The interior of this duplex was completed by NA3 Studio di Architettura to make the house is fluent, detached from pre-built or outdated models. Expedients that accompany the life of a man living in the modern age. 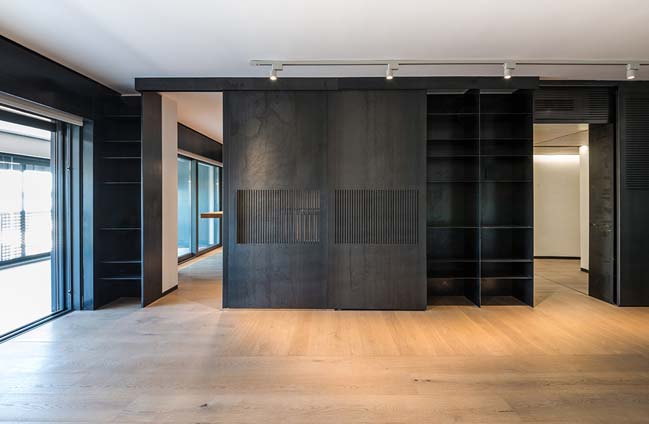 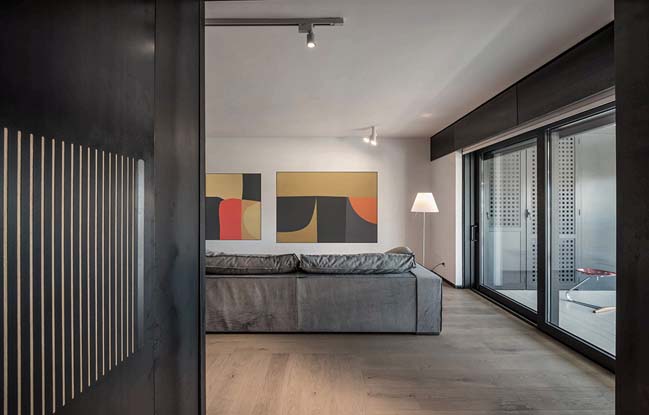 From the architects: The interior of a duplex is found in this context, in a newly erected building.
Here, the character, power and determination prevail, opposed to the lightness and ductility of an evolving life: that of a young man, under thirty years of age. Here, there was an ancient ice factory. 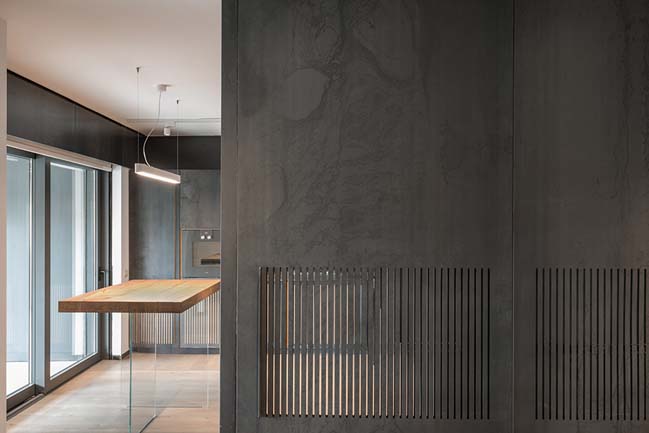 The connection is the focus: a continuous, equipped panel in raw iron and wood, thought as double wall, branches out into three spatial axes to thicken the consistency of one of the main building components. Value is conferred to the structure through additional panels that merge, loosen, huddle around, re-open and lastly extend; synchronous, inverted, alternate, they embody, unveil and gather the intimacy of this home: the panels are diaphanous to see, glimpse, conceal, discover, double: a wardrobe, an entrance, a hall, a large kitchen, a bookcase. 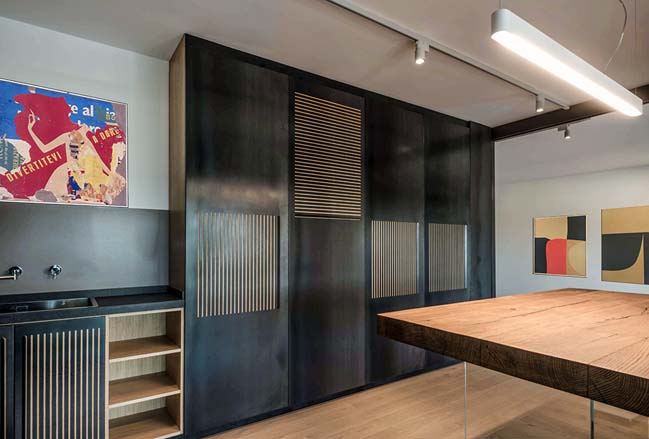 The person inhabiting these spaces is a young man being formed, an evolving life, the human being wishes to reveal himself but also hide and feel protected. It is a home in balance between safety and adventure. Everything is possible here and now: for this reason, it is a bare, material interior where the primary element is the limit, intended as delimitation of a boundary or a corner. Raw, hard iron and noble, ductile wood compensate each other in the character and through all spaces; they attribute the reciprocal destinies to each other in a rhythmic score and dialogue in synch, revealing their essence.  And as a minimalist musical score, apparent seriality brings out the uniqueness and unrepeatability of the single detail, even if in minimal changes. 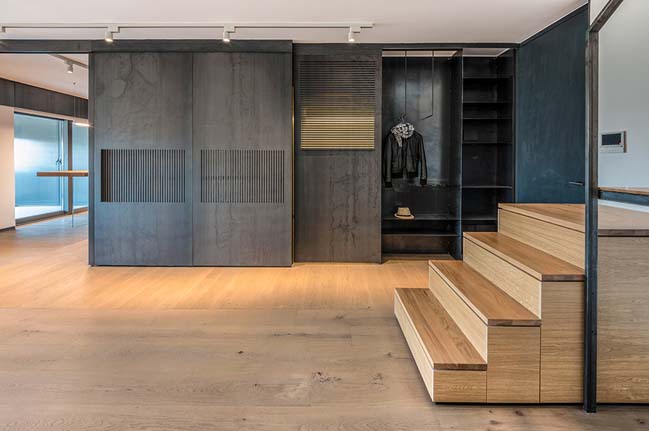 The corner, thought as bond, stands out from a drawing that is never marginal, but alive, designated and re-lived. As in the scale: the two heavy material hubs, at departure and arrival – wood on the floor and totally iron in the slab – the linear layout of the cantilevered treads at the centre is instead light. 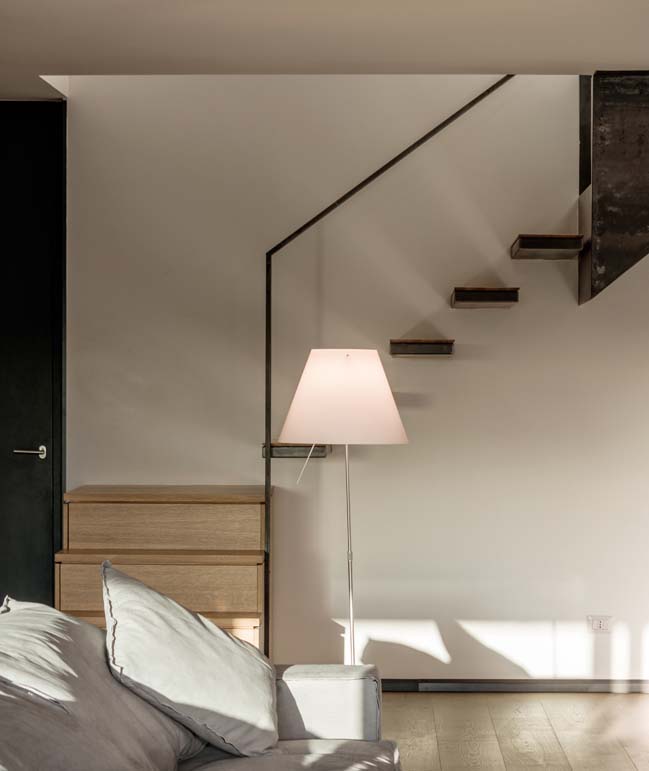 Two different views are present: the iron skeleton-like structure viewed from below, while from the top, the entire body in wood and iron, in its whole.   A constant reminder to the three dimensions, focused on the edges of the corner, rarefied by the mirrors but at the same time creating unusual optical illusions. The wood ceiling reflects the floor design and reproduces the distribution pace of the container. The sensation is that of alienation and re-discovery of the space, a new challenge by going back to the corner, to the limit – as in football- and then resume from it. 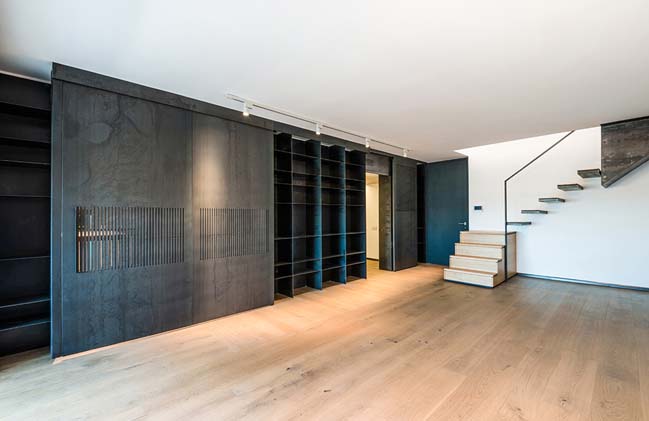 A continuous band, first skirting and then handrail, runs along the stairway ending attached to the slab, configuring a protection that reminds the ropes of a boxing ring. In the master bedroom, the central, fixed position of the wardrobe divides and separates the private space, creating different functions: partly path and container, and partly headboard and server. The floor in oak is designed to bring out the resident’s paths along the iron panels; the large framed windows to introject and then revert the feeling of discovery and astonishment instilled by the urban landscape. The spaces are fluent, detached from pre-built or outdated models. Expedients that accompany the life of a man living in the modern age. 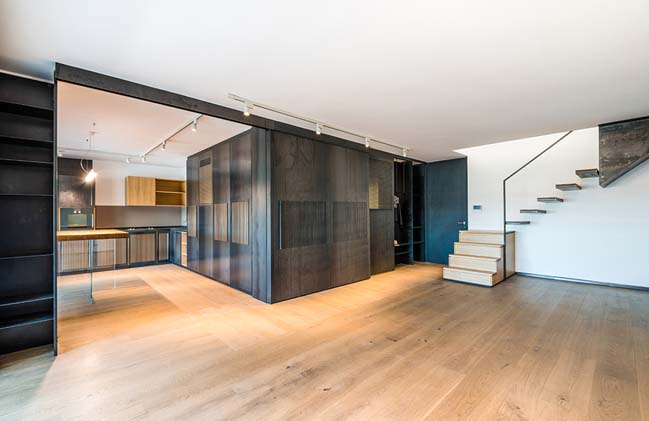 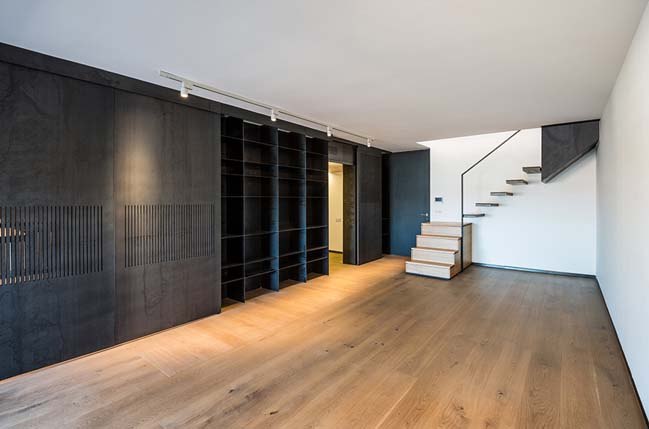 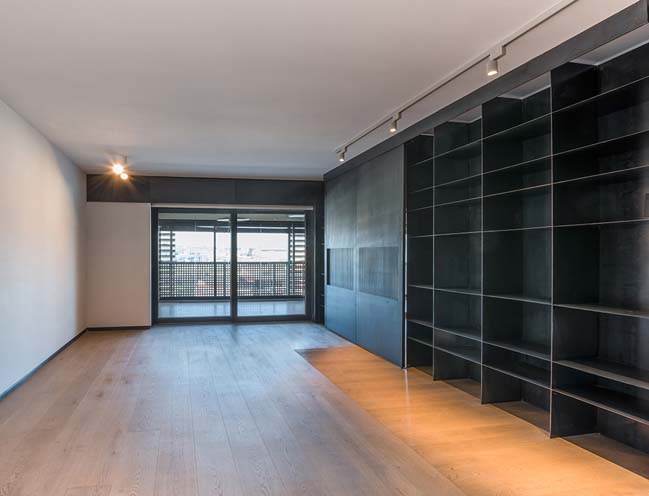 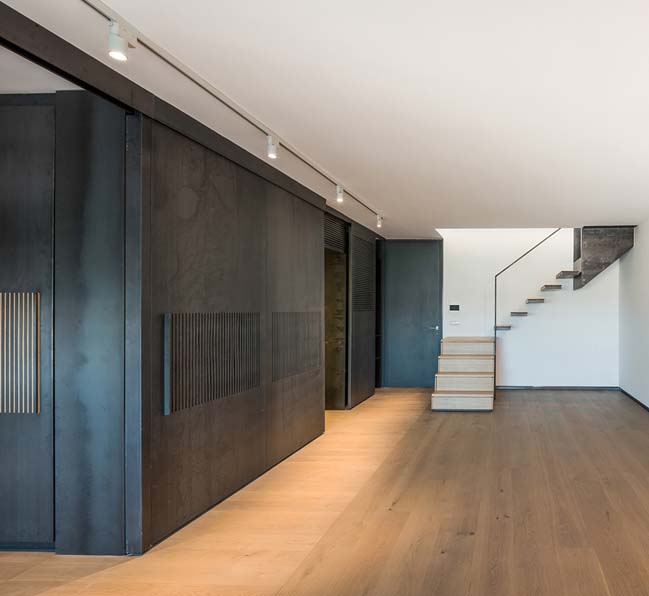 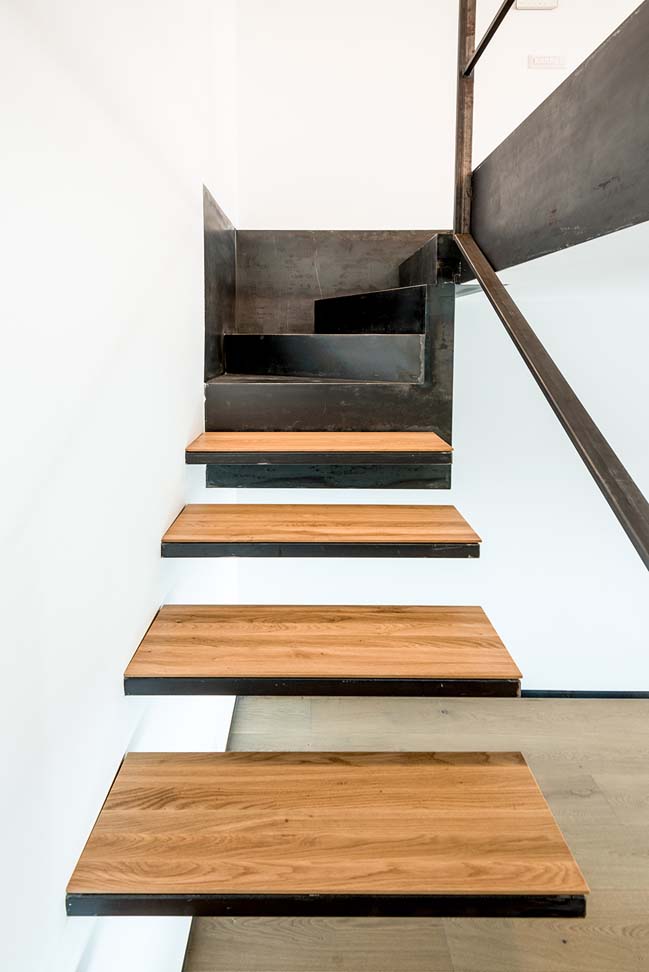 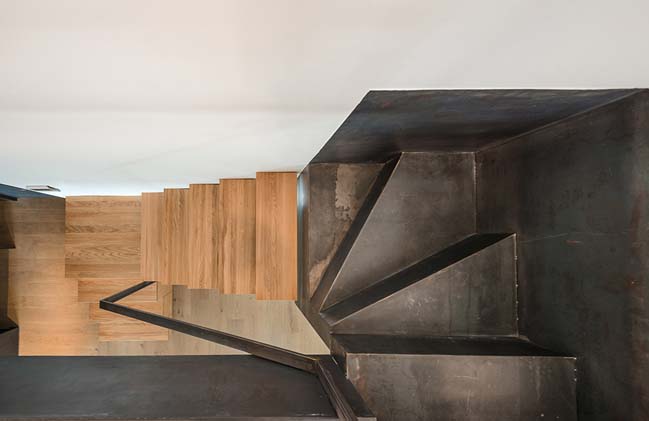 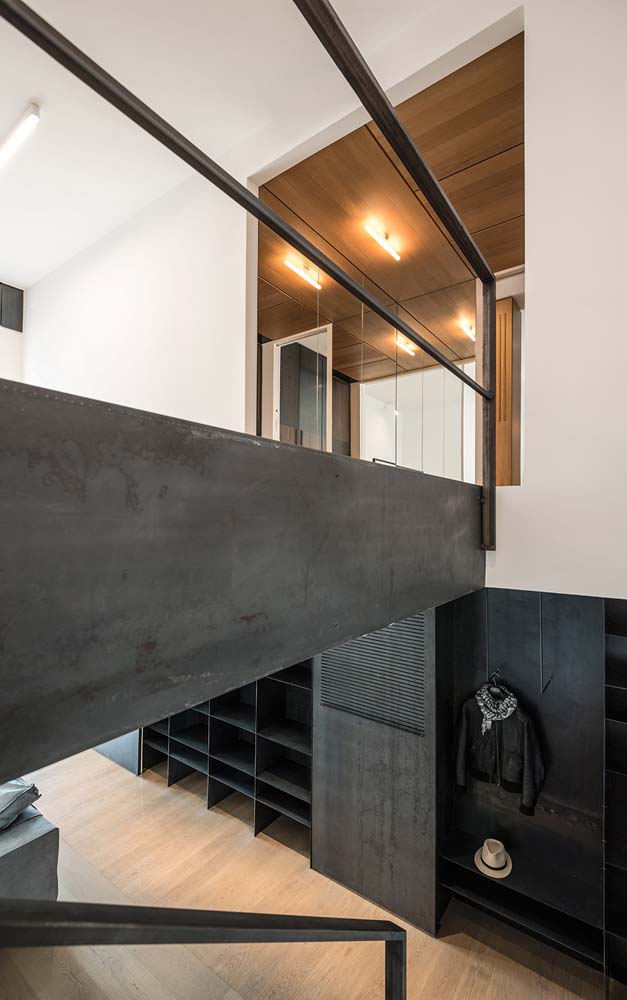 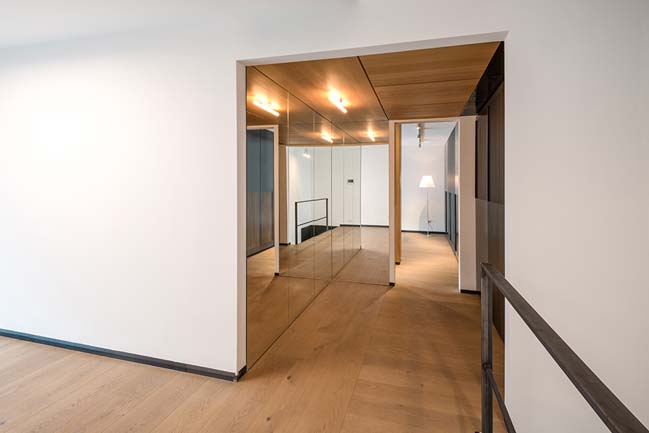 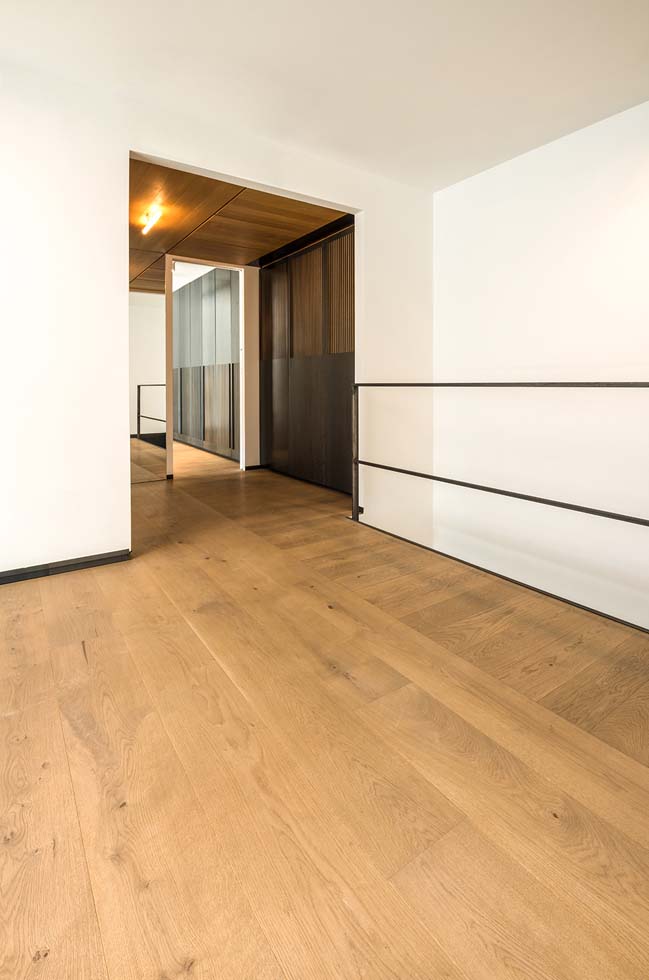 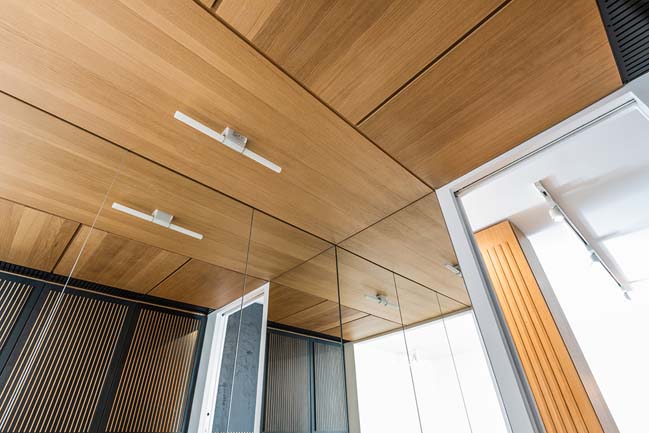 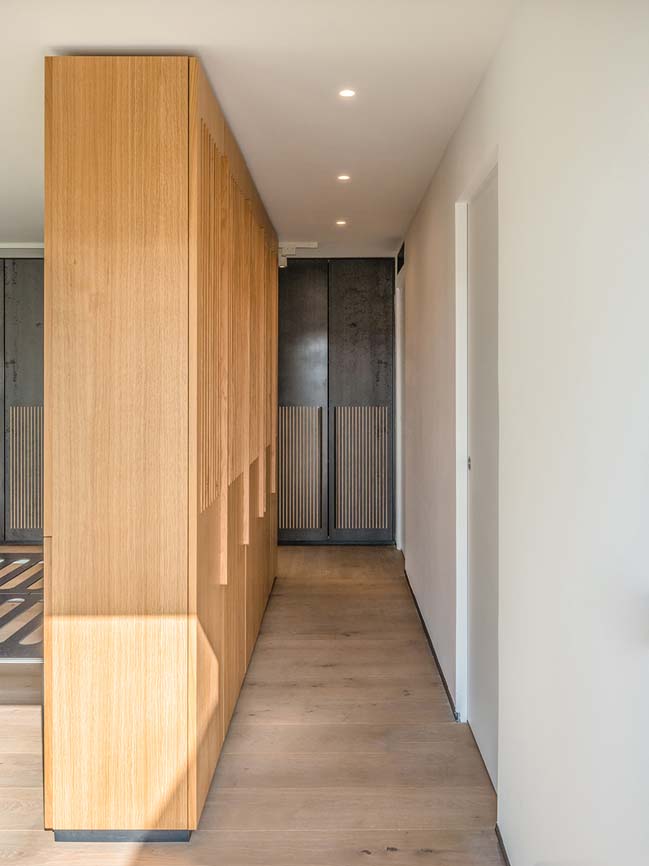 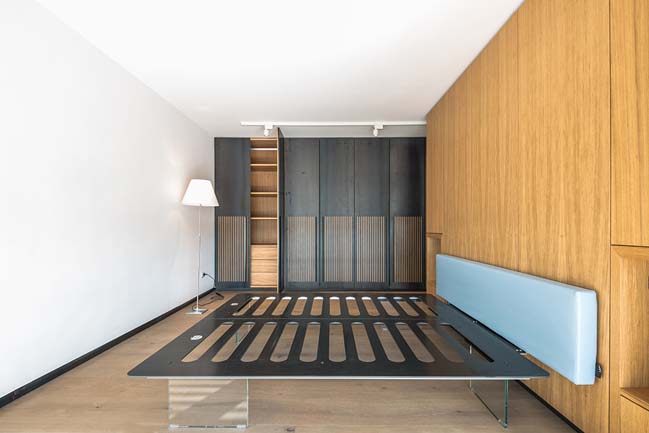 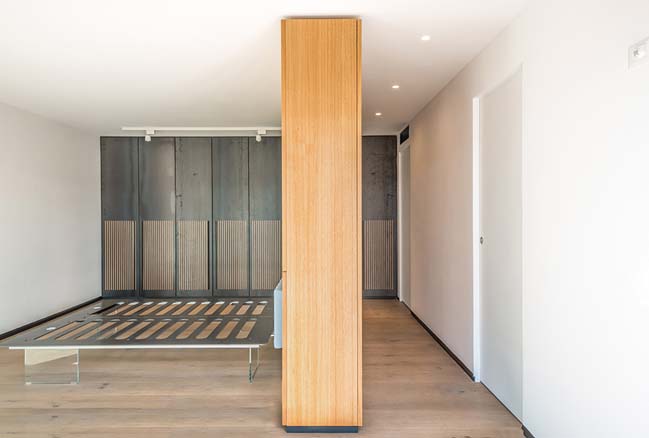 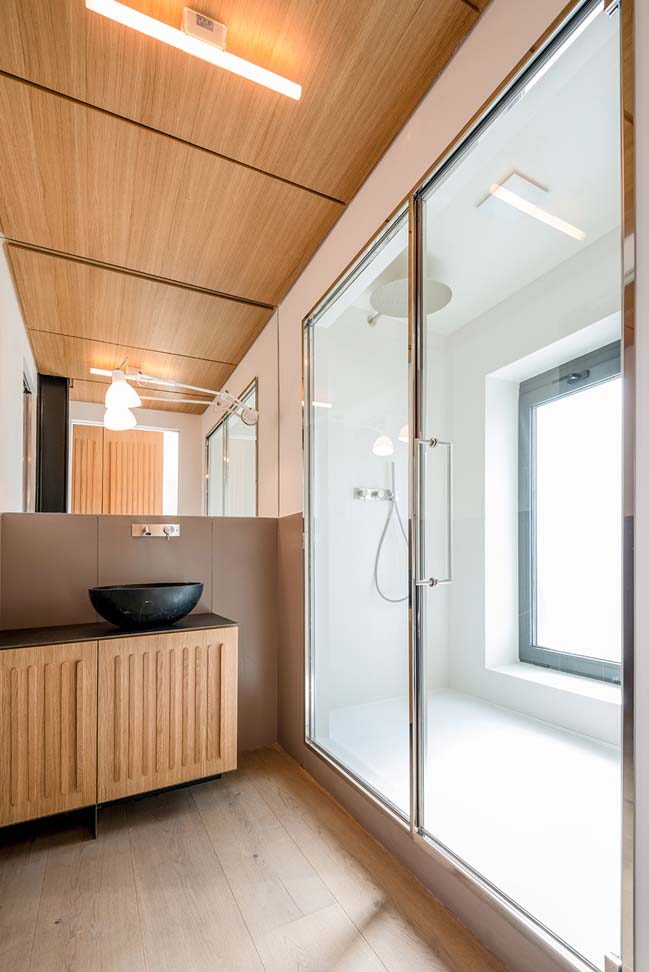 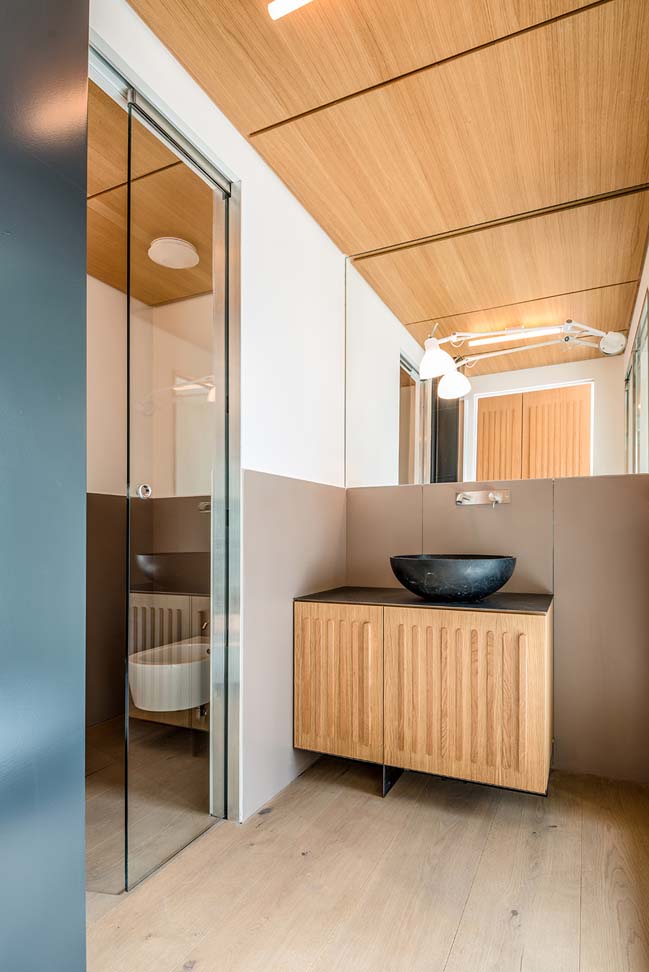 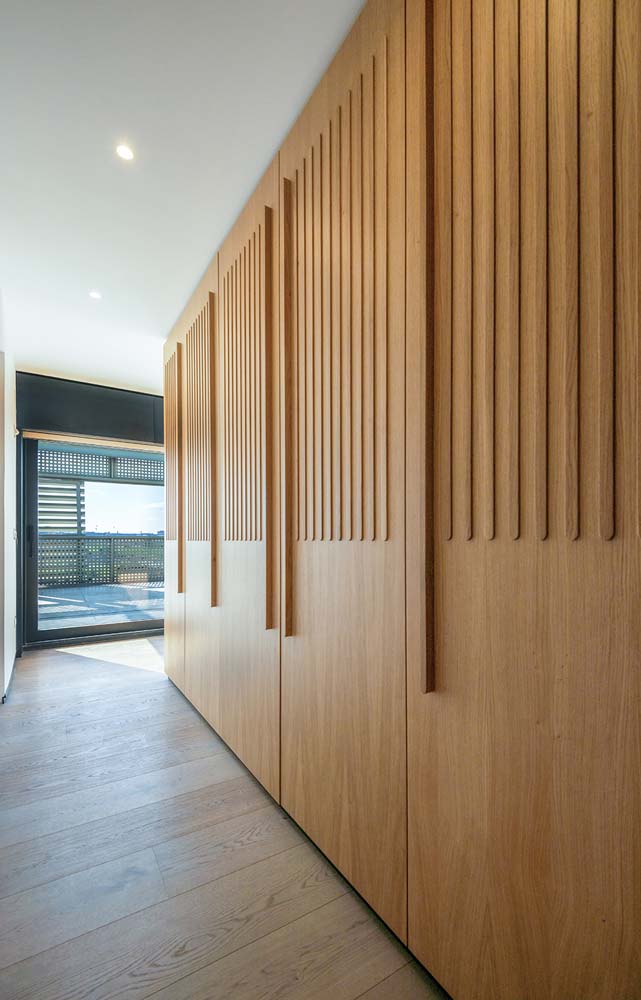 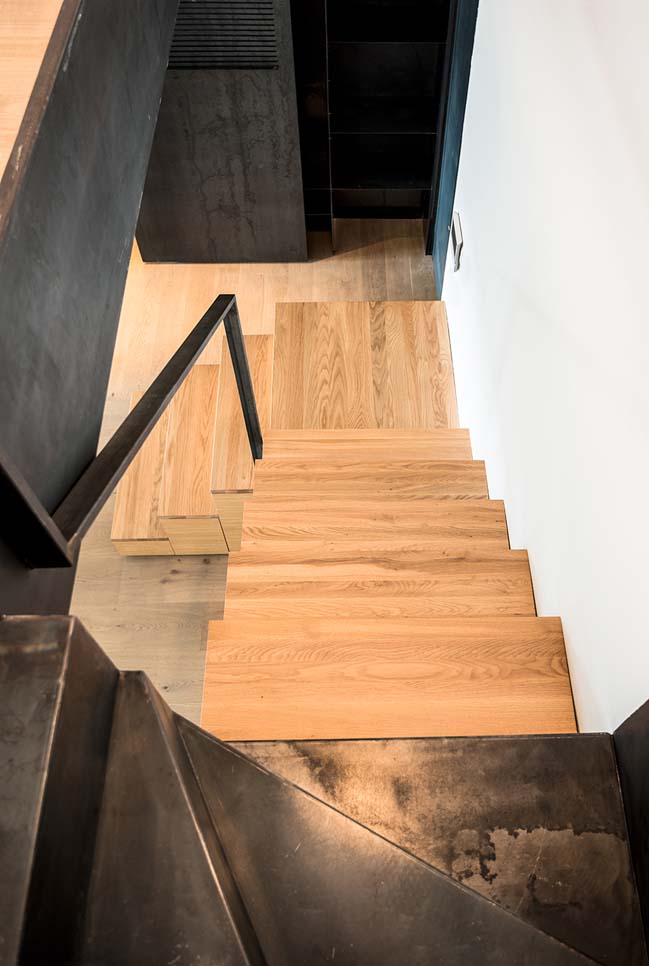 06 / 11 / 2017 The interior of this duplex was completed by NA3 Studio di Architettura to make the house is fluent, detached from pre-built or outdated models...