THAT House is a contemporary two storey house that was designed by Ausin Maynard Architects to create a home that is almost half the size of its neighbours without compromising liveability. 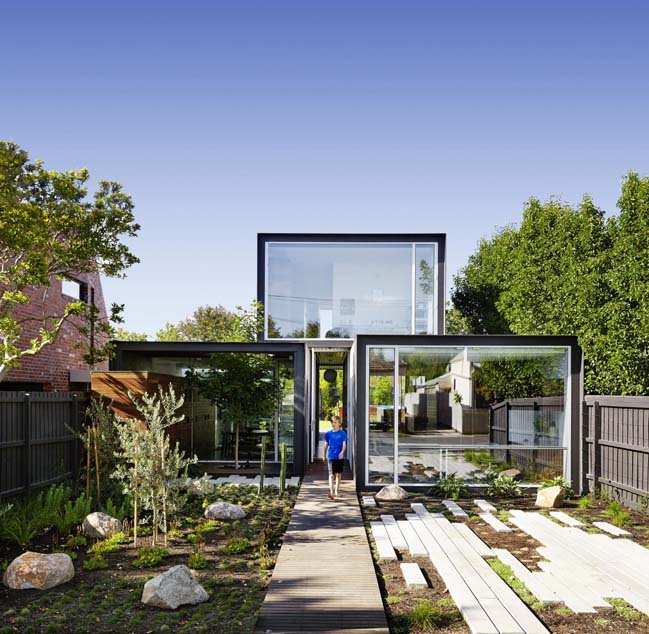 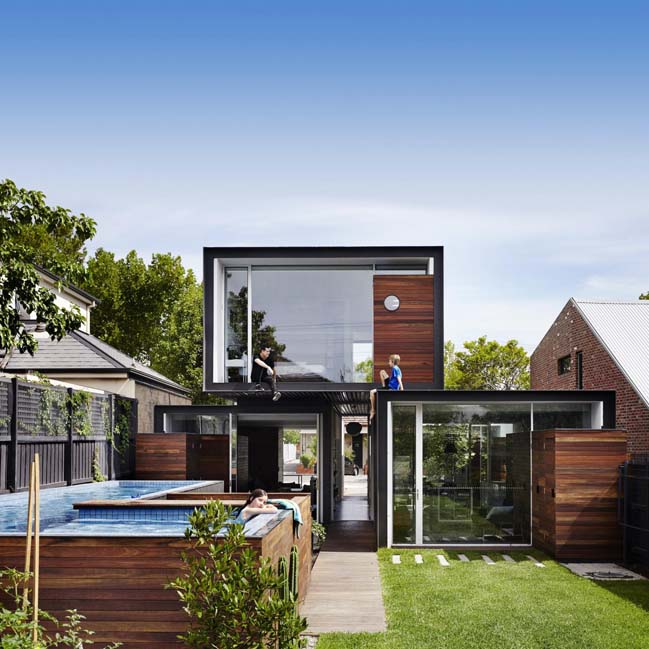 From the architects: Australian homes are the largest in the world. This is a significant problem for Australia. A stable economy, aspirational culture and relatively flat topography have enabled Australians to occupy homes that are far bigger than they require. Melbourne’s flat landscape, loose topographical boundaries and a rapidly growing population have meant that large homes have spread over the food belt and into arid areas. Large homes, and their associated sprawl, are highly problematic. Services and infrastructure, such as food, water, electricity, communications, health and education are stretched at great expense to the public, both financially and environmentally. Large, deep homes are less responsive to the climates of Australia’s cities. Therefore heating and cooling demands are radically increased. Large homes, and the subsequent sprawl, place significant demands on private car ownership and associated infrastructure, which is by far the least sustainable transport option. People who are unable to drive (the elderly, children, people with disabilities, etc) are often left isolated without reliable alternative transport options. Walking and riding become difficult, and often dangerous, in sprawl areas. 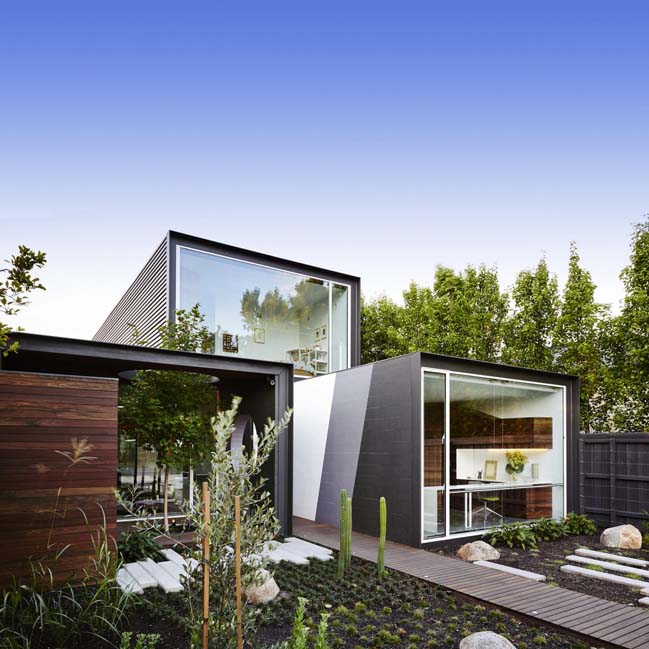 Like many of our wonderful clients, the owners of THAT House are keen to able to open up to the community rather than permanently hiding or fortifying themselves. As Australian homes and culture become increasingly inward looking and protective, AMA is reacting against this trend. THAT House can open up to the outdoors, both private and public. Importantly a house that can be very transparent needs to be able to adapt to multiple privacy needs. Hence we have installed upwards blinds to give the owners control over their level of privacy. How many times have you seen huge windows with their blinds permanently down? This happens because of the binary a downward blind creates. A downward blind provides no privacy until it is completely down. An upward blind enables you to cut out almost all view into a home while still being able to look out to the garden, and the street beyond. This gives control over all levels of privacy and intimate control over the light let into each space. 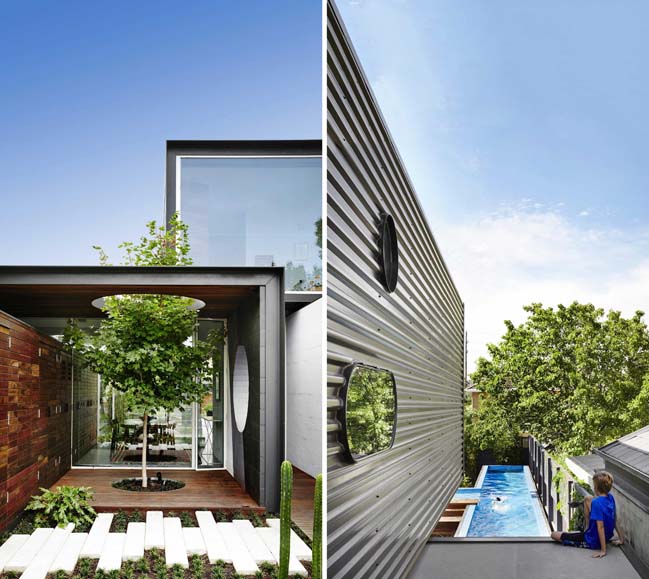 Running through most of our projects is the concept of being alone, together. In its simplest terms we aim to have secluded spaces within  shared spaces. We’re not fans of open-plan living. We also avoid completely enclosing rooms or functions. We try to make the connection of each space adaptable and loose. The ground floor of THAT House is ostensibly open, however the arrangement of spaces allows the owners to be together, or secluded, or any level of engagement in between. For example someone could be quietly reading in the study, whilst another family member watches cartoons in the sitting space, and two others are discussing football at the dining table. They are within a large, shared area, however it is not a noisy open plan, nor is it a series of enclosed cells. THAT House enables the residents to be as engaged or as removed from the family as much as they wish at any time. If your spaces can adapt to suit your mood, the weather, time of day and usage, then you don’t need numerous rooms. Adaptable, complex areas allow us to make the most of our space, while keeping our homes modest in size and enabling us to have large, well-connected outdoor spaces and gardens. 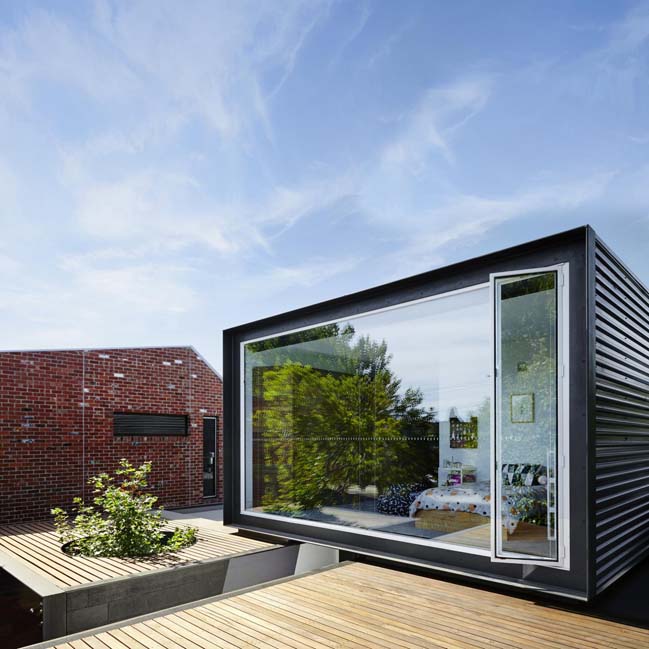 Lets be clear, THAT House is not a small home. It’s not a solution, nor ‘new prototype’ for Australian housing. However within its context THAT House is defiant and resistant. THAT house is a conscious effort to build a home that is almost half the floor area of its neighbours, yet without compromise of spatial types, functions and quality. The fear of not having enough, or leaving something out that you may need later, is a real fear. However with good design and planning, modest size homes are not compromising. In fact due to their access to the garden and the sophisticated nature of their internal spaces, well designed smaller homes are far superior to their bulky, poorly-considered neighbours. 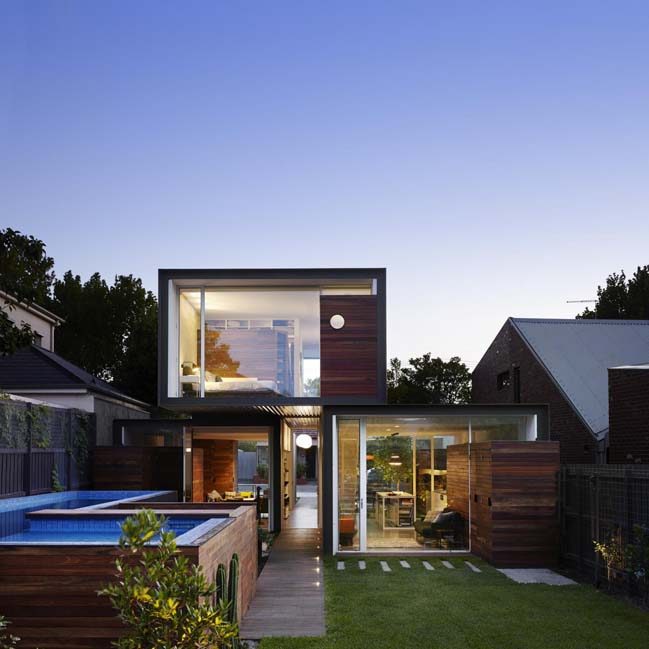 Like all of our buildings, sustainability is at the core of THAT House. We have optimised passive solar gain into all north facing windows. All windows are double glazed. We have no glazing on western facades and limited glass on the eastern facades. White roofs drastically reduce urban heat sink and heat transfer internally. High performance insulation is everywhere. Along with active management of shade, and passive ventilation demands on mechanical heating and cooling are drastically reduced. A large water tank has been buried within the rear yard. All roof water is captured and reused to flush toilets and water the garden. Where possible we have sourced local trades, materials and fittings. Solar panels with micro-inverters cover the new roof. 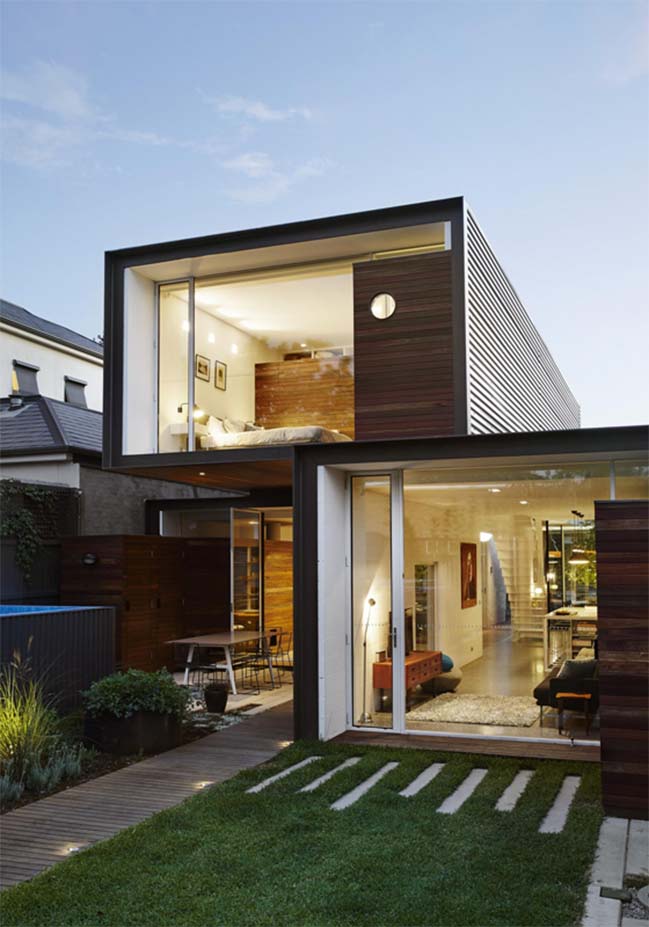 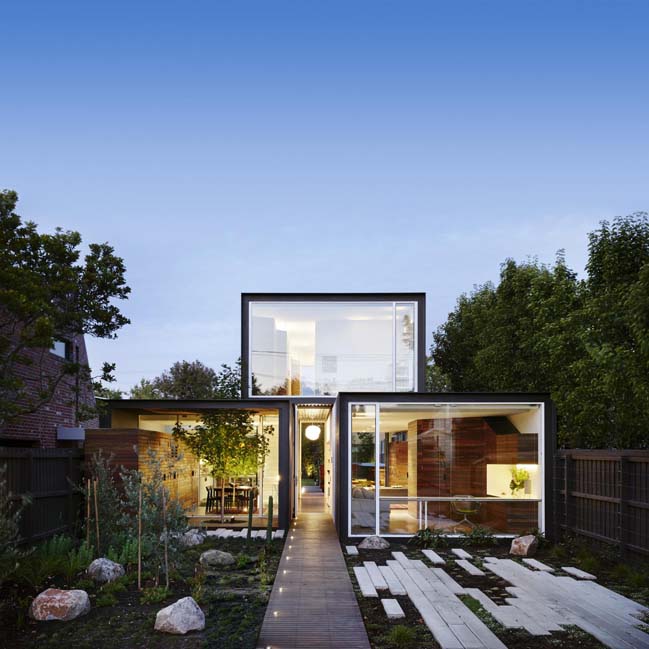 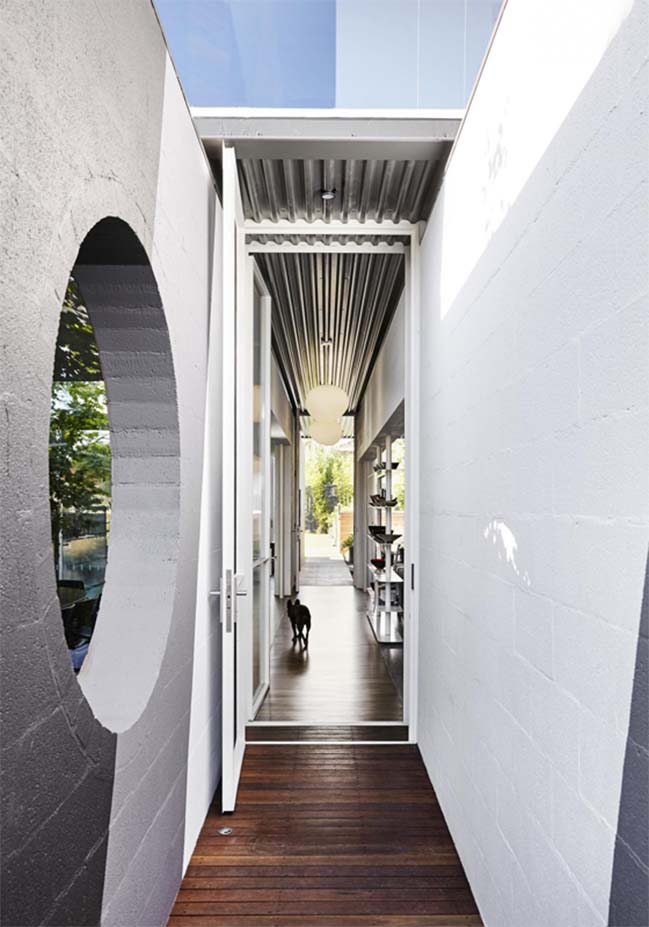 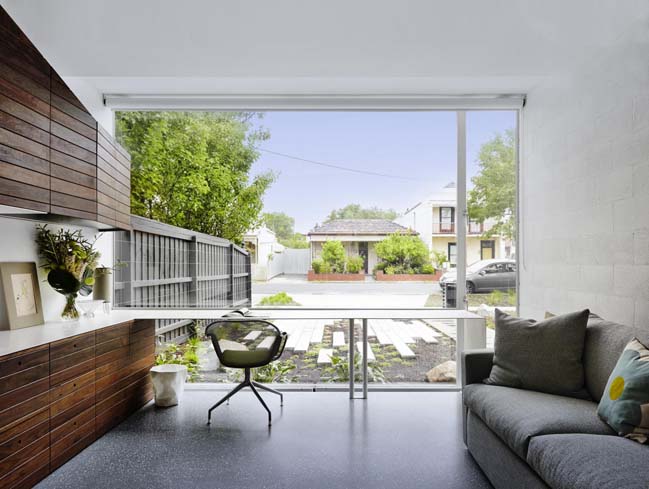 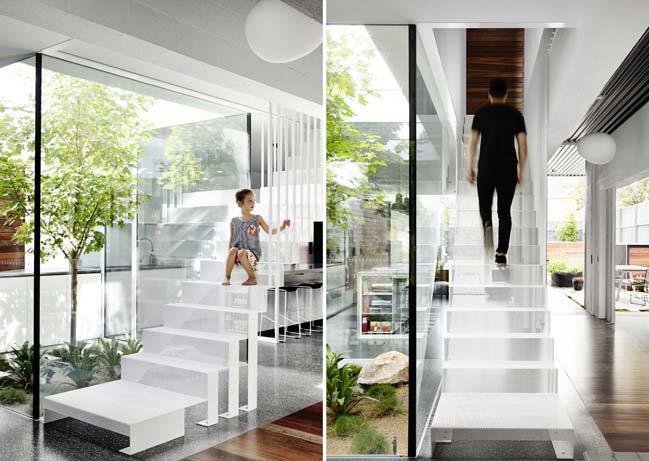 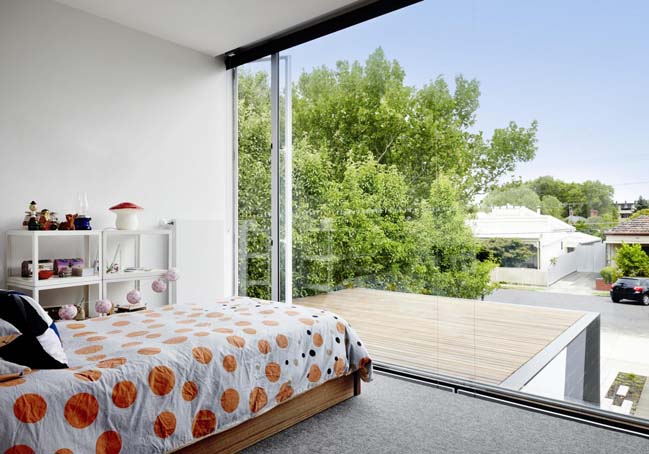 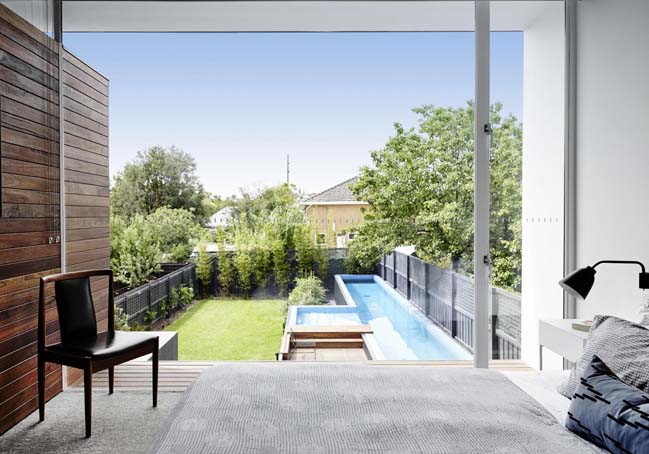 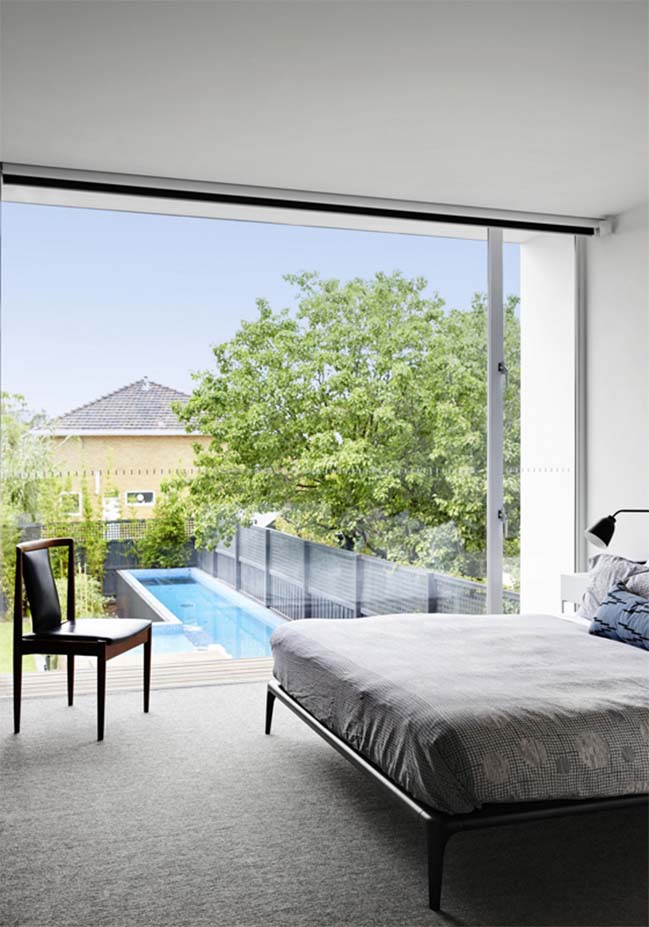 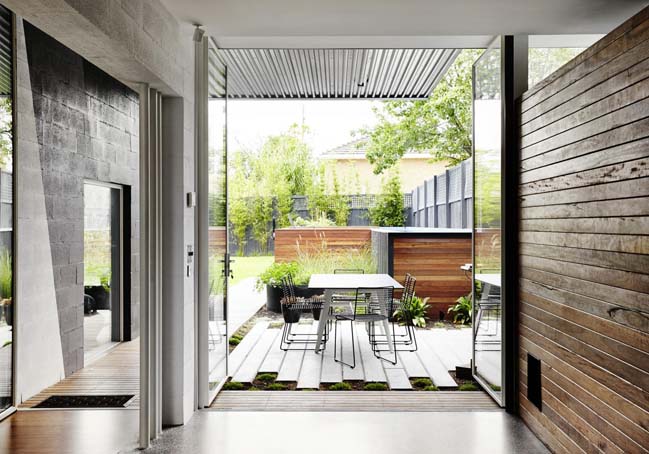 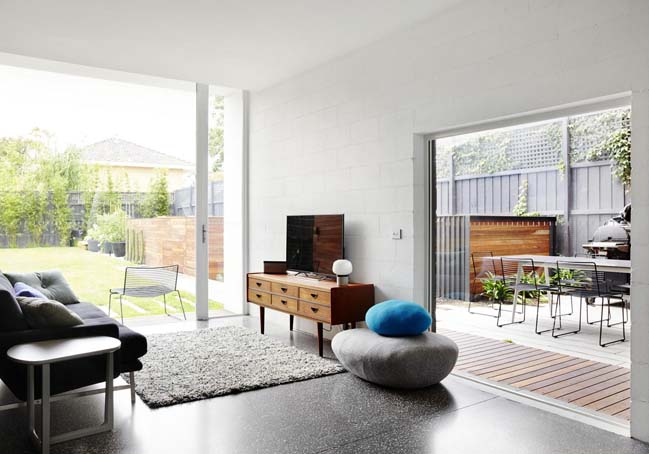 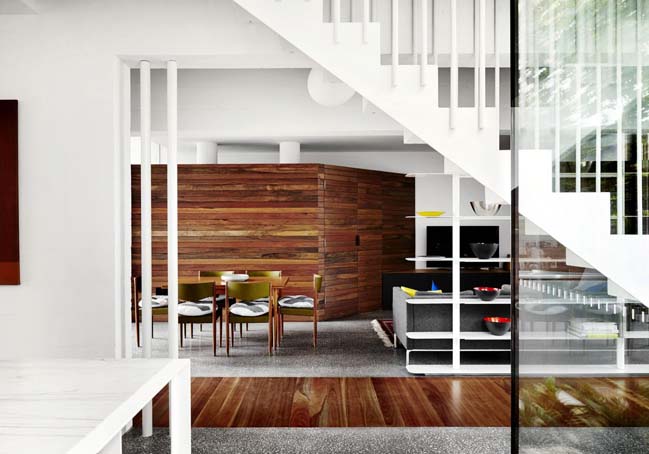 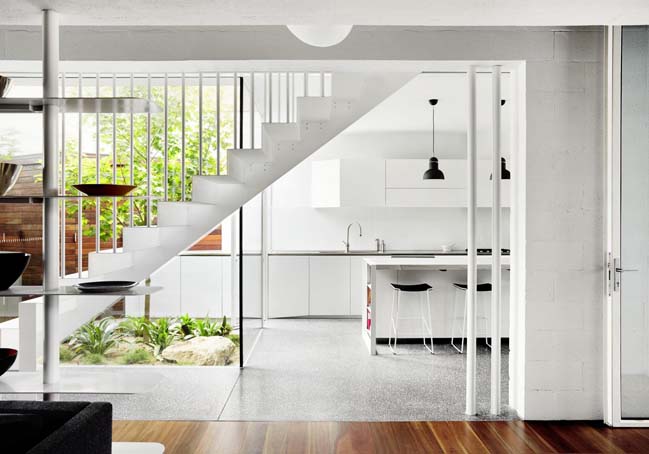 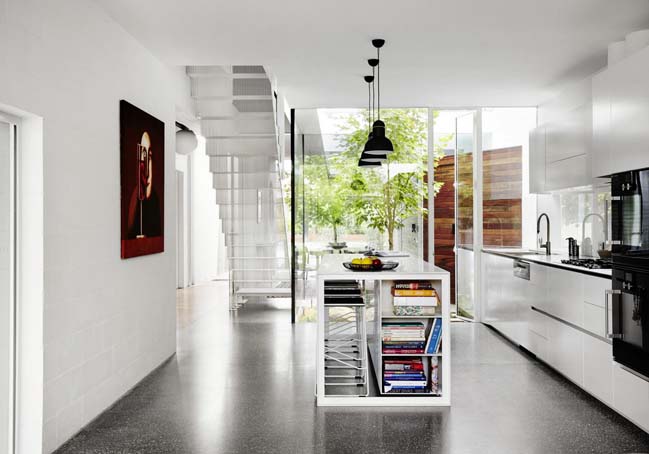 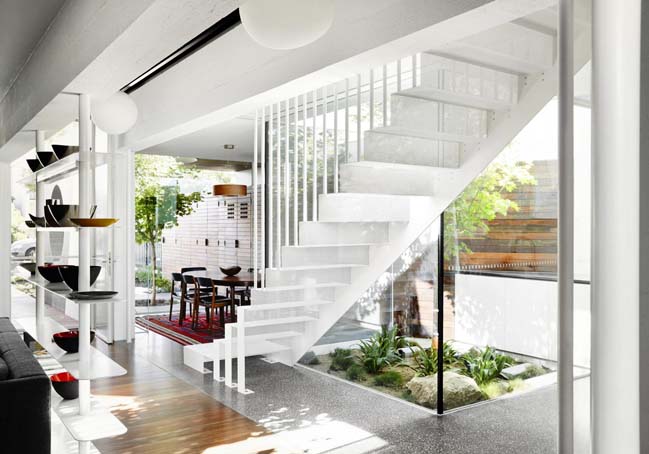 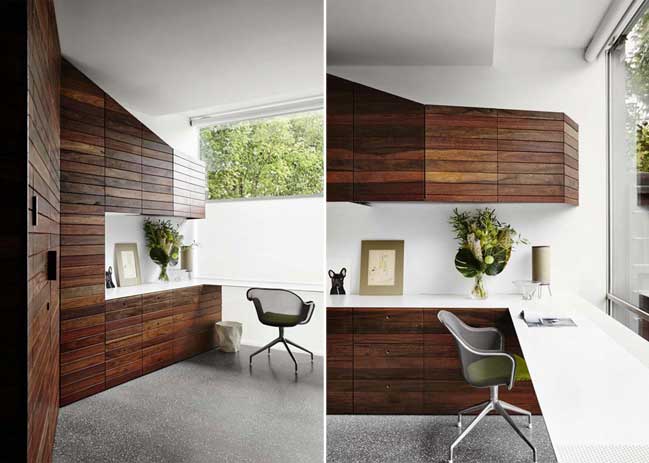 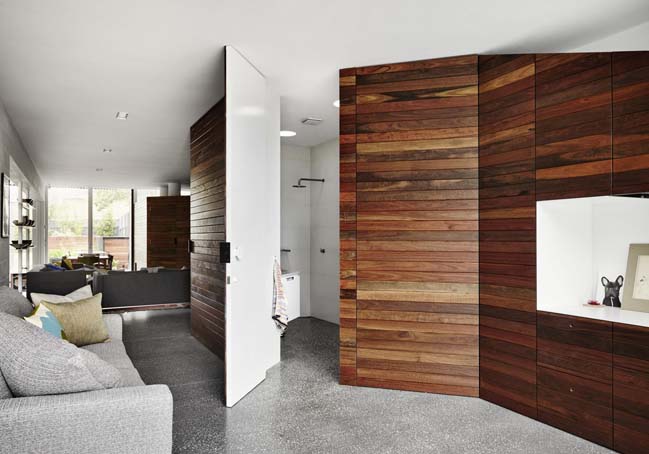 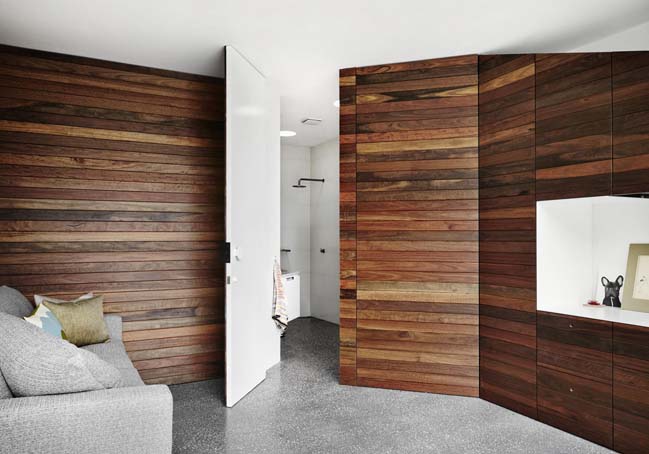 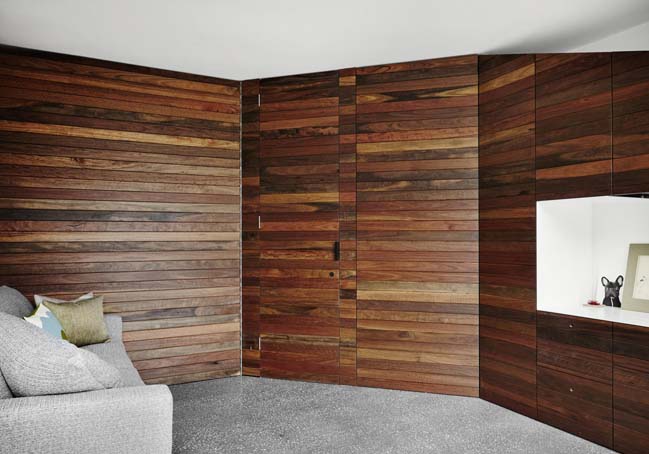 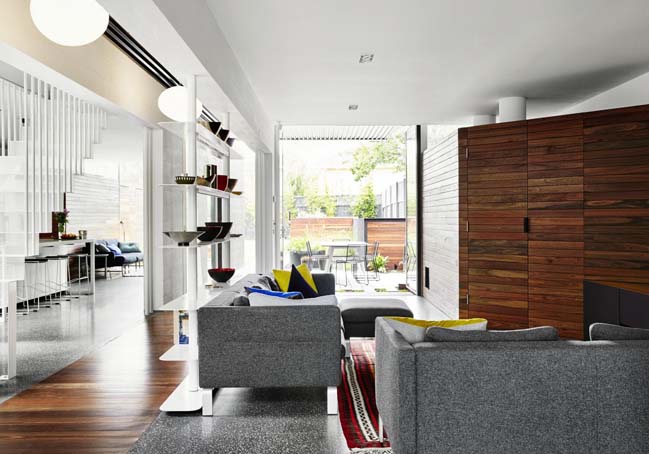 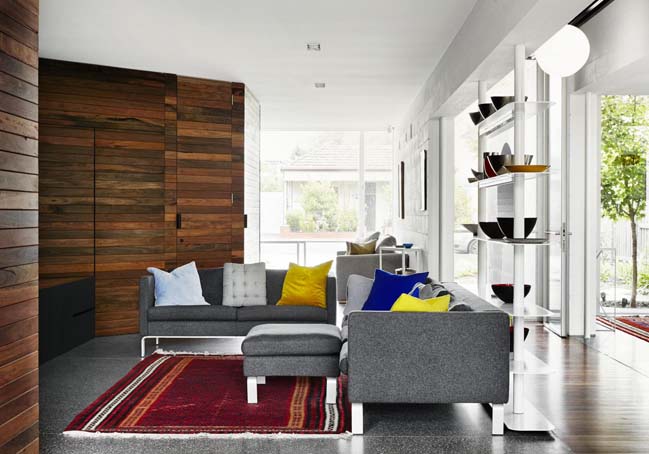 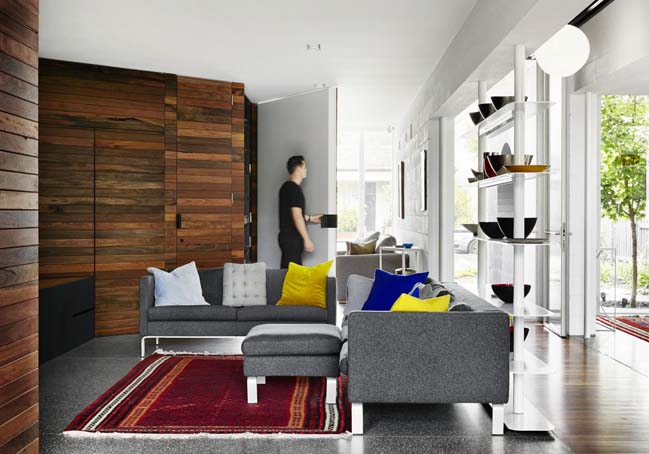 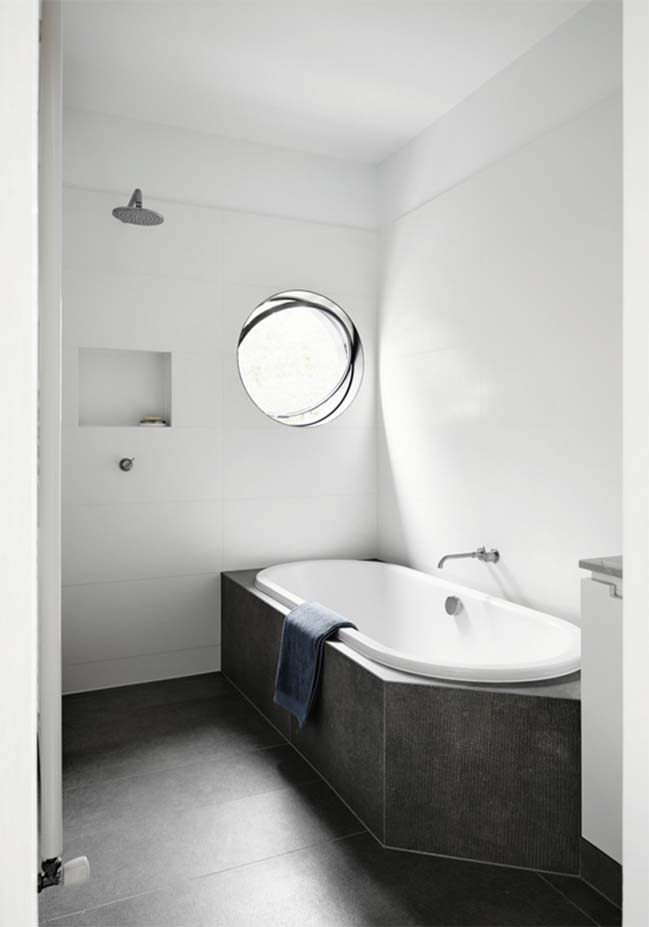 02 / 26 / 2016 THAT House is a contemporary two storey house that was designed by Ausin Maynard Architects to create a home that is almost half the size of its neighbours without... 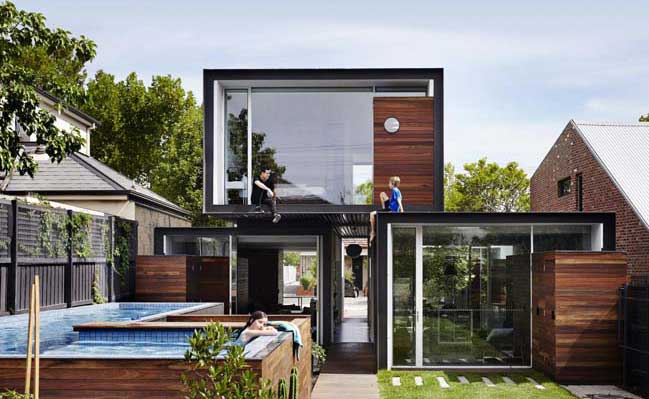