Villa Pernoi is situated on a large plot, facing east and south. The view becomes immersed in the intense green of the surrounding area, in the wide sweeping bay of Lagos and in the changing tides of the Alvor estuary. 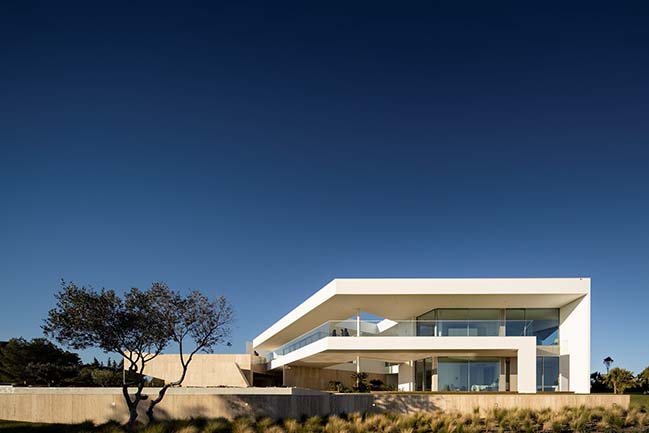 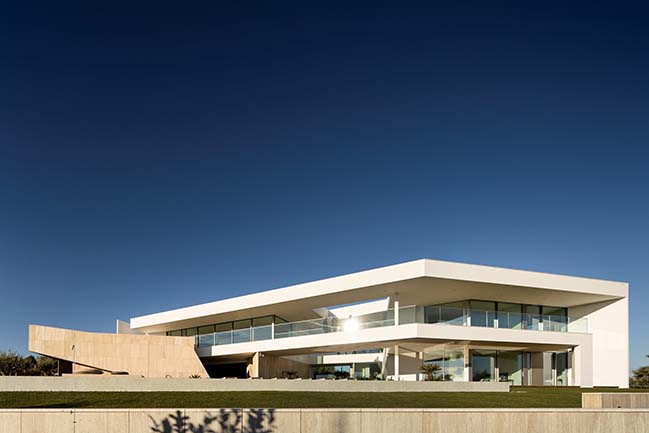 From the architect: The client’s specifications, the topography and the extensive views needed an organic design to take advantage of the different points of interest, of the scale of the surroundings and the connection with the place where the house is built. 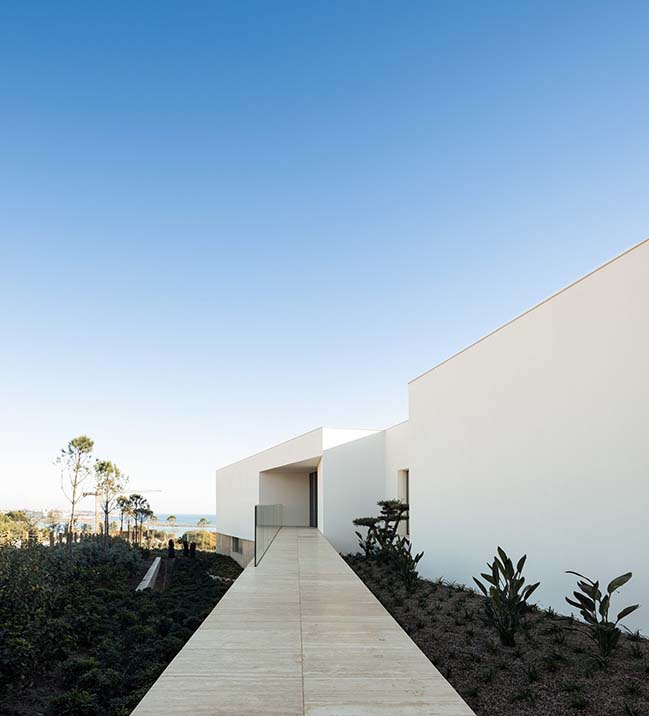 An open space lets the garden go through the house, giving it a garden patio. It is the negative of a volume, a non-space, or a void, without any other use. This patio serves to organize the views and to give the house the sense that it holds it together. The clean angular lines leading from this patio establish the best connection with the lines and scale of the surrounding land. 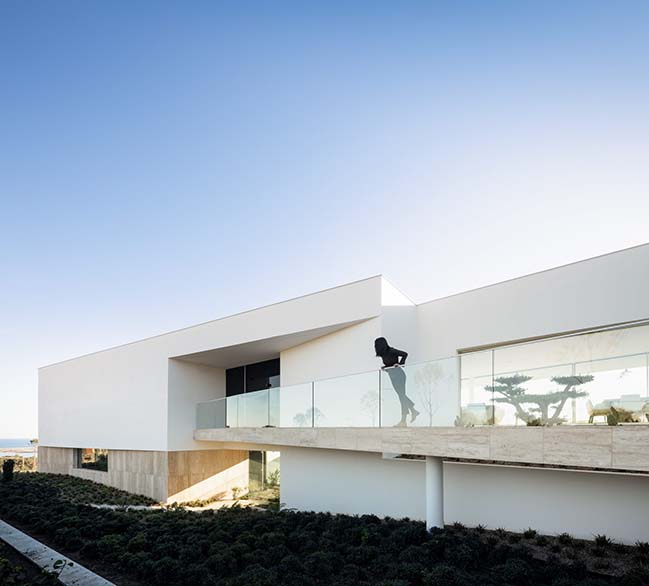 Moreover, the relationship of the house with its natural material, travertine limestone which covers its entire lower floor, is also evident.  It simultaneously lessens the scale of the building, nestling it in the ground and visually loosening the white of the upper floor. 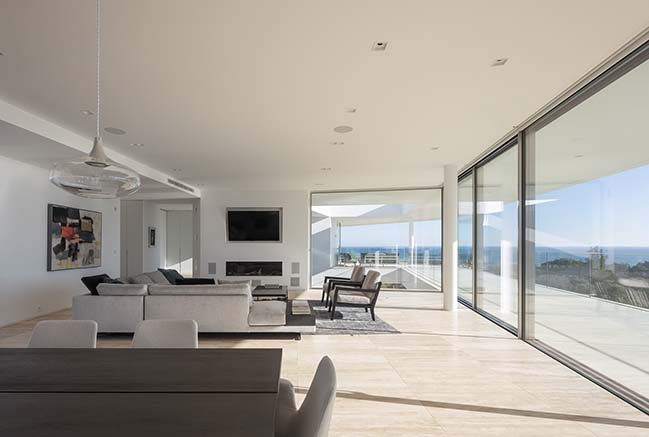 The upper floor floats over the garden, as does the walkway that gives direct access. This is the floor where the living room, kitchen and adjoining terraces coexist in a spacious area, with different views and atmospheres. The two largest bedrooms, with private patios, are in a more secluded part of the house. 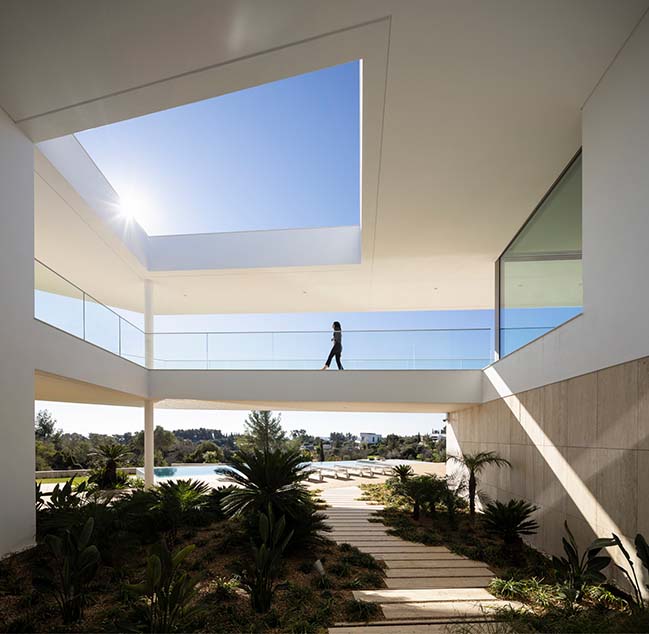 On the lower floor, which serves as a basement, are the other bedrooms and also support areas for the running of the house. On this level, the long rectangular swimming pool appears in the middle of the garden.

The house wants to be discreet, quietly settled in its place. 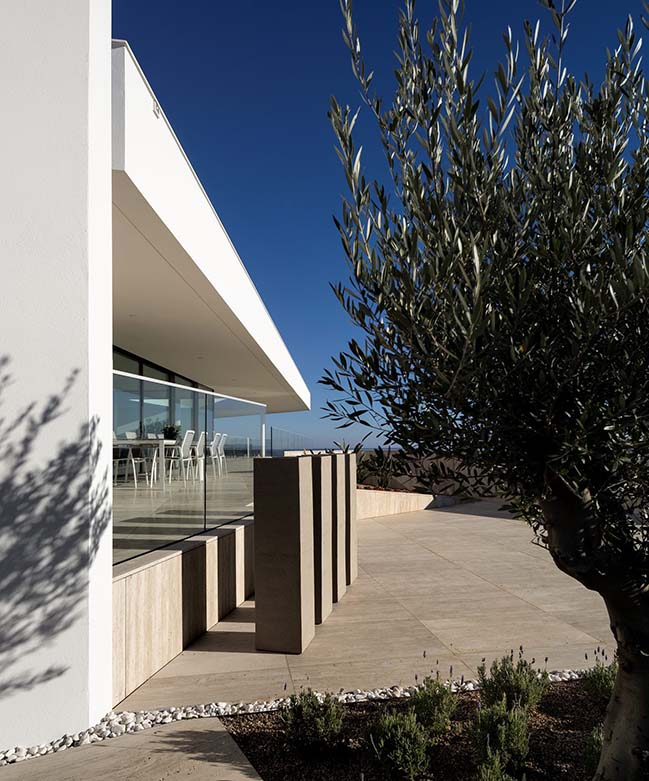 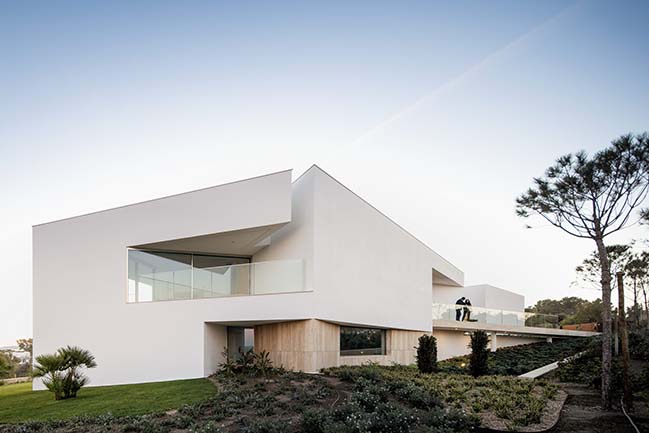 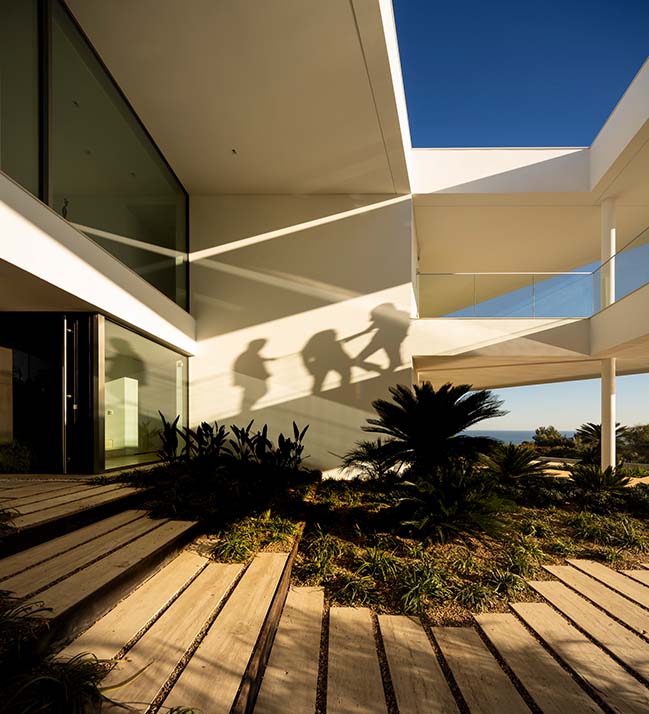 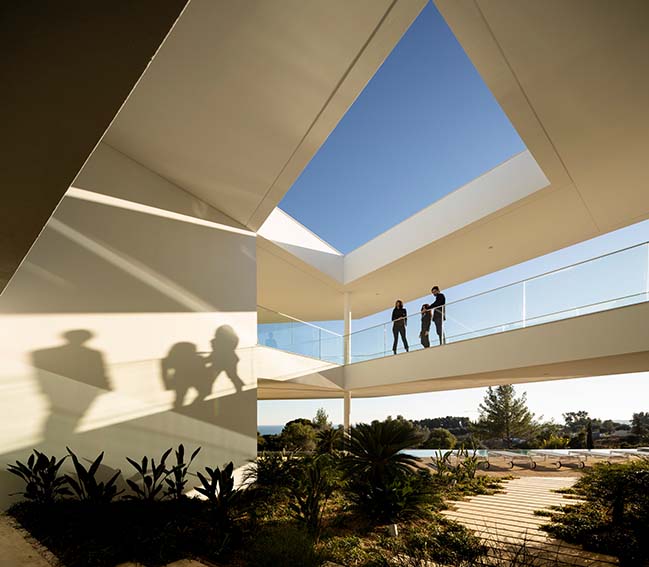 YOU MAY ALSO LIKE: Sencillo Beach House in Lagos by cmDesign Atelier 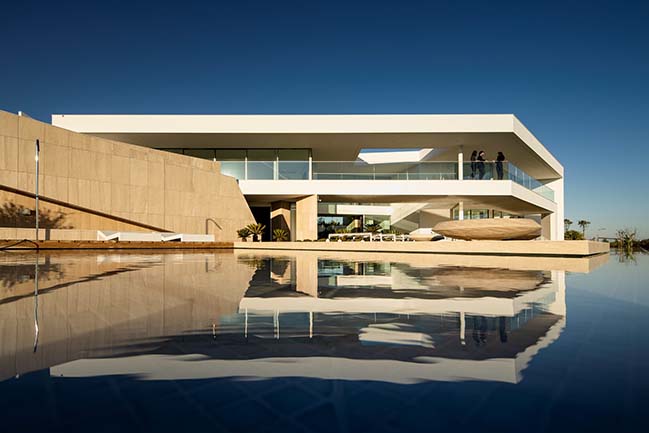 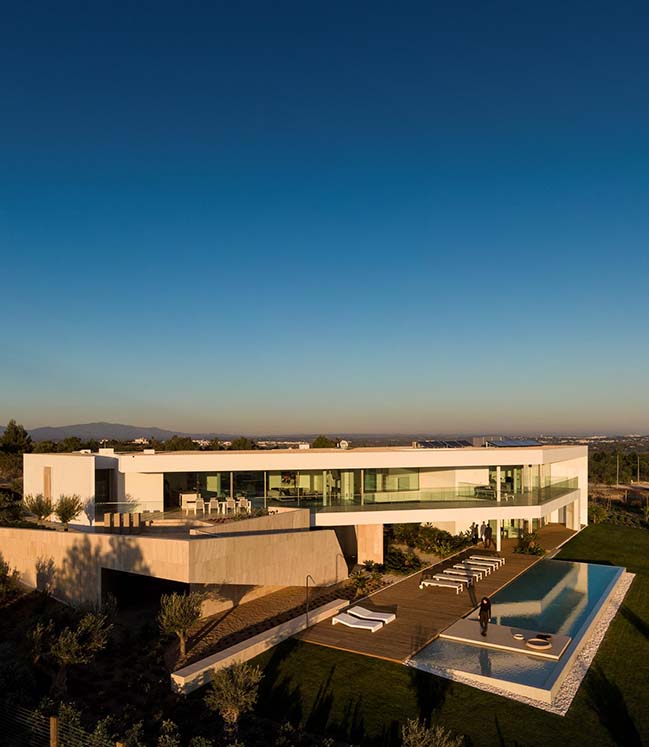 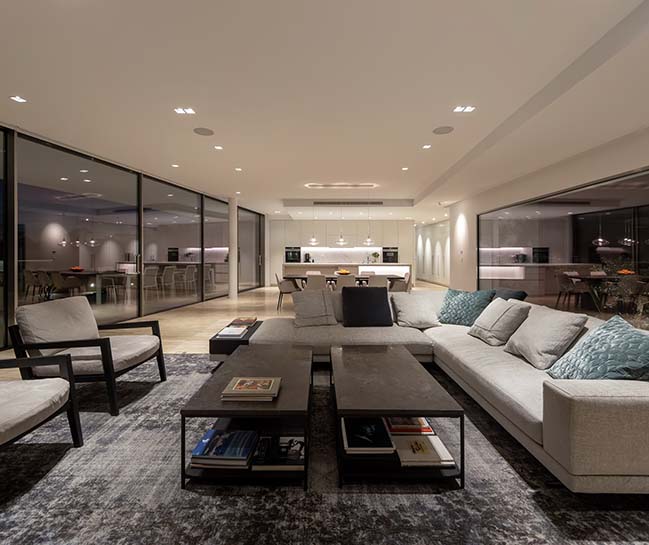 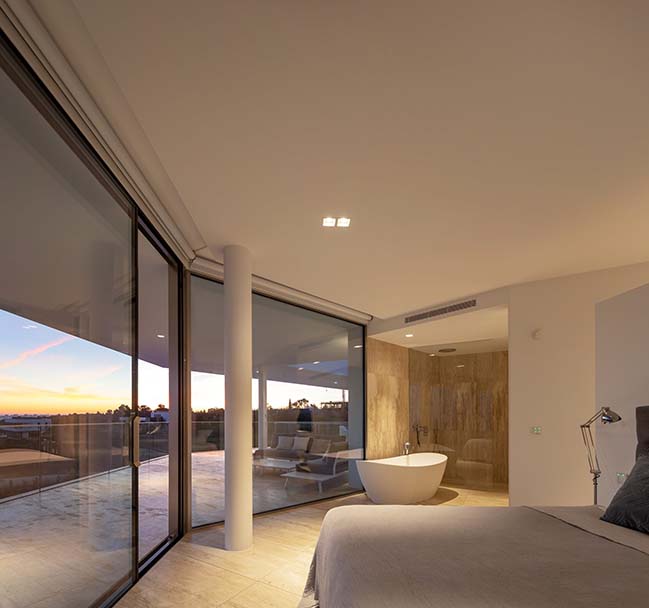 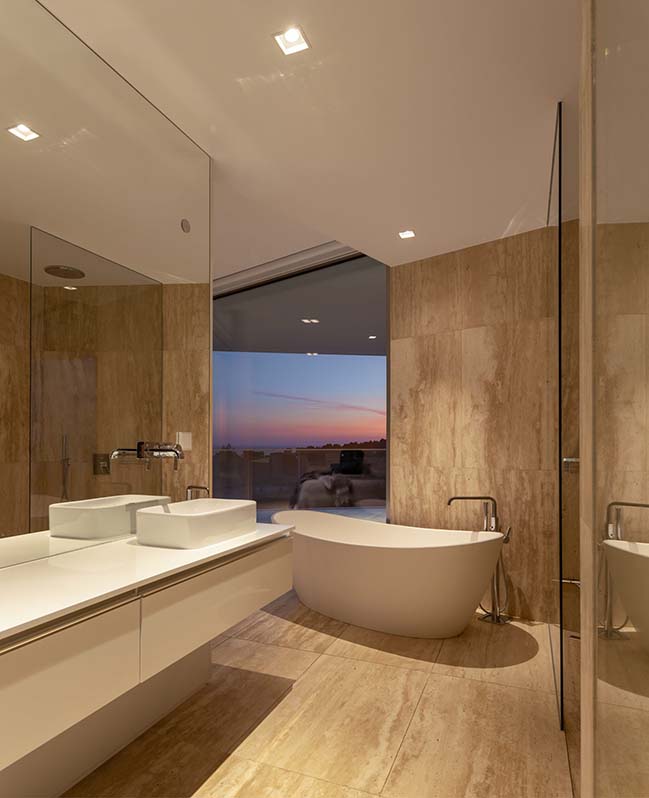 YOU MAY ALSO LIKE: Lagos's Wooden Tower by HKA 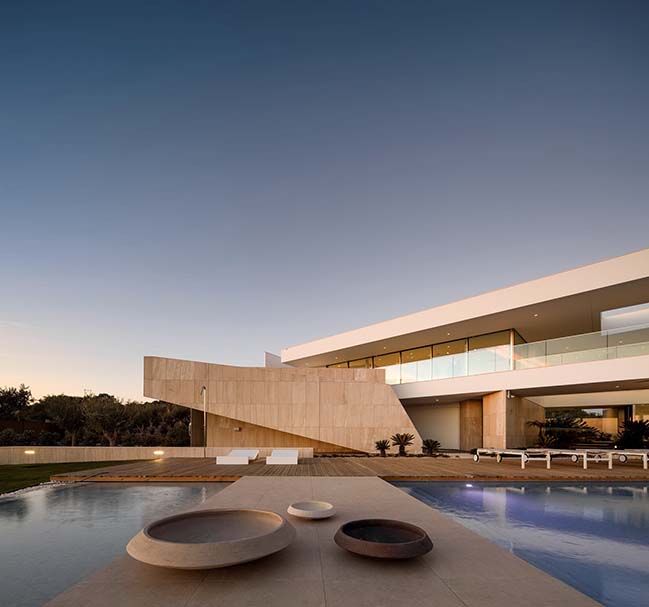 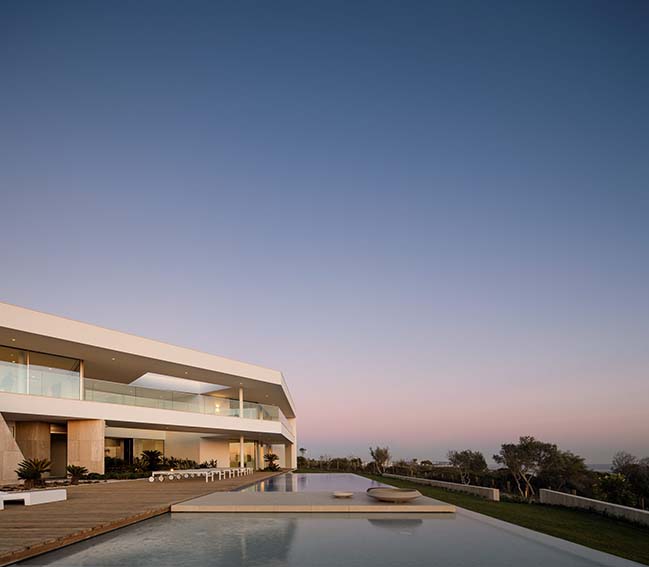 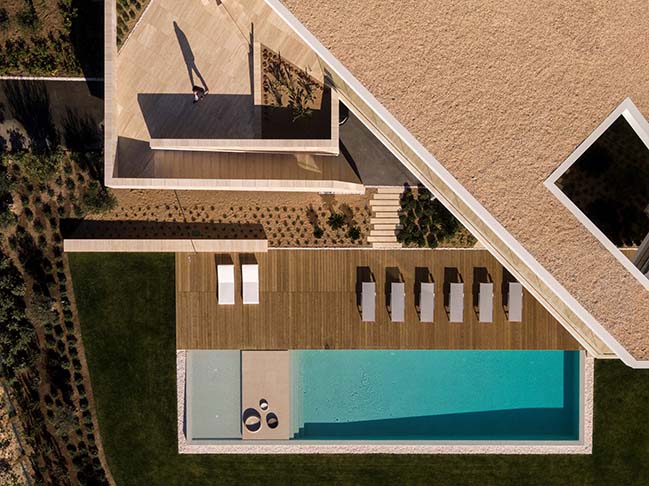 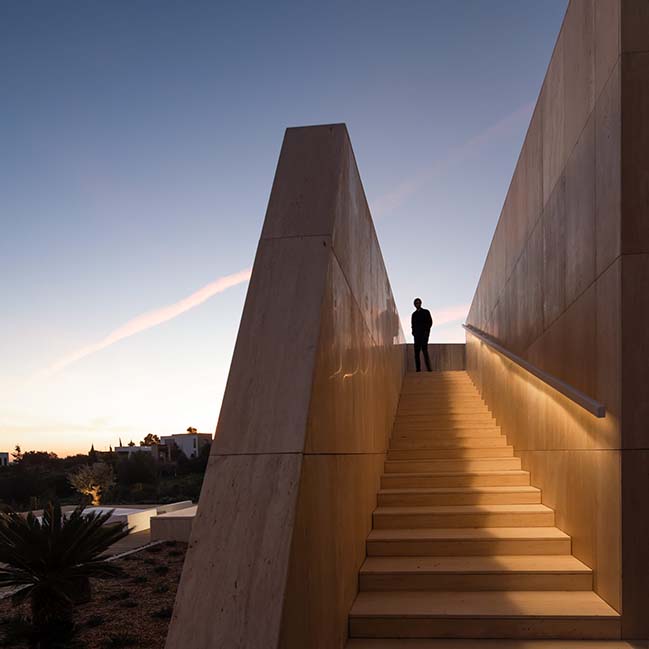 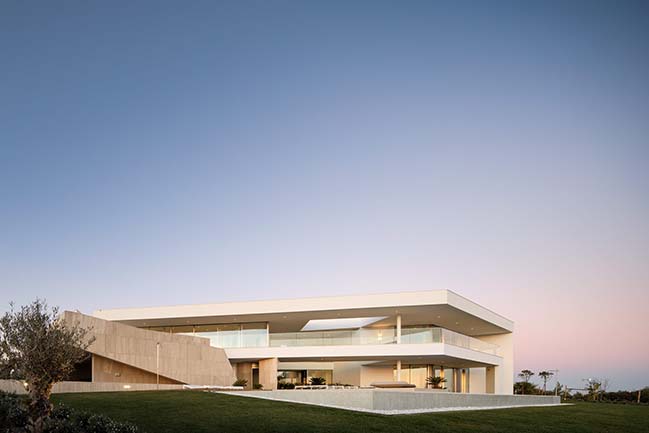 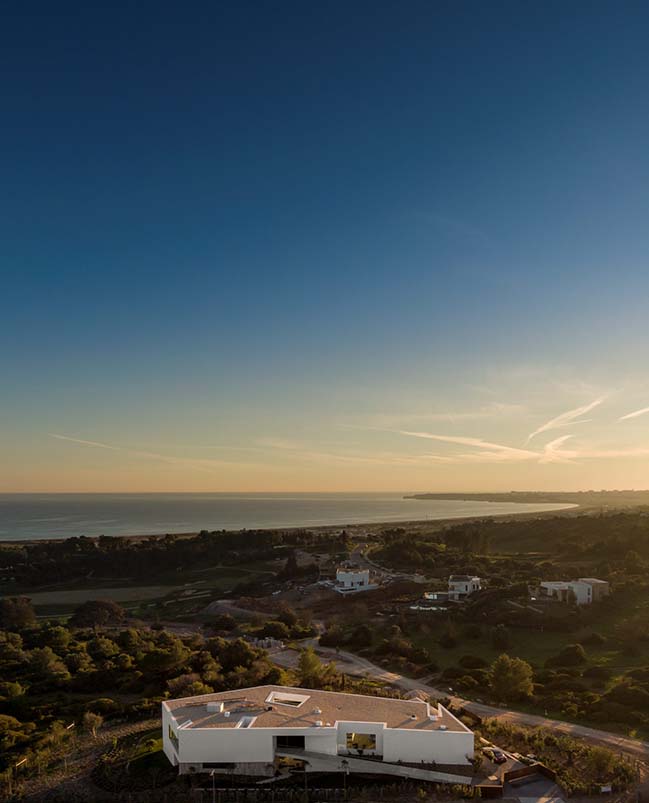 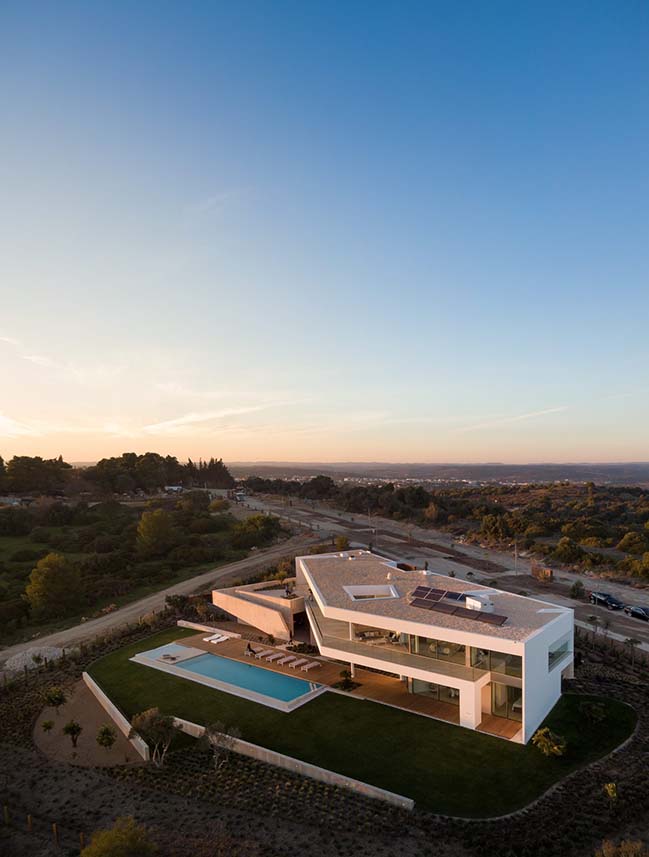 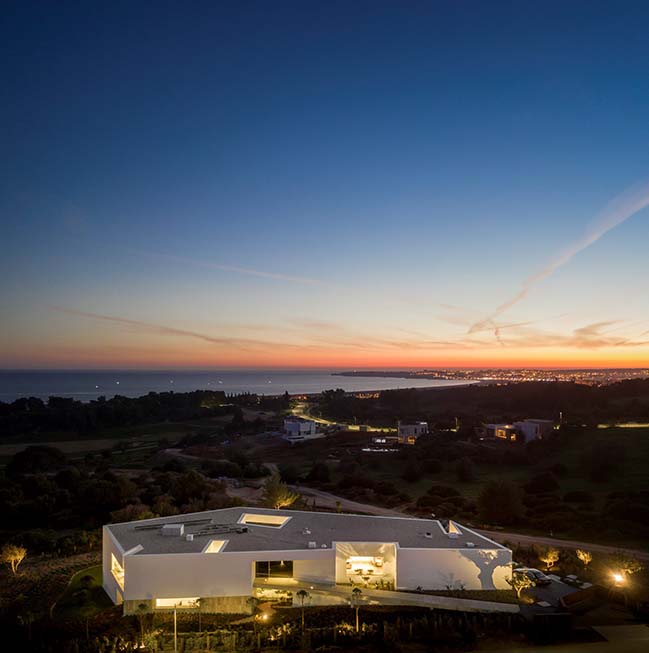 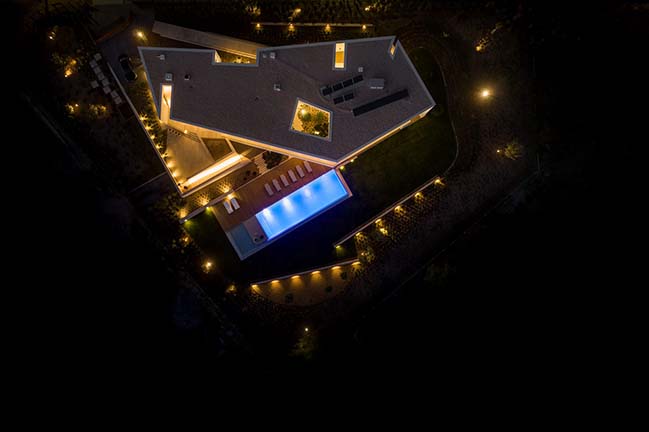 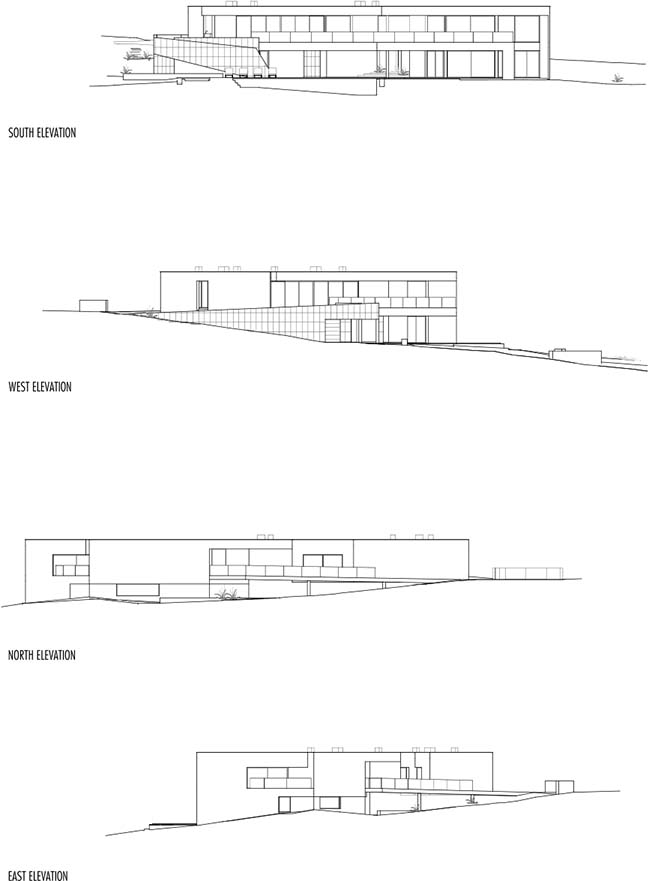 09 / 14 / 2019 Villa Pernoi is situated on a large plot, facing east and south. The view becomes immersed in the intense green of the surrounding area, in the wide sweeping bay of Lagos 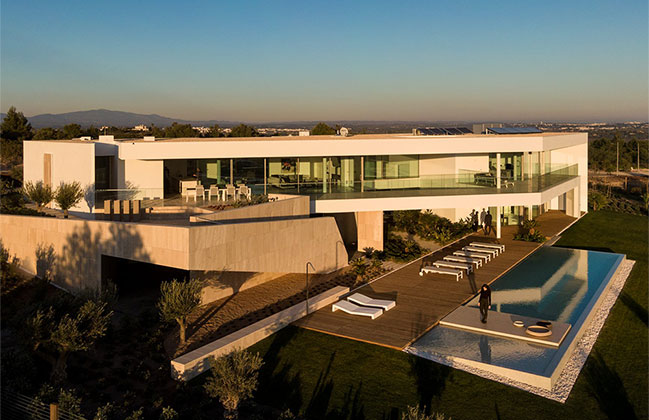