Vessel is a new architectural design of the Heatherwick Studio to create a new public landmark for the Hudson Yards development in Manhattan. 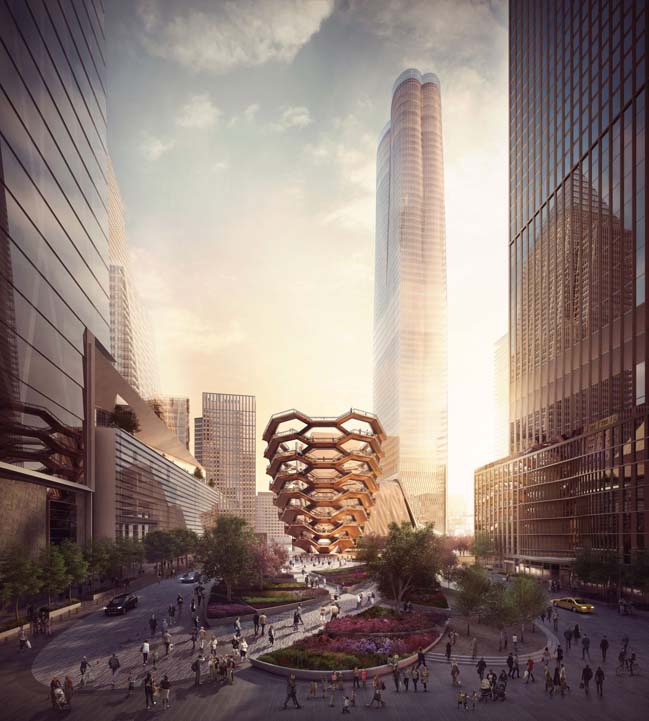 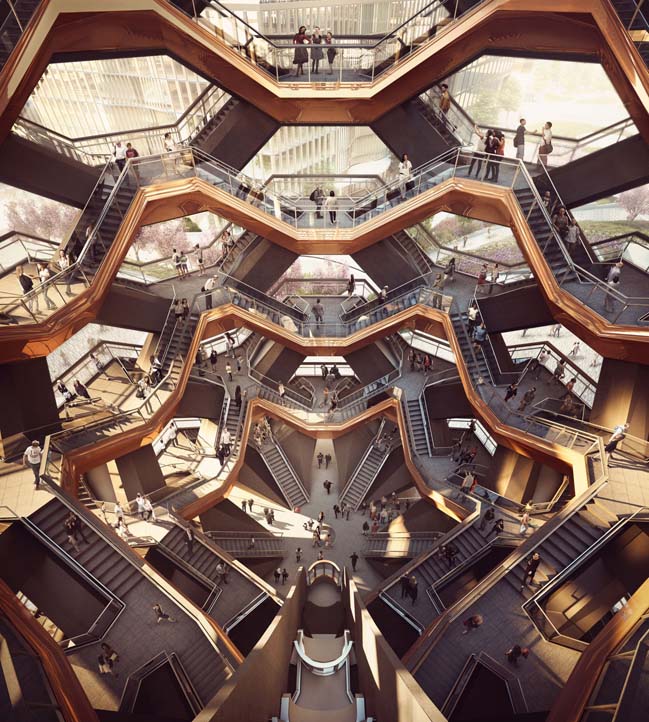 Project's description: Due for completion in Autumn 2018, Vessel has been commissioned as the centrepiece for the largest development in New York City since the Rockefeller Center. Rather than just be something to look at, Heatherwick Studio‘s design undertook the challenge of creating a landmark every inch of which could be climbed and explored. Vessel will lift the public up, offering new ways to look at New York, Hudson Yards and each other. 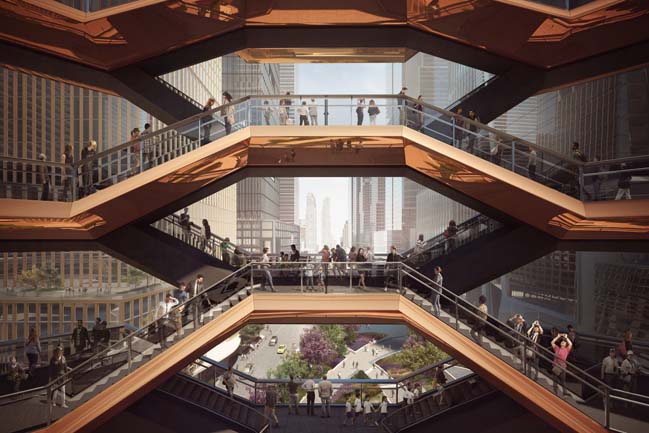 Its 154 interconnecting flights of stairs, 2,400 steps and 80 landings will create a mile’s worth of pathway rising up above the public plaza. It will stand 150 feet tall, with a diameter of 50 feet at its base, widening to 150 feet at its top. Currently in fabrication in Italy, it is constructed of a structural painted steel frame with its underside surfaces covered by a polished copper-coloured steel skin. 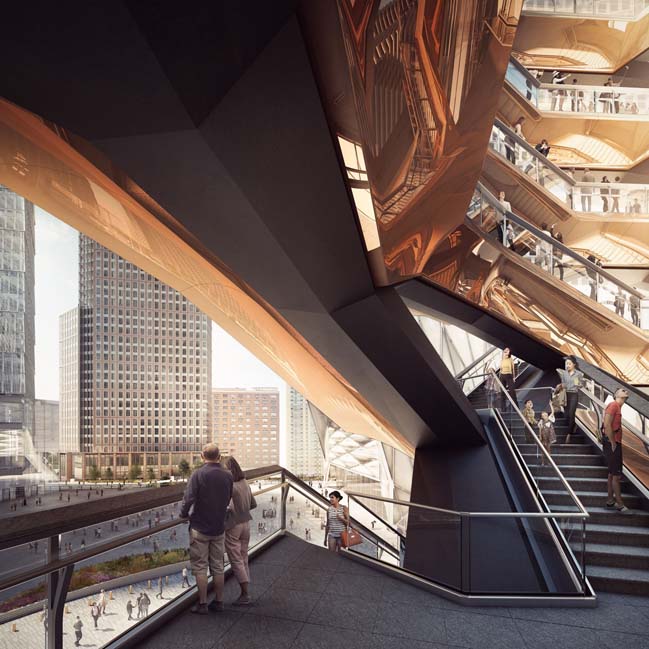 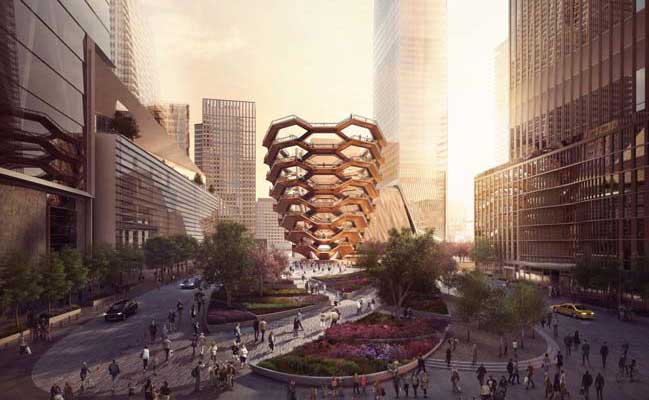 Recommended post: Husos Architects designs a small 46m2 apartment for a doctor and his bulldog