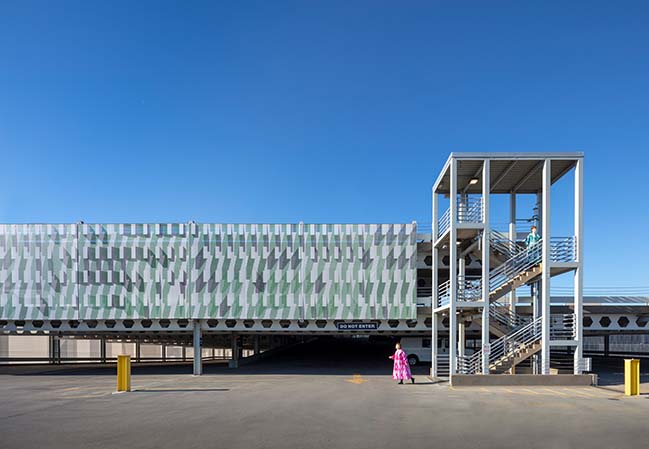 From the architect: The studio sought to design a pattern that could transform and speak across scales, reflecting the location of the project between a residential neighborhood and the rapidly growing technology hub of Kendall Square. 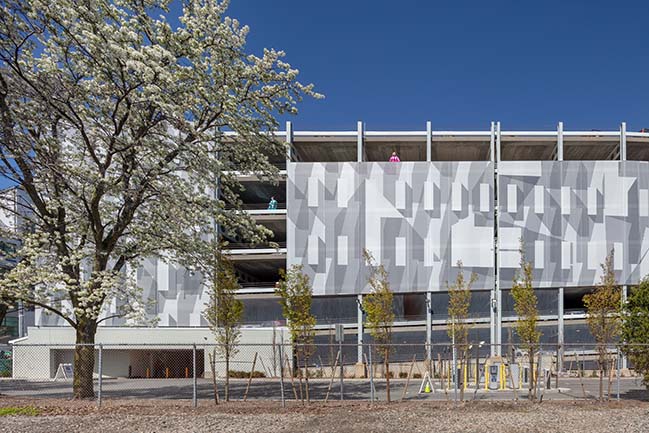 The resulting large-scale graphic scrim, measuring 26,000 square feet, employs a tension-frame and mesh fabric facade system by Facid North America, and was engineered and installed by Design Communications, Ltd. Its pattern is a play on architectural detail and shadow effects that are meant to swirl, drift, and articulate into 'characters' along the garage's long side, blurring and expanding the boundaries of two-dimensional and three-dimensional perception. The design manifests as a hybrid between large-scale canvas and functional façade. Co-founder Jenny French explains, “In this project, we are playing with the relationship between the drawing and the building. An exciting moment for us is seeing through the image from within the garage and realizing that you are now inside the drawing.” 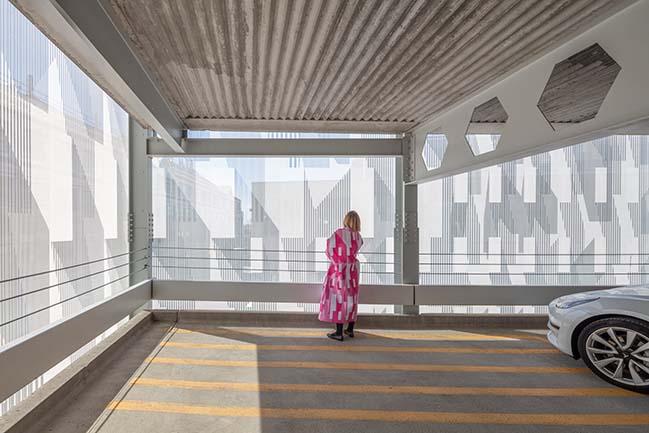 In order to consolidate the reading of the structure as a single icon for its changing context in the Cambridge neighborhood, French 2D sought to present a proto-building that could be read through the multi-scale articulation of its facade, as both applied decoration and object. For the photography of the completed work, the French sisters acted as their own drawing scale figures in custom dresses of the same pattern as the garage. 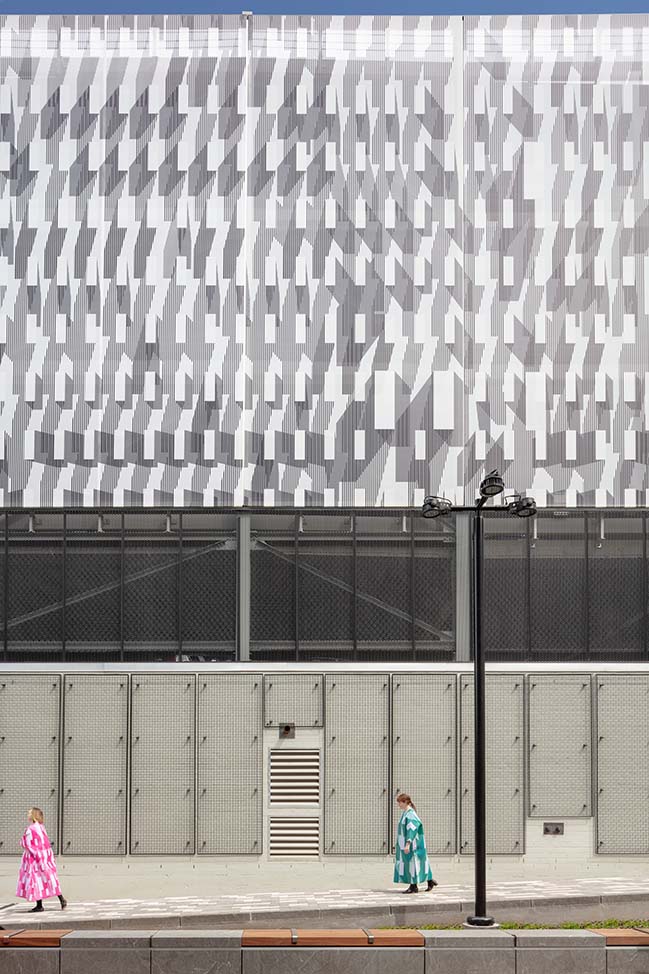 French 2D co-founder Anda French expresses that “we are most interested in the moments of tension in architectural and graphics work where new, imagined, or recaptured depth emerges and can redefine a project. We played in the zone of contextual scale –loosely translating windows, doors and building-like objects with multiple cast shadows to produce a surreal quality. And in the architectural photography we ourselves became loosely translated scale figures, wandering the site as freed pieces of the drawing.” 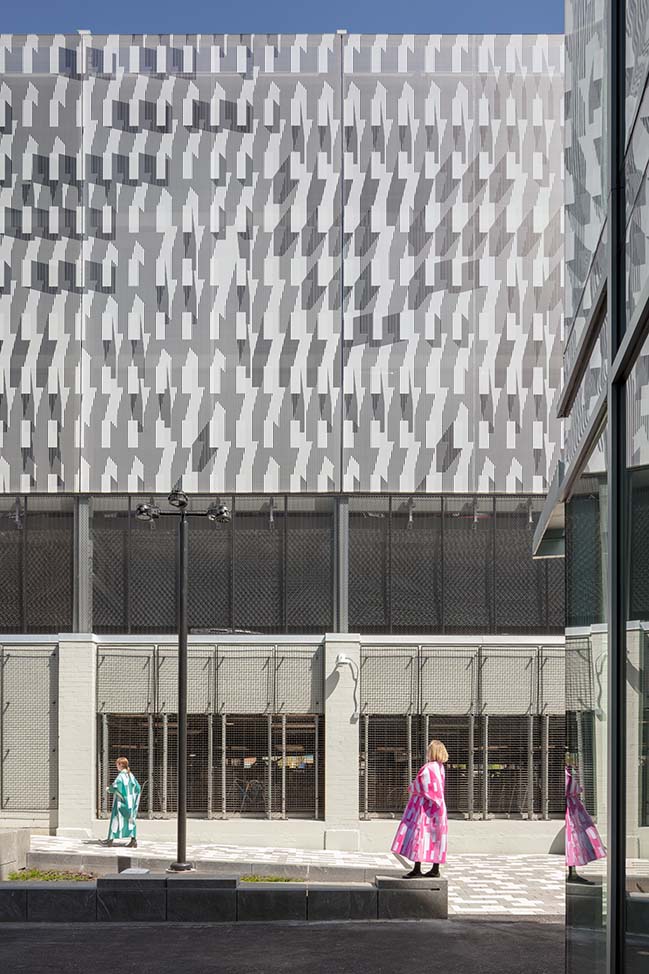 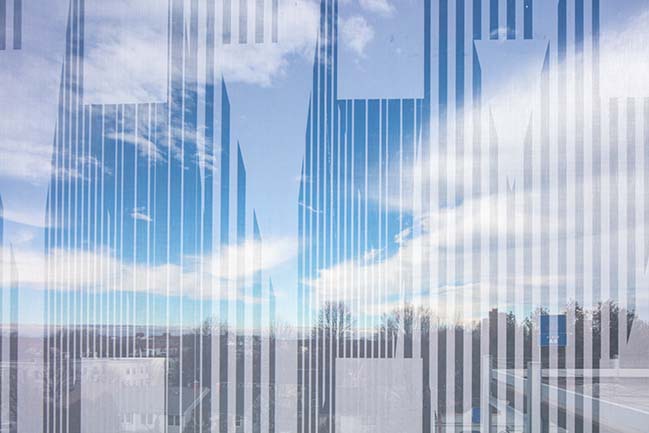 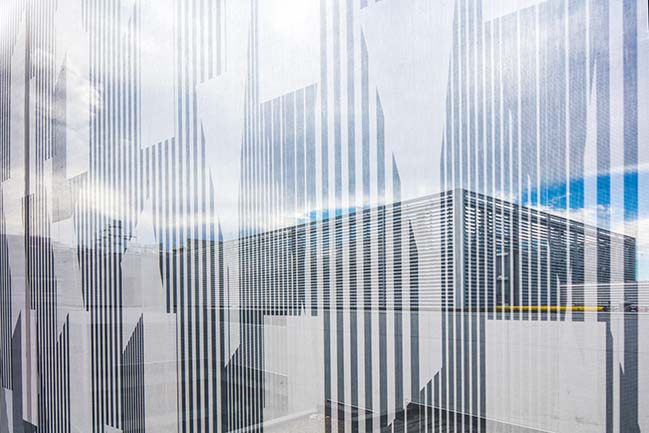 YOU MAY ALSO LIKE: Outlier Lofts in Boston by French 2D 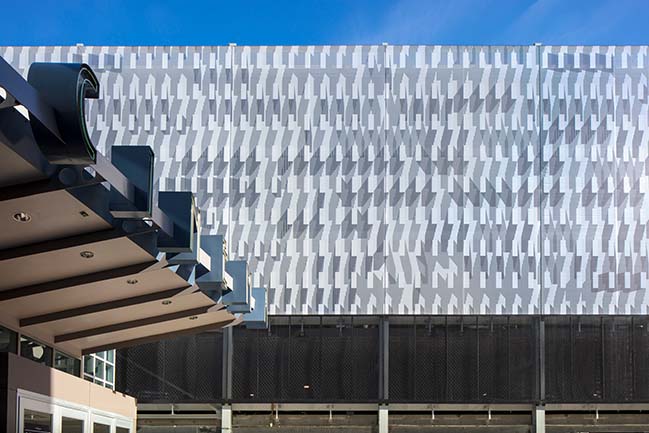 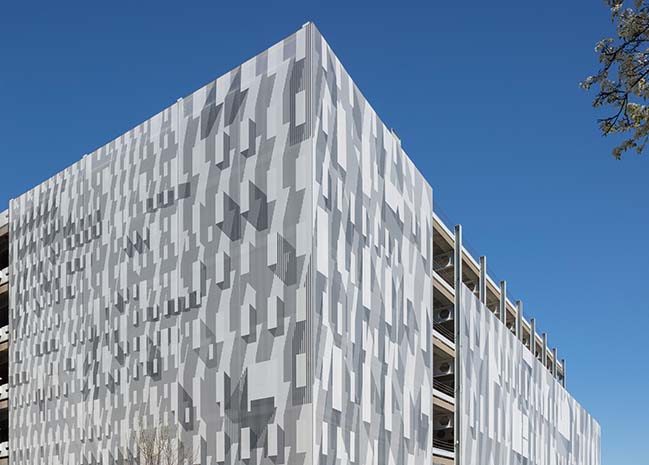 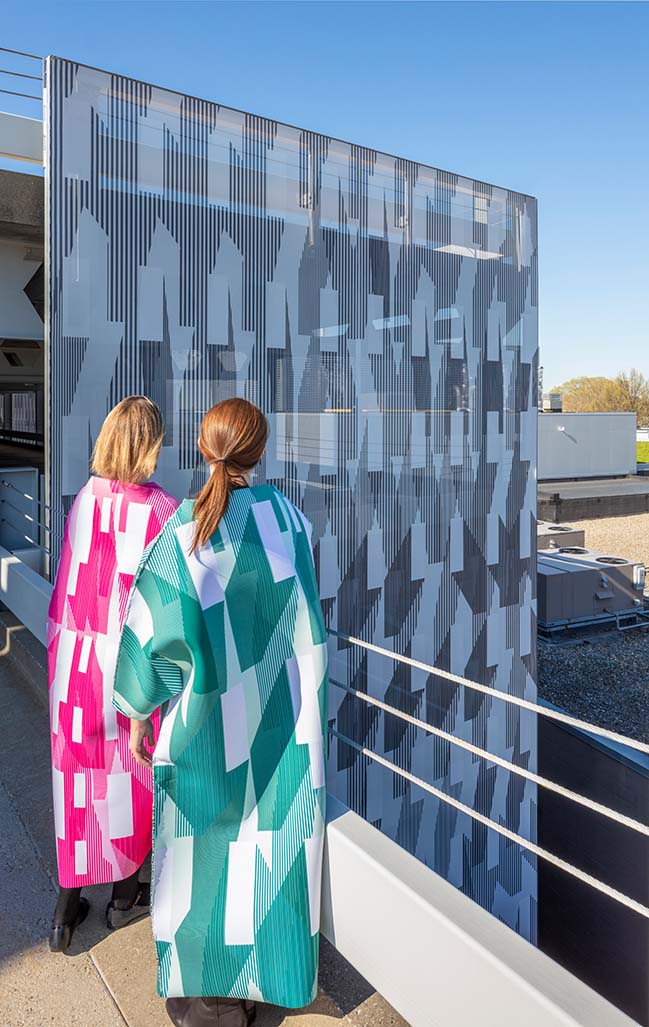 YOU MAY ALSO LIKE: Car Park RAI in Amsterdam by Benthem Crouwel Architects 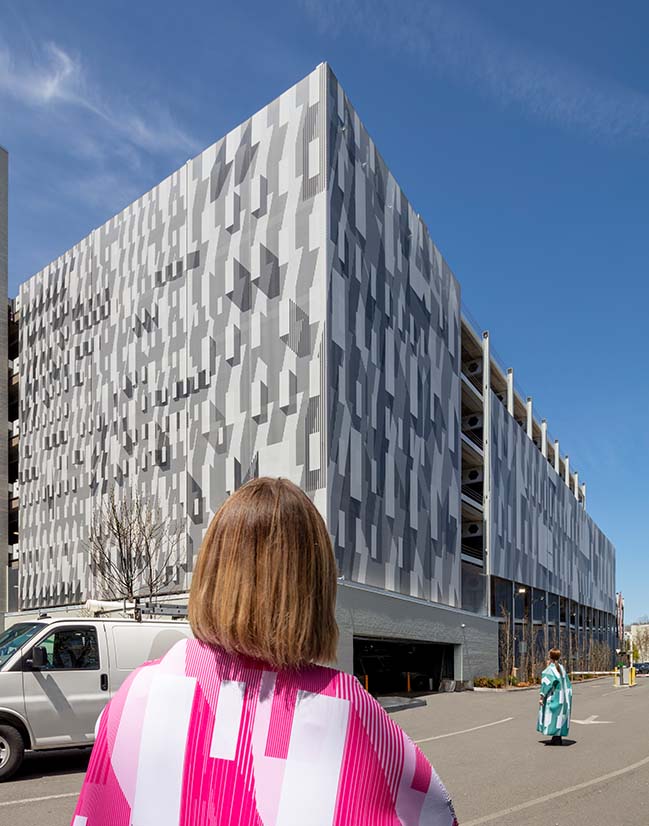 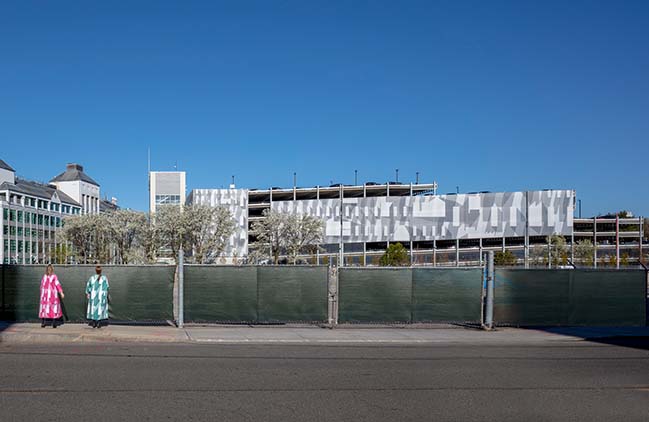 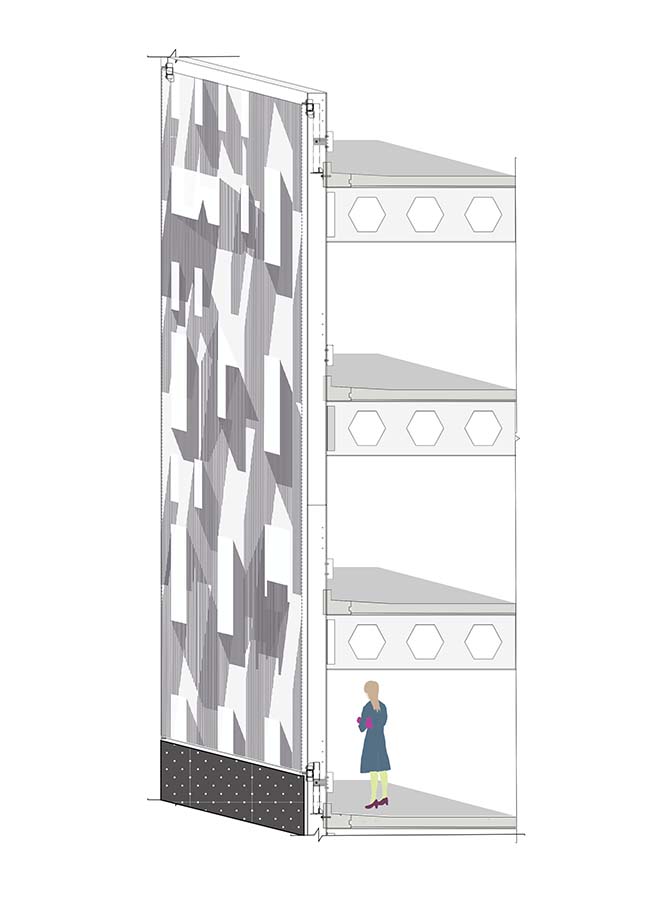