The owners of this house contacted Porebski Architects after they visited our first house in Castlecrag designed by Andre in 1972. They were drawn to the compact size, the subtle building palette of the house and the respect it had towards the Walter Burley Griffin conservation area. 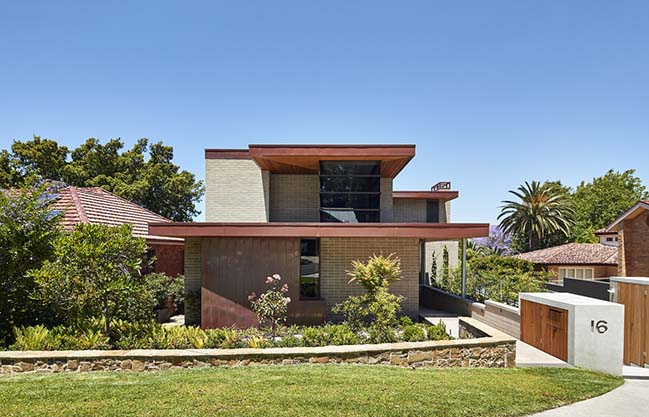 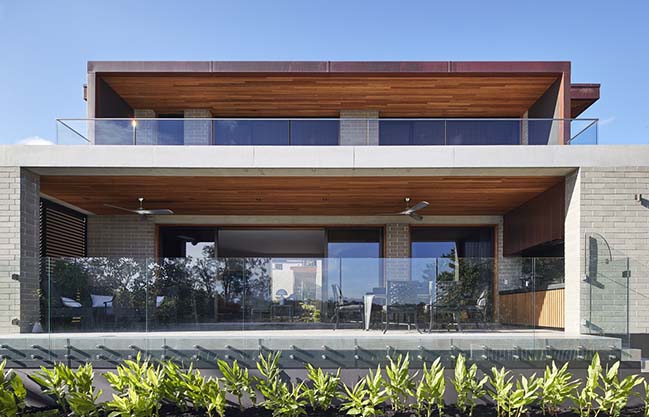 From the architect: As the owner grew up in the original post-war house built by his parents on the site (similar to the surrounding houses) their knowledge of the site was very helpful. Also on the edge of the Walter Burley Griffin conservation area, the site has a fall from the street to the rear of about 3m and a lovely rock outcrop that was opened up to the public at the rear. 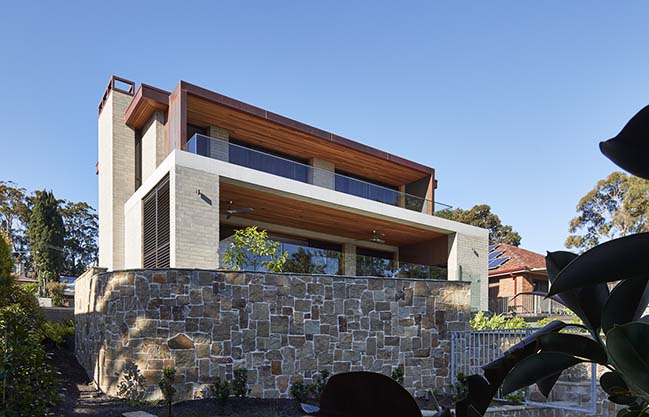 The building was pulled away from its boundaries where possible to allow for landscaping to conceal the house and the first floor level is pushed back to maintain the lines of the neighbouring roofs. The site has a north south orientation with the northern aspect to the street which meant that solar access had to be maximised by smart planning. An L-shaped plan with the main living and sleeping areas to the rear of the house based around a courtyard allows sun access from mid-morning to late afternoon. A north-facing glass lantern at the double storey entry space also assists. 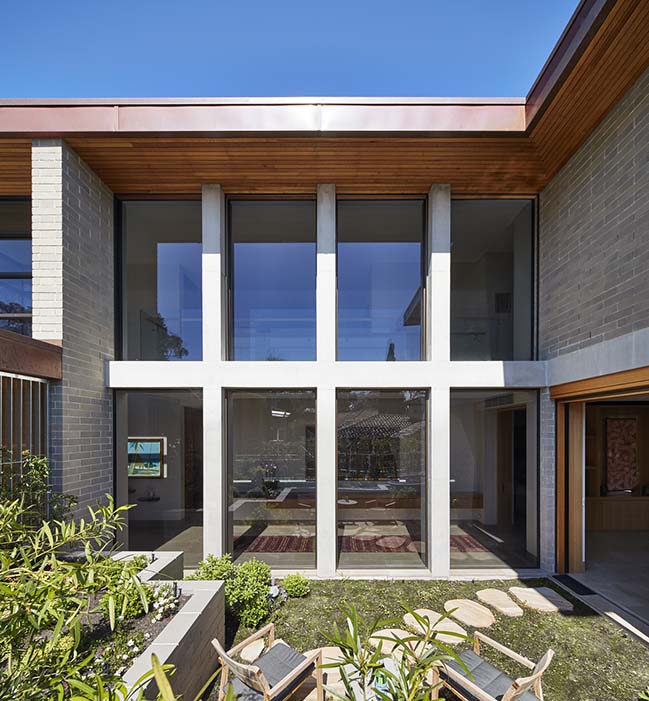 Entry into the house is via a pathway with the copper entry door purposefully hidden from street view. This opens up to a wide double height entry gallery that allows people to mingle and walk casually towards the living areas. This entry gallery overlooks the courtyard and is framed by off form concrete columns. The three bedroom house is compact with just the spaces required for living, a study nook and central vertical circulation consisting of a stair and lift. An upper gallery walkway floats above the entry gallery linking the study and bedrooms. The kitchen is hidden and in doing so brings more attention to the living spaces. The rear living areas open up to a large covered verandah, bbq area and pool. 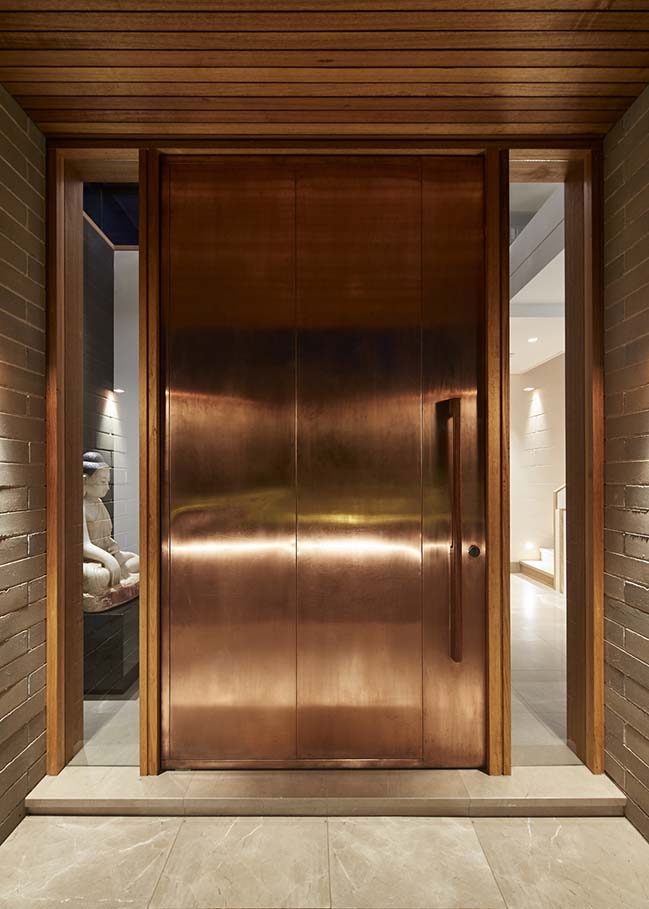 A simple building palette of concrete bricks, off form concrete, copper and timber is used externally. Internally we have used stone, veneered joinery and timber set against white set walls. We have allowed the joinery and artwork to dominate the spaces rather than colour. As the owners had their own collection of art and sculpture, the joinery was designed to complement these pieces. 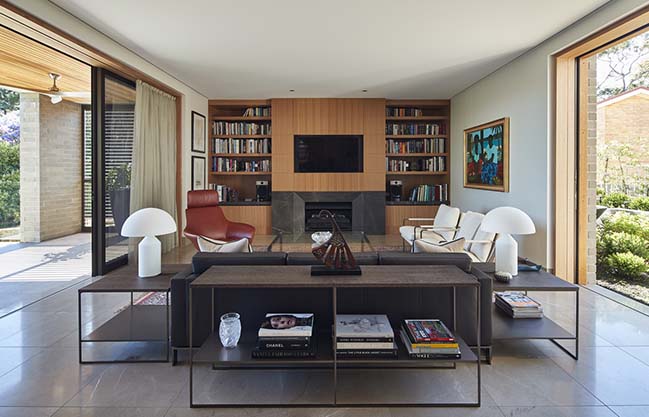 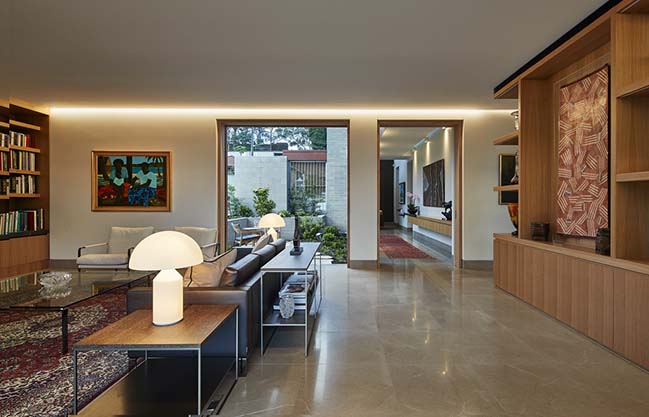 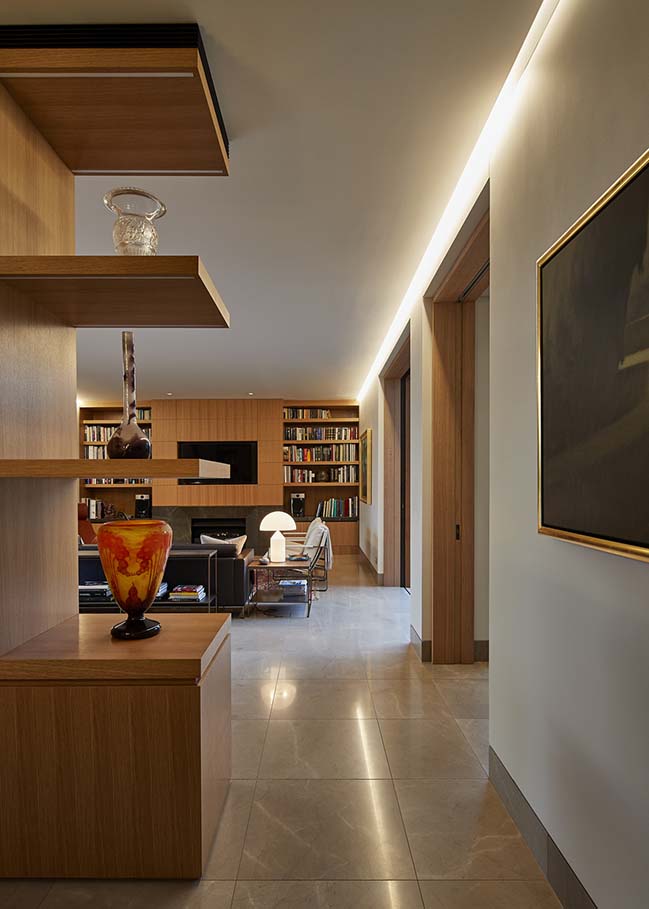 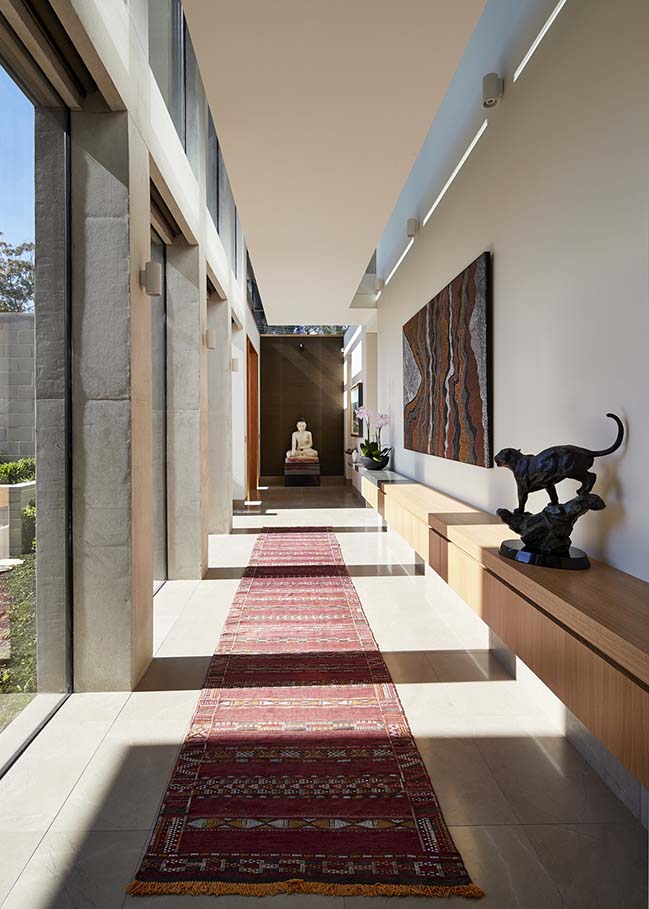 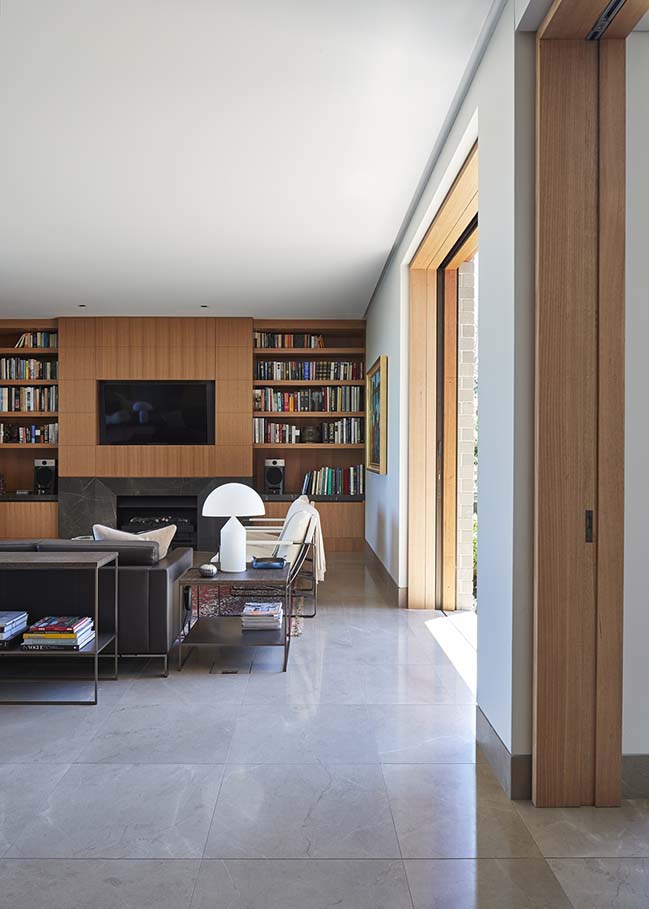 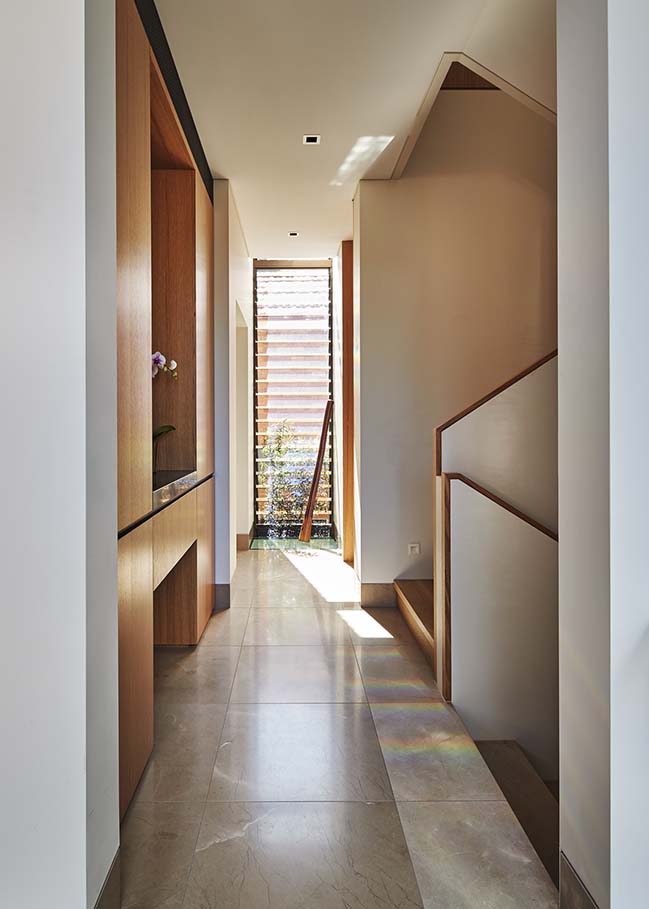 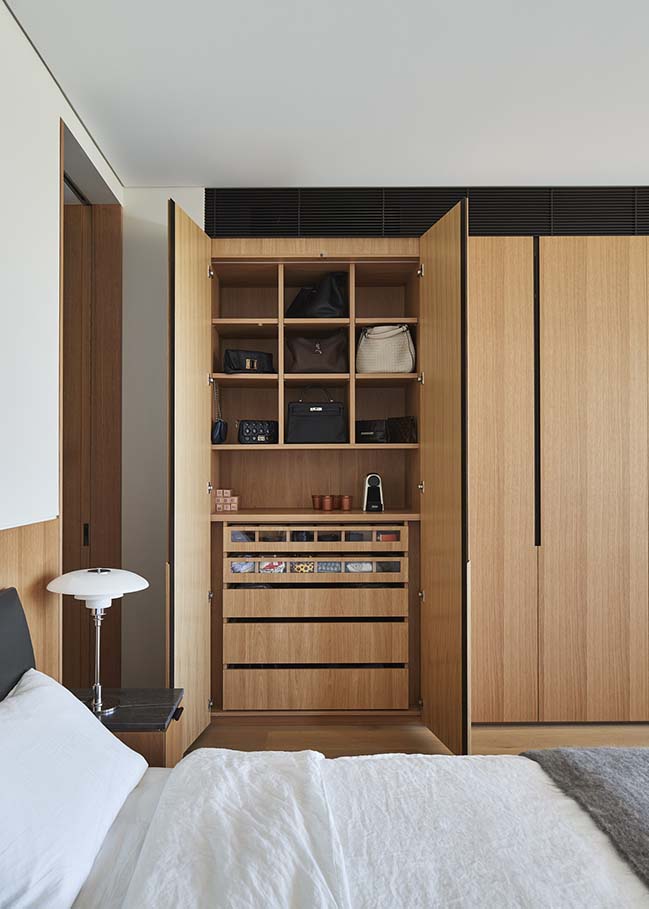 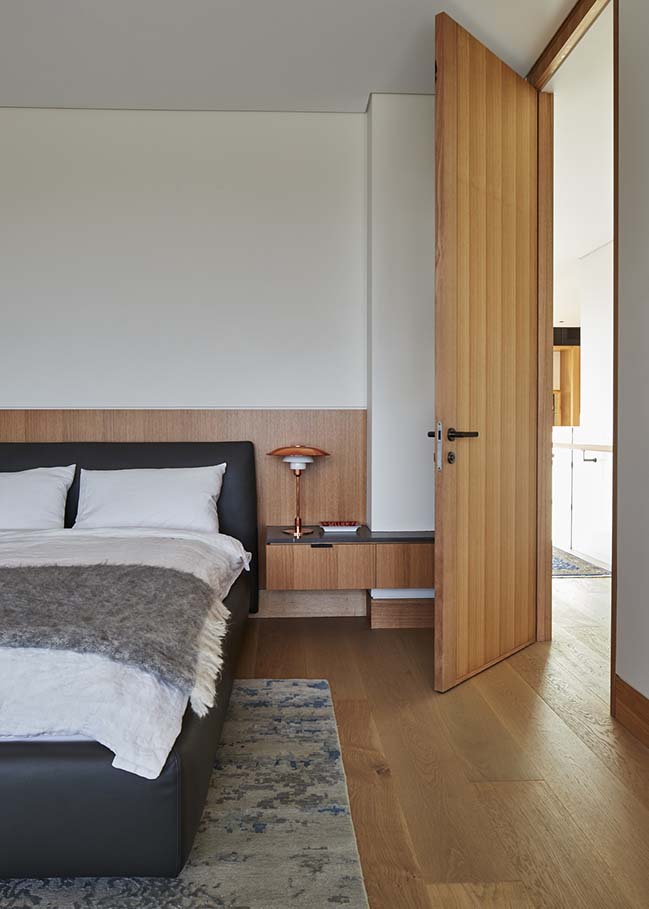 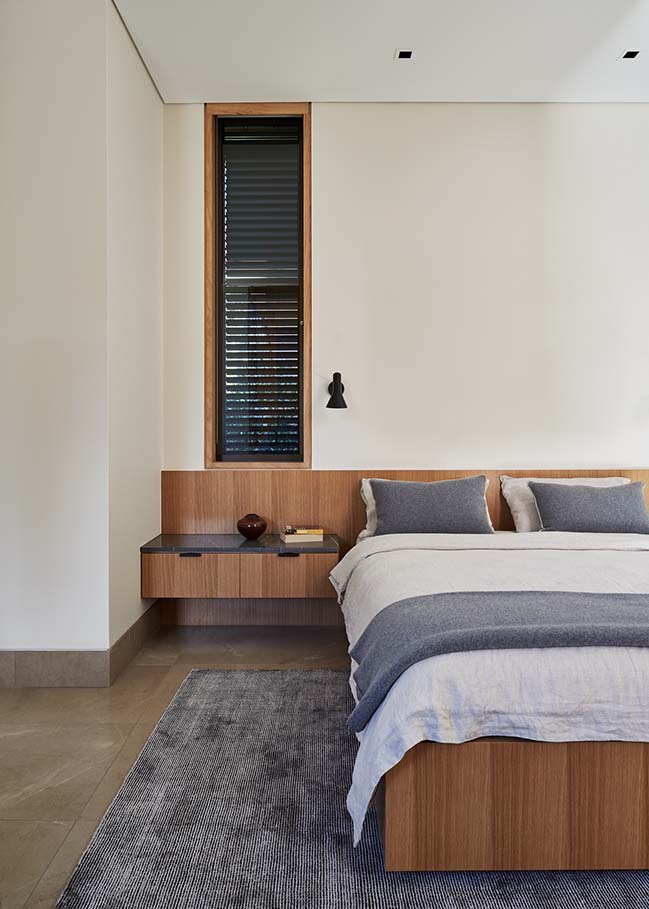 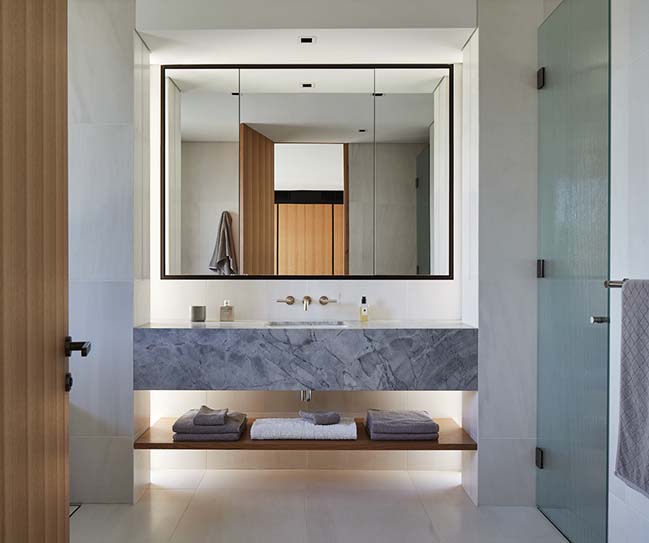 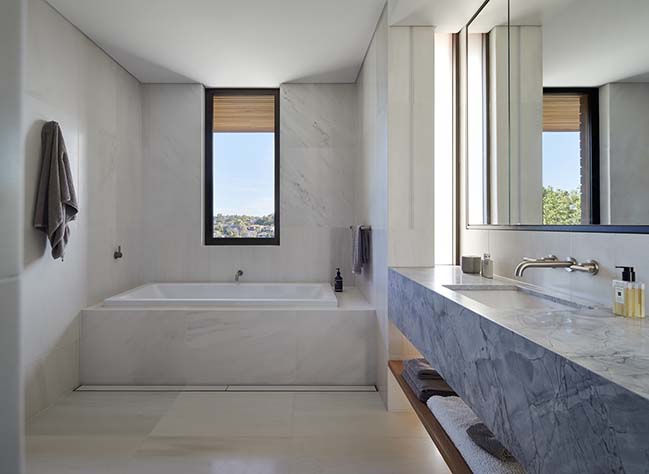 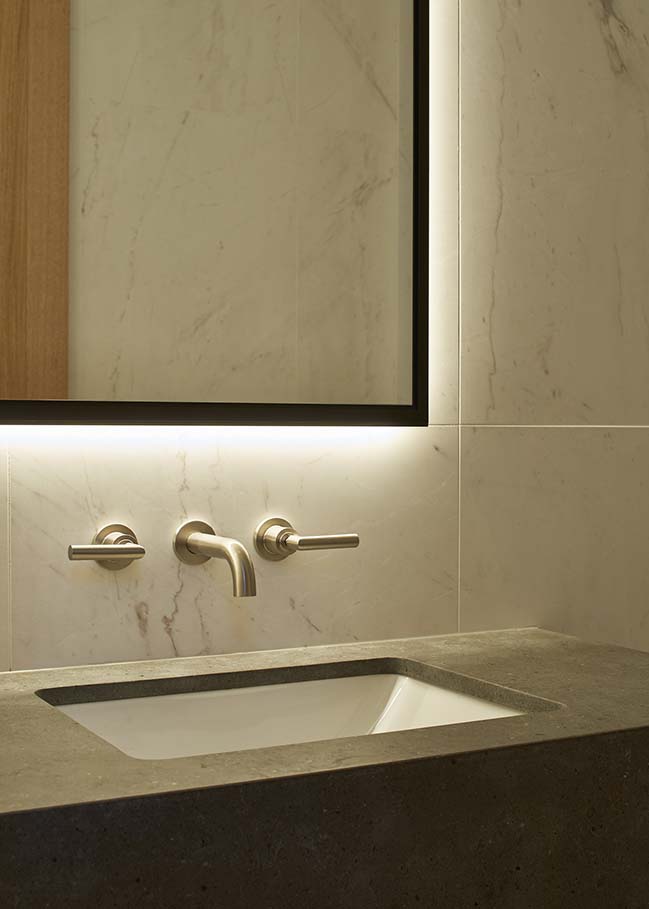 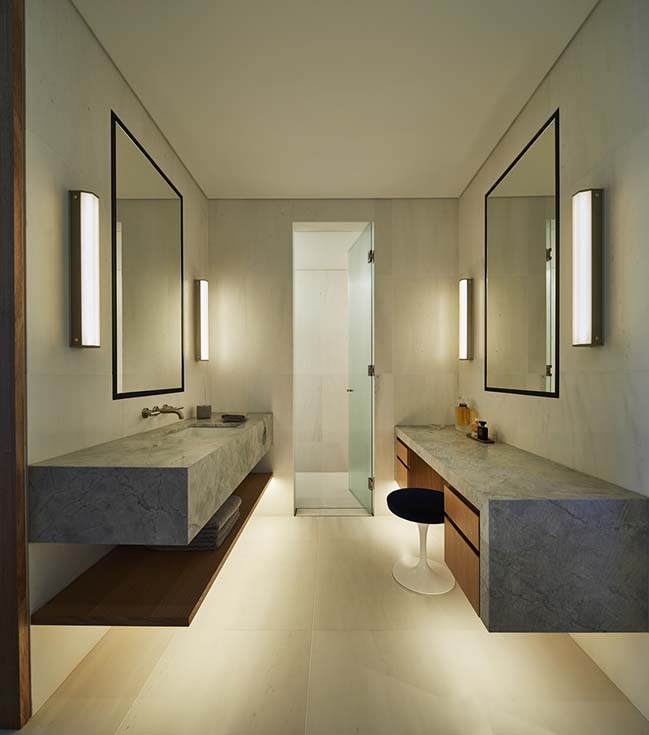 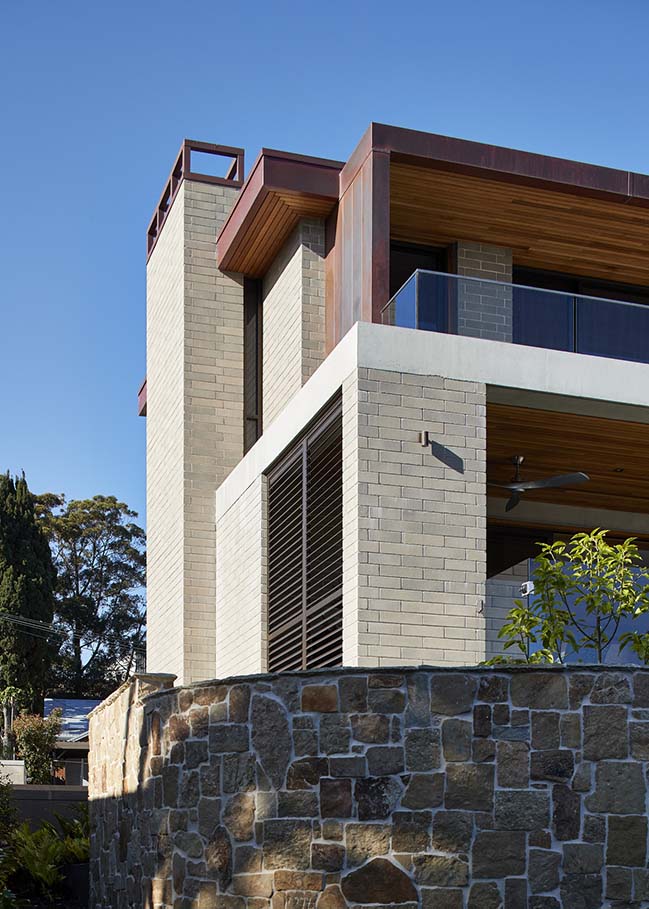