The project redraws a portion of an apartment in a housing estate built in the Seventies in Turin. In those years the internal layout of apartments used to establish a clear separation between the kitchen and the living area. 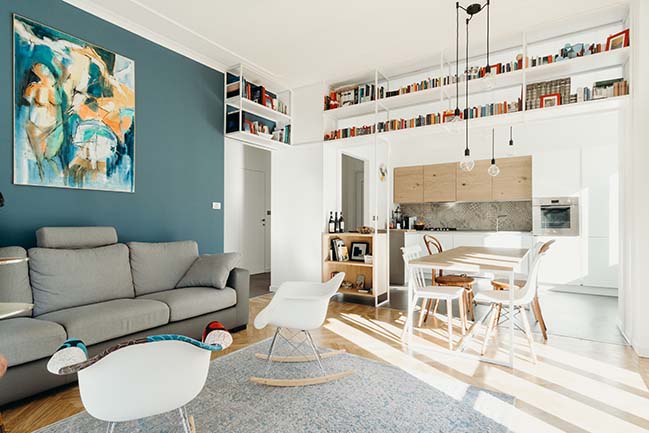 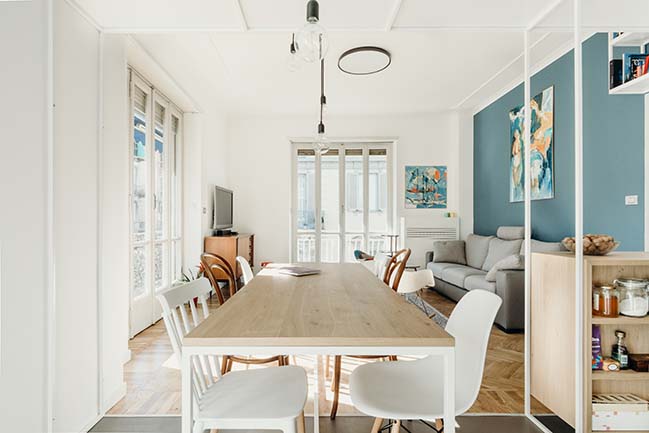 From the architect: The new intervention aims to generate a greater fluidity between the spaces, emphasizing the natural light coming from the large windows on the east side of the building. 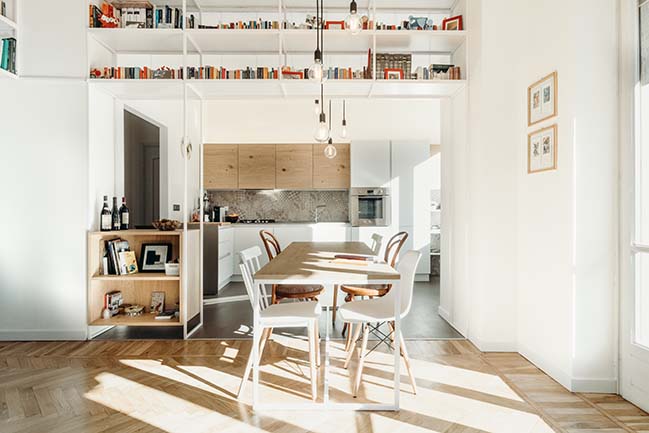 The interruption made by the pre-existing partition wall is replaced by a light furniture device, able to open the spaces, filtering them and containing several useful functions at the same time. A new filter is generated by the metal frame of a bookcase, whose 4mm thick metal shelves generate an effect of ‘floating books’ over the space. The back of the bookcase is in transparent polycarbonate, in order to let the light pass across the space. 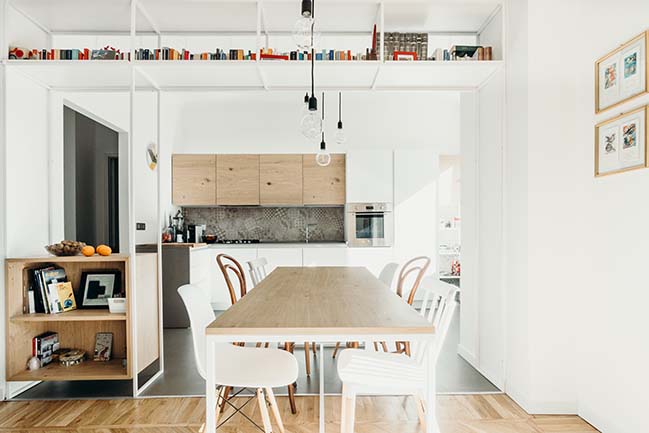 The metal structure of the bookcase turned down on one side of the kitchen and supports a wooden volume that serves as supplementary working-top, offering a storage open to the living area. At the floor level the only element of visual connection between the living room and the kitchen is the table, designed as a cross-element between the two rooms, in the middle of the 'portal' the bookcase with which it shares the same language given by the metal structure. 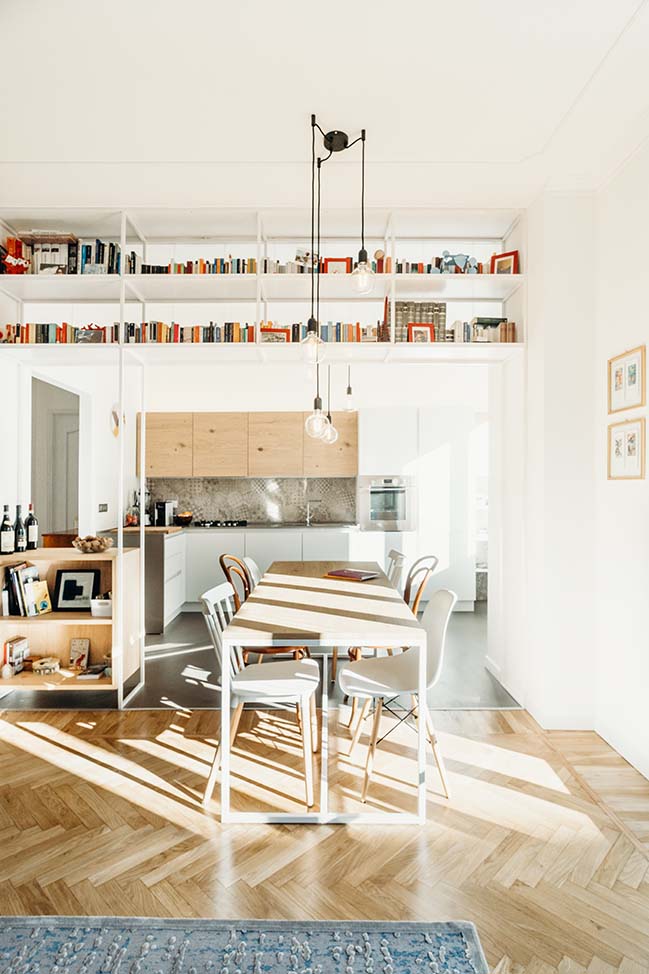 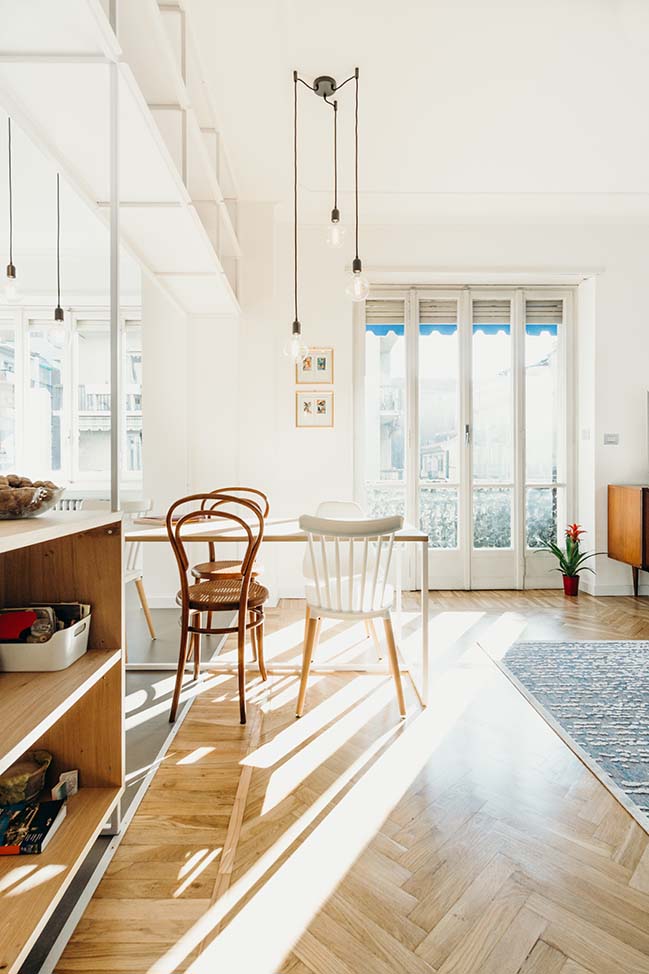 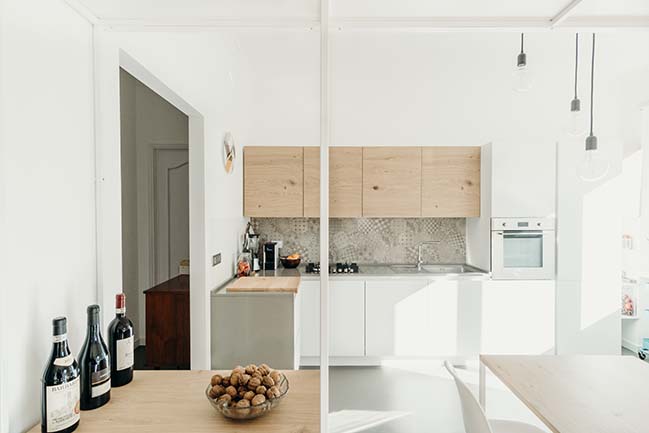 YOU MAY ALSO LIKE: Minimalist apartment design by R3Architetti 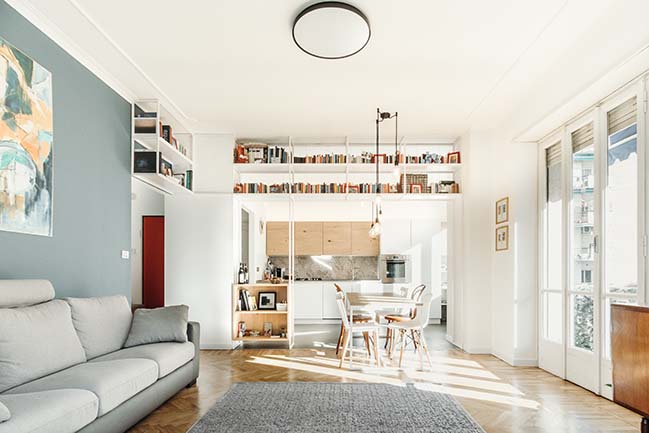 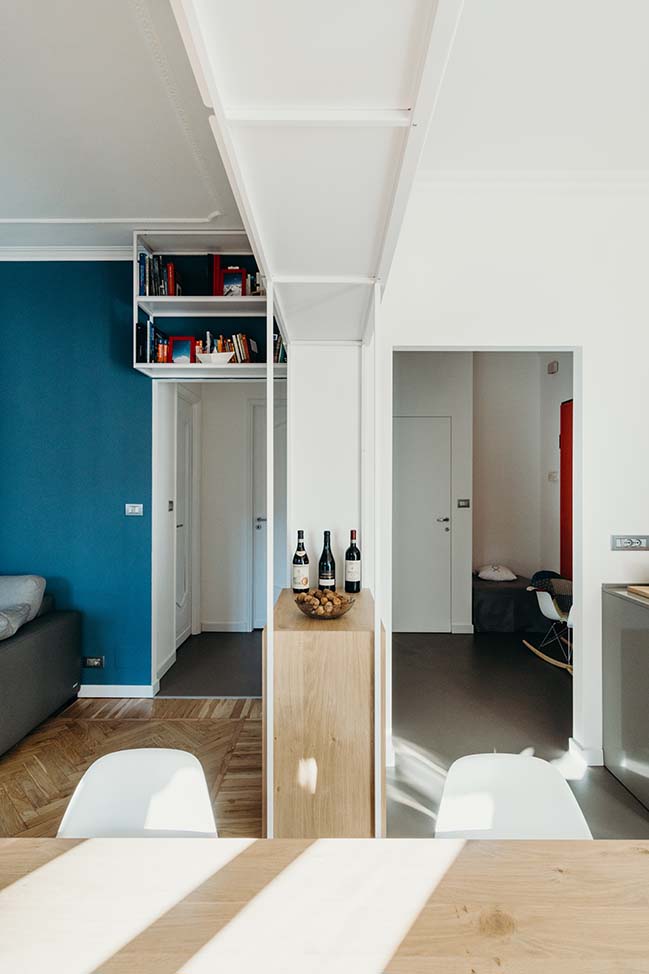 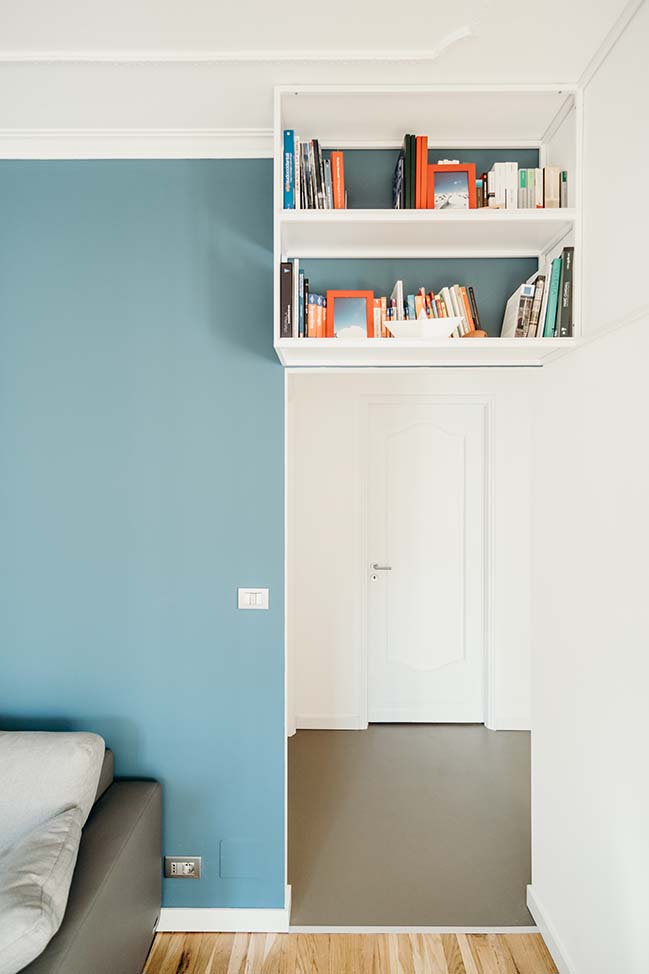 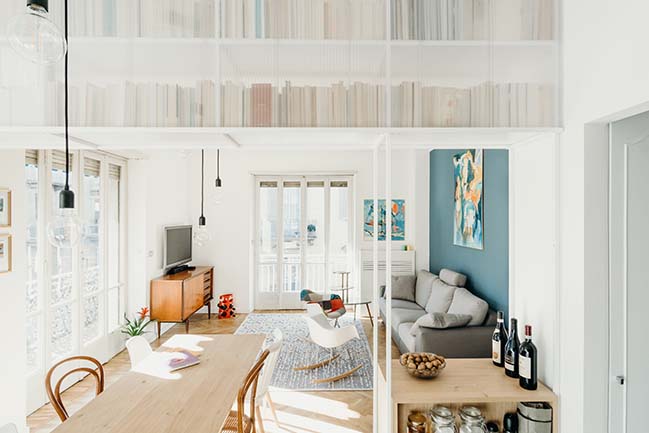 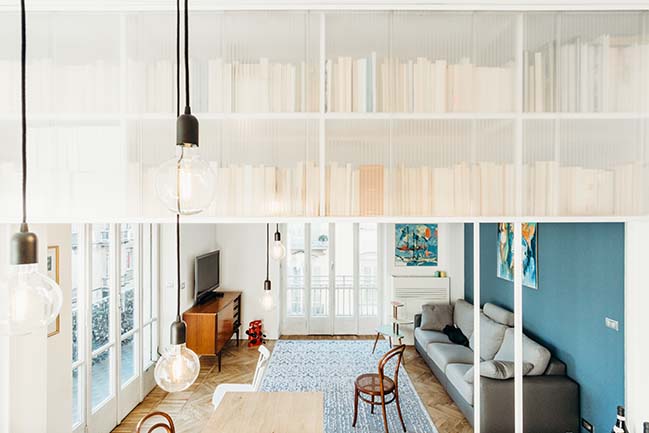 YOU MAY ALSO LIKE: Renovation of an apartment in Turin by UDA Architects 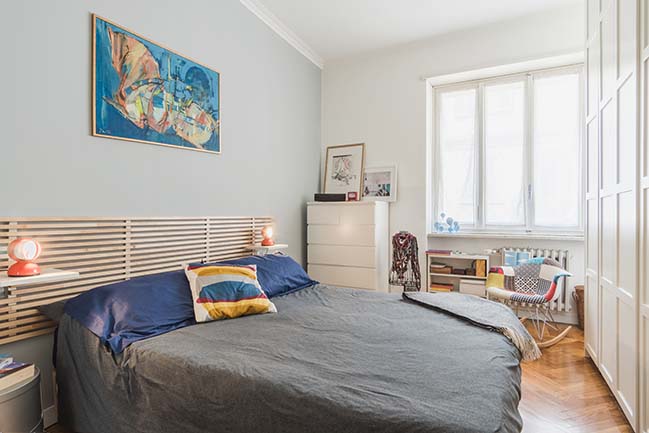 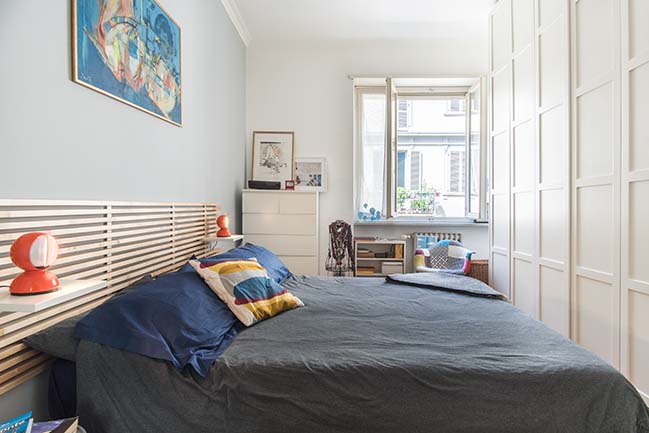 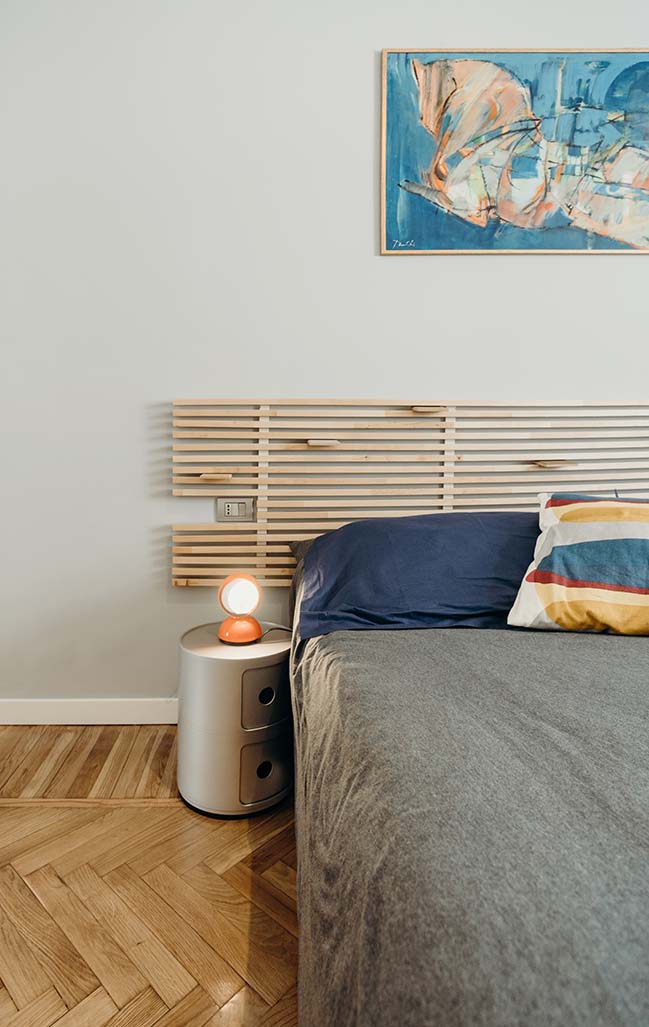 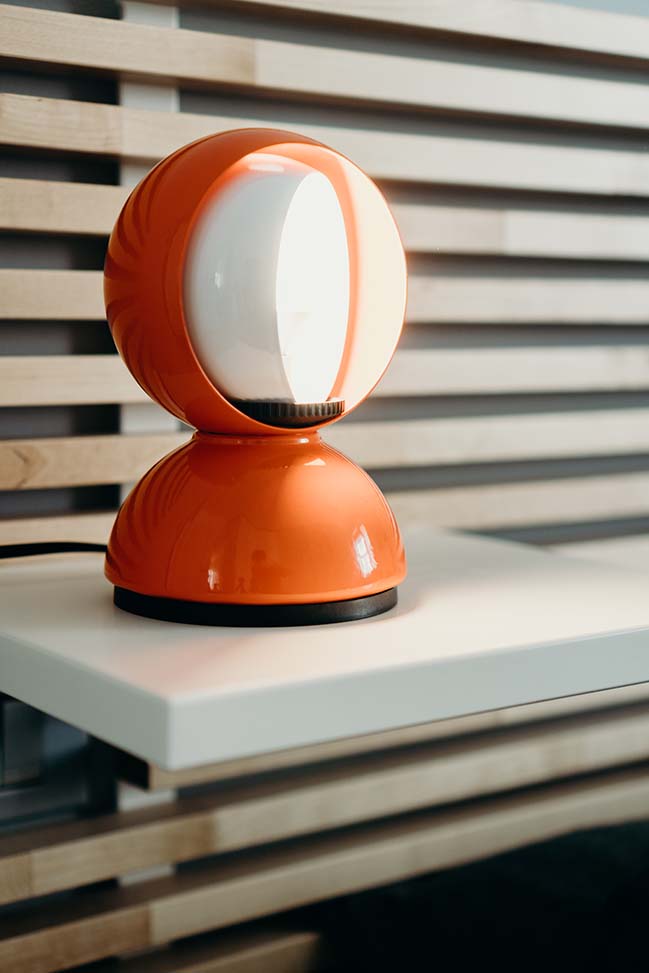 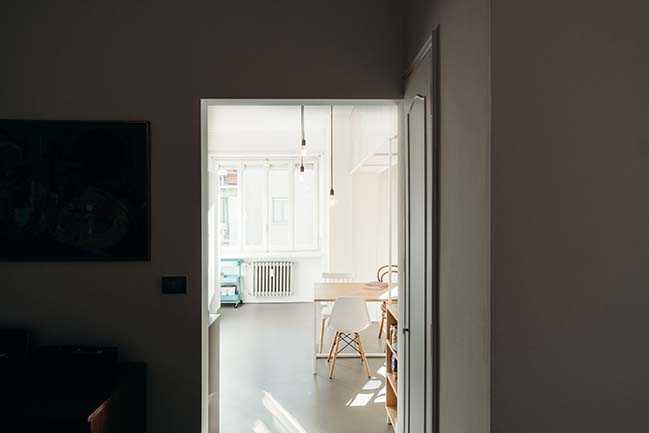 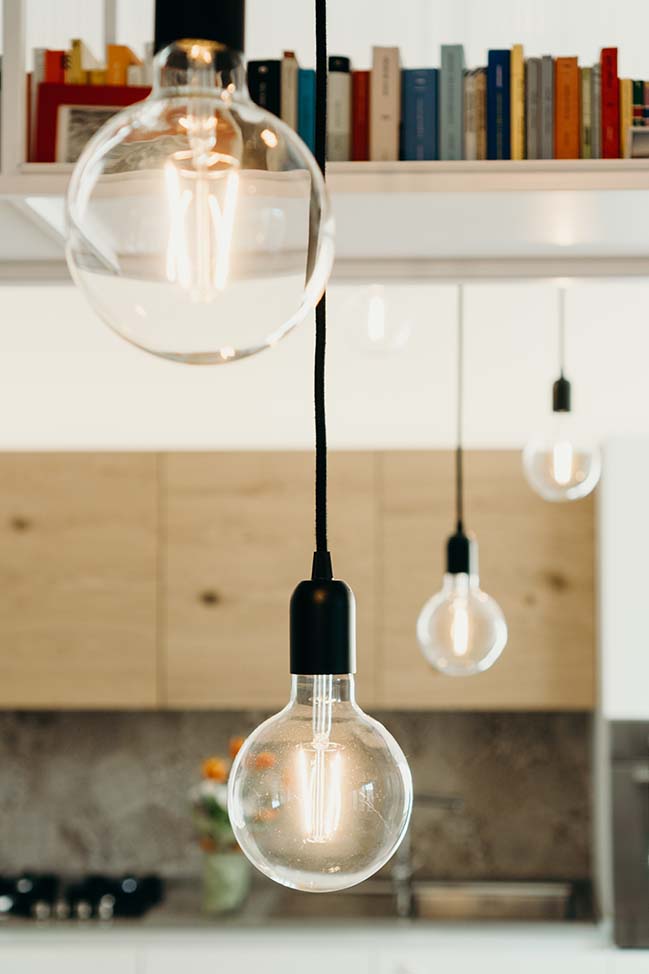 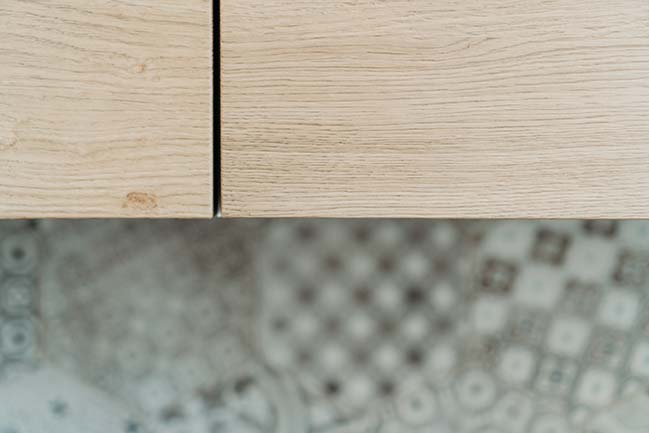 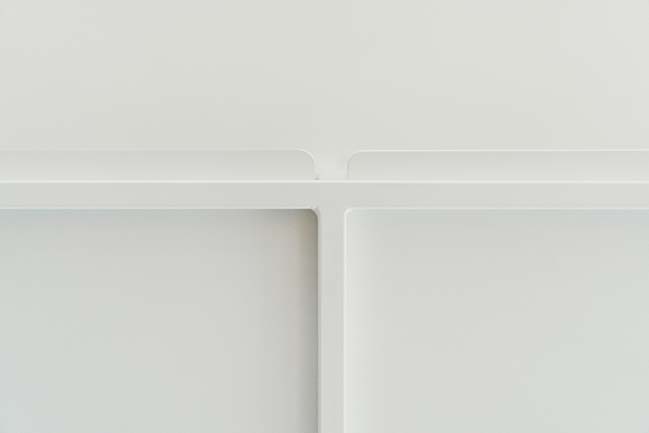 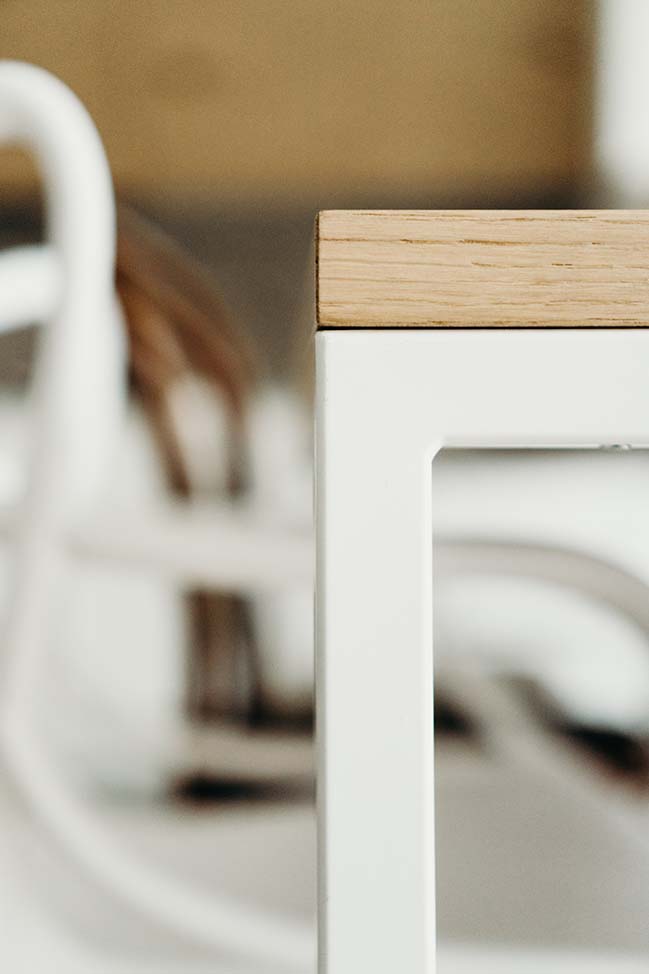 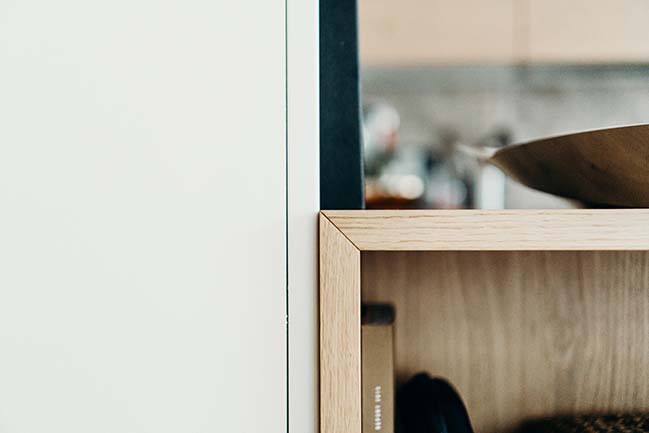 05 / 15 / 2019 The project redraws a portion of an apartment in a housing estate built in the Seventies in Turin. In those years the internal layout of apartments used to establish a clear separation