Completed in 2018 by Biscoe Wilson Architects, the G2 House features a modern extension to an existing art deco house. The original modest bungalow was constructed by former Australian Prime Minister Arthur Fadden around 1947. 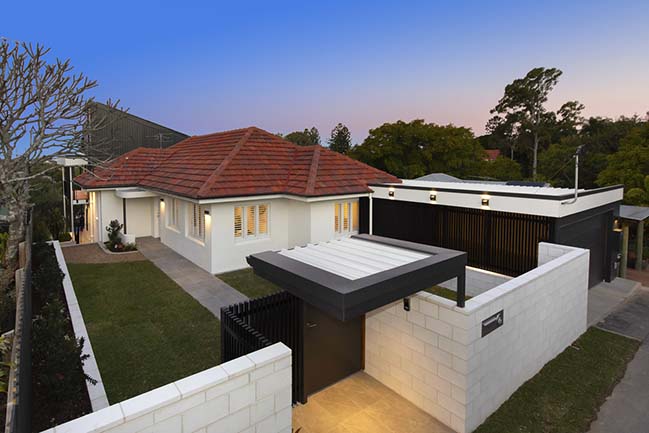 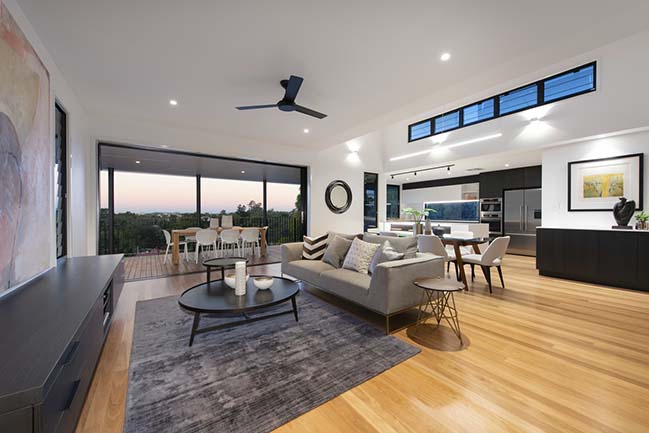 From the architect: Minimal change was made to the plan of the existing house, respect the history and character of the original design. The original house provides a separate living suite containing bedrooms, study, bathroom and living area. 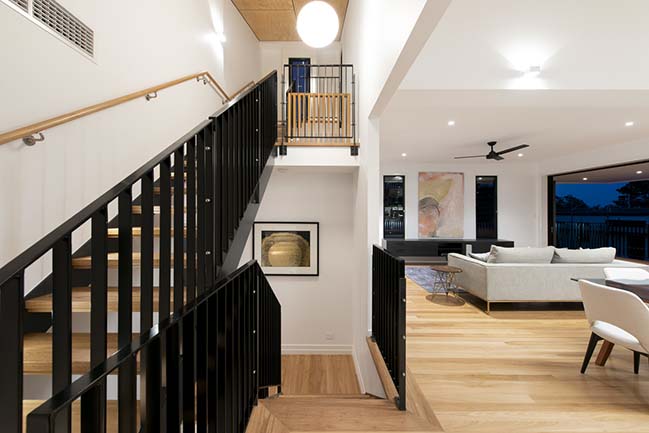 The central hall of the existing house provides access to the new addition and has been articulated with specialist joinery elements and feature lighting. The new metal-clad wedge visible from the street articulates the difference between existing and new. The wedge, combined with the new three car garage and the existing art deco house, create a unique street presence and hint at the new addition behind. 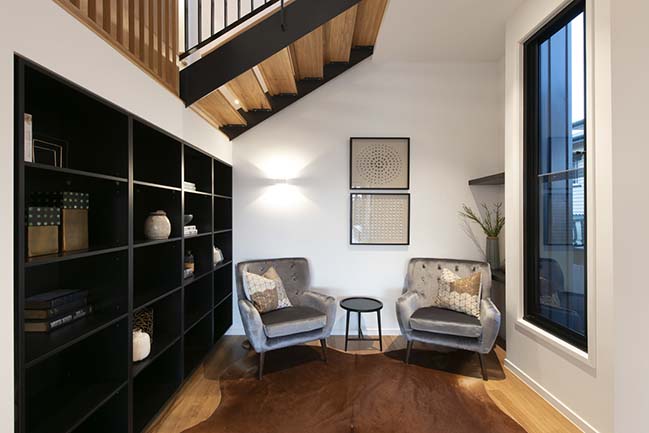 The wedge contains a stair which connects the existing house with all three levels of the new addition, from the inground pool to the rooftop terrace. The addition contains an additional three bedrooms, bathrooms, kitchen and two additional living areas. 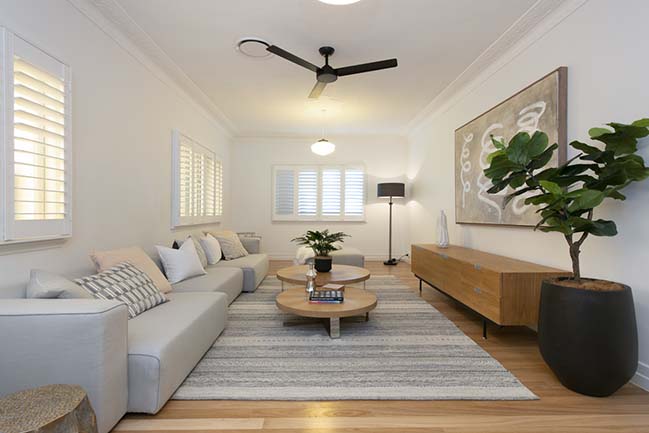 A clerestory pop up roof over the dining area provides a visual connection to the roof terrace and fills the kitchen/ living area with natural light. Each of the three floors in the new addition open onto a north-facing deck, offering views over the in-ground pool, leafy suburb, and city.

The existing house is rendered breezeblock, which anchors and contrasts the lightweight addition. The internal timber finishes, including blackbutt and hoop pine, create a luxury modern Queensland aesthetic. 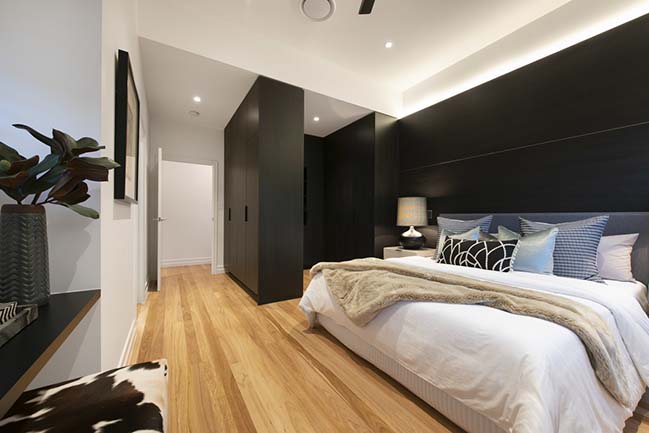 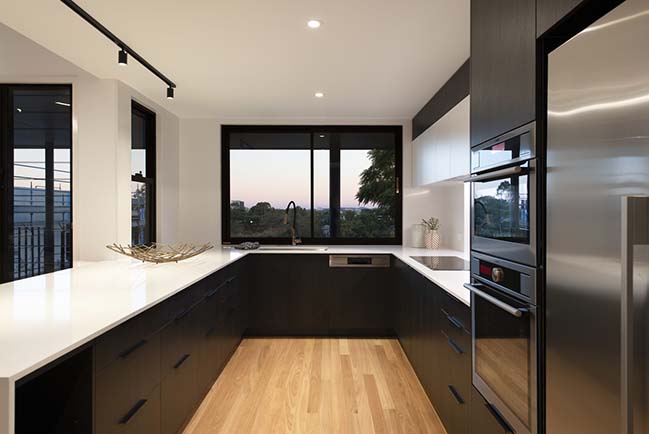 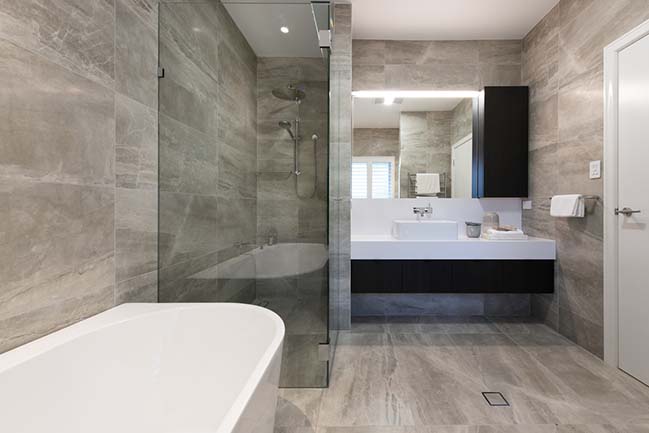 > You may also like: Two Pavilion House in Brisbane by Toussaint and Volz 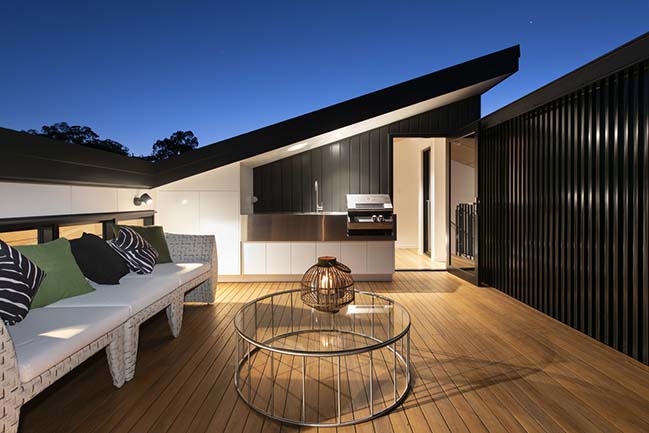 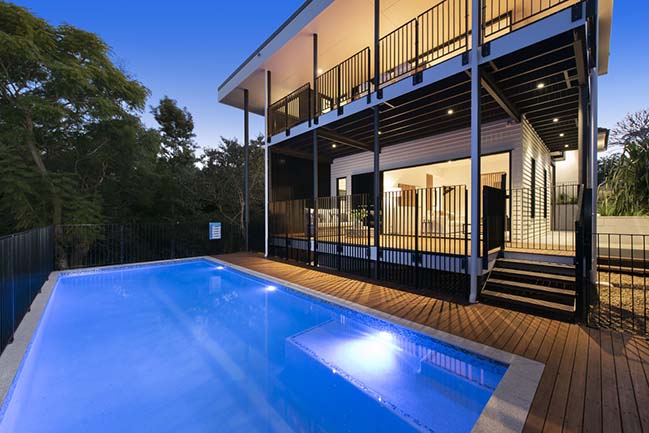 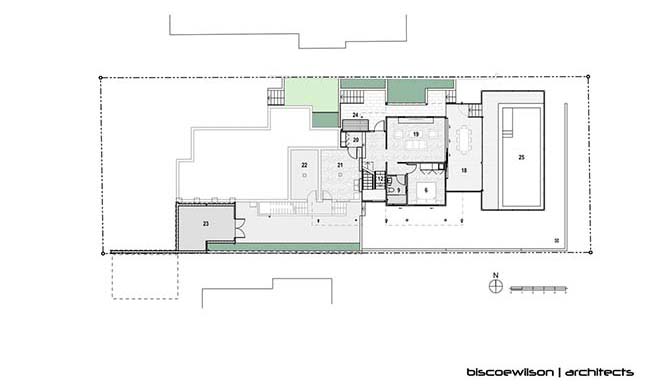 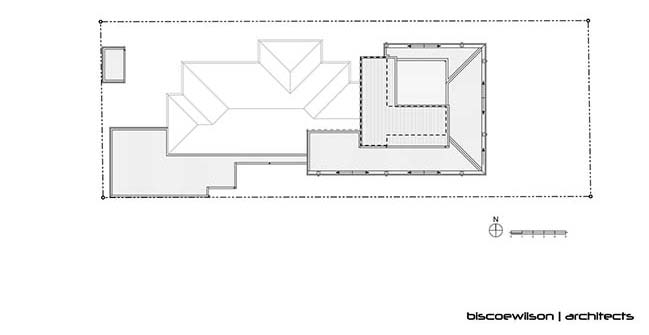 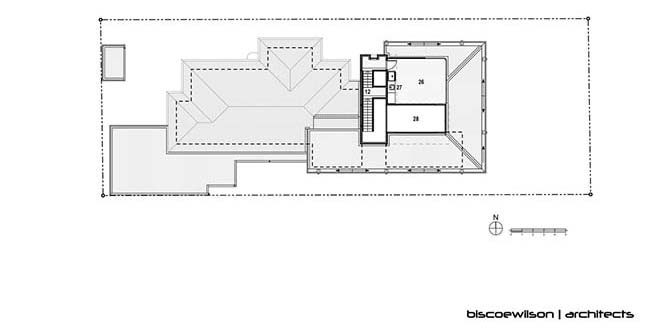 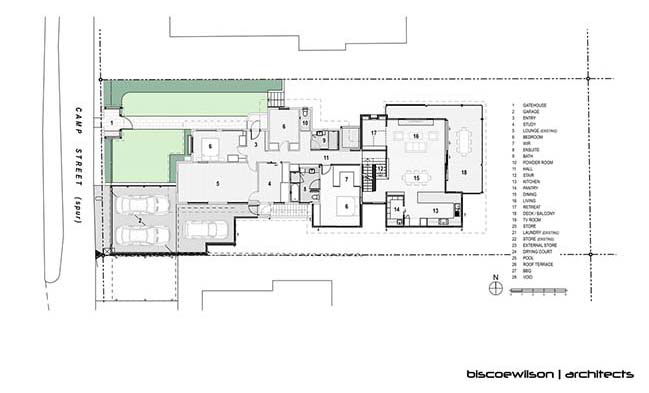 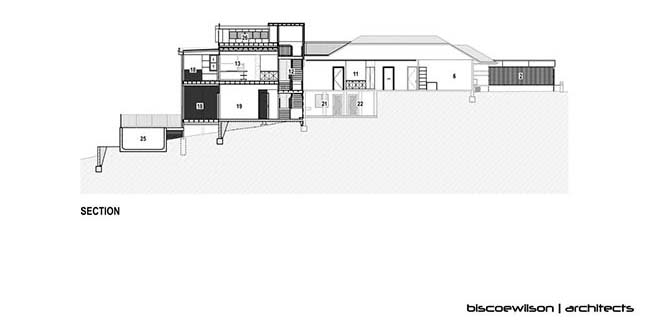 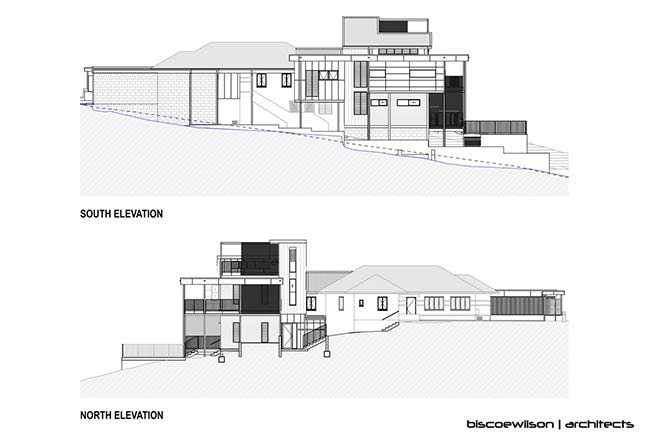