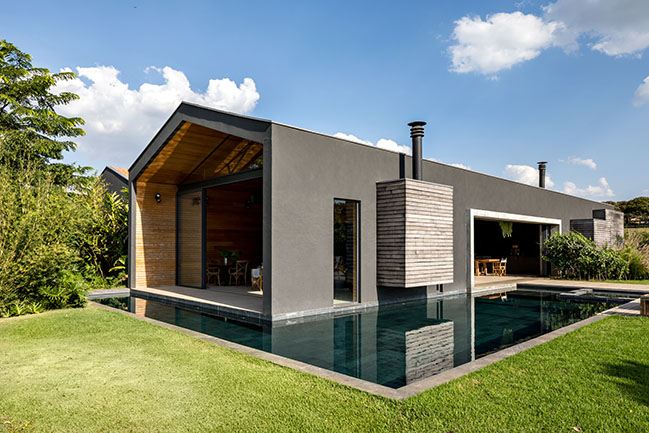 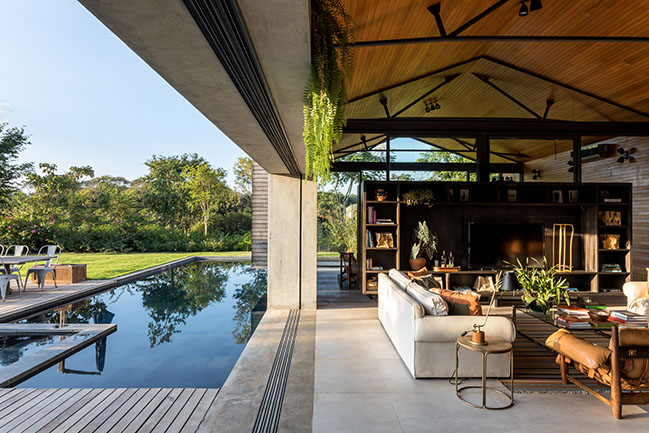 From the architect: The house is located in a stud farm, which has certain restrictive rules regarding appearance and architecture, and among them, the one that affected us the most was the compulsory requirement to use a clay roof, which is very common in Brazil, with at least two versants. 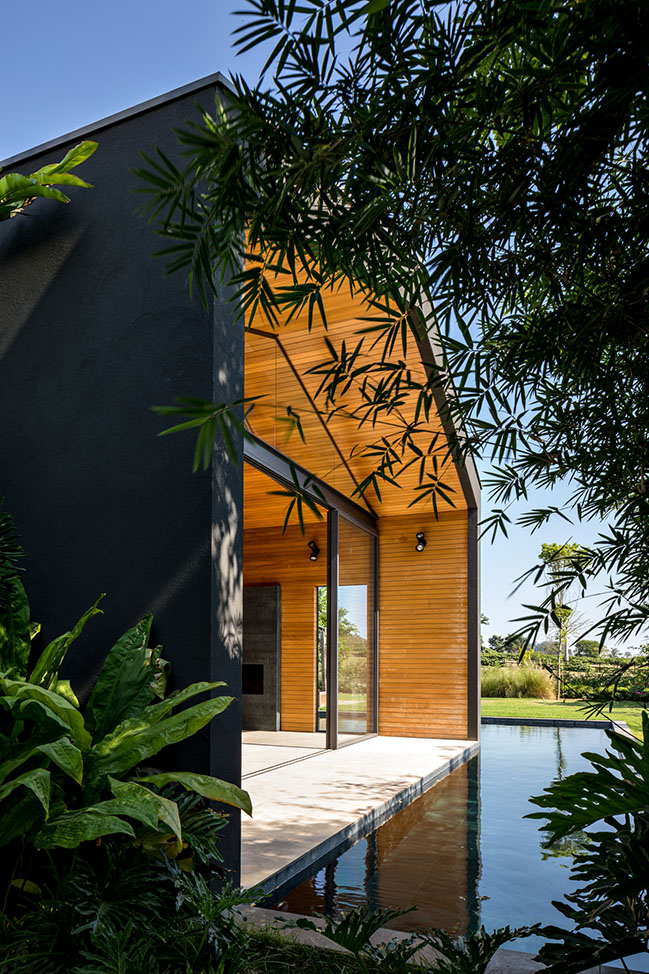 Having these issues in mind, we started from a residence archetype, almost like a child’s drawing; two walls, two versants. The first idea of a residence. From these simple sketches, we began making a kind of extrusion, creating a pavilion, or large barn. We then resolved to sectorize and duplicate these blocks, creating an interior garden between them, which also provides access to the house. In the block that has more contact with the remainder of the land and garden, we positioned the social areas and kitchen, which in this context is a reversible interaction area, and in the more isolated and private block, we placed the several bedrooms and children’s playground. 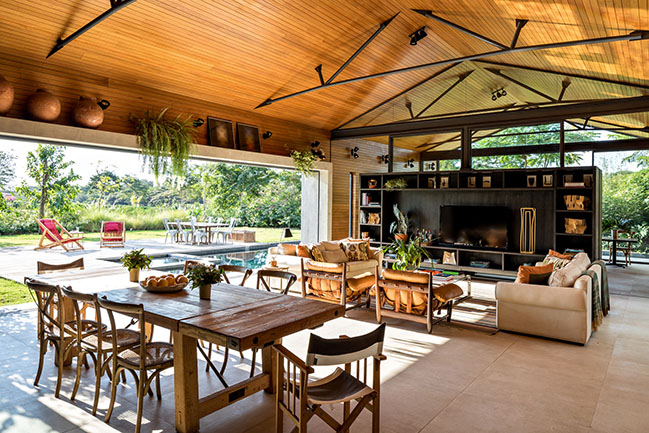 Once the sectorization has been settled, we started working in volumes. Instead of a traditional balcony, we created a concrete gantry allowing the window frames to fully retract so the main room becomes the balcony. A pool, in black slate, surrounds this social volume, in “L” format, serving also as a water mirror. A rack designed by us tenuously separates a home theater space from the fireplace, with access to a large glazed opening, from where it is also possible to access the pool. The kitchen, performed in light structural system, repeats the “little house” format within the main volume, fully made out of darkened wood, having a large reversible opening. 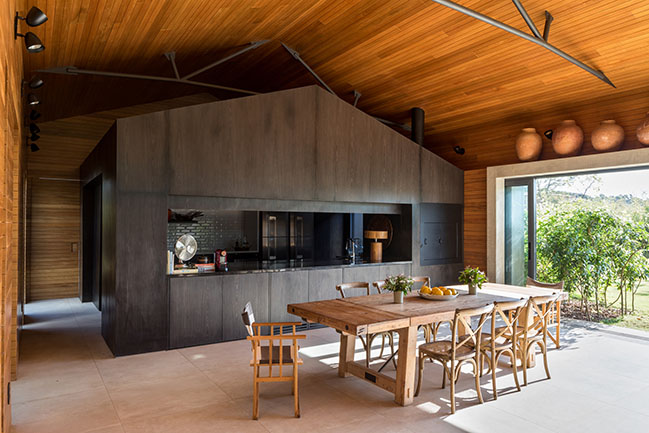 We sought a contrast between the external black-painted mass and a light internal coating, in tauari wood. The rook structure, made of wood and steel, breaks the traditional shears – it is the only portion of the structure that is apparent, drawn in a manner that makes the structural efforts clear, resulting in an extremely light and curious design. 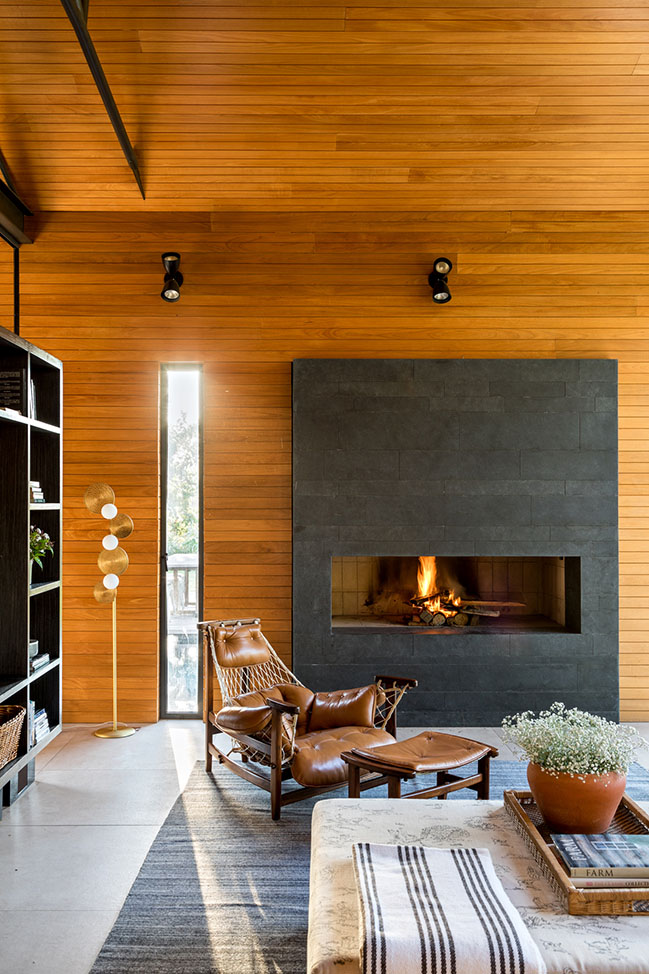 The bedrooms’ block has external openings coated with untreated wood for it to become greyed out with time, just like traditional Brazilian constructions, with small blocks breaking the walls’ linearity of the main volumes.

The result is a house that, from the outside looks extremely simple, but on the inside a surprise of contrasts and relations between the most common spaces for this type of holiday home awaits.

YOU MAY ALSO LIKE: Neblina House by FGMF Arquitetos

Sunset Houses in Tibau do Sul by Vilela Florez