The PATIO HOUSE, measuring 180 m2 is situated on the outskirts of Ljubljana’s city center. The plot encompasses 550 m2 and lies adjacent to a prominent 30‑km‑long recreational promenade, which encircles the city like a green ring... 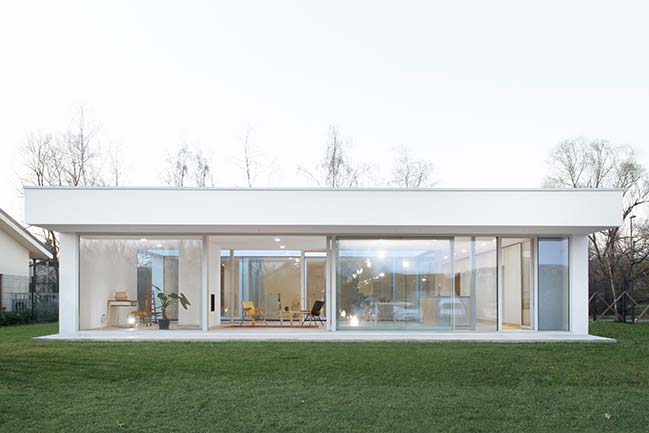 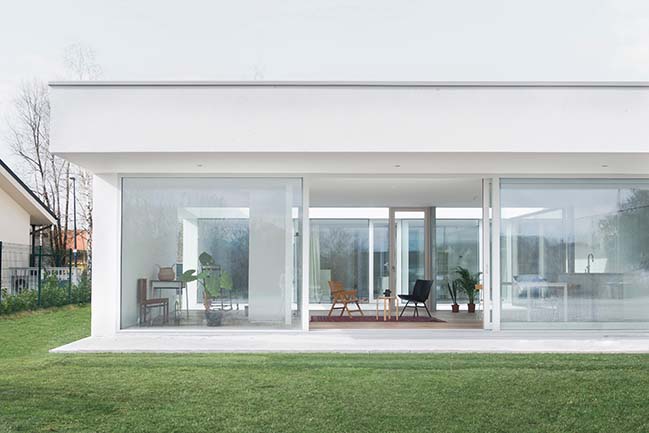 From the architect: To the south the plot borders an area of a future housing construction, which has not yet been determined. This attractive space offers all the benefits of living in nature, while having all the advantages of the city. 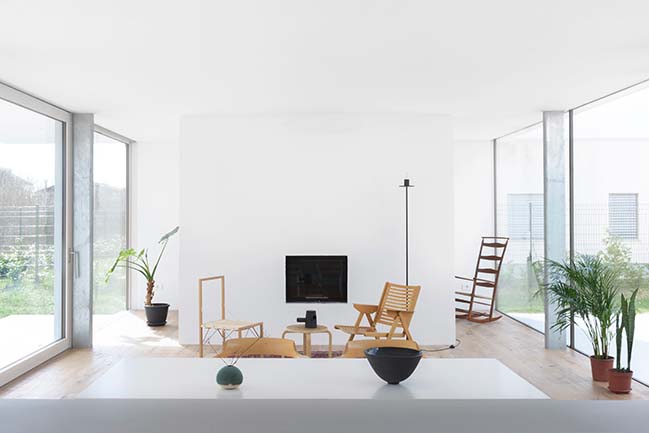 In spite of its seeming simplicity, the minimalist-designed house offers complex spatial and living experiences. The clever architectural design responds to the needs of a family of four, who wished a house with a high degree of privacy, while enjoying its spaciousness and openness despite the relatively small plot. 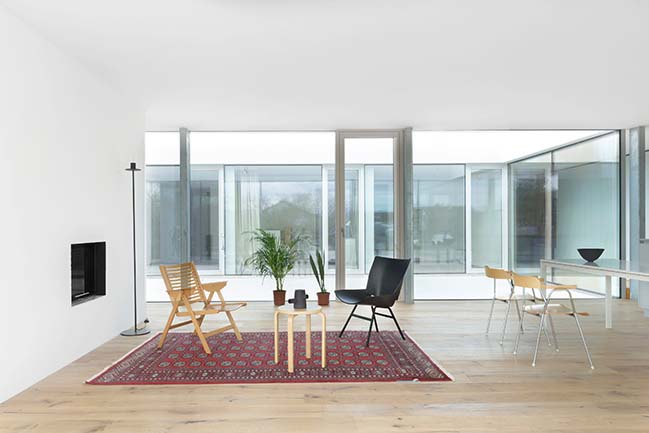 Due to the unpredictable nature of the future development in the area, the house is oriented into itself. It forgoes a garden in favor of an intimate inner atrium, around which the entire program of the house is arranged. The atrium is embraced on two sides by two wings connected via a corridor. The south wing features living areas, and the north wing features sleeping rooms. 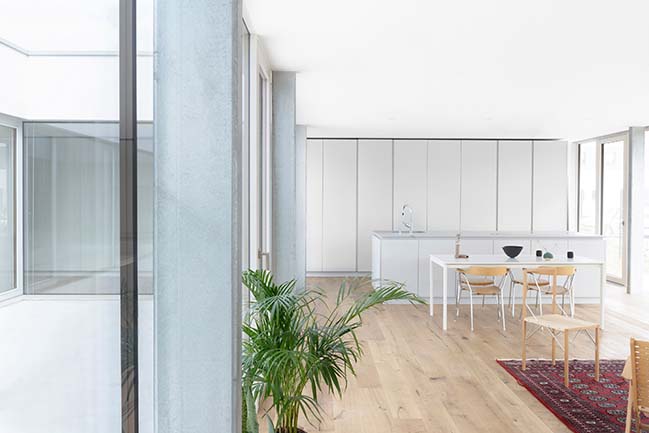 To the south the living area expands into a wide terrace, covered with a projecting roof, designed for daily living in the open air. Both living and sleeping areas open into the inner atrium and are separated only by moveable glass walls and doors, thus creating a unified living space both in conceptual and functional sense. The sliding doors create a seamless connection between the interior and exterior ambient. 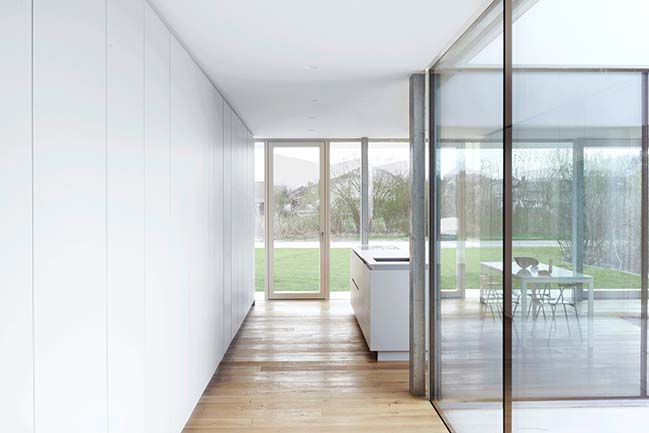 The inner atrium is a space for intimate family life. Both wings are connected by a corridor. Alongside it runs a 25 meter long built-in wardrobe, which blends into the kitchen elements at the living area. The corridor itself also opens to the inner atrium via glass wall. Its length enables long perspective views and dictates the pace of movement within the house. Street access to the house is nestled within an inlet, thus removing it from the street. Under the large projecting roof there is parking space for two vehicles 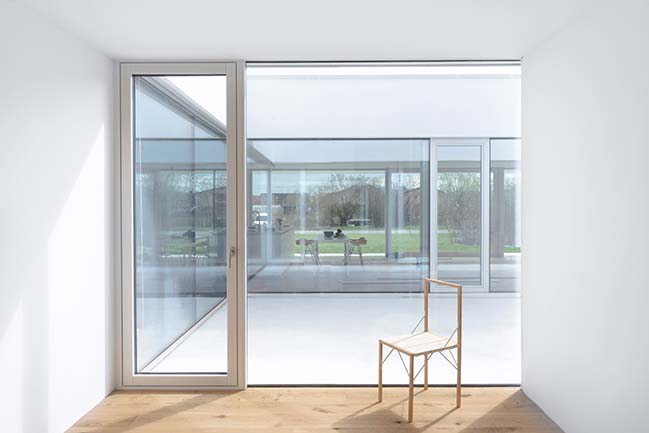 The design strategy builds on the idea of clever circulation within the building and ensures an effective natural lighting, transforming the house into a picturesque, light-filled scene and promenade: into a device providing sequential views into various thematic layers of the interior, the vast skies, the surrounding roofs and treetops. 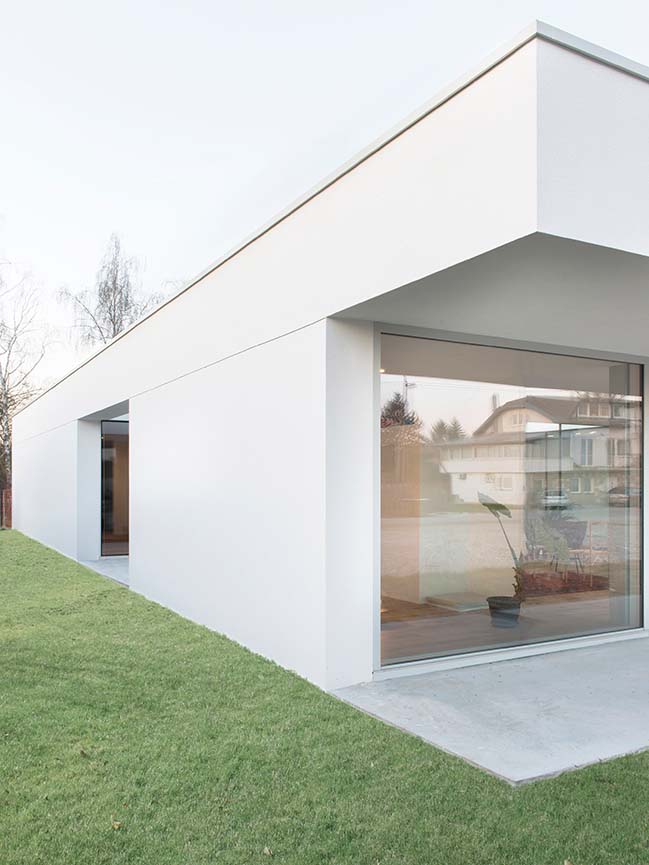 By covering the glass surfaces, one can define various levels of intimacy in the rooms and different sequential program scenarios within the living dynamics. By carefully selecting furniture and materials a simple yet elegant atmosphere was achieved, which has a calming effect and a positive impact on the overall well-being and productivity of the residents. 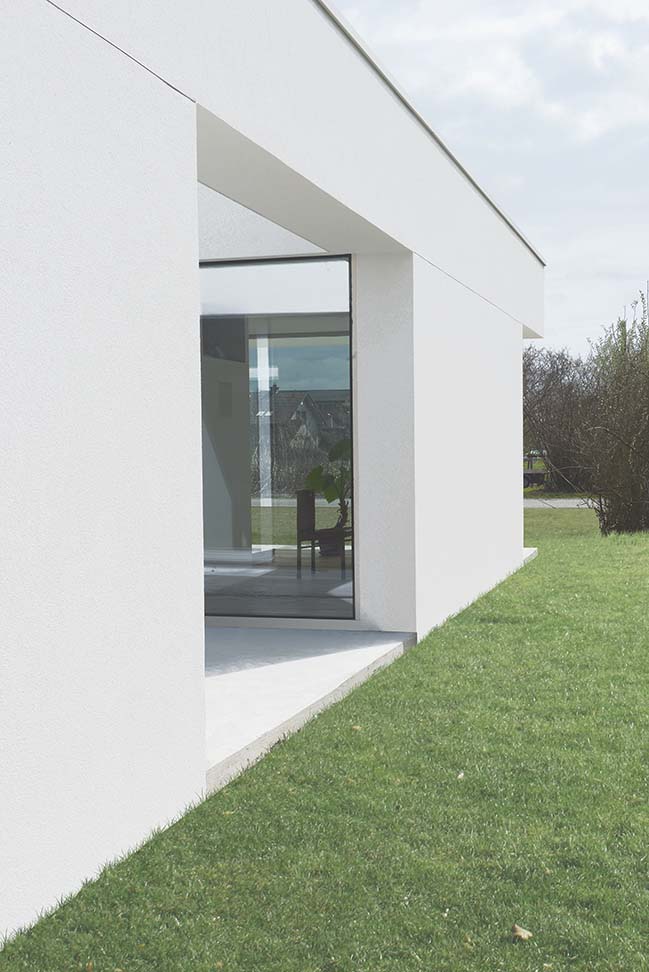 The house brings forward a new concept of modern living where efficiency and sustainability are not only concepts but are effectively brought into practice. 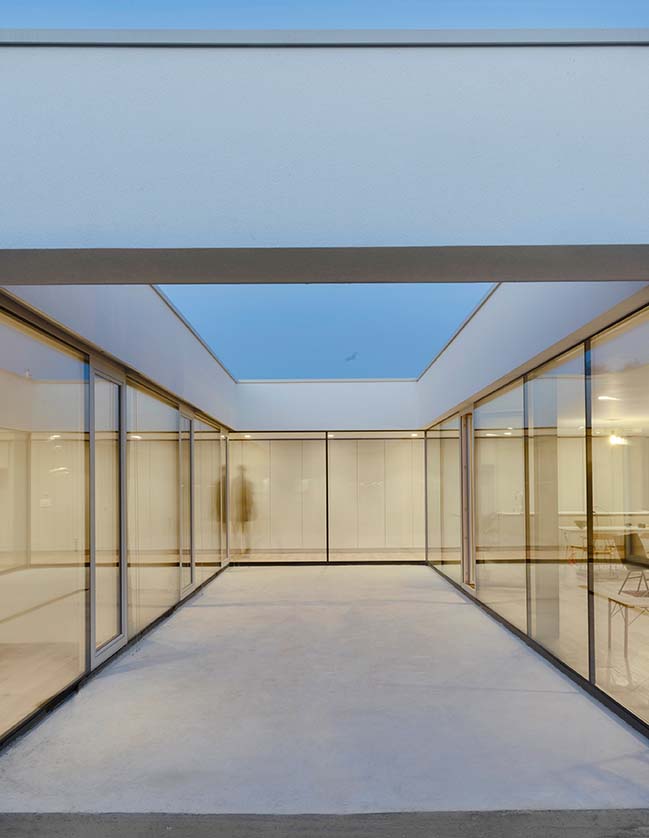 YOU MAY ALSO LIKE:
> Patio House by BLOOT Architecture
> Minimalist Monochrome Glasshouse by Sarah Waller Architecture 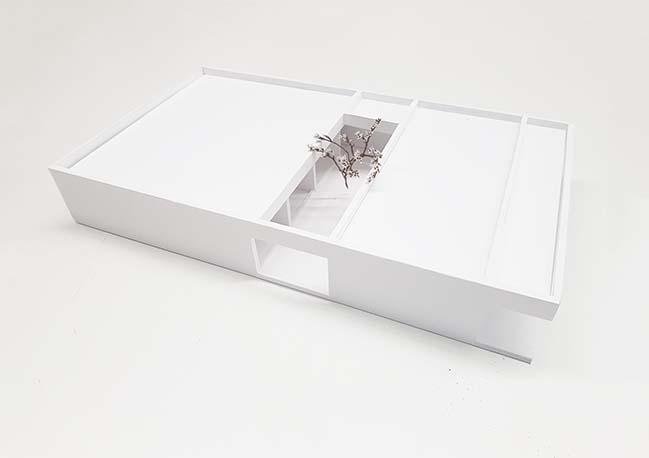 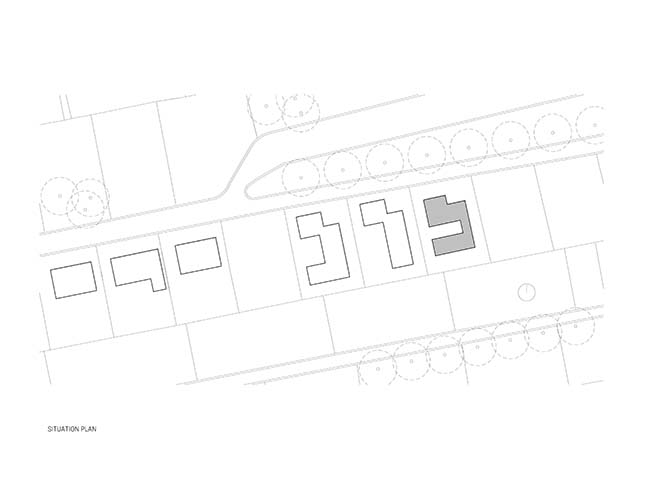 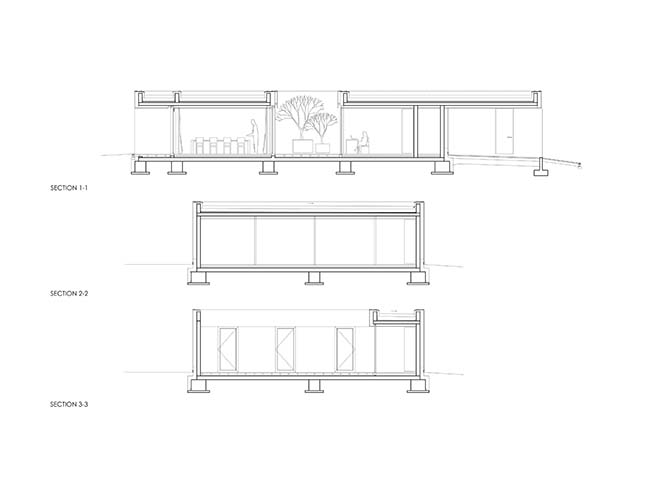 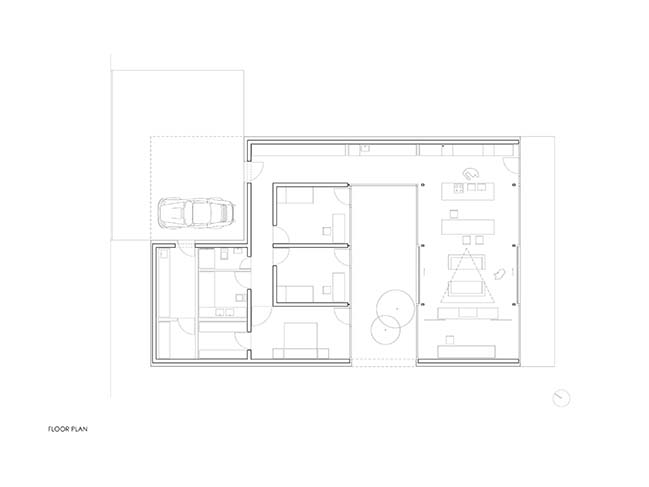