​Designed by ​After Architecture​, a Knoxville, Tennessee-based design and research firm, Camp Barker Memorial was recently completed on the grounds of Garrison Elementary School in northwest Washington, D.C. 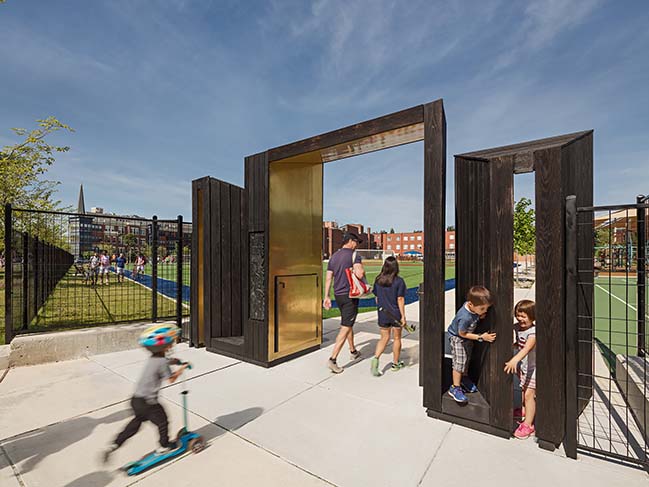 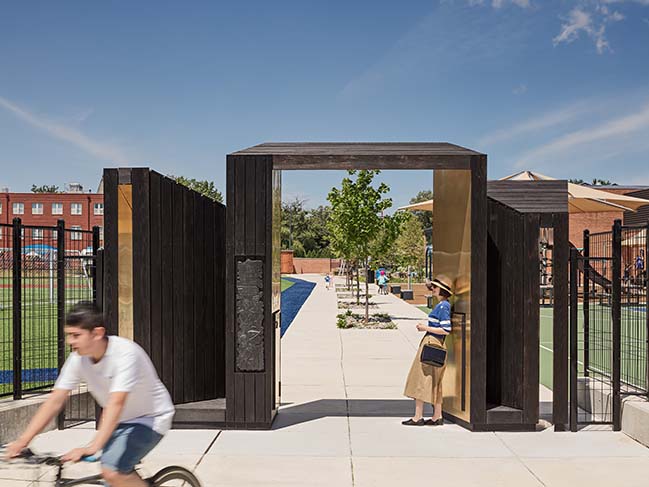 From the architect: The memorial, which is permanent and open to the public, subverts typical Washington, D.C. monuments in concept, form, and material. In a time when the role of public sculptures, particularly those dedicated to the Civil War, is being debated across the United States, the project sheds light on America’s history of oppression rather than celebrates valor in battle. 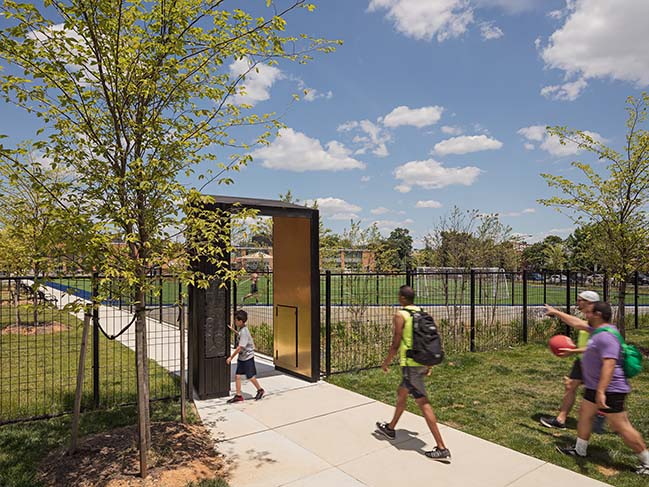 After Architecture’s Camp Barker Memorial frames and reveals the site’s history as Camp Barker, a Civil War ‘contraband camp,’ ​through the design of three entry gateways that are simultaneously functional, educational, and commemorative. ​During the war, Union forces used the term ‘contraband’ to describe formerly enslaved persons who were considered to be captured enemy property. While the site’s original buildings were built as barracks for Union soldiers, they were later transformed into refugee housing for those escaping slavery. Living conditions in Camp Barker were harsh but gave rise to the enduring community of the surrounding neighborhood. 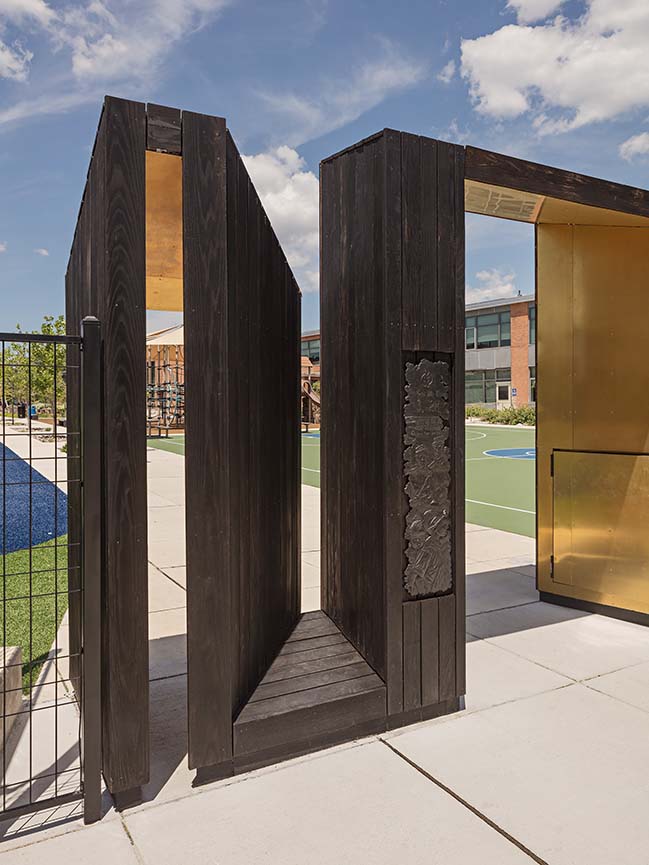 "Traditionally, a memorial takes form as a singular monument within the landscape, acting as a destination to be visited,” says After Architecture co-founder ​Kyle Schumann. “​Taking the memorial off its pedestal and making it into a space allows it to be accessible to everyone—it becomes a structure that can be walked through, touched, and inhabited." 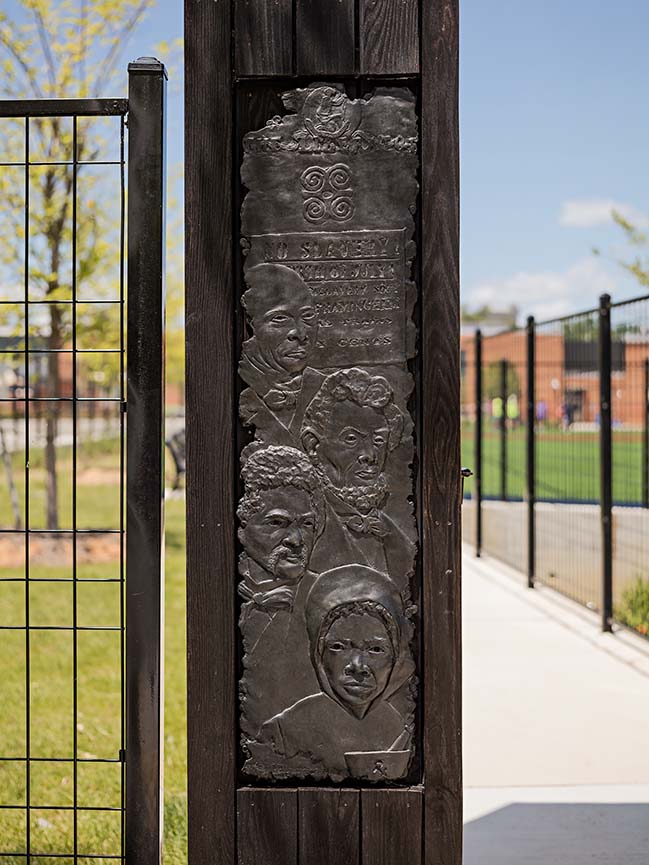 Placed on three sides of the site, which covers an entire city block, the gateways of Camp Barker Memorial simultaneously address the unmarked history of the site and its modern-day function as a public elementary school and popular public park. The entry portals, which are 10.5 feet tall and range from 16-feet to 6.5-feet wide, recall the informal settlement of Camp Barker through structures that allow for passage and shading. A continuous folded plane forms each passageway’s floor, walls, and roof. On the playground side of the entrance, smaller side wings create habitable spaces within the thickness of the gateway that engage the scale of the child and encourage young students and passersby to contemplate the site’s history. 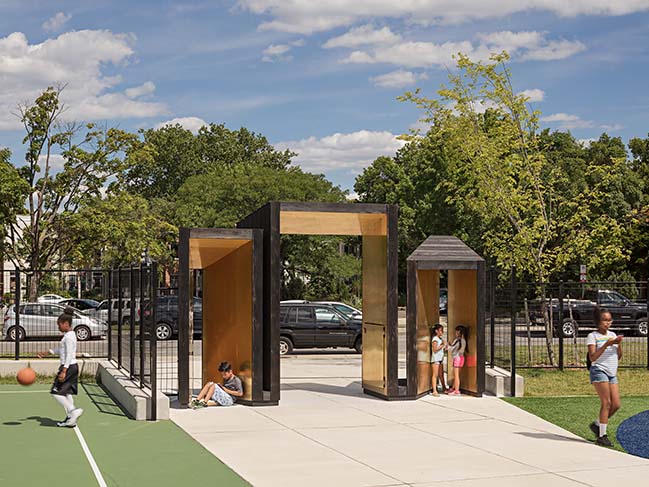 The memorial diverges from the classical language of American monuments both in form (figural sculpture or colonnade on a classical pedestal becomes inhabitable folding form) and material (white marble becomes black wood).​ ​In contrast to the white marble monuments and landmarks that define Washington D.C.’s public landscape, the exterior surfaces of each portal are clad in charred wood that recalls the strength and hardship of the community that grew out of this camp. Hardened and enduring, charred wood is UV, weather, rot, fire, and insect resistant. “So many of Washington's monuments celebrate American valor, but few acknowledge the more difficult parts of our history,” says After Architecture co-founder ​Katie MacDonald.​ “We hoped to bring attention to the complex legacy of the site as a place that provided shelter to those escaping slavery, but also continued to limit their rights and humanity." Brass interiors invite personal reflection on the site’s history and cast a warm glow on the nearby area. Standing within the portal and looking into the brass surface, one can view the outline of one's own reflection and the surrounding colors, but not individual features. This blurred reflection creates a kind of visible ghost that removes personal identity in favor of a shared human condition. 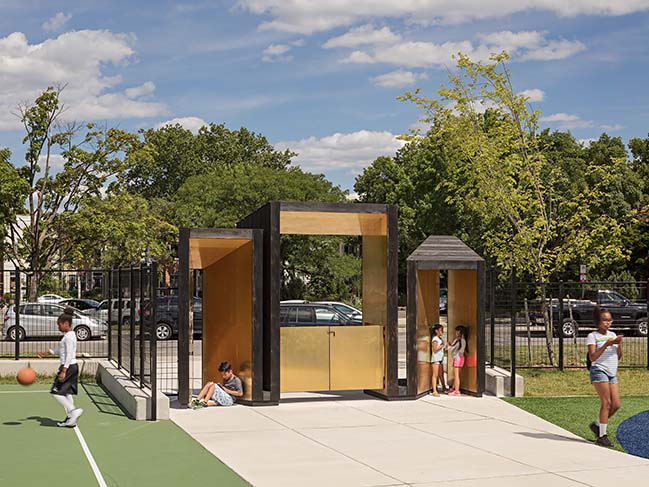 Each of the three entryways also incorporates a recessed narrative bas relief sculpture made of blackened bronze by Vinnie Bagwell, an artist known for her works celebrating African American history. They depict key moments, texts, and figures from African American history including Sojourner Truth, Frederick Douglass, William Lloyd Garrison, "We the People,” and 1862, the year of the DC Emancipation Act. Framing the entryways to Garrison Elementary School’s public recreation spaces, the Camp Barker Memorial asserts a new model of memorial intended to foster awareness and dialogue as part of the fabric of everyday life. 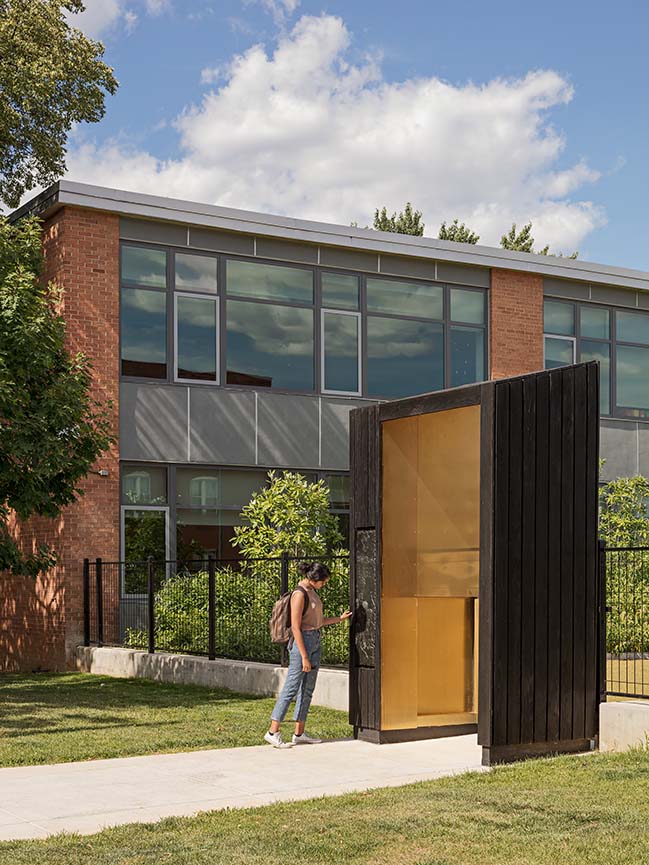 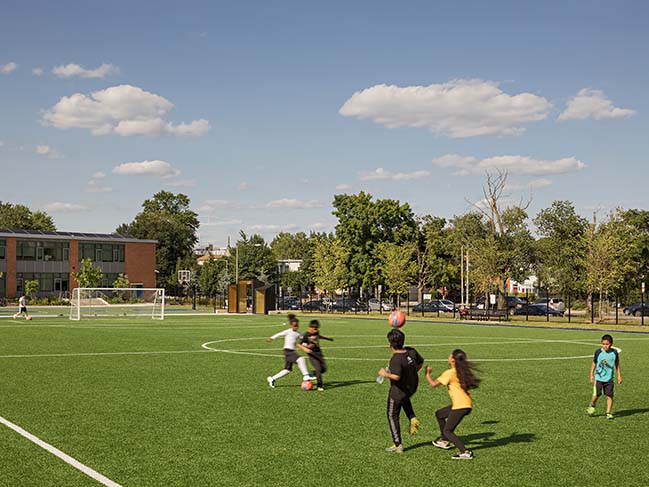 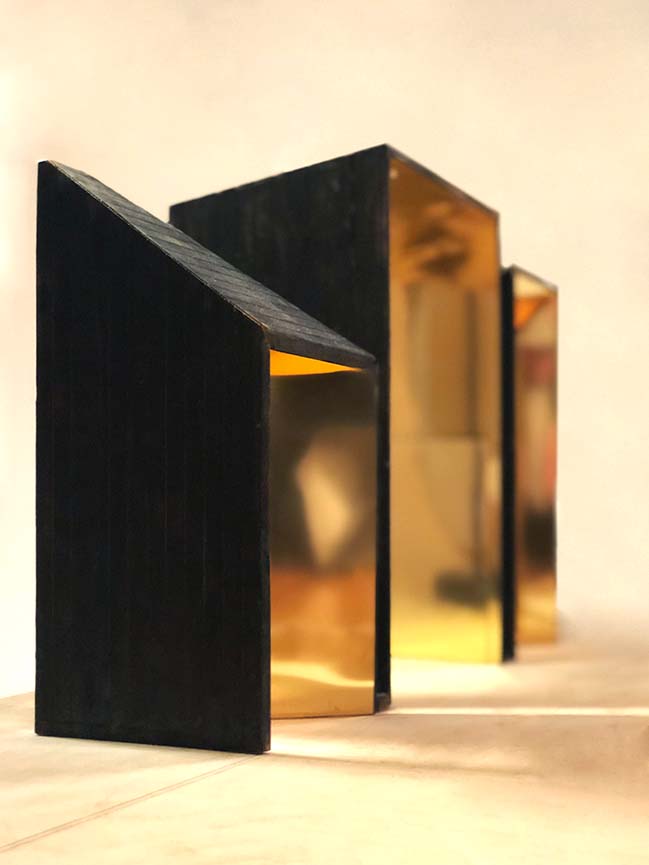 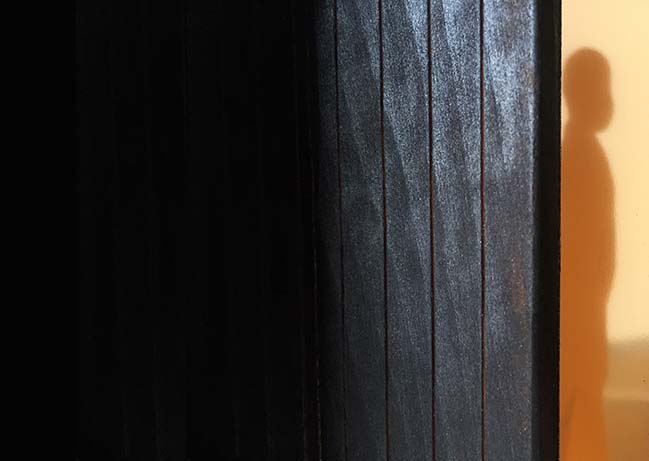 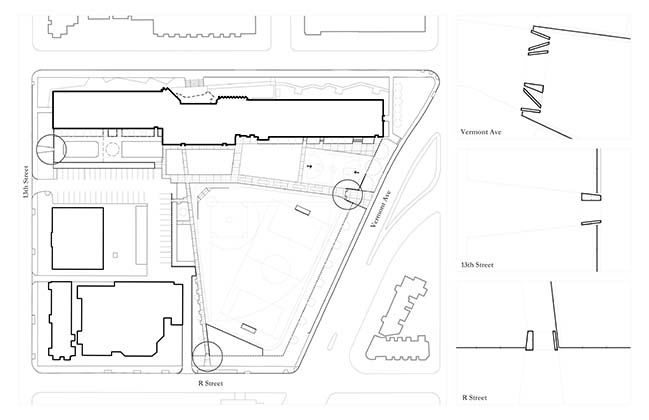 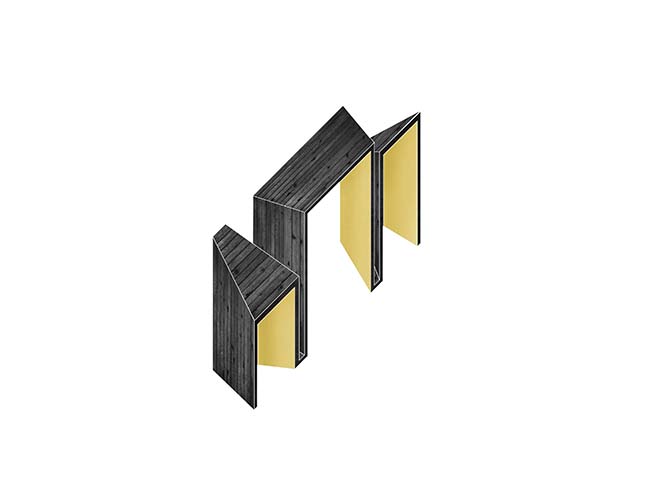 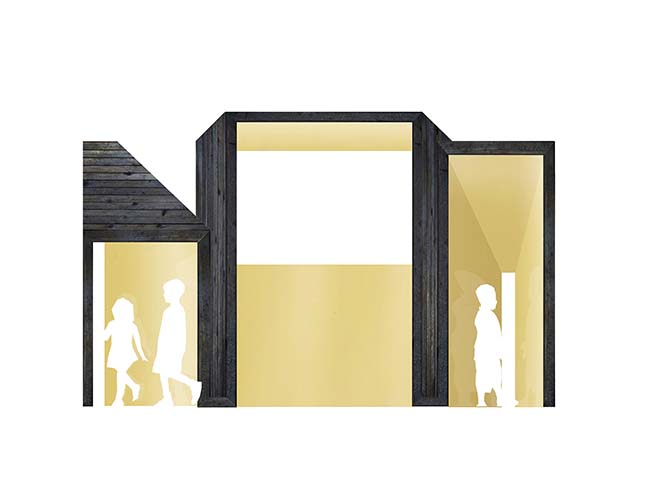 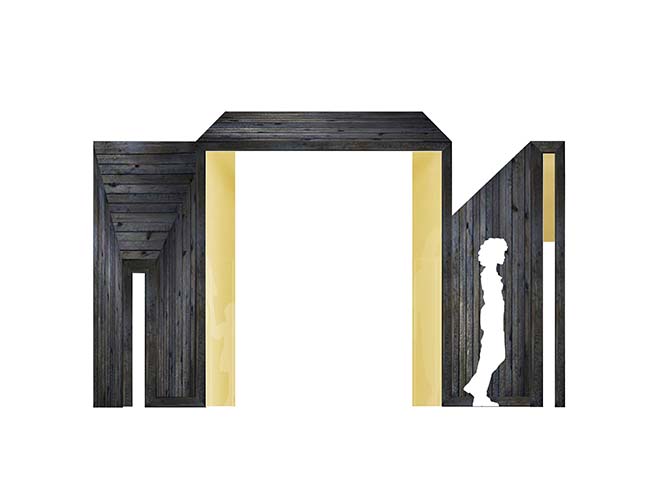 09 / 07 / 2019 ​Designed by ​After Architecture​, a Knoxville, Tennessee-based design and research firm, Camp Barker Memorial was recently completed on the grounds of Garrison Elementary School...