Atelier RZLBD has proposed a 56km long tower, to be hovering above Toronto’s Yonge Street - the longest street in the world...

Dear Toronto
Toronto, you are one of the most culturally diverse cities in the world, proudly referred to as “Canadian Mosaic.” However, despite all the optimism, you have also become one of the least affordable cities in the world, with 1 in 7 residents struggling for housing. You have divided yourself into downtown, midtown, uptown, and the periphery, based on wealth, social class, and ethnicity. Your housing market is overly exploited, and now we all know that neo-liberal market economy will only continue to maintain a society that marginalizes the weak and the poor.

“Middle Ground”
“The street is a room of agreement.” — Louis Kahn

There is a land, a ground, that can be saved from the disease of the real estate speculation: your streets, the lands which, owned and managed by the government, belong to everyone. For you, Toronto, Yonge Street is such an example. Once regarded as the longest street in the world, its straight line is the “spine” of the city, where finance, culture, entertainment, public transit, development, and opportunity are concentrated. Reclaiming Yonge Street signifies — and catalyzes — reclaiming the city back to all its citizens. It allows the government to break through the loop of the marketplace and to participate more proactively in taking care of its people. 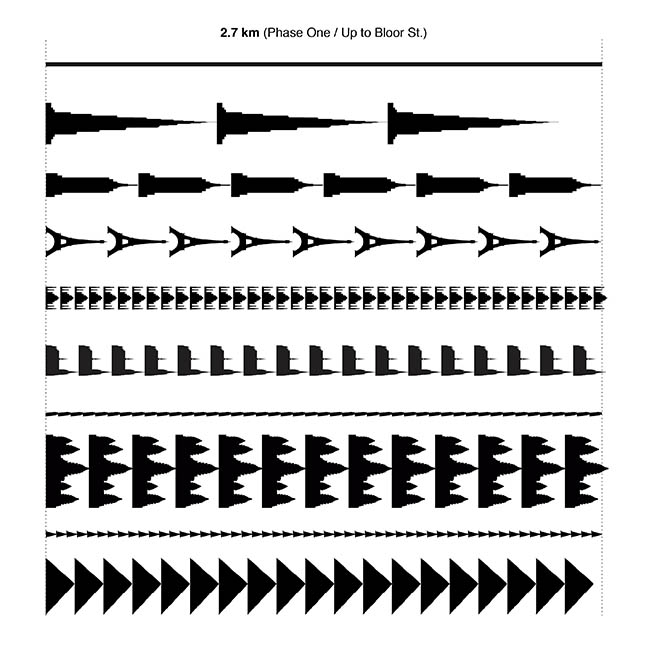 #YongeCity
My proposal for you is to build over Yonge Street a long, mid-rise (~6-story) mega space-frame, whose upper half (3-story) is to be occupied by commercial and residential units, whose lower half (3-story) is to be hollowed (except for the access and structural “legs”) for the existing vehicle and pedestrian traffic, and at whose “belt” the frame is to be floored to accommodate elevated walkways for the public and the residents. Its apparently huge undertaking will adapt to various circumstances, by using the modular unit system and phased construction. Unlike a typical tower, which needs to be built in one take, the proposed design is to only provide the mega space-frame, access shafts, and services. The prefabricated modular unit, such as a shipping container, is to be inserted into the space-frame post-construction based on the unifying grid system. The grid system will be determined by: 1) the design of Yonge Street, the width of which is 18m (four traffic lanes of 3m width + two pedestrian lanes of 3+m width), and the length of which is 2.7km from Front Street to Bloor Street, 18km to Steeles Avenue, and 56km in its entirety; 2) the major intersections of Yonge Street, which, also corresponding with TTC subway stations, are the locations for the access and structural shafts; 3) the dimension of the standard shipping container (L 6.0m / 12.0m x W 2.5m x H 3.0m). In its full establishment, the maximum of 134,400 units can be provided, well beyond the figure of 116,000+ individuals and families in need of housing in the city. 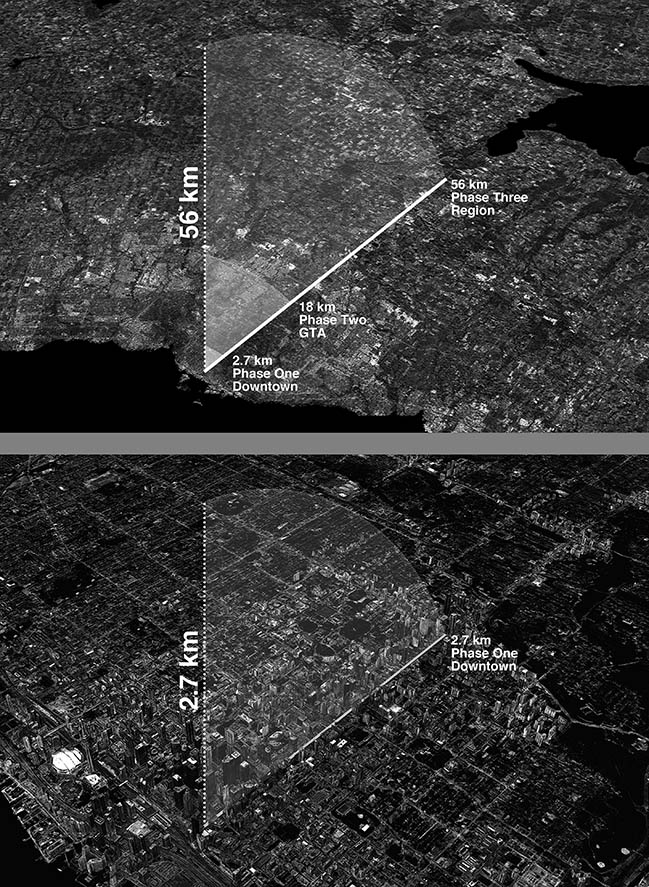 Not only financially affordable and adaptable, the proposed design is also environmentally and socially sustainable. The North-South axis of Yonge Street allows all units to have favorable natural light from and selected views towards east and west. The central walkways between the units promote pedestrian-friendly green spaces and open-ended social encounters. Long, flat rooftops can harvest clean energy comparatively more than towers, which, by definition, have minimum horizontal surfaces. By extending horizontally rather than vertically, construction is less damaging to nature; excavation for foundation is minimized (large weight divided into many smaller weights); sewer, mechanical, and electrical systems are distributed rather than concentrated; traffic is dispersed rather than congested; density is stretched rather than extruded; etc. 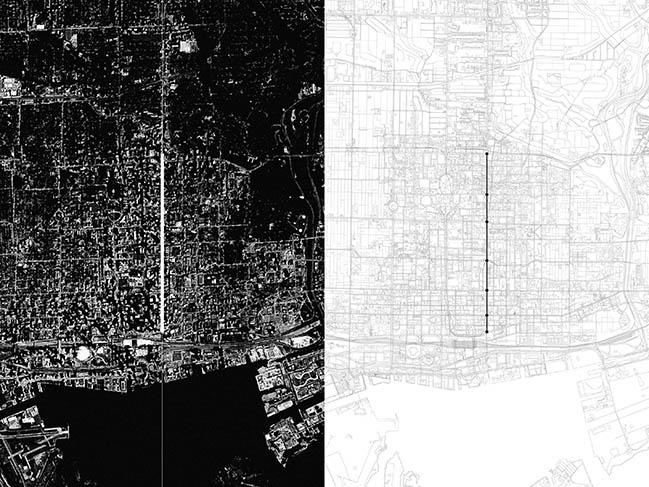 Tilting the Tower 90°
“We live in metaphors. Buildings, structures, and cities are constructed material images of our view of the world, belief systems, and fears, as well as of ourselves, as much as they are practical devices.” — Juhani Pallasmaa 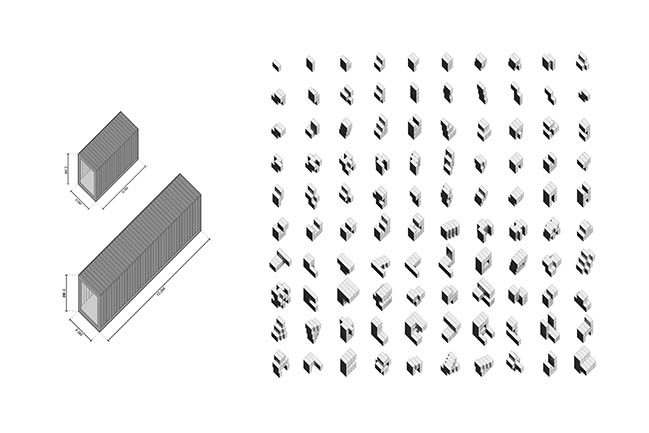 In cities, a tower symbolizes inequality and hierarchy; the richer you are, the higher you live. It leads one to become an egocentric and individualistic person. Yet, living in a market-oriented housing unit, which shows no genuine consideration for individual needs and wants, one paradoxically suffers from the lack of identity. Let us tilt the tower 90°. This seemingly perpetual line over Yonge Street will symbolize equality and diversity, being accessible and occupiable by everyone without financial or cultural discrimination. Forming one long, continuous neighborhood that blends well with the surroundings in height, it will lead one to become an egalitarian and collectivist person. Yet, at the same time, through the infinite iterations of the modular unit, one will regain the expression of identity. 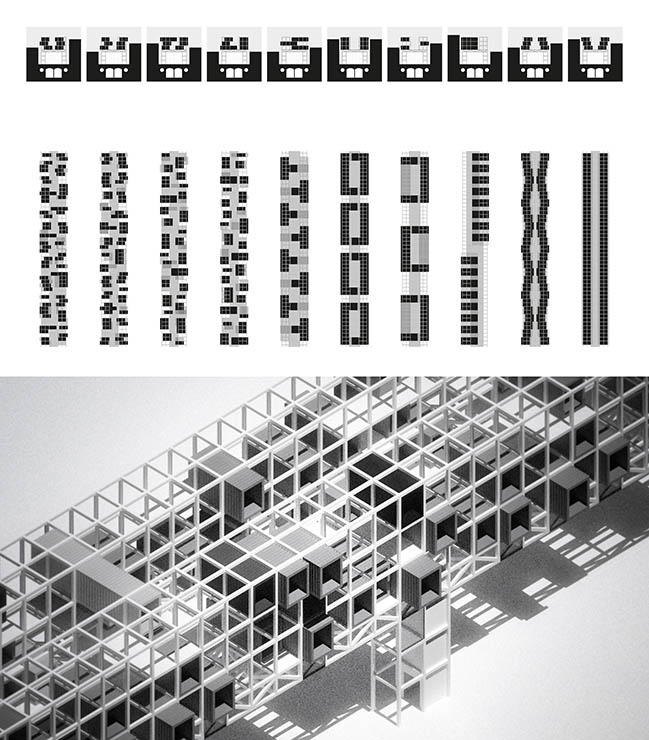 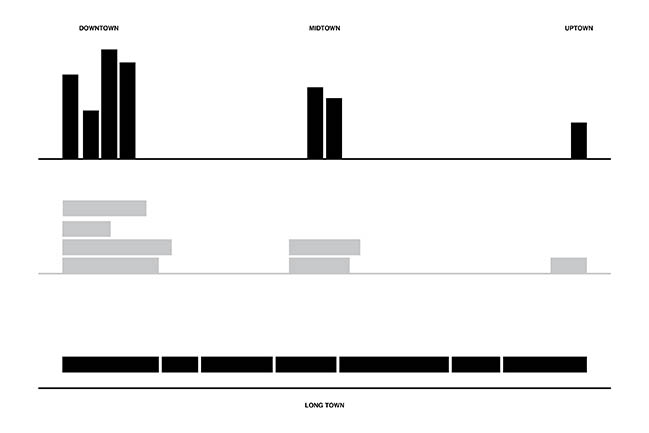 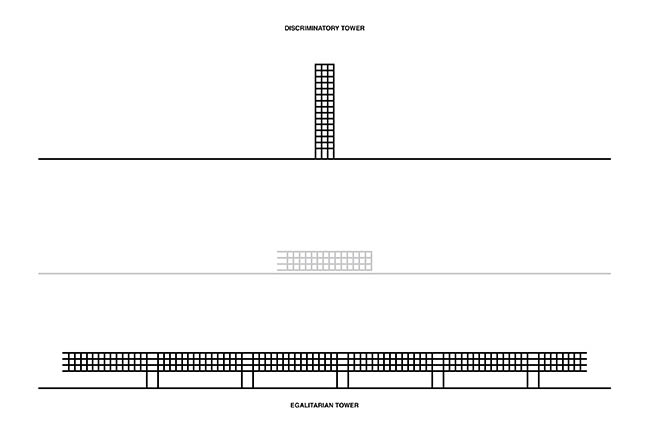 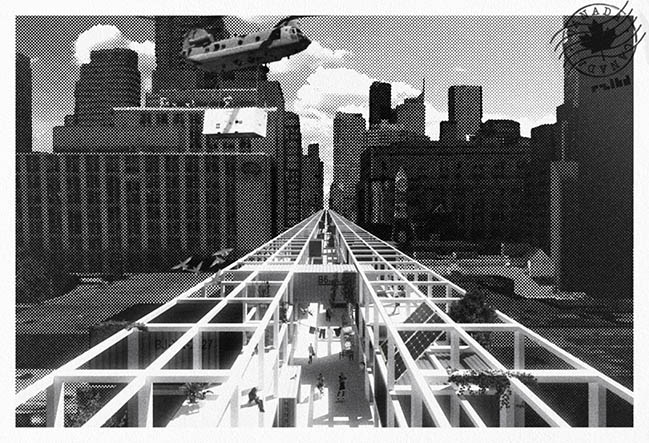 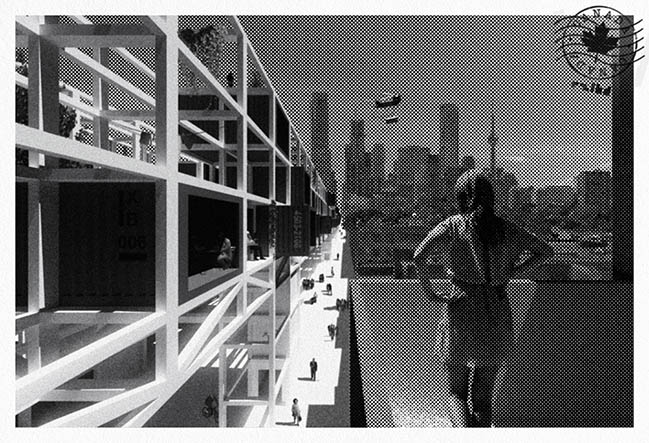 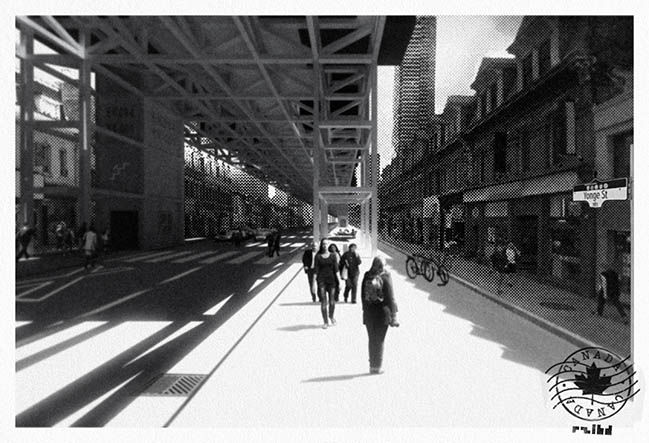 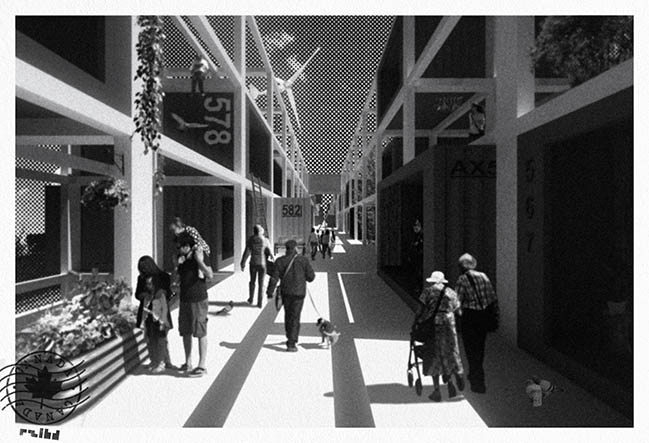 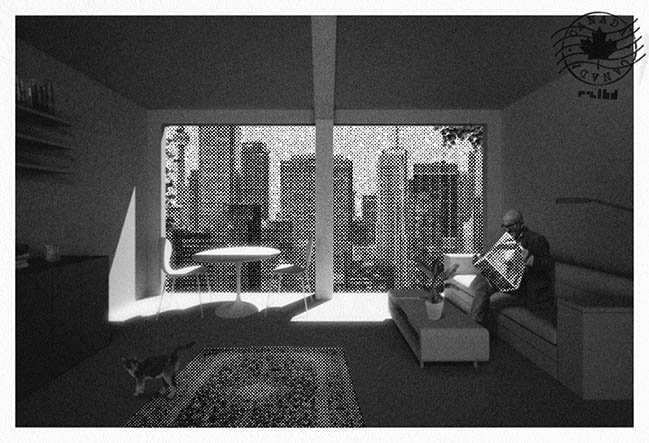 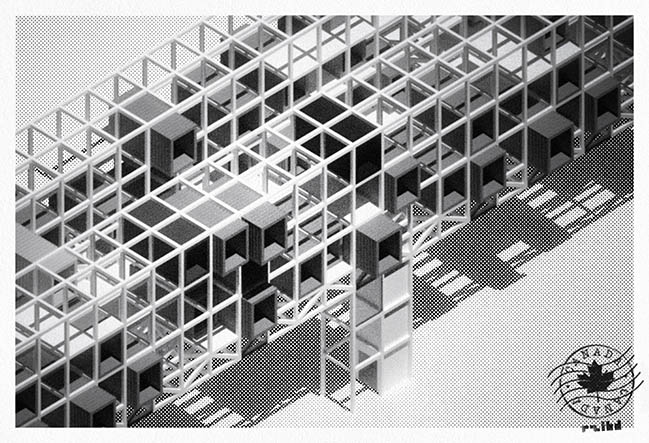 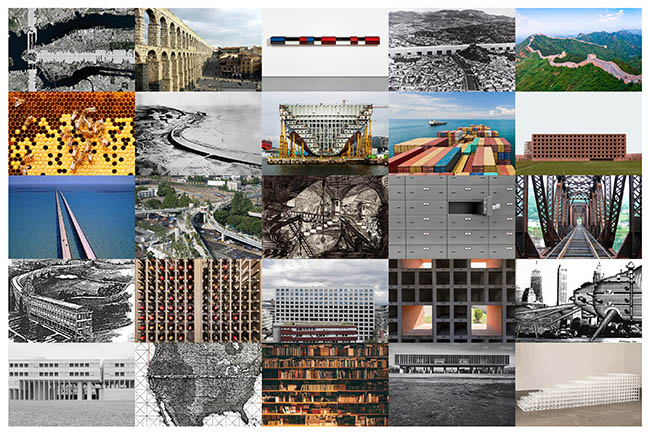