ECDM Architectes designed this hotel as a succession of plans and sequences condensing the long traveling shot that leads the traveler to Paris. 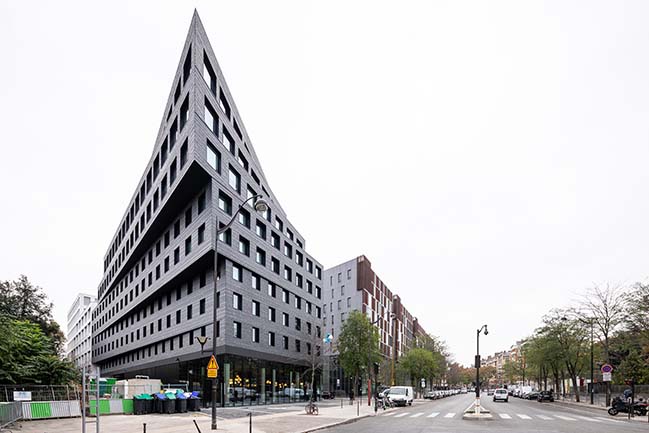 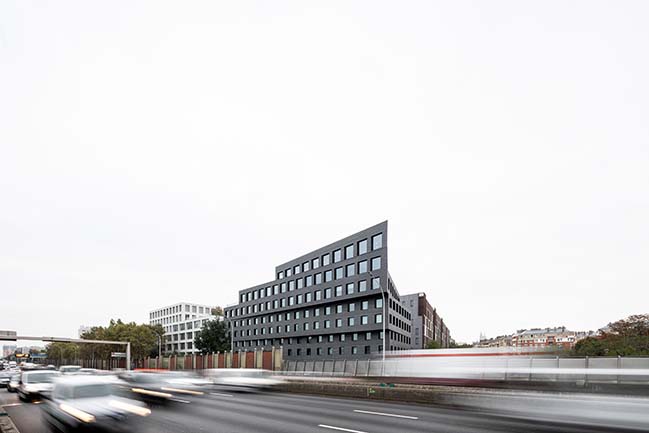 From the architect: Access to the hotel is from a reception on the roof of the city, a place from which one can apprehend the opposite way, to understand Paris, this open territory which unfolds in a limitless continuum, whose the white horizon is punctuated by magnificent emergences. Our project will be a place characterized, surprising, a destination, a landmark, a connivance, a point of view on the capital. 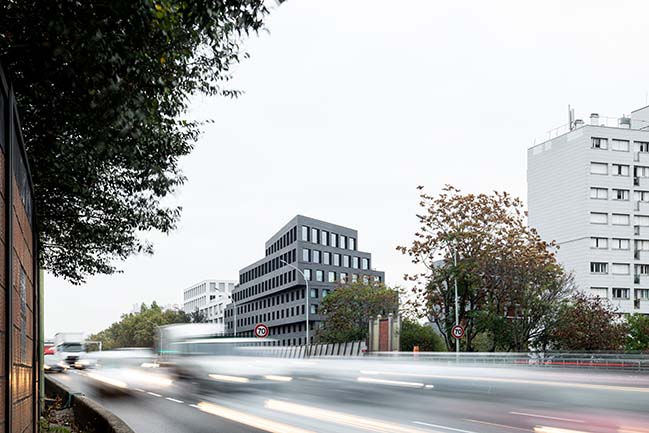 The volumetry of the building contributes to the affirmation of a device destined to become an inhabited urban boulevard, a metropolitan landscape. Also the building envelope fits into a perfectly defined template. The volumetry is thought in continuity of the project of the business hotel of Zundel and Cristea. In the manner of an open book, the architectural elements are matched, inscribed in the same alignment: the pedestal is perfectly prolonged, just like the generators that define the ridge, the recesses or the attic figures. We organized the programs by stacking them so that they can be deployed in large shots entirely dedicated to a single use. Thus the building unfolds in height in a succession of plans of a great clarity of space. 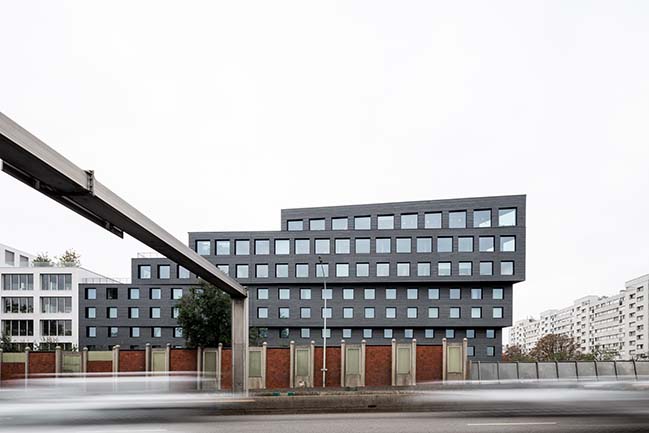 The different trays are articulated around a central technical space. The organization of the different plans borrows from the tertiary model a rigorous and effective device, both from a spatial and technical point of view. The center, largely sized, is dedicated to fluids and vertical circulation, releasing large surfaces perfectly scalable, with a very high valuation of facades. The trays are thus totally free of any bulky item. The plans are simple, rational, the identification is easy; At each level, at the ends of the circulations, large framing on the city allows the natural light to enter widely into the horizontal distribution spaces. 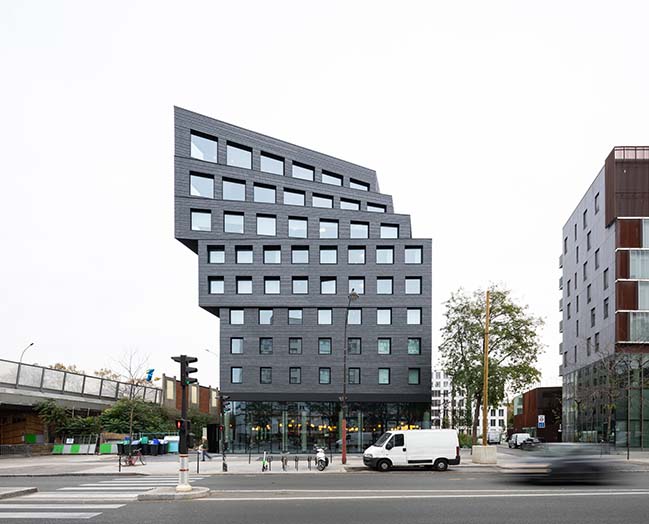 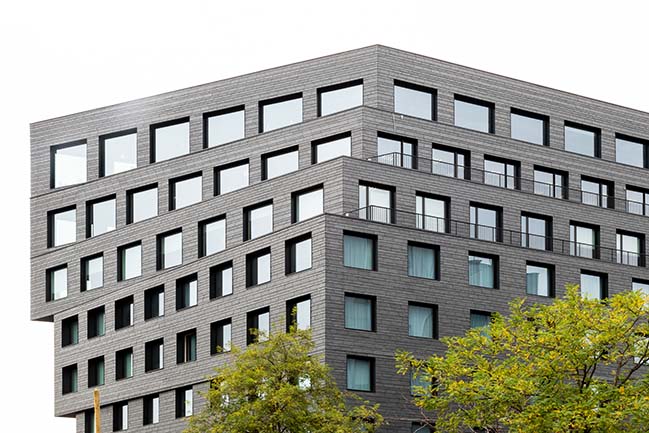 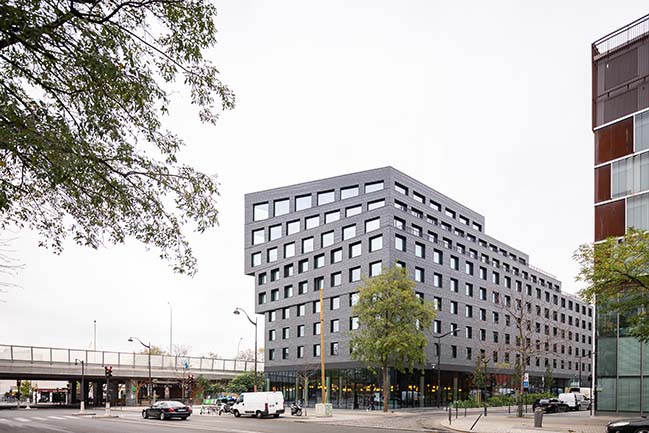 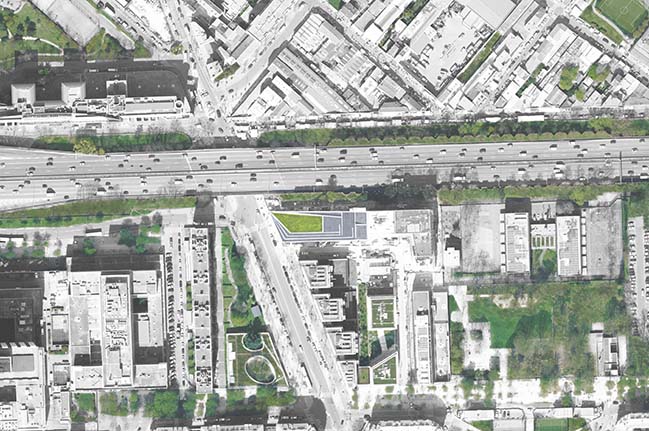 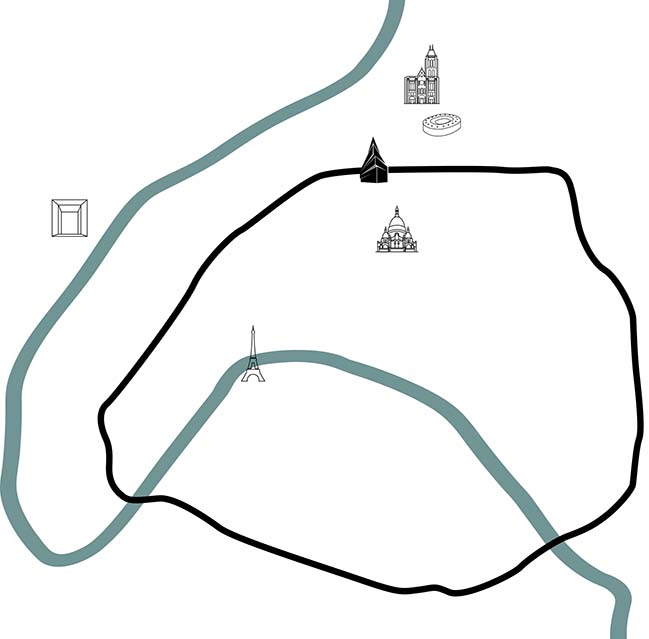