MVRDV and GRAS complete phase one of Project Gomila in Mallorca

A colourful collection of buildings: MVRDV and GRAS complete phase one of Project Gomila in Mallorca... 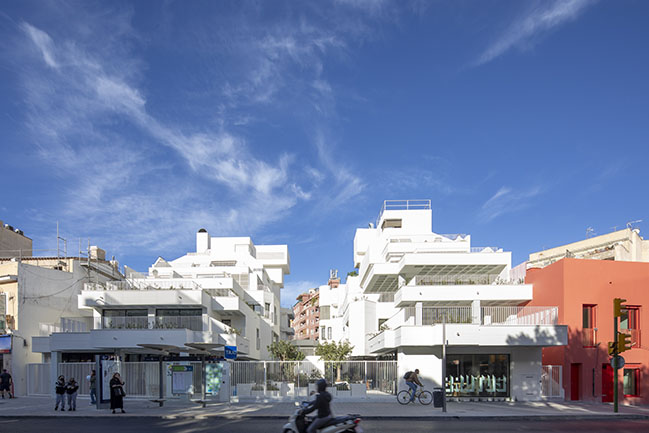 From the architect: The construction of the first five out of the seven buildings that make up Project Gomila in Palma de Mallorca is complete. Designed by MVRDV and GRAS Reynés Arquitectos, Project Gomila is a collection of buildings, each with their own individual character derived from their colours, materials, and rooflines, that is transforming the area around Plaza Gomila in the neighbourhood of El Terreno. Adding a total of 60 new dwellings of various sizes and types, as well as new commercial spaces, after one phase Project Gomila is already well on the way to reviving El Terreno as a vibrant, green, sustainable residential neighbourhood. 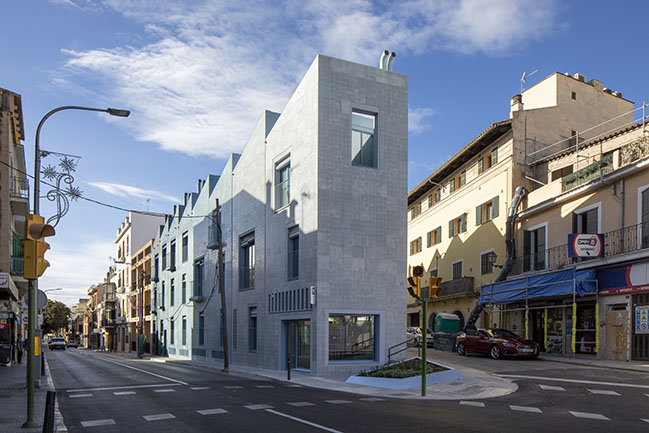 Centred around Plaza Gomila, close to the city’s harbour, El Terreno is a historic neighbourhood of Palma that in the ‘60s and ‘70s was known for its nightlife, with famous performances by musicians such as Jimi Hendrix, Ray Charles, and Tom Jones in its bohemian nightclubs. After a long period of neglect and decline, the Fluxà Family, owners of the Mallorca-based Camper shoe brand, purchased a series of neighbouring plots around the Plaza, initiating a renewal plan that echoed Camper’s philosophy of combining heritage with innovation and creativity. 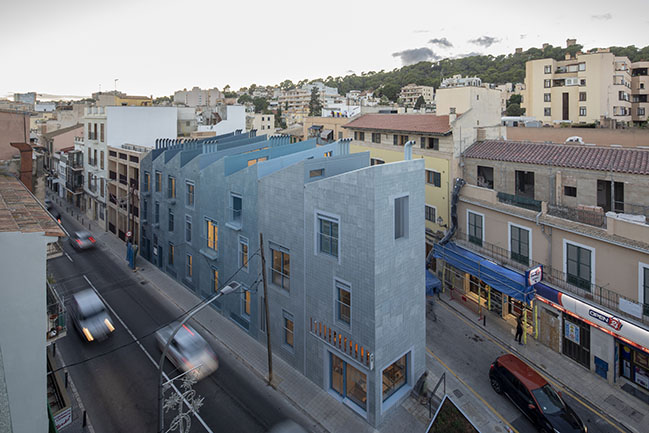 The five buildings completed in phase one include the Gomila Center, which forms the heart of the neighbourhood. A renovation of a 1979 design by architect Pere Nicolau, on the ground floor this white building features a spacious patio, with a restaurant, office spaces, and apartments rising around this central feature in a series of stepping terraces and balconies. Next to the Gomila Centre are the red townhouses known as Las Casitas, which are topped by a landscape of rooftop terraces allowing neighbouring residents to socialise together. 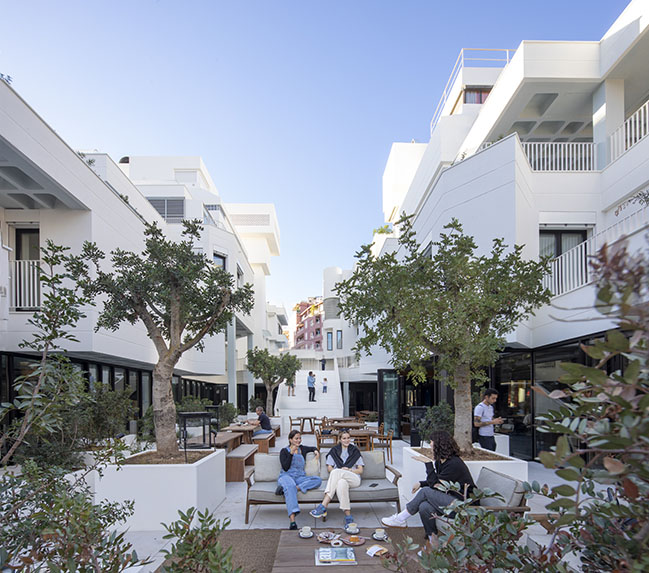 On the other side of the Gomila Center, located on a prominent street corner, is Las Fabri-Casas, a set of row houses with a saw-tooth roof completed with blue ceramic façades. Tucked behind this is a low-carbon apartment building constructed of compressed earth blocks, with a communal rooftop swimming pool that offers views towards the nearby Bellver Castle. Finally, across the street on the Plaza Gomila itself is the green building La Plaza, a transformation of an existing building that hosts a revival of the historic bar Bellver, offices, and a communal rooftop with views of the bay and the cathedral. 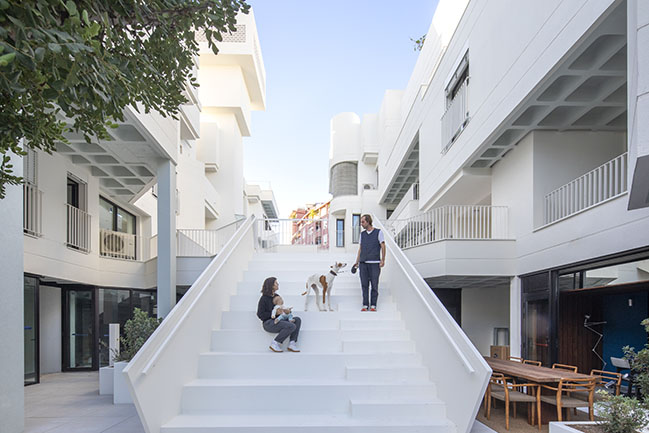 The Gomila buildings are energy neutral, using many of the same principles developed for the Passivhaus standard including high thermal efficiency and passive climate control measures such as shutters and cross ventilation to reduce energy needs. To utilise the many sun hours of Mallorca, the rooftops host solar panels while heat recovery systems further reduce the buildings’ energy consumption. Many of the materials have been sourced locally, reducing the carbon produced by the construction. 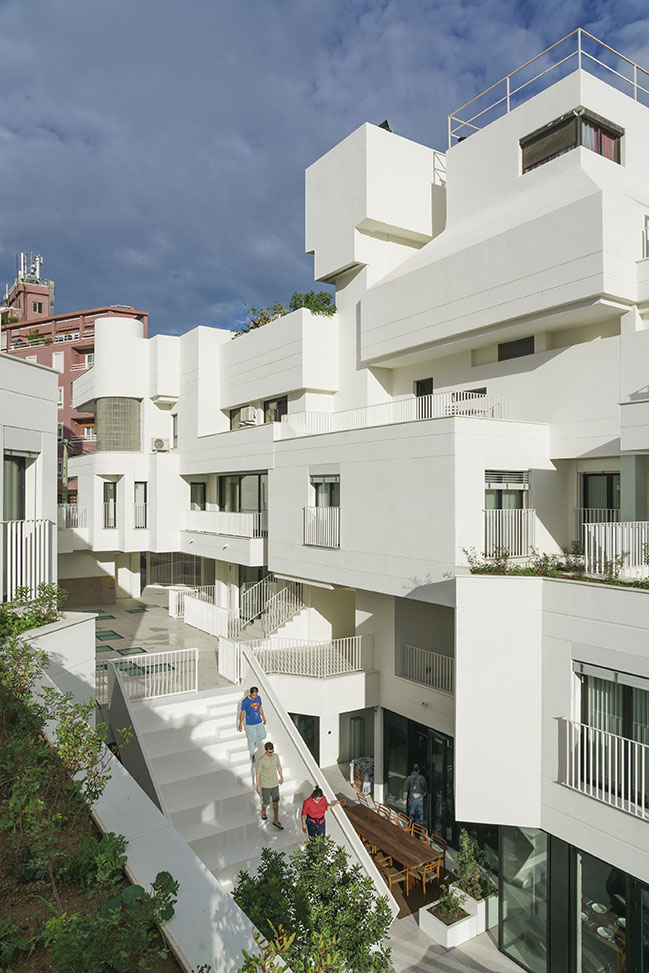 “Project Gomila is an exciting architectural project – each of the seven buildings can stand alone as its own individual design, and yet at the same time they are also carefully considered as an ensemble that gives Gomila a fresh boost”, says MVRDV founding partner Jacob van Rijs. “When looked at together, you see a colourful collection of buildings that still somehow work together as a group.” 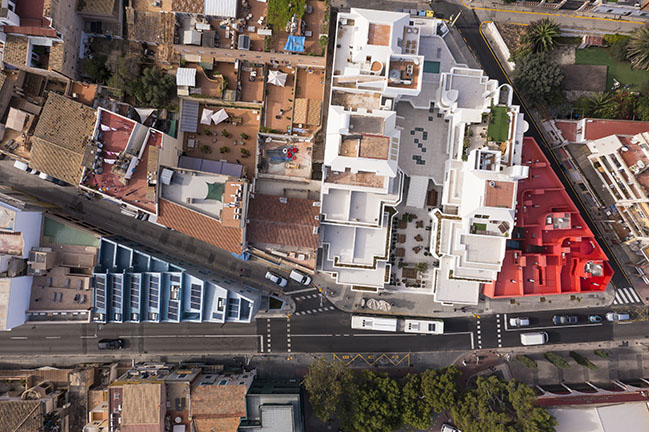 “In terms of urbanism, the concept revolves around the diversity of the buildings”, adds MVRDV founding partner Winy Maas. “Where some of the designs are more suited to family homes, others are more suited for apartments for singles or couples; where some buildings are fully residential, others bring commercial functions into the mix. This diversity of people and spaces will help bring back El Terreno’s lost vibrancy.” 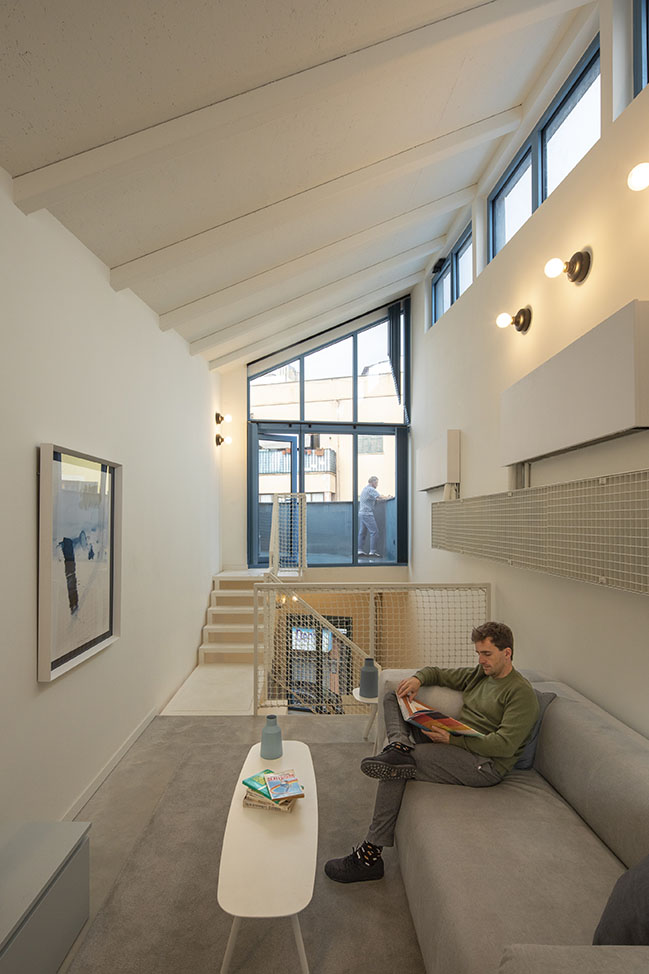 “The Gomila Project activates a new centrality in Palma, a new meeting and reference point not just for the people in the neighbourhood, but for all the citizens”, says Guillermo Reynés, founder of GRAS Reynés Arquitectos. “The project has been very well received, bringing back good memories that Palmesanos had of the area”

The following phases of the project will add two further buildings to the ensemble: the yellow Casa Virginia, and a small villa next to the Gomila Center, both renovations of existing neighbourhood buildings. 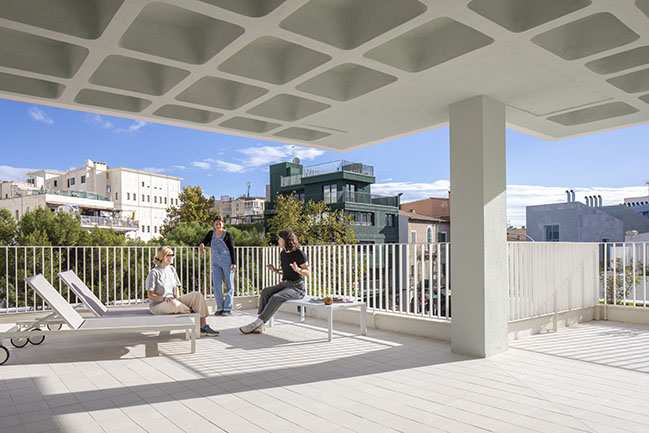 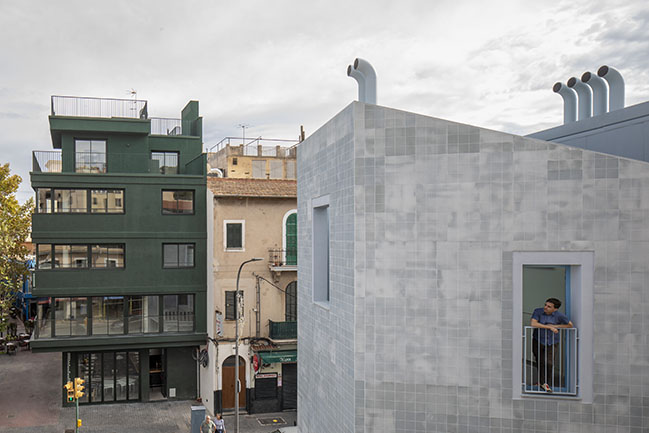 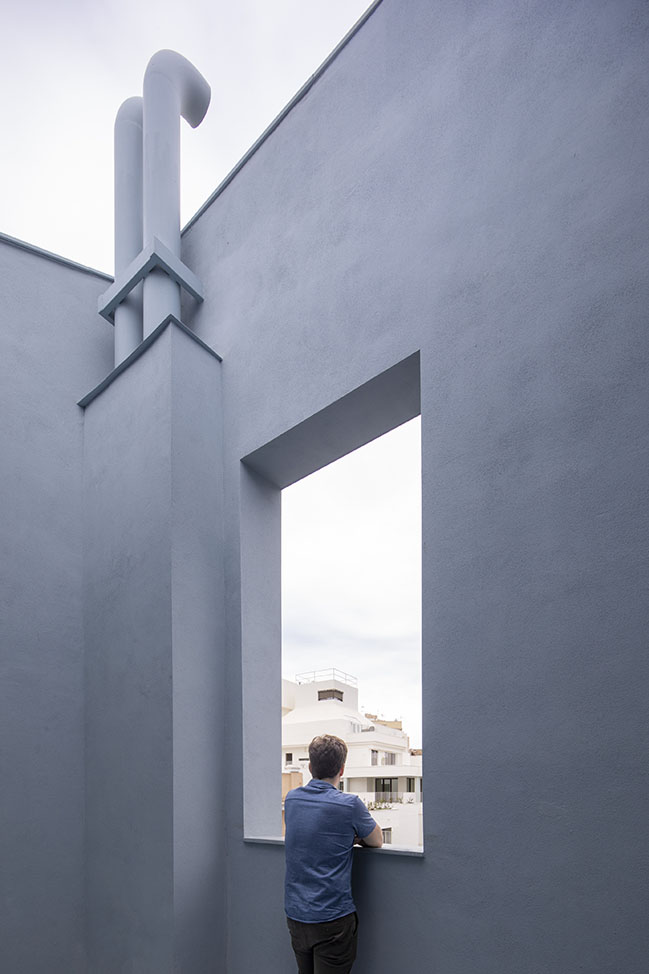 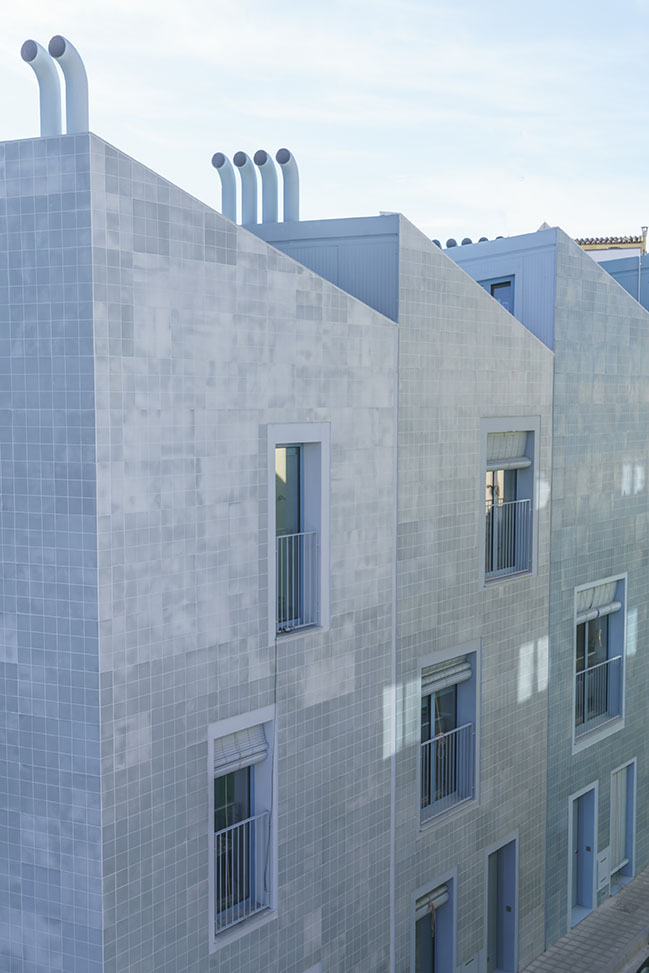 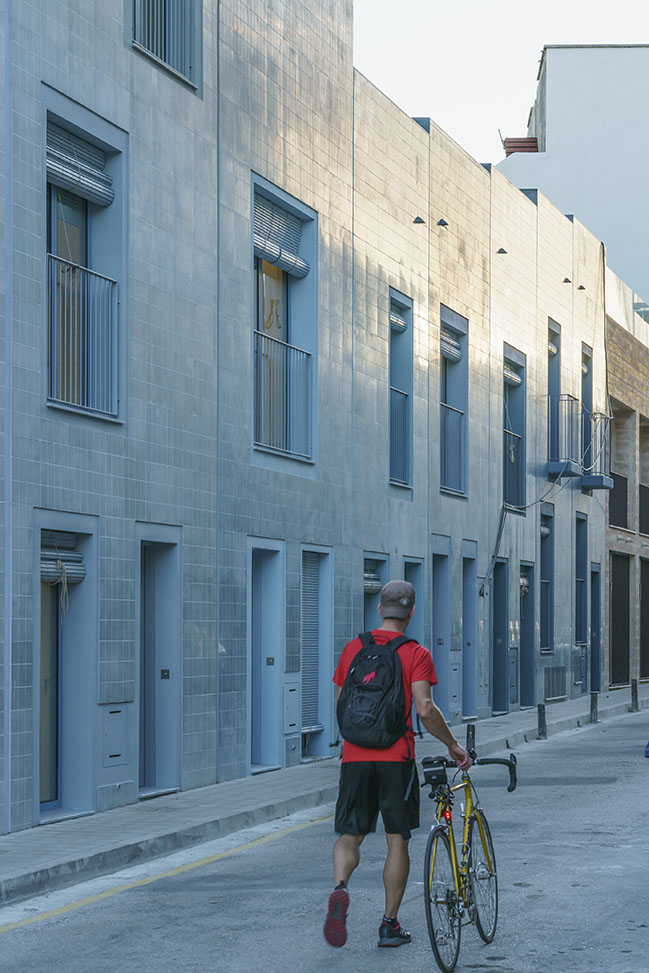 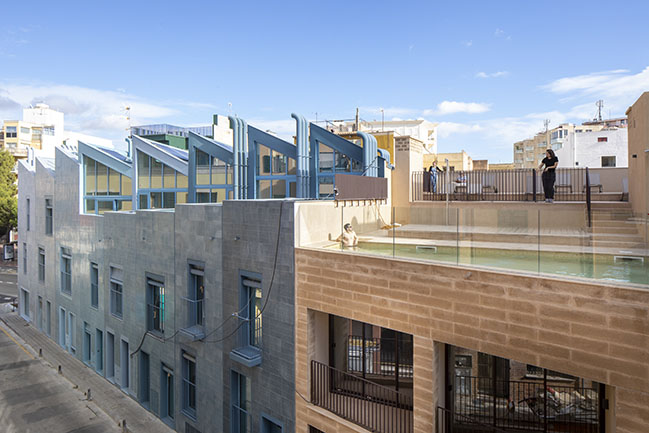 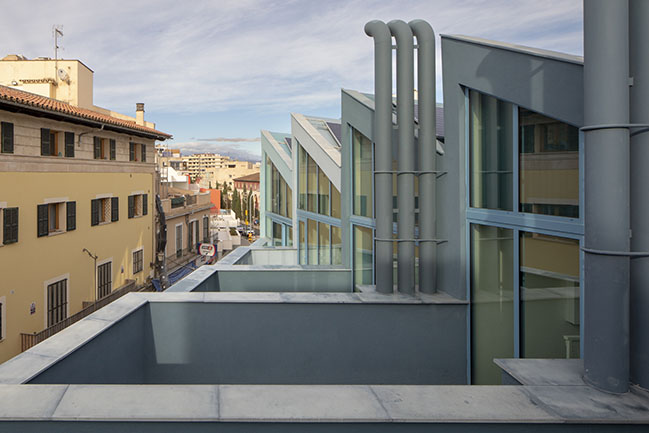 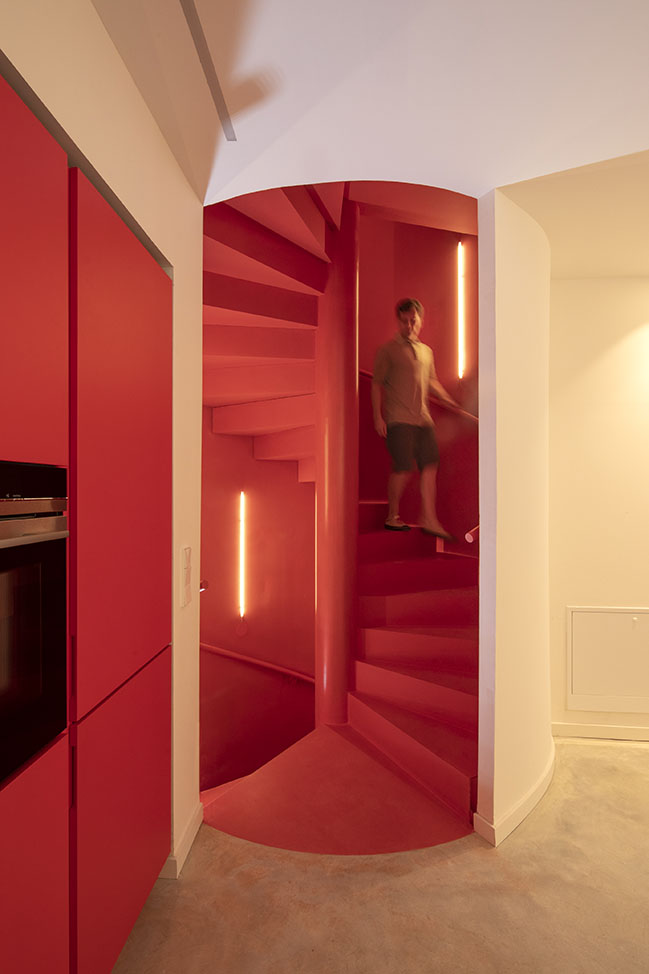 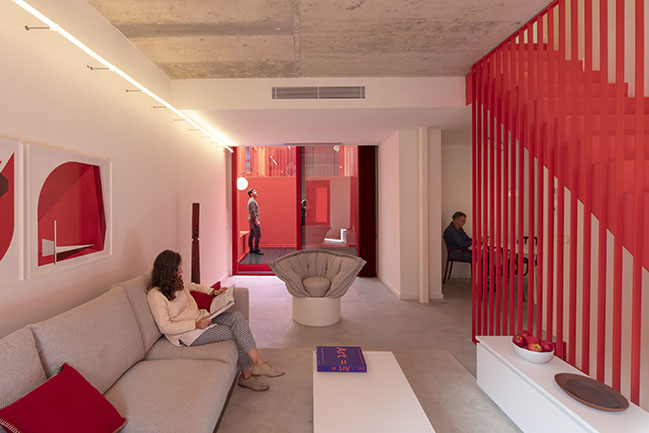 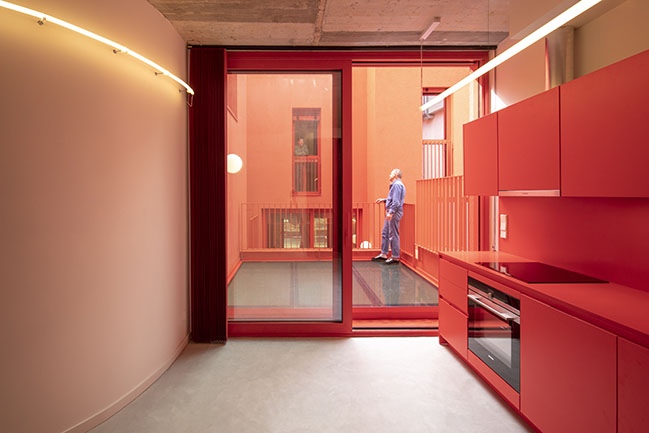 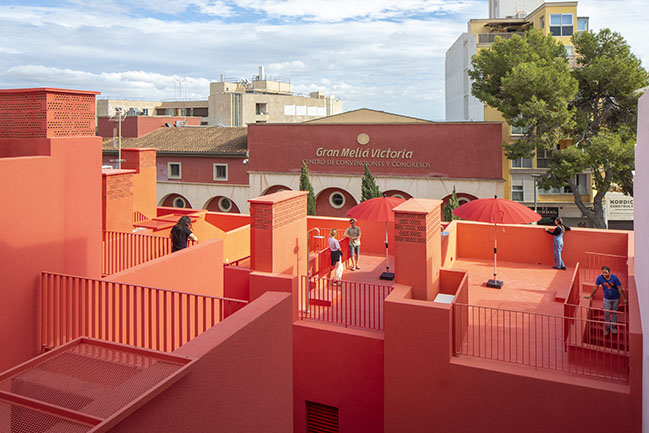 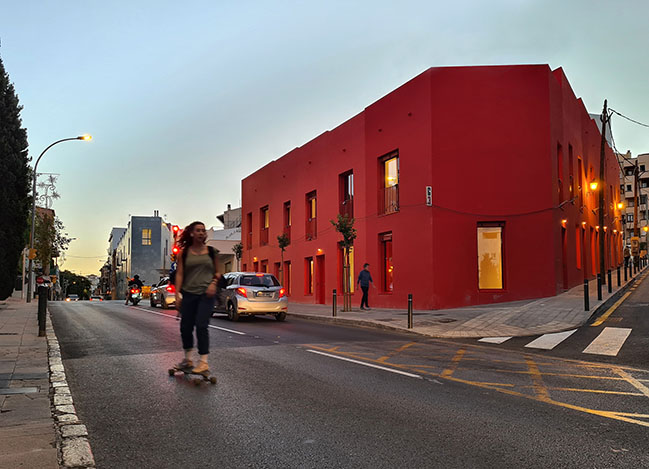 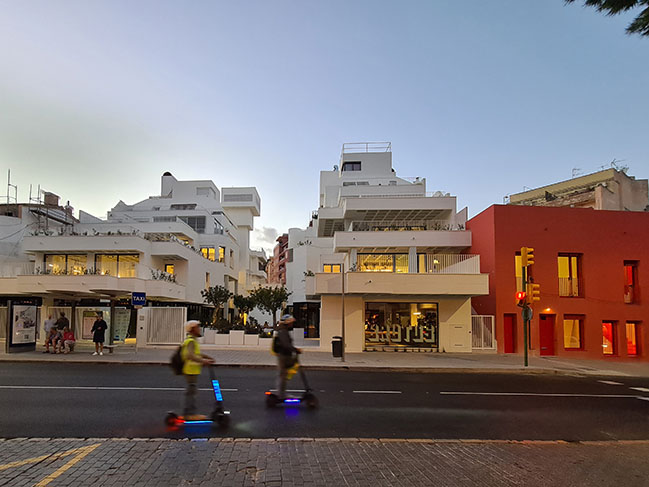 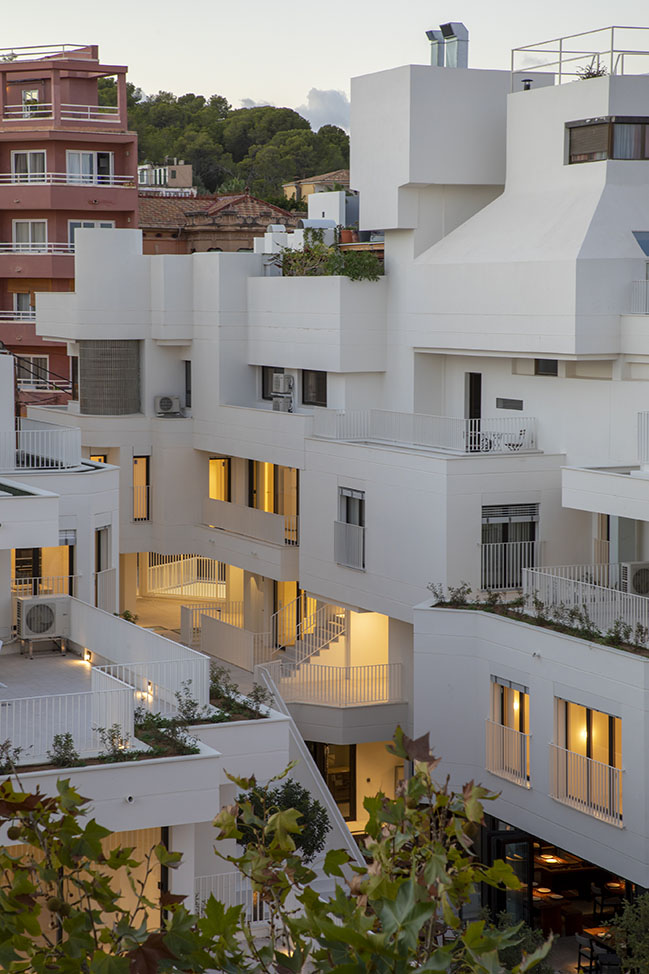 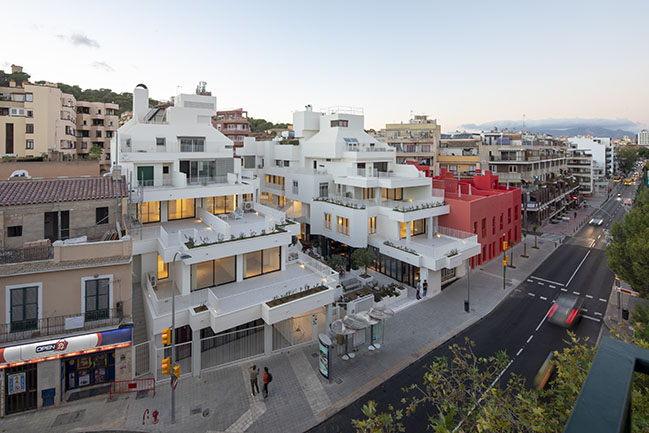 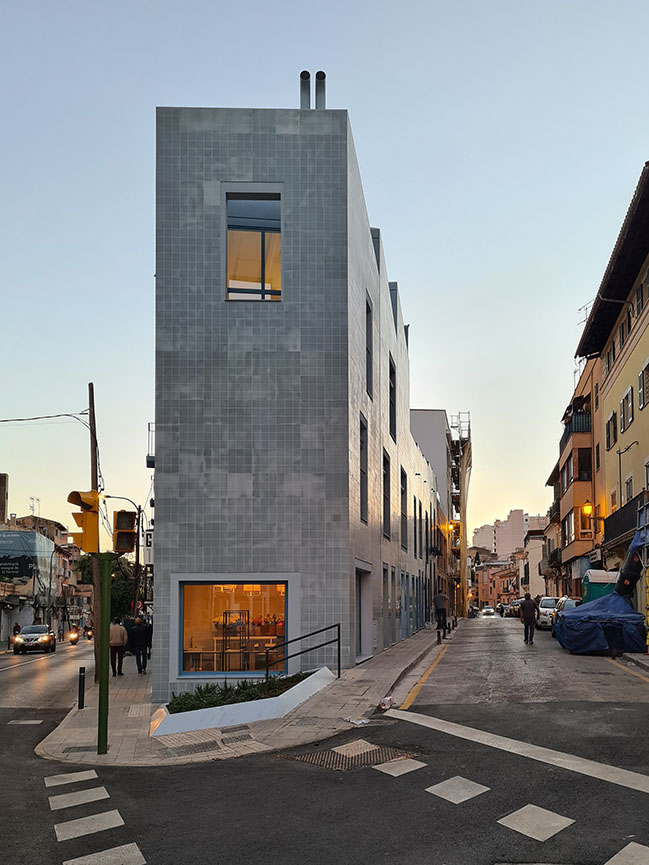 MVRDV and GRAS complete phase one of Project Gomila in Mallorca

12 / 26 / 2022 Designed by MVRDV and GRAS Reynés Arquitectos, Project Gomila is a collection of buildings, each with their own individual character derived from their colours, materials, and rooflines, that is transforming the area around Plaza Gomila...

Recommended post: V&A at Dundee by Kengo Kuma and Associates