Inspired by the trinomial cube, a primary teaching tool in Montessori education, Paul Michael Davis Architects’ (PMDA) designed an addition to a rural campus that merges the school’s pedagogy with the surrounding natural environment. 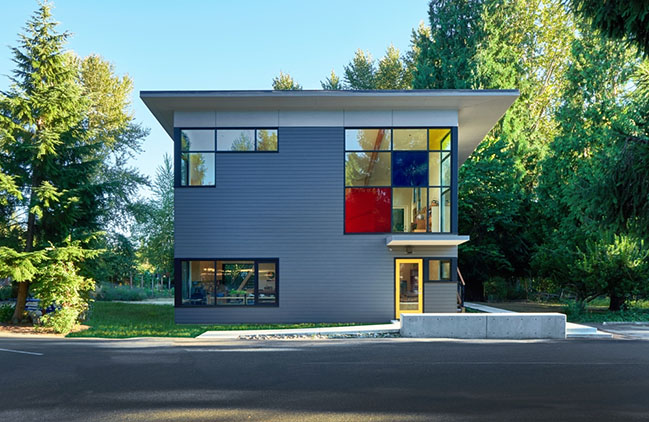 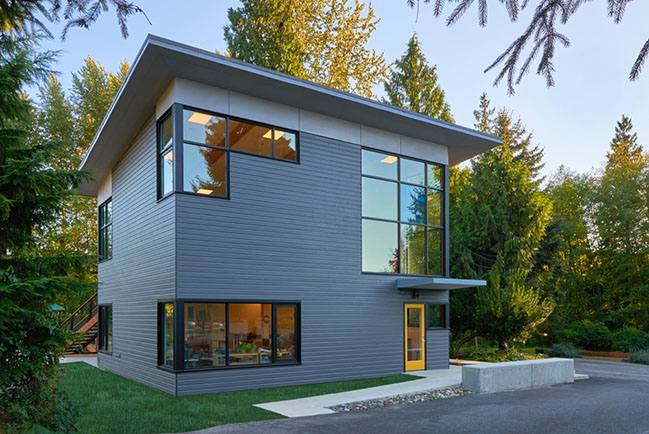 From the architect: Each of the twenty-seven blocks in the trinomial cube is represented by a window. The largest window is purposefully located on the north facade of the building because that side receives passive light, and therefore won’t add excessive heat gain or glare to the structure. 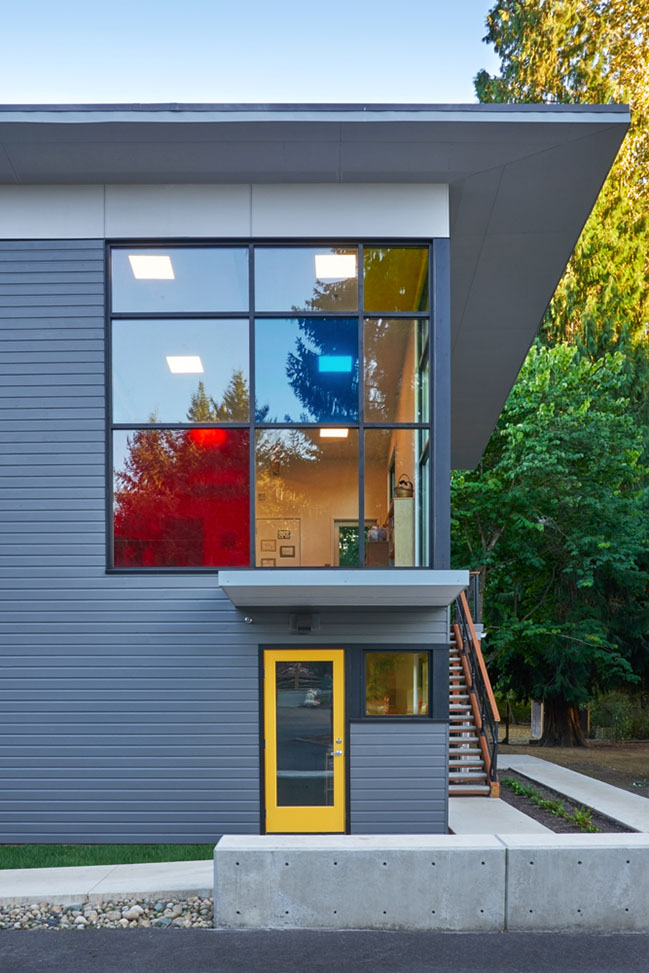 When the Whole Earth Montessori connected with PMDA, they had a clear goal in mind; the creation of a modern building on their school’s campus that spoke not only to Montessori’s history but the future as well. They intended to create an environment for students that could serve to inspire their creativity and individuality. 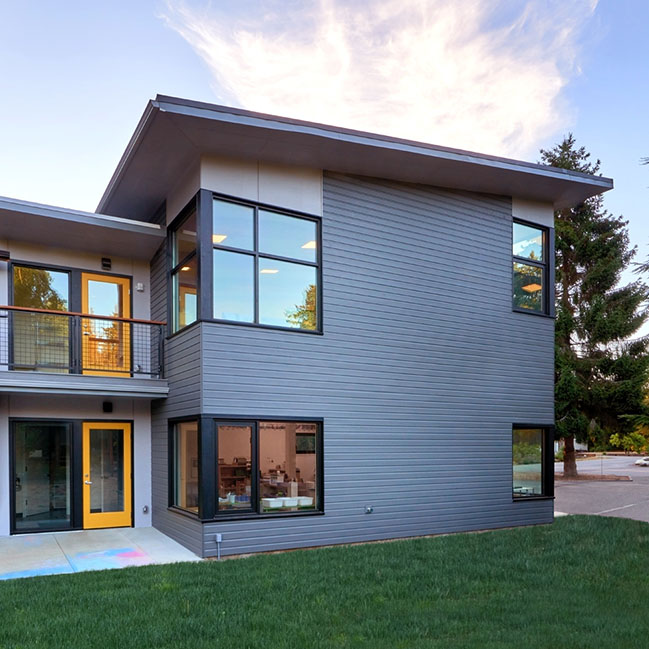 Located in a lush creekside meadow, the building had to sit on an existing foundation because its site is classified as a critical habitat where no new development is allowed. PMDA treated the 1980s rectangle of concrete as an opportunity to build a very simple cubic volume, onto which they could add a secondary layer of complexity in the window design. 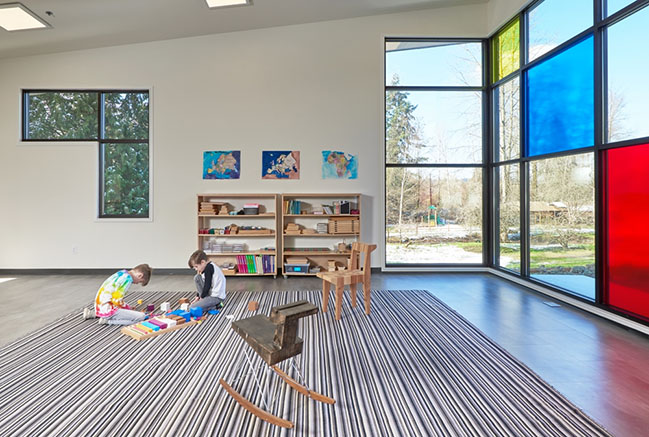 Staircases were placed on the outside of the building to maximize interior space, while legally remaining within the original specified footprint of the structure. The interior receives ample natural light throughout the day: the architects placed all of the windows at the corners of the new building to dematerialize the simple massing, and bring light in from all sides. In addition to being energy efficient, the building’s large windows, generous overhangs and exterior staircases keep the students engaged with nature. 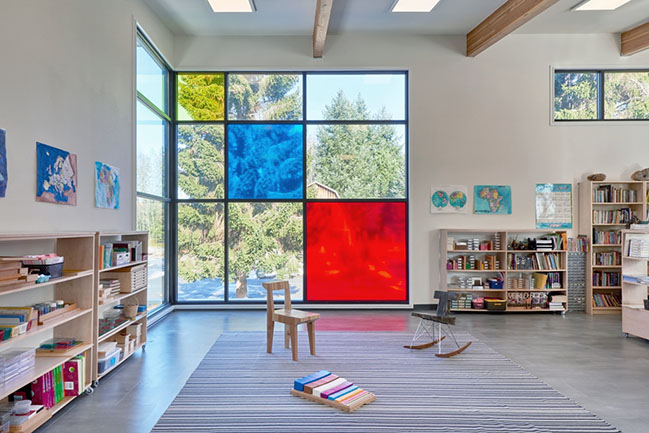 The use of primary colors, including the yellow entry door, is also reflective of the school’s curriculum. PMDA’s holistic design ensures that from the moment students arrive on campus, they are visually absorbing the concepts they will learn throughout the term. 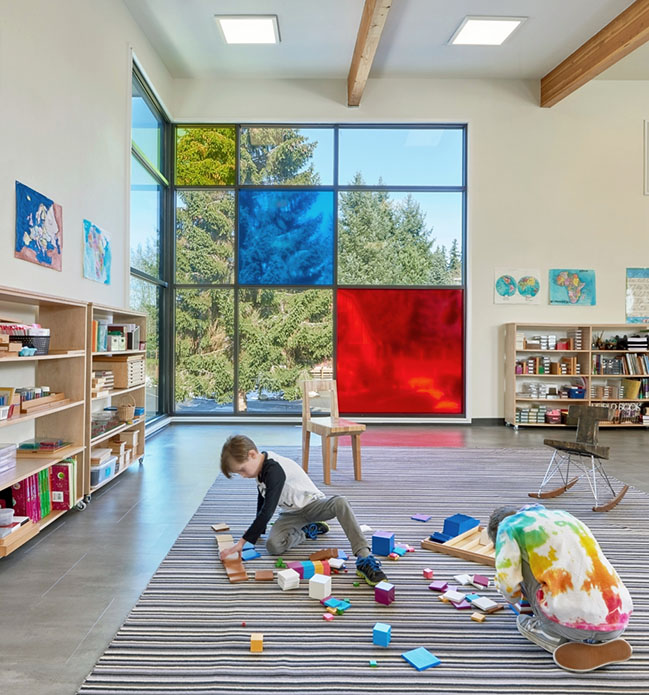 YOU MAY ALSO LIKE: Architectures for children: the design of education by Vudafieri-Saverino Partners 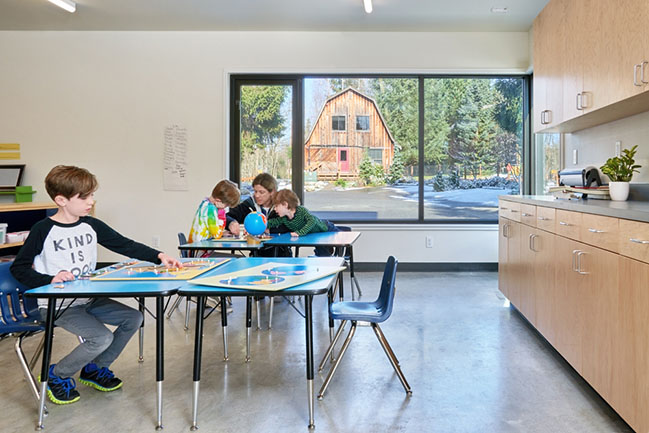 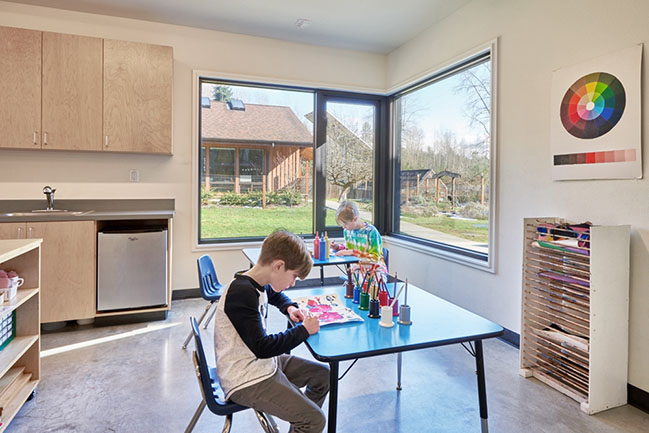 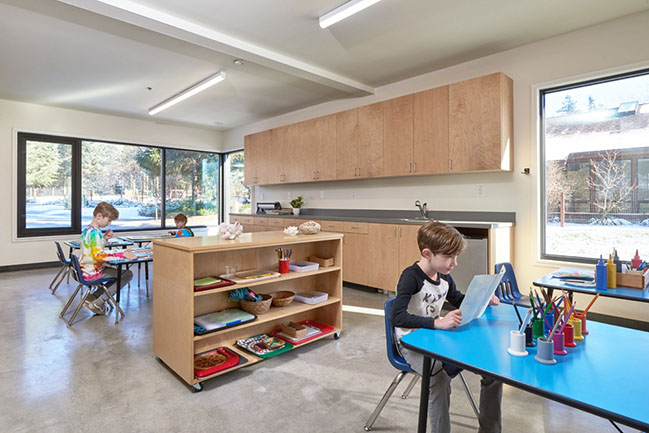 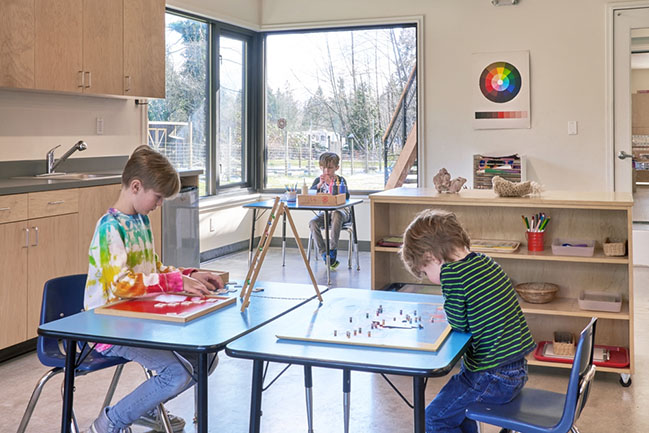 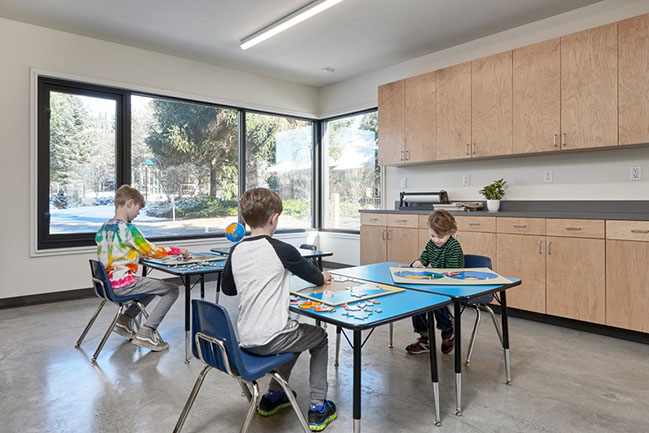 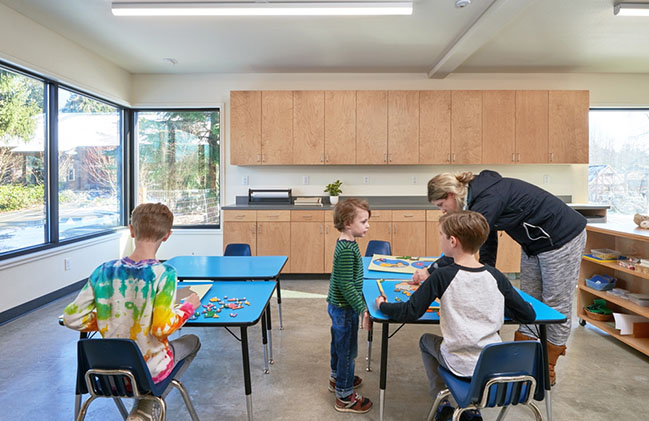 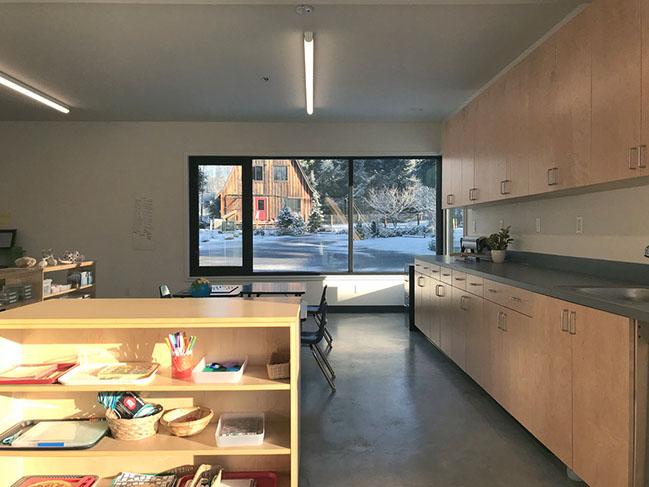 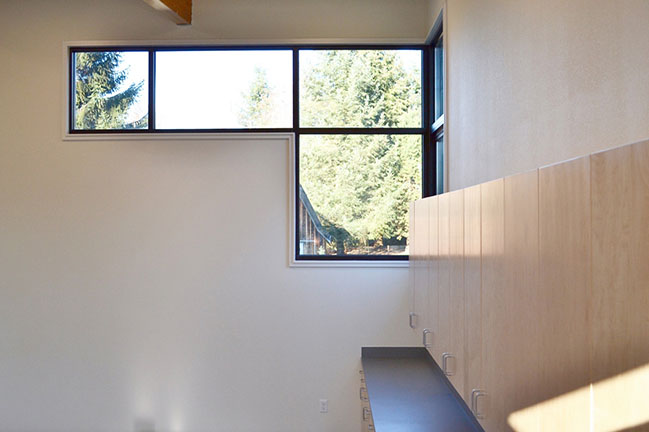 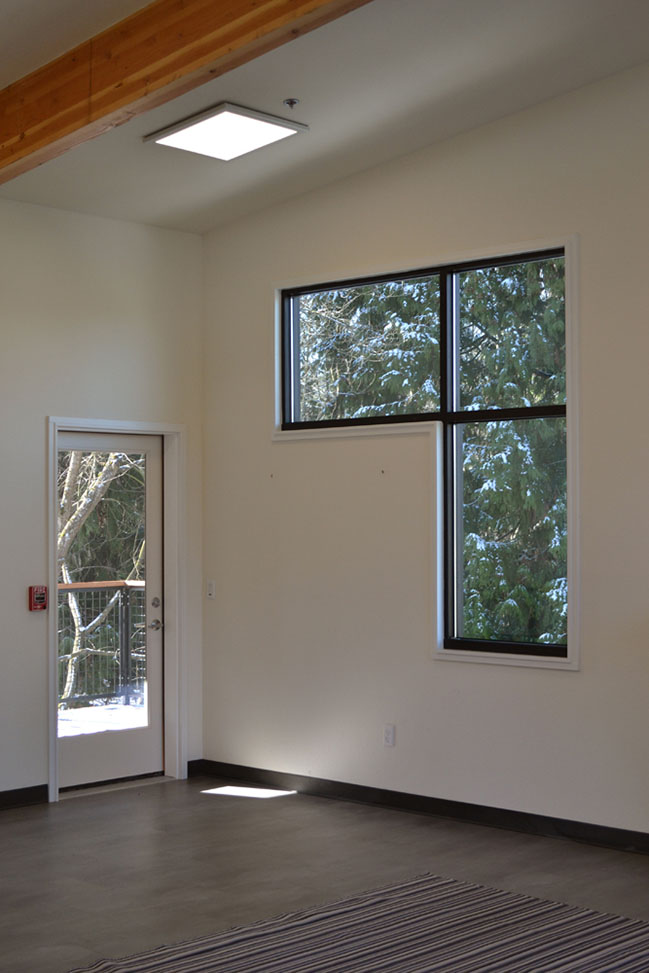 YOU  MAY ALSO LIKE: Park Walk Primary School playground by Foster + Partners 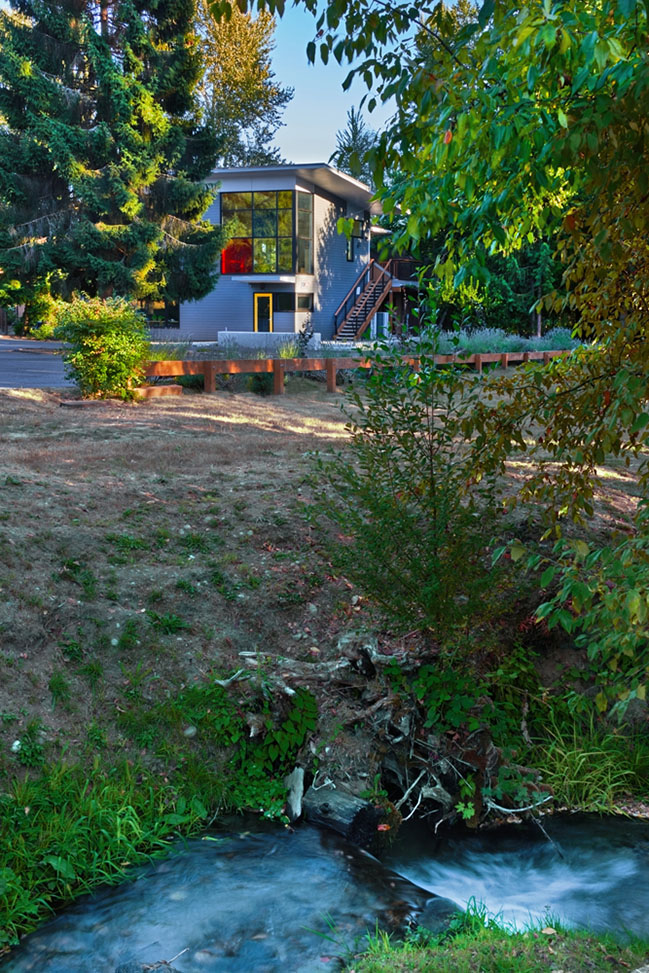 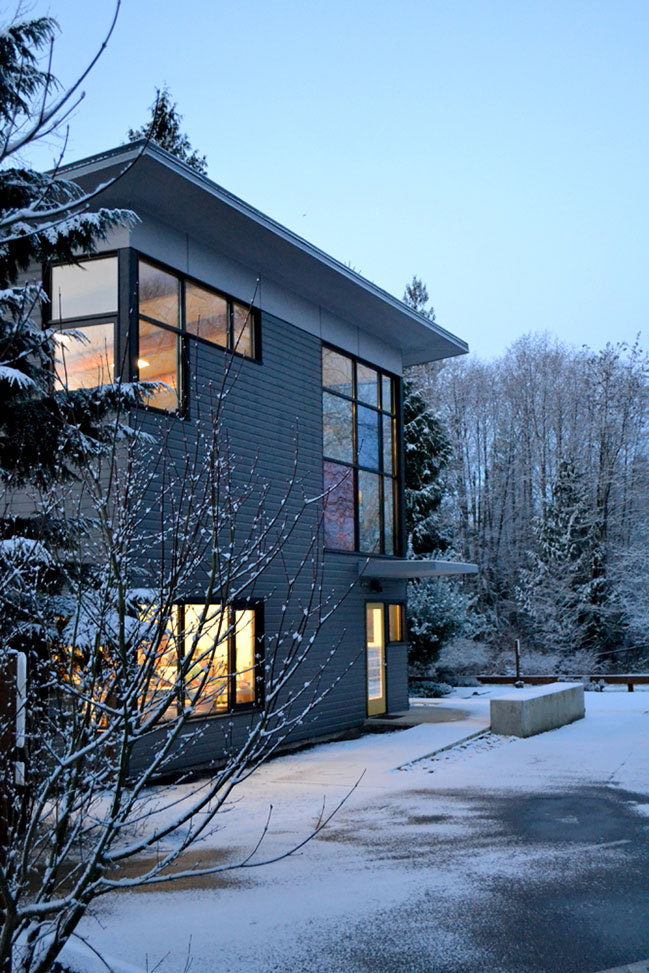 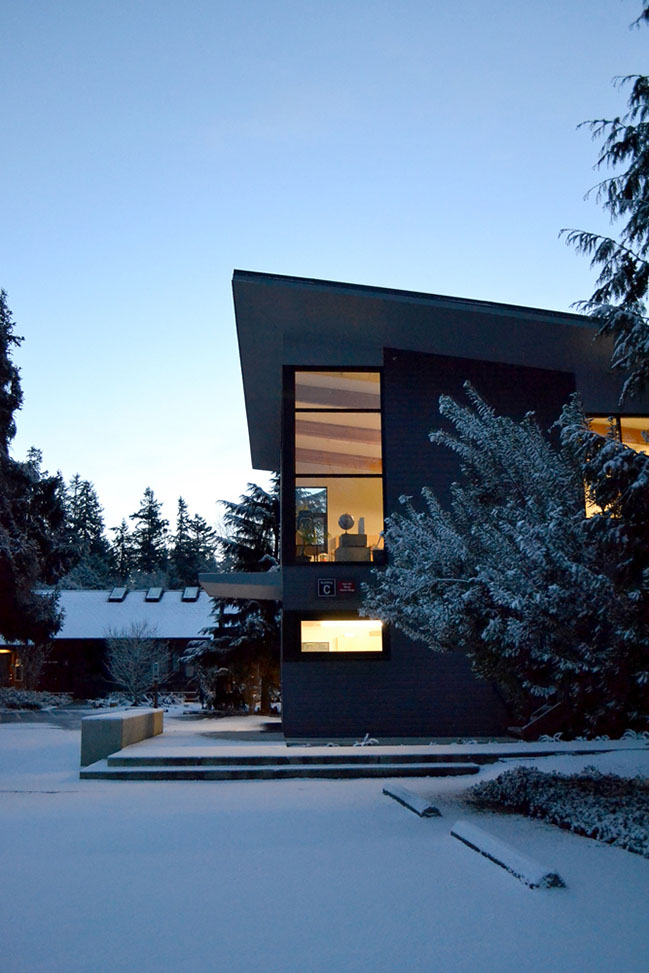 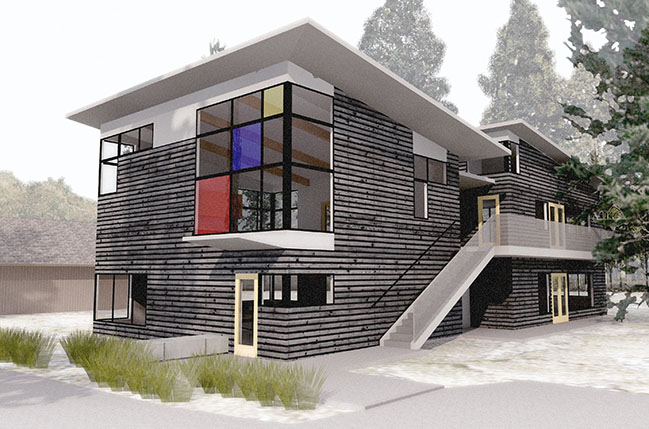 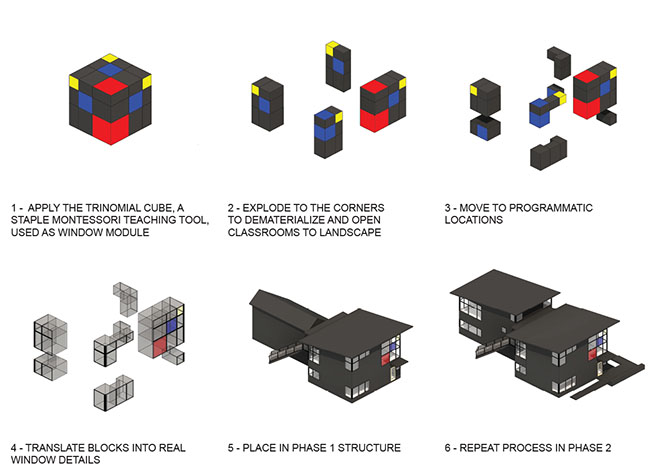 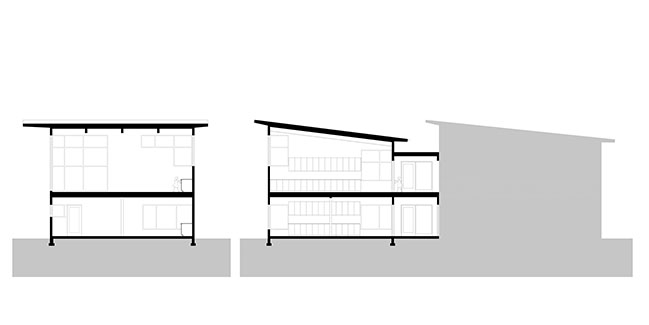 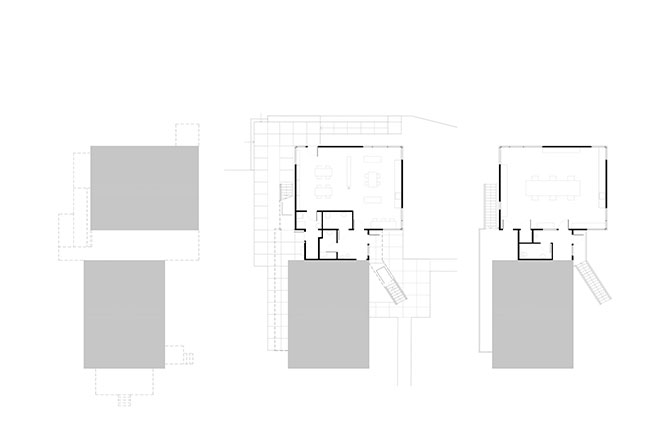 01 / 27 / 2020 Inspired by the trinomial cube, a primary teaching tool in Montessori education, Paul Michael Davis Architects designed an addition to a rural campus that merges the school...