The project consists of the renovation of a garden of a summer house located in the Baix Empordà (Girona). 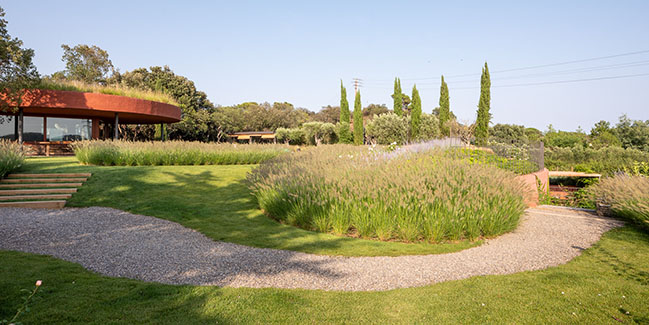 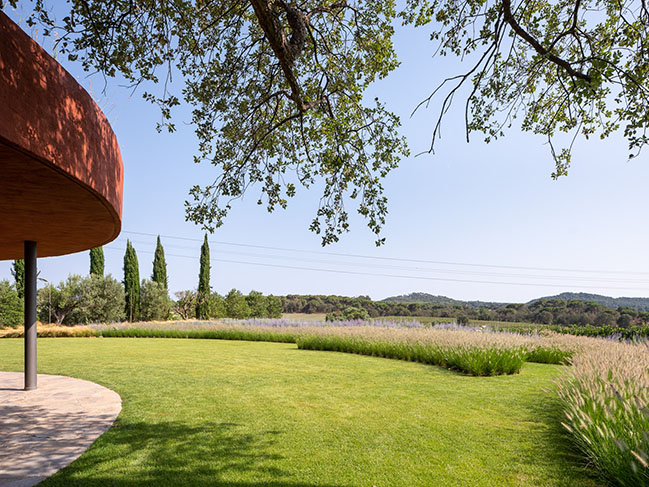 From the architect: The existing house is built respecting the perimeter of the plot. The main rooms and the pool area have views over a landscape characterized by a soft topography in which crop fields and small forest masses alternate. 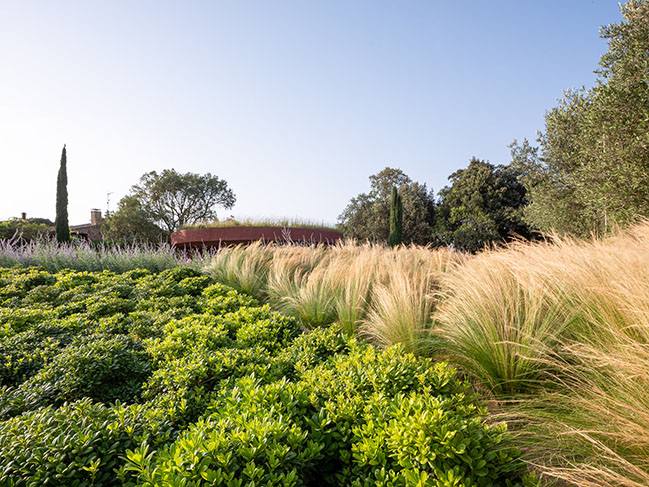 One of the main objectives of the project was to emphasize these views between interior and exterior of the plot, generating a green filter that gives continuity between the garden and the surrounding landscape. Other essential requirements for the concept of the garden was to give continuity to the whole garden, saving small existing slopes, generate new circulations due to program changes and introduce an interesting and varied collection of customer's rose bushes that were already planted in the garden. 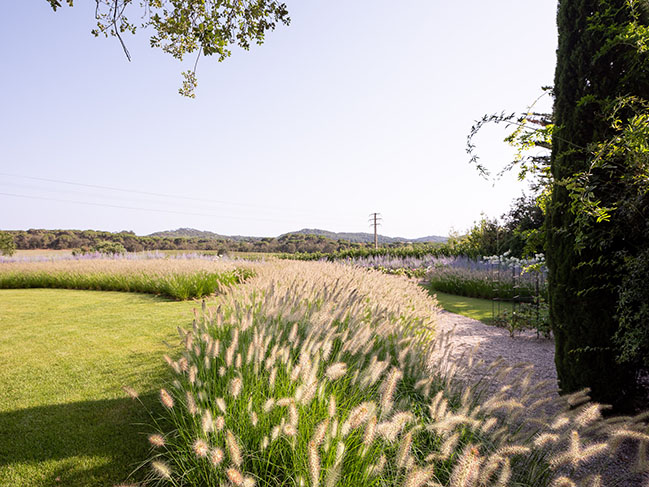 For all this, it was decided to work with smooth topographic displacements giving continuity to the different exterior spaces and generating a small dune that allows controlling the visuals from the house, hiding the foreground and relating it to the farthest landscape. 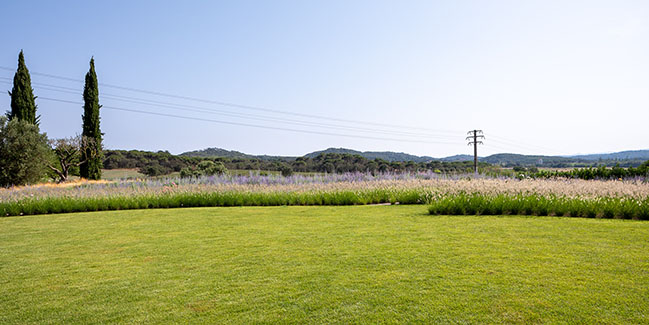 The topography of dunes throughout the perimeter is used to plant the collection of rose bushes at the low point, so that they are protected from the wind. In this way the slope of the dune defines the bottom of the rose bushes seen from the house. 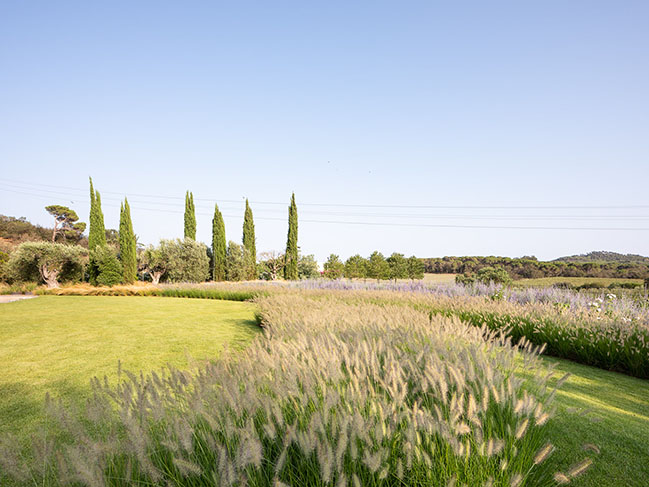 The fact that the rose bushes are very varied, both for their structure and for the color of the flower, led us to use a background vegetation that is homogeneous and neutral in terms of color and structure (Perovskia atriplicifolia that contributes its flowering and Pittosporum tobira nana further back as evergreen perennial species). 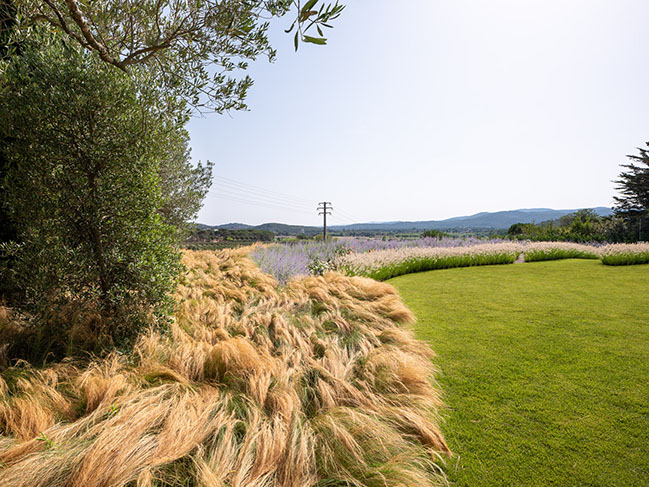 In front of the rose plantation they lay flowerbeds of Pennisetum alopecuroides "Hameln", which allow hiding the rose bushes when they lose their leaf and at the same time, they create a relationship of continuity with the surrounding agricultural landscape.

This same species is planted to define grassbeds that allow to reorganize internal garden circulations emphasizing the relationship between environment and garden. 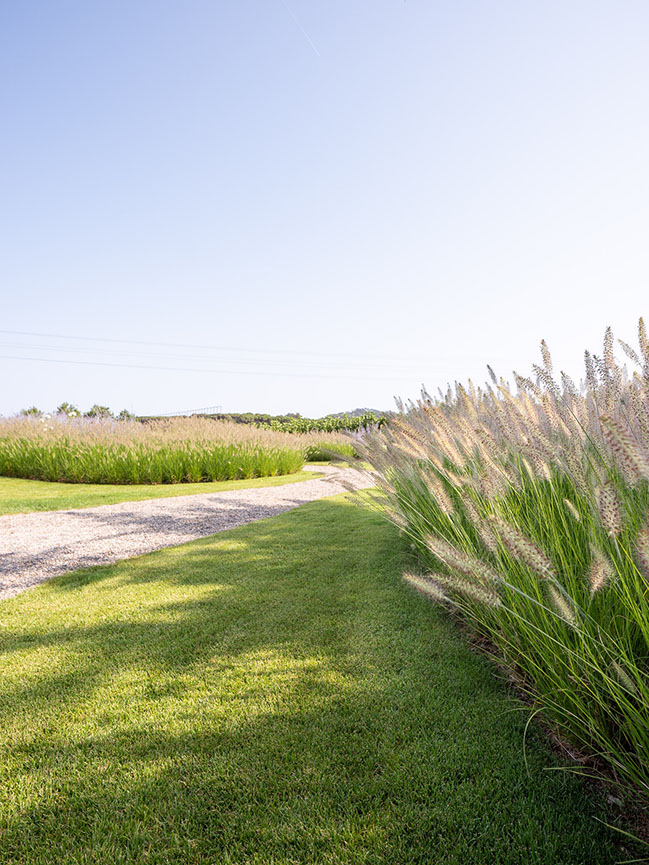 The bottom of the plot:
On the sides of the plot the existing shrub mass of holm oaks (Quercus ilex), laurustinus (Viburnum tinus) and laurels (Laurus nobilis) that delimit the area respecting the adjacent plot has been reinforced, incorporating at the same time deciduous species in front of these shrubs, for example Hydrangea paniculata. Likewise, the previously existing plantation of Nassella tenuissima has been extended along with the olive trees (Olea europaea) and cypresses (Cupressus sempervirens) that separates the plot of a road, consolidating this limit and providing a greater sense of connection with both the new plantation and the nearby landscape.

YOU MAY ALSO LIKE: Energy landscape, Green campus for China Southern Power Grid by gmp Architekten 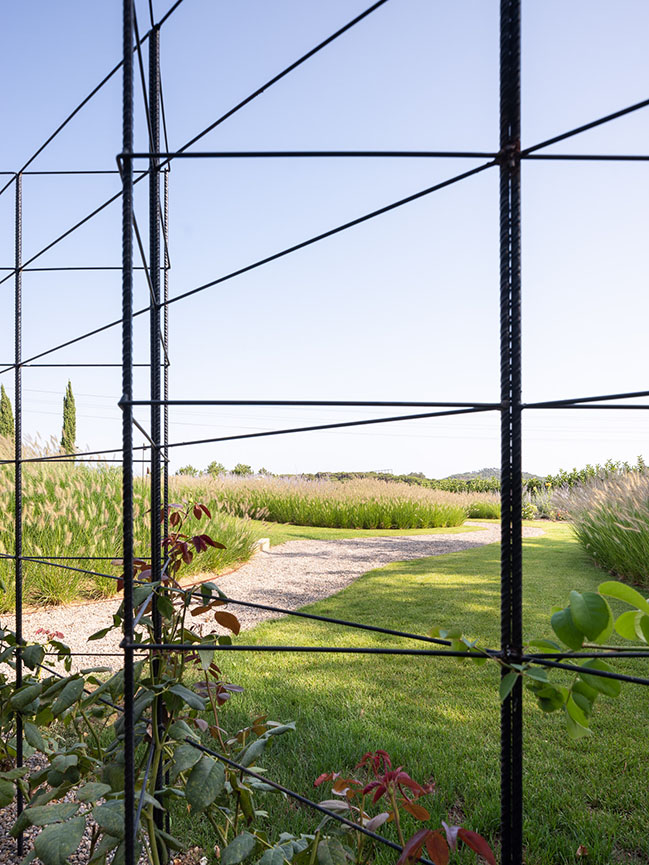 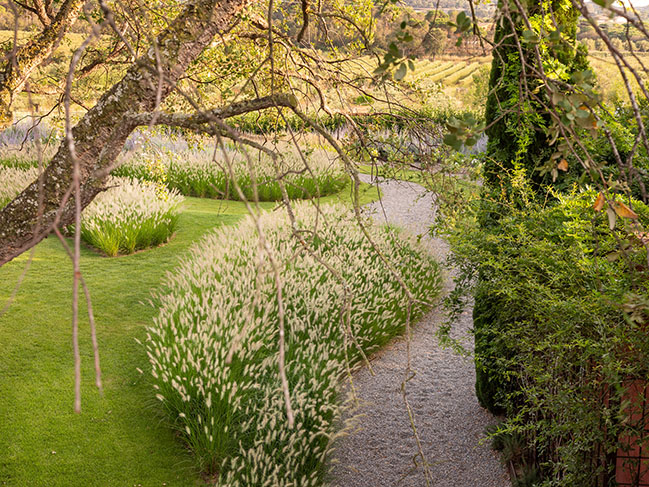 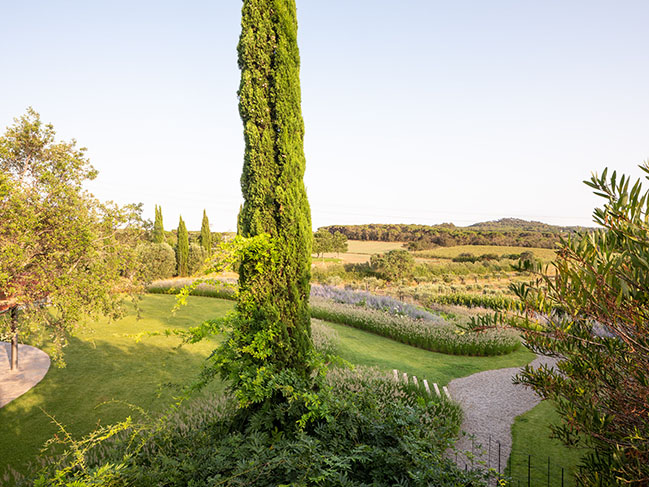 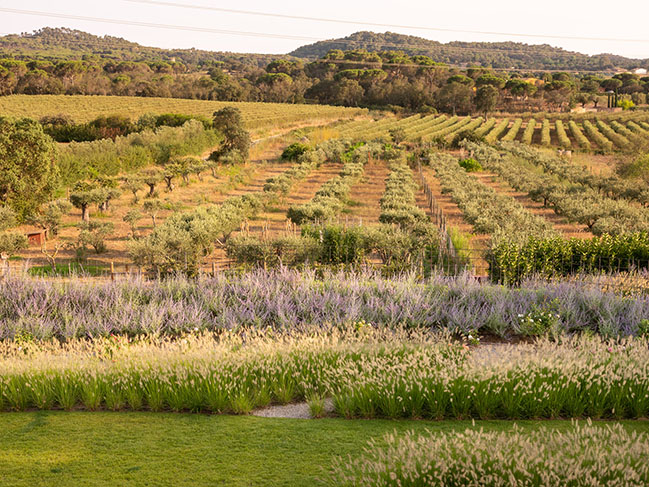 YOU MAY ALSO LIKE: Stone Solar Studio by Wittman Estes Architecture + Landscape and NODE 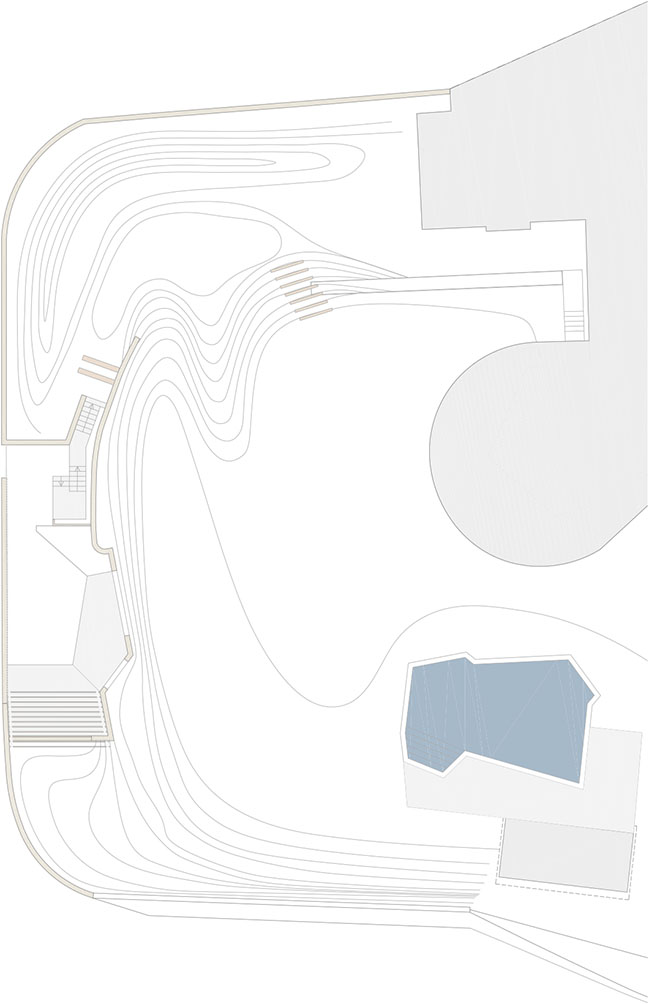 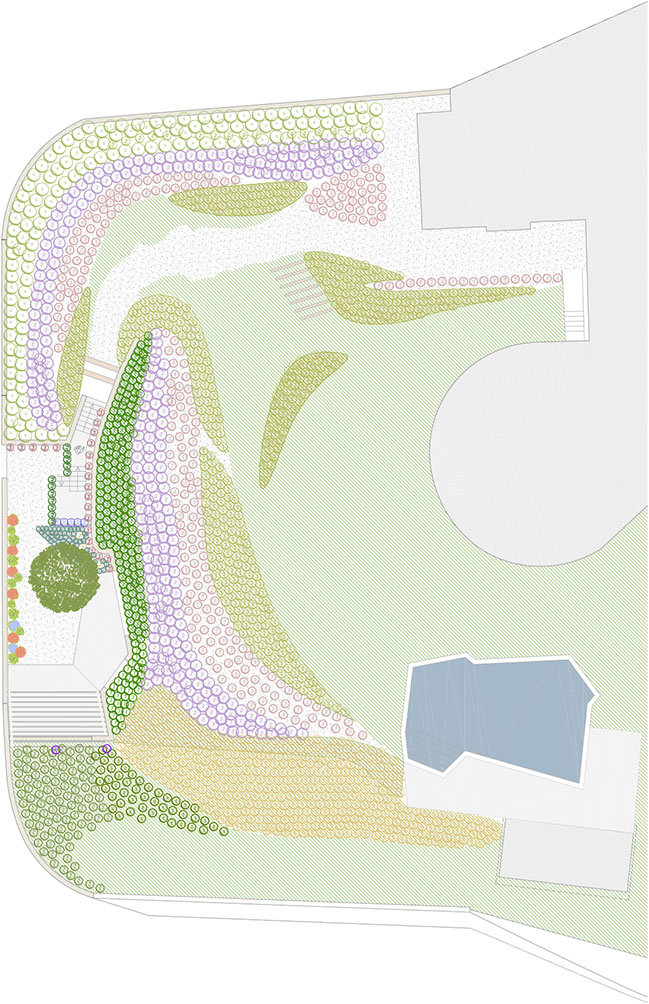 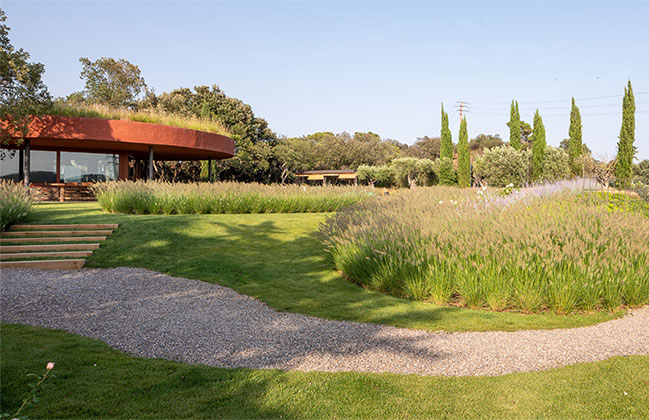