The DWA Design Studio relook the interior of the house and transform it into a home that embodies the historic artistic talents of the village. 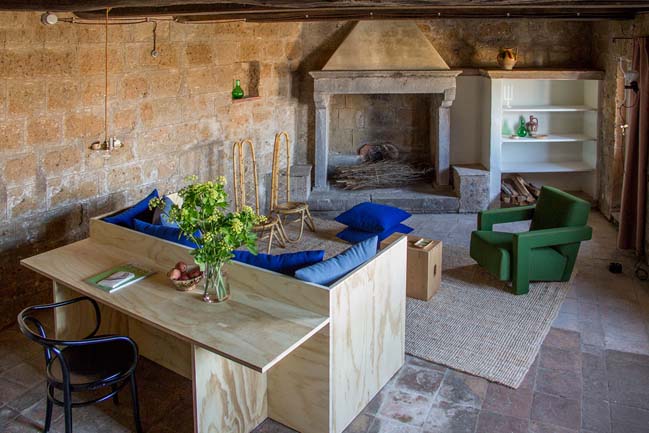 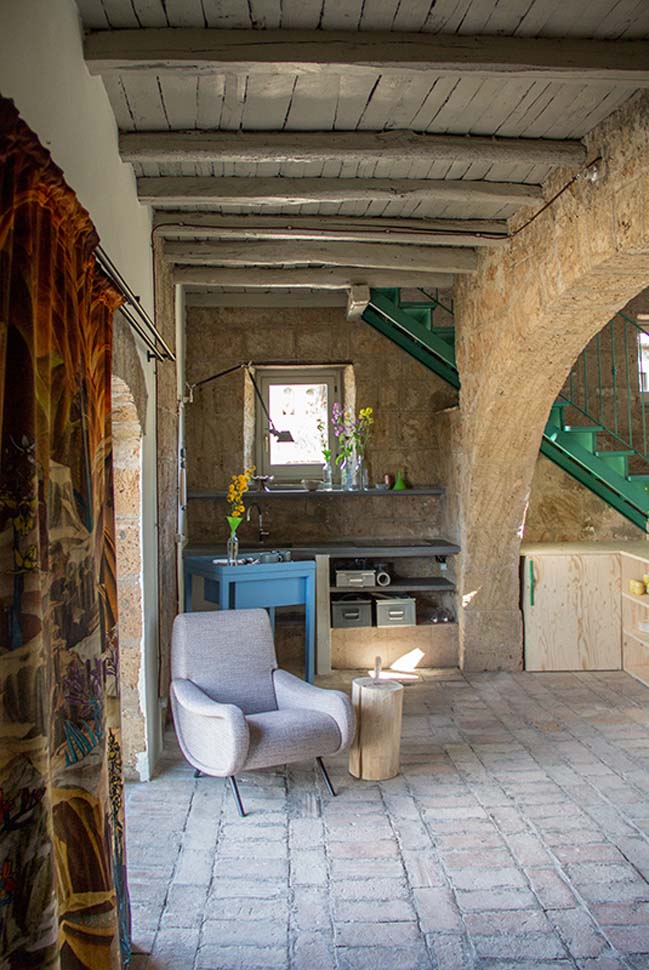 Project's description: The ancient 13th century village Civita is positioned precariously on a crumbling hilltop with the only access point along a suspended 70 metre high bridge.  The village is in need of continued investment to remain intact and is one of the many villages supported by the Italian tourist board as part of its 2017 campaign to protect small villages. 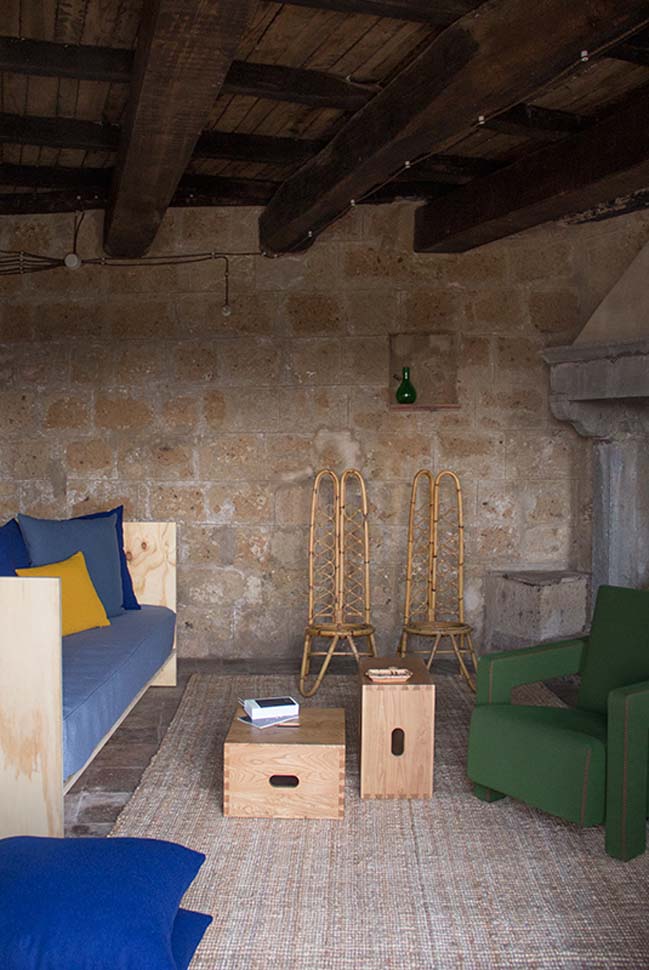 Today, Airbnb welcomes the Artist House to its platform hosted by the Mayor of Civita, to serve as an inspiring creative retreat for the artist community and travellers alike.  As part of its commitment to support communities around the world, Airbnb has enlisted experts to painstakingly renovate and restore the ancient dilapidated house to its original glory after a major earthquake in the 1980s. 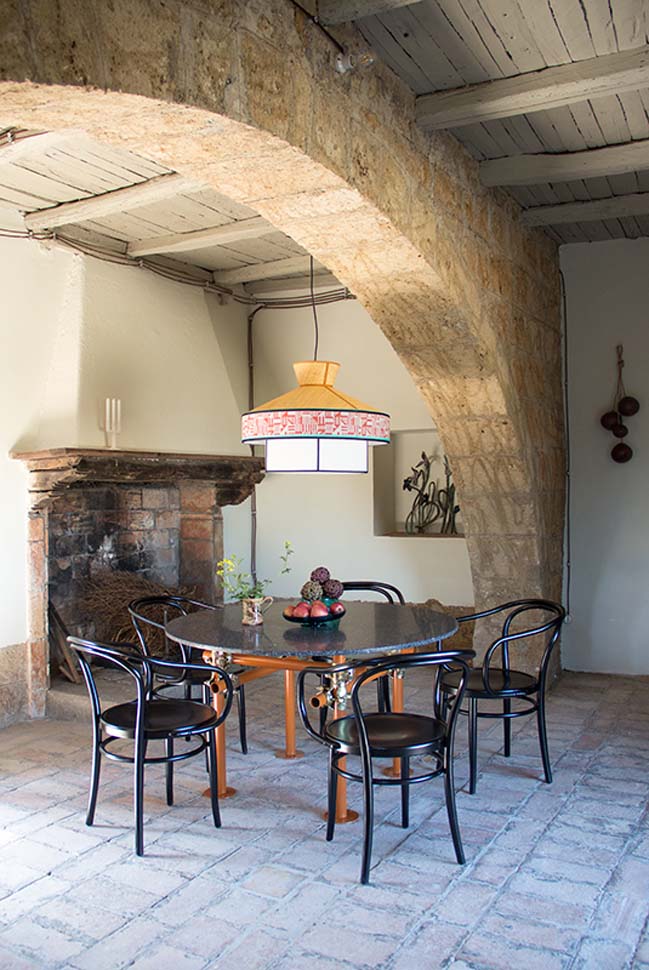 In collaboration with the curator Federica Sala, Airbnb appointed Alberto Artesani and Frederik De Wachter from DWA Design Studio, to relook the interior of the house and transform it into a home that embodies the historic artistic talents of the village. 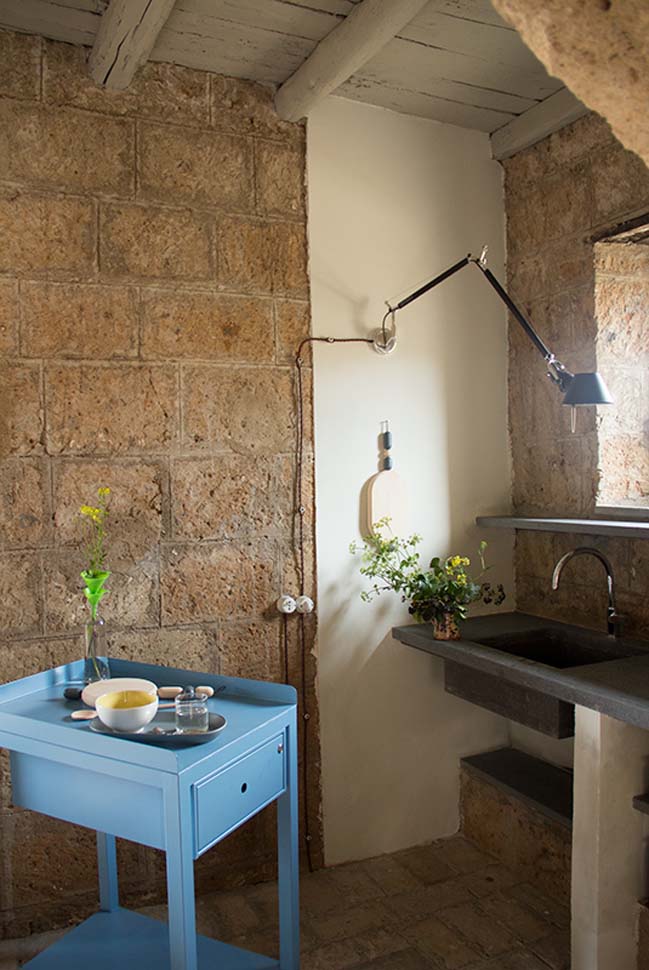 In a place which seems to be out of time, the project researches a dialogue between traces of history and contemporaneity, with its necessity to regain the bonds with its past. 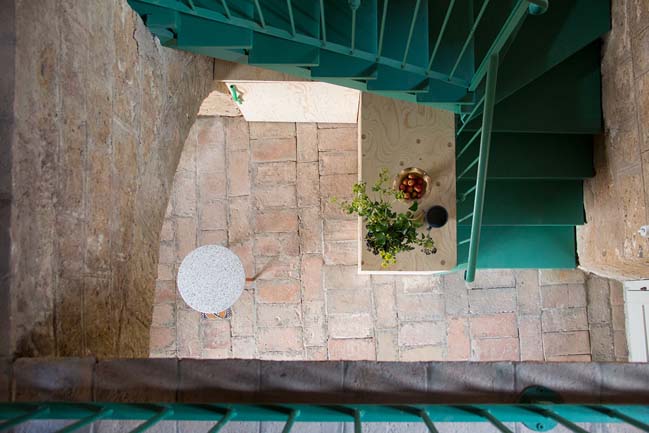 Thanks to objects which represent the history of Italian design, the interiors become a stage for connecting with shapes and materials of the tradition of this region. 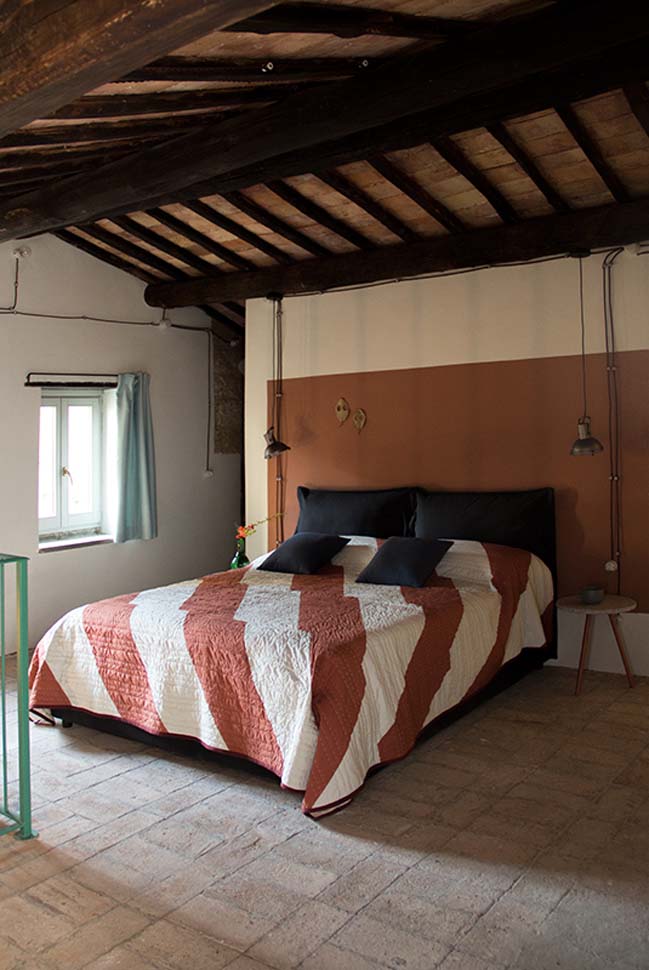 Not only objects but also colours become witnesses of the relationship between the changing landscape and the interiors where one can find the grey shades of the fog which covers Civita making it almost disappear, the blue of summer skies, the green of the trees and the ochre of tuff stone. 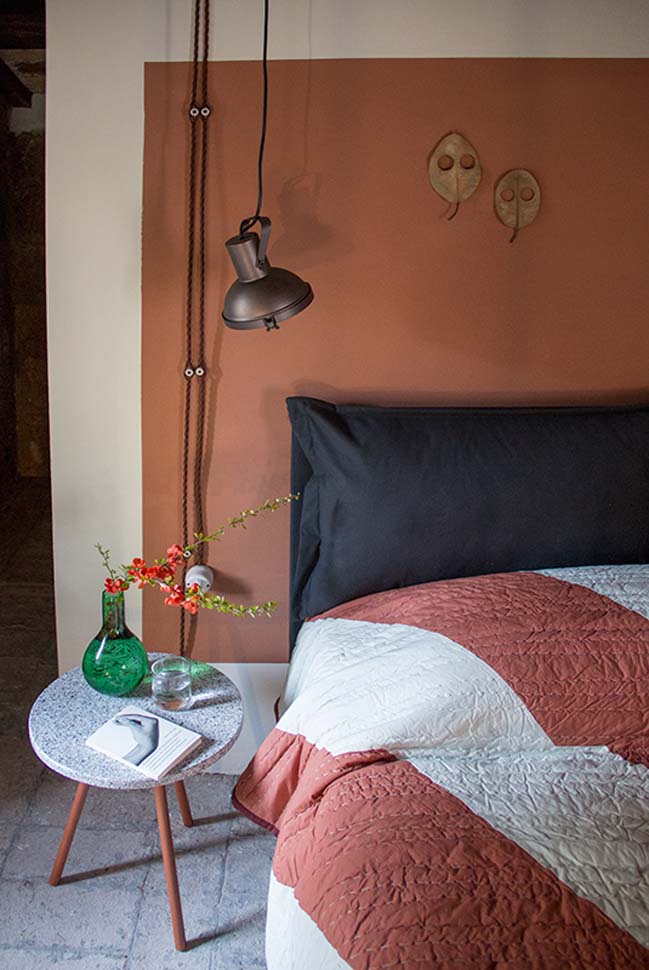 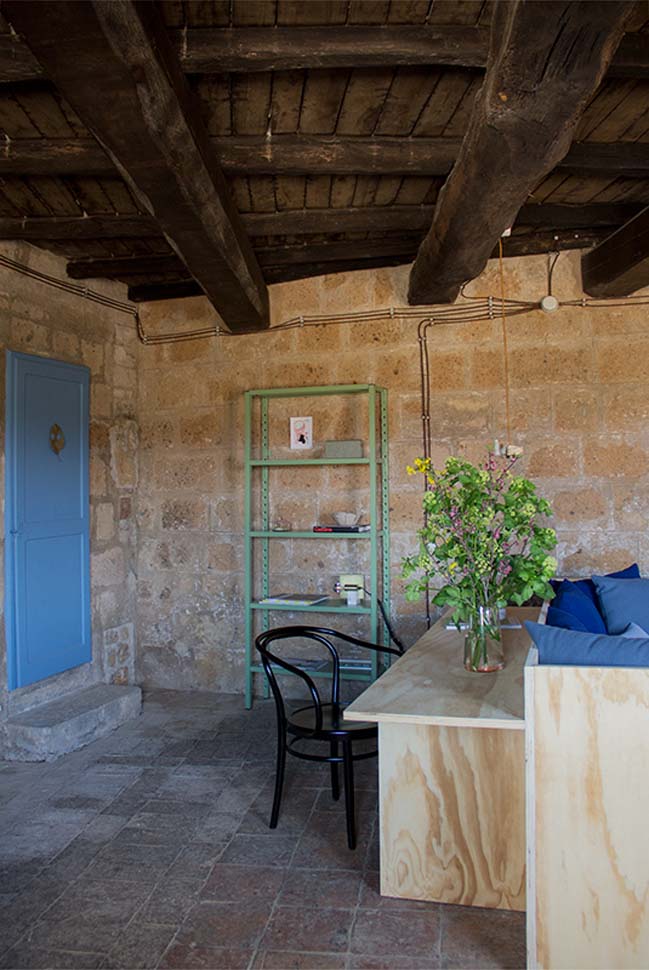 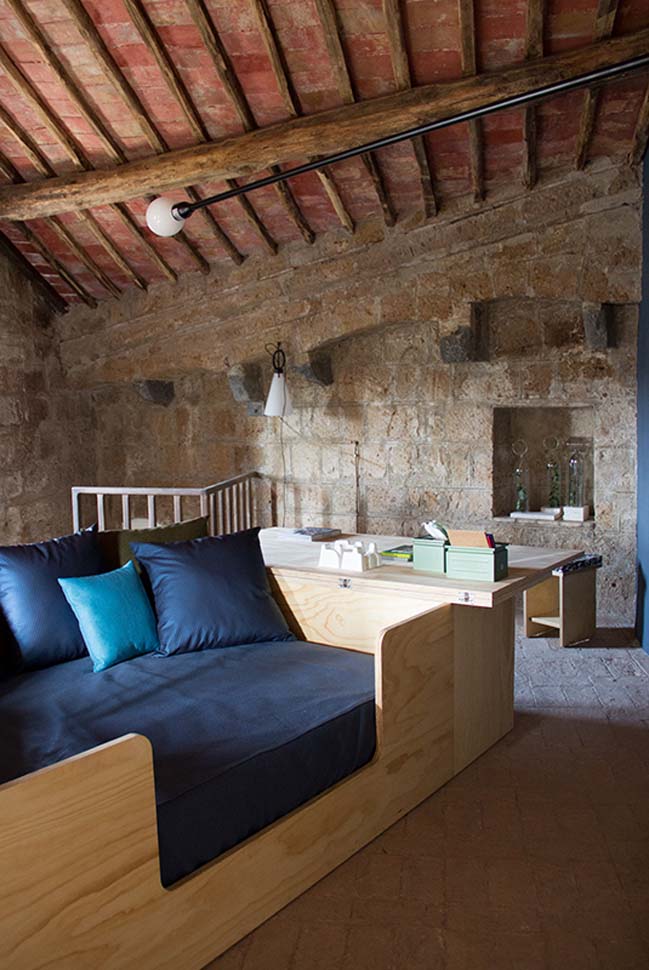