Renovation and extension of a stately row house in Overveen, The Netherlands. The house is located in a dune area and therefore the ground level is higher at the front than at the rear. 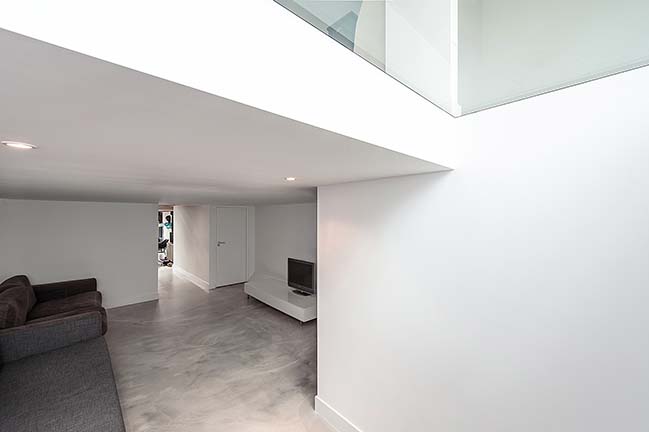 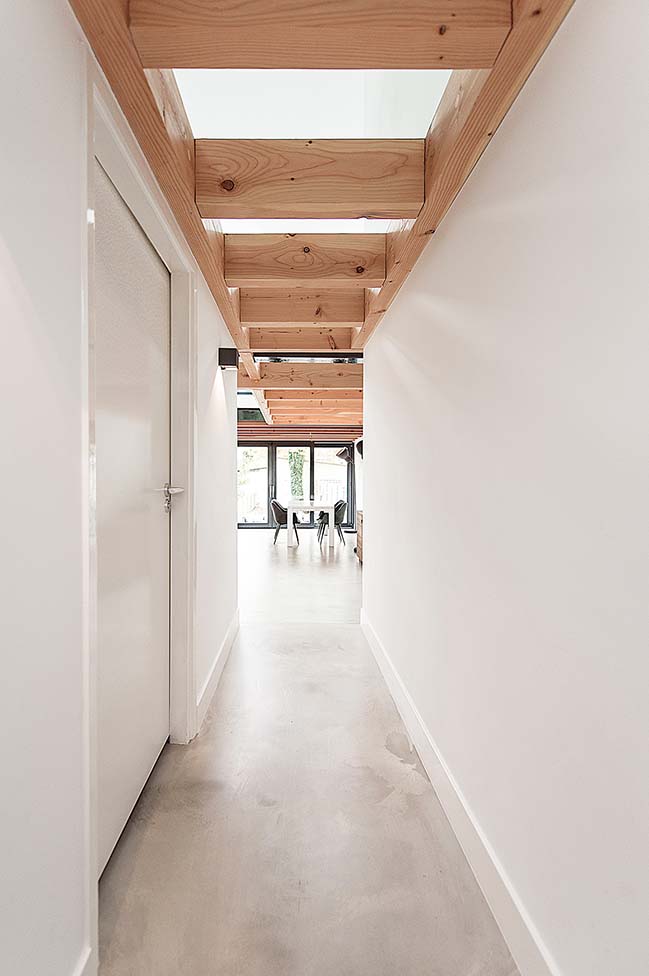 From the architect: The inside of the house was already taken care of in the 70s and stripped of all period features. The ground floor serves as a living area and was a large narrow space. A spiral staircase with a balustrade made of marine  rope led to the basement that consisted of a series of small rooms including a small kitchen. The first and second floors consist of bedrooms and a family bathroom. 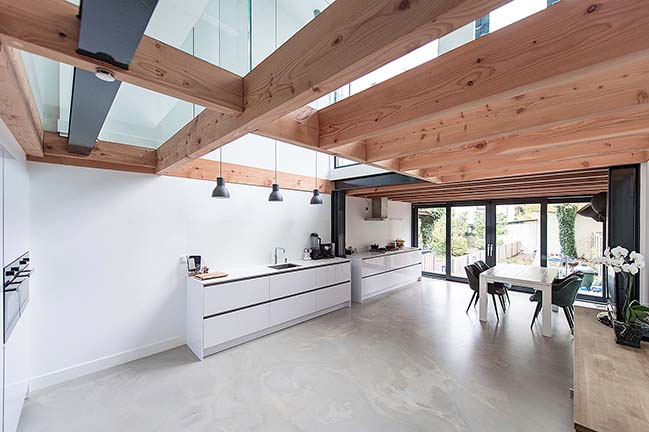 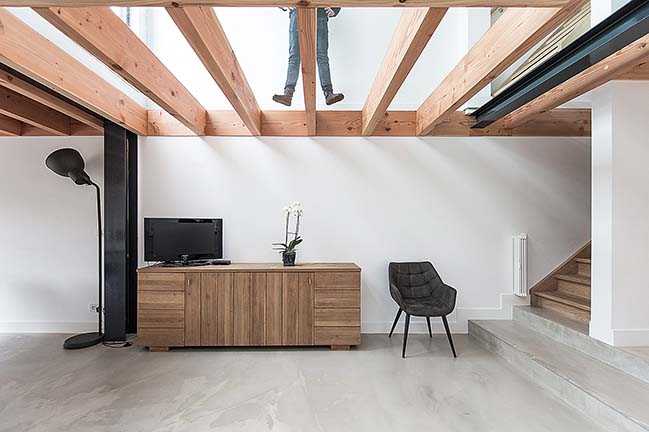 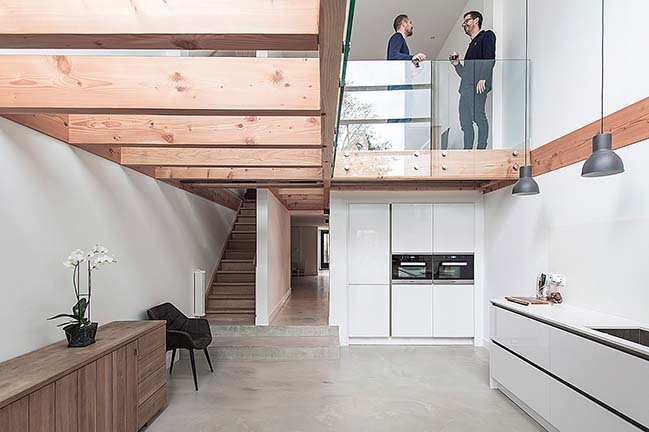 The staircase that runs along a continuous wall between the basement, the living room and the bedrooms creates a visually connecting element between the different spaces and also ensures that the long living room is broken up in a front and back. 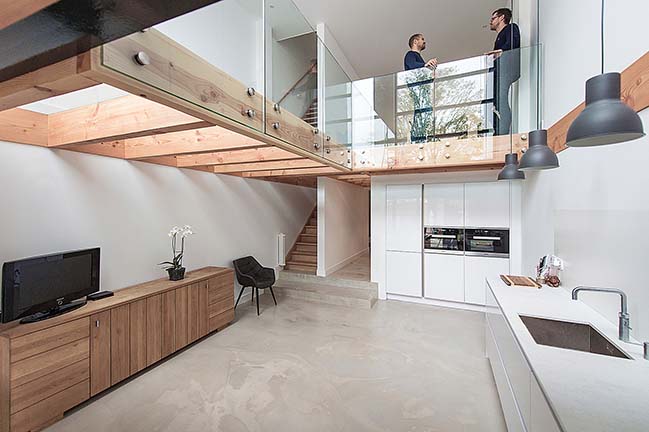 The rest of the basement is open, with underfloor heating and now functions as a play area for the children or as guest room. 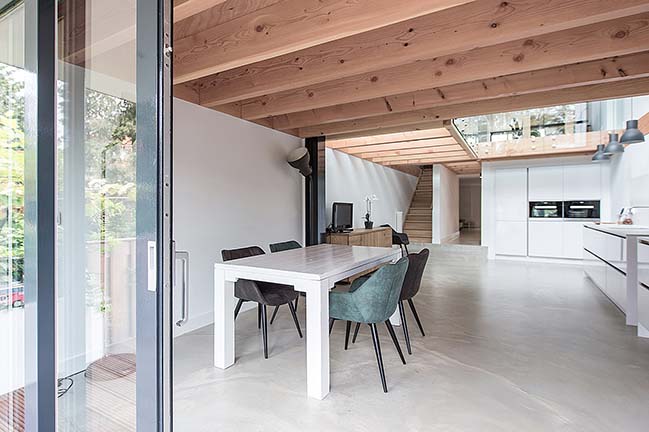 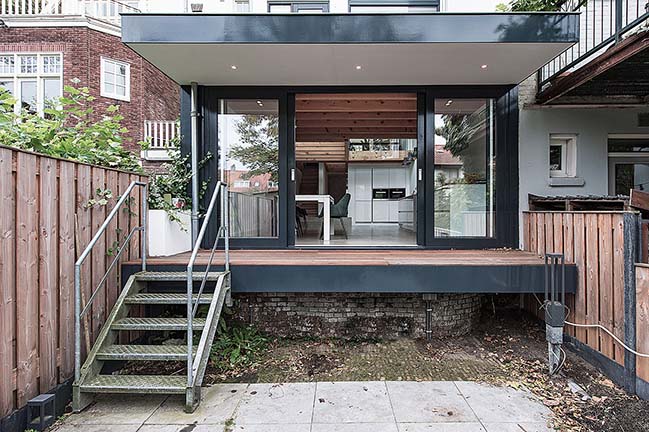 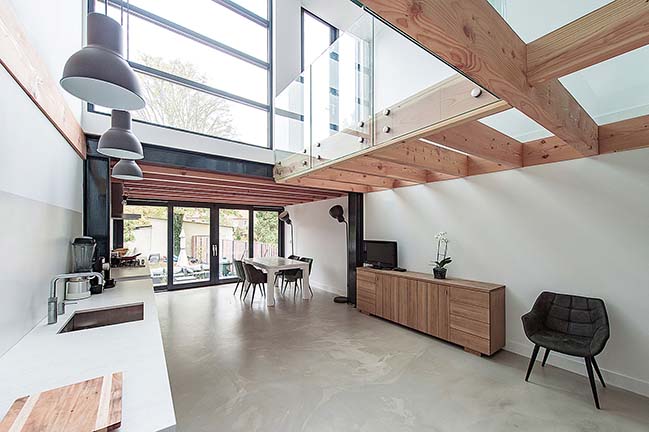 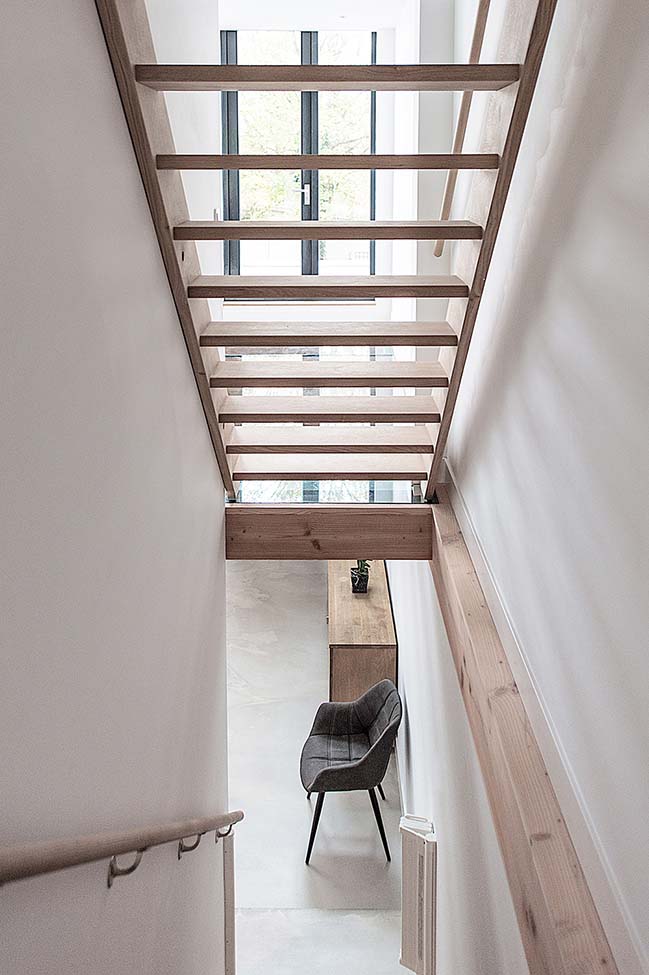 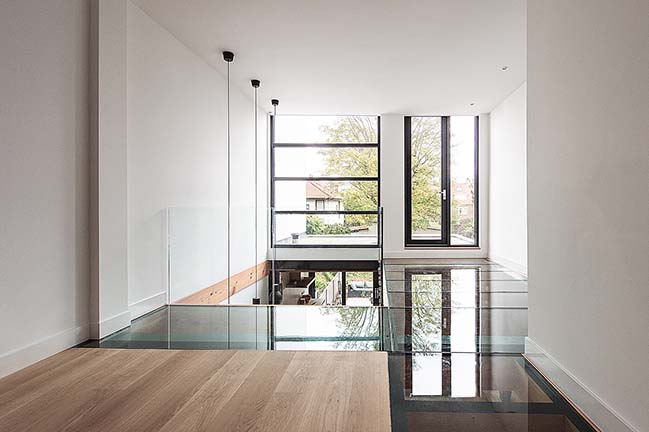 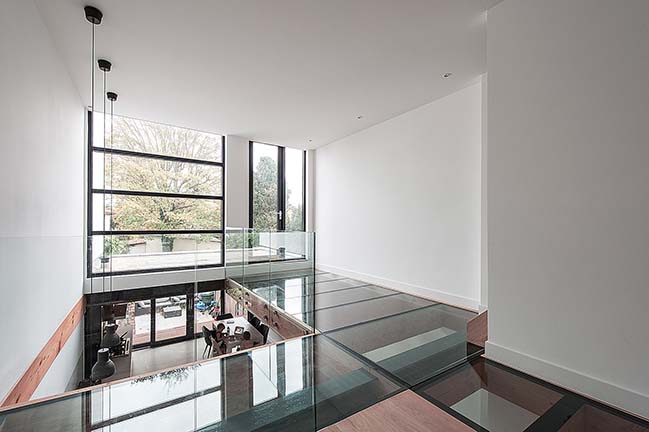 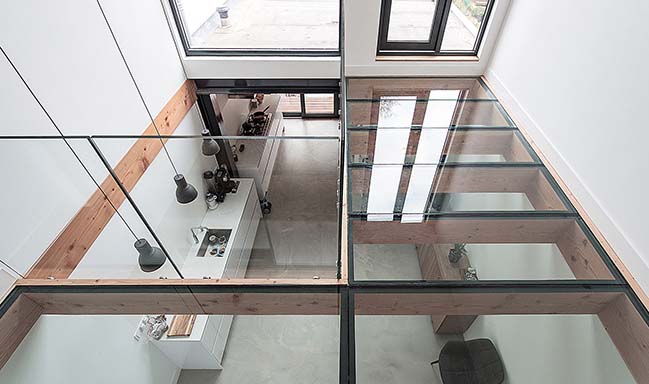 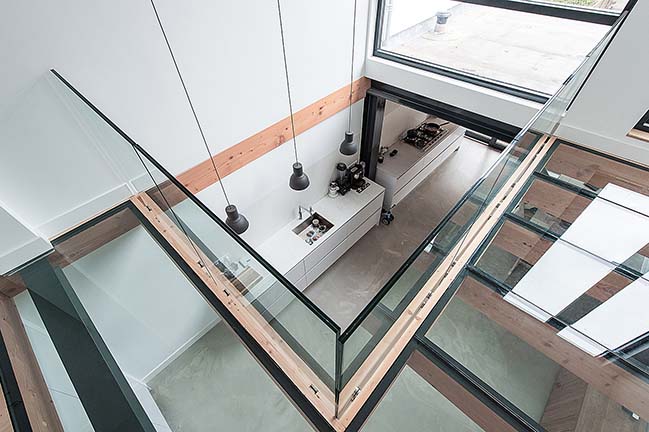 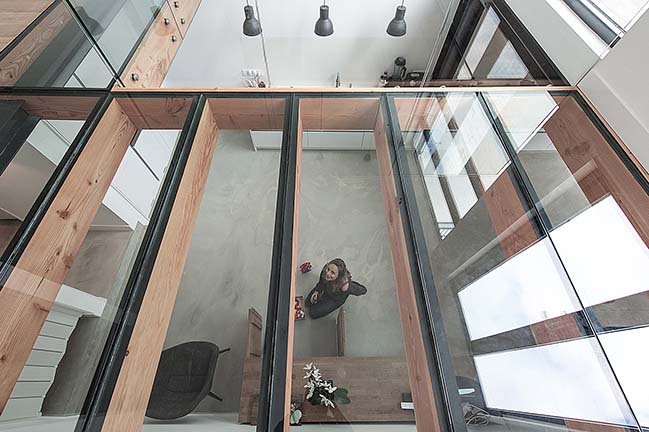 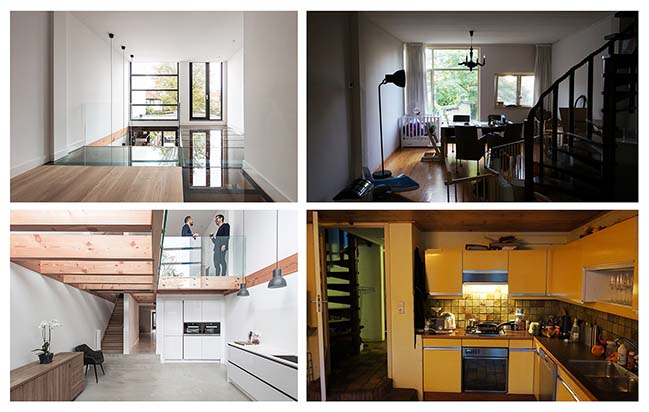 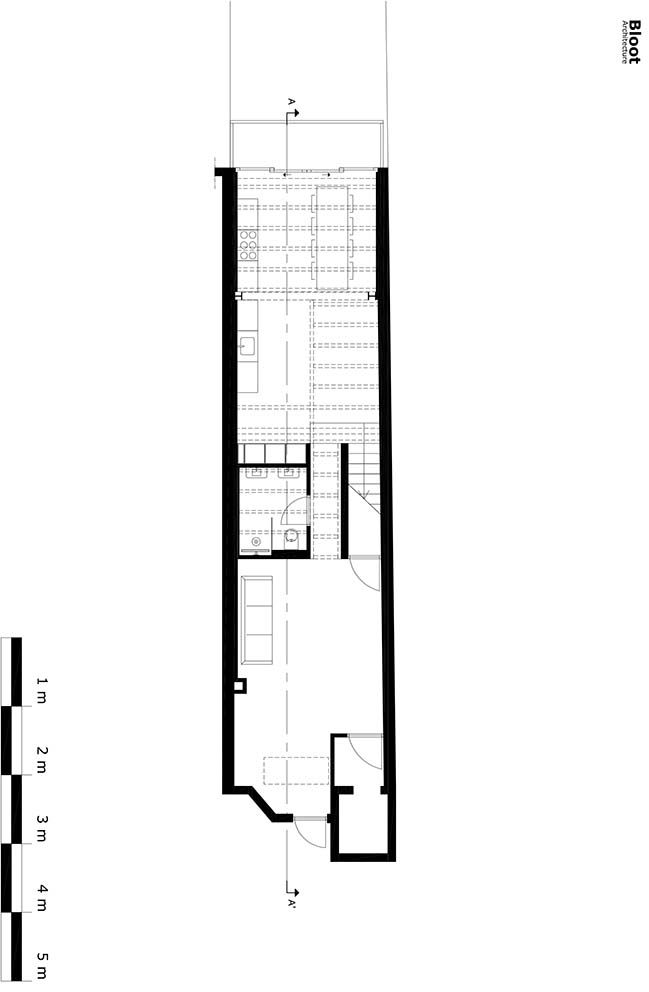 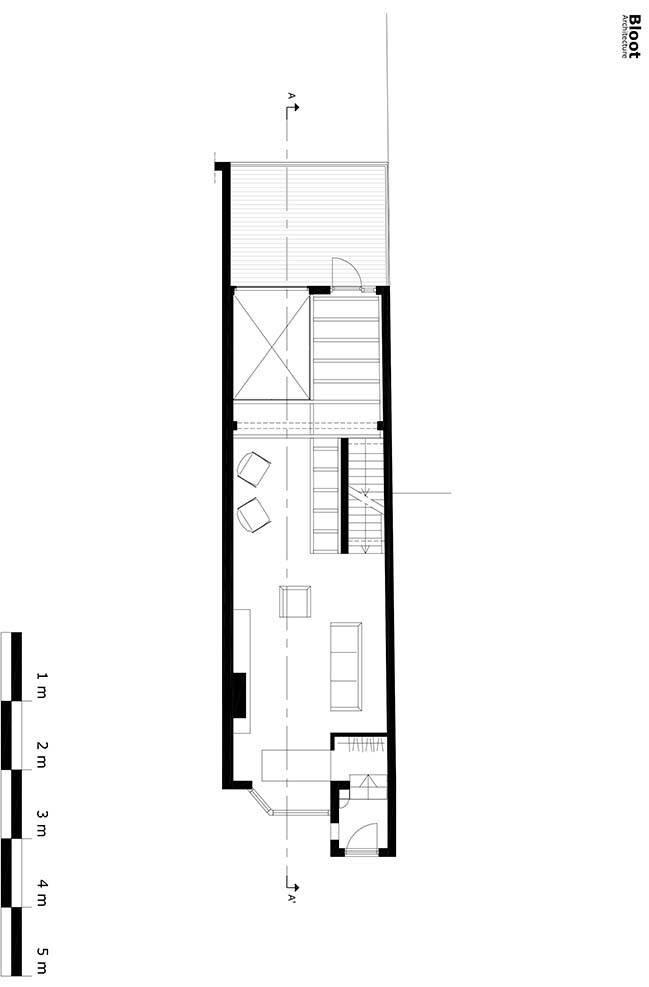 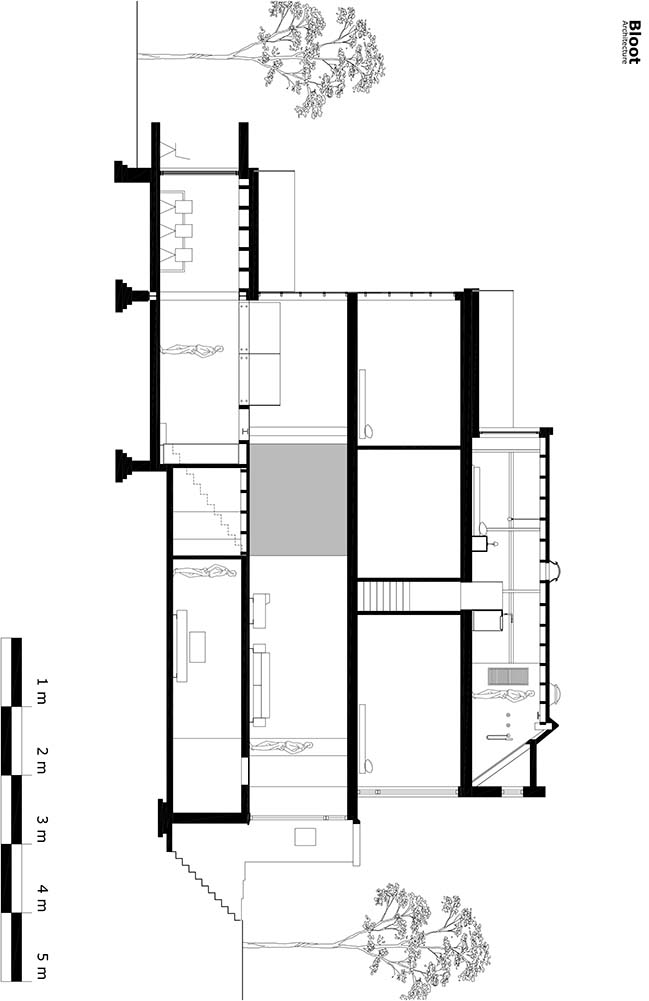 > V12K03: Private house in the Netherlands

12 / 12 / 2017 Renovation and extension of a stately row house in Overveen, The Netherlands. The house is located in a dune area...