The penthouse in Ramat Hasharon presented us with a serious challenge - the terrain and structure details were problematic, to say the least, and on the first visit it was clear that the design should emphasize the blurring of the dimensions and the existing shapes. 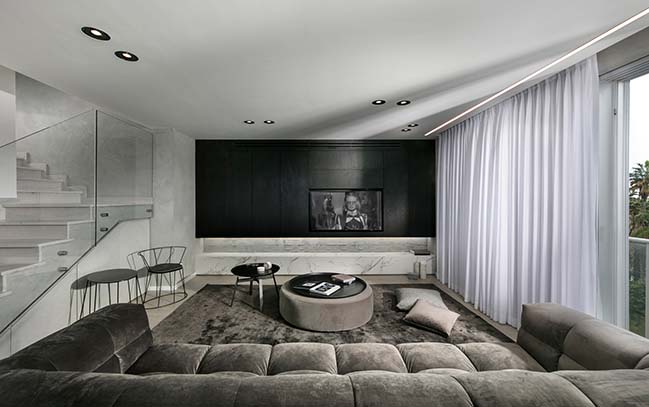 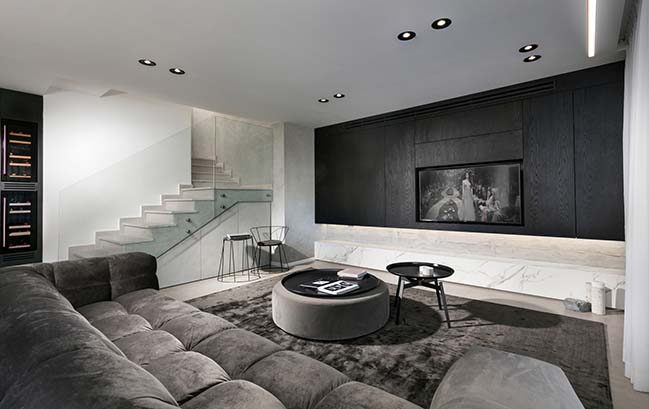 From the architect: The house is 140 square meters, but the public space is relatively small, with the addition of a problematic rectangular shape with a low ceiling, creating an oppressive feeling in the air, as if it lacked breathing air, which was needed to be solved. Another problem we had to find a solution for, was the island location – which required to be functional on the one hand, and harmonious on the other hand. 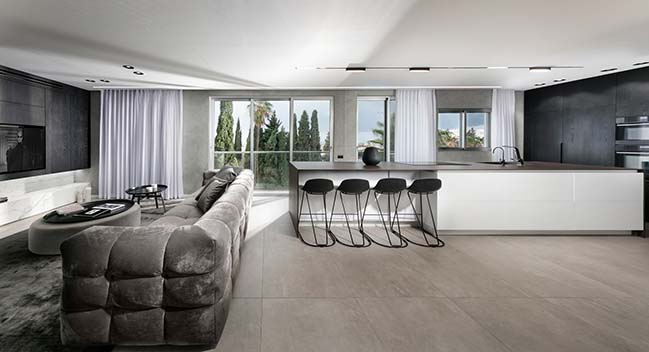 Equipped with imagination, creativity and a lot of courage we set out ... 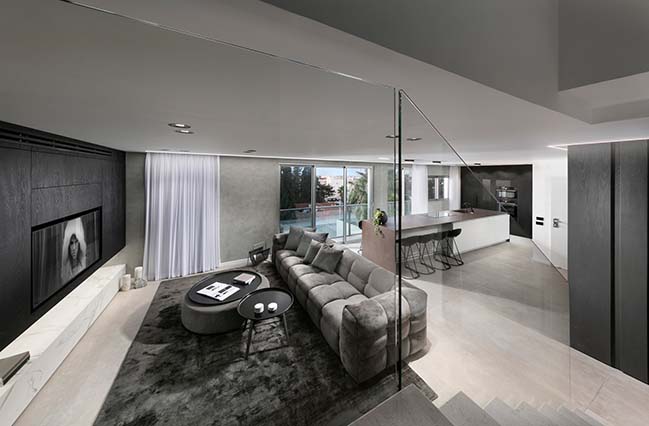 After an intensive brainstorming, we cracked the program, making sure not to go against the details we got from the field, but to recruit them for our benefit. This process included emphasizing the original elements in dosages that matched the picture we wanted to present: lowering the ceiling was the first step at it, which achieved a connection between the living room and the kitchen using continuous lighting strips. Another connection is made using the materials by repetition the black wood that appears in the kitchen cabinets, the decorative wall, the wine cooler, and the entrance door to guest's bathroom. 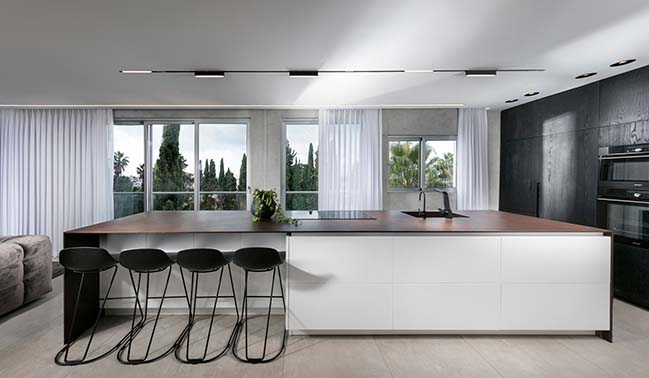 Despite the lowering of the ceiling, we wanted to create a sense of height, which was eventually obtained by increasing the windows in the public space that brings in a large amount of natural light. 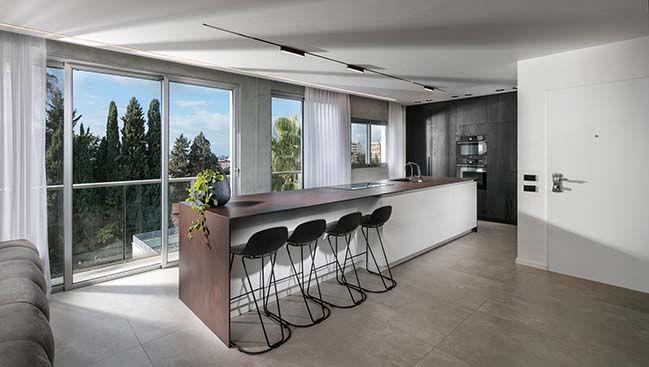 A dominant design element is the entrance wall of the house that leads to the private space. It is a gray wooden canopy of varying sizes that creates continuity to the other walls that have been painted in concrete tones. A combination of rust-colored work surfaces balanced the modern colors & materials, and was responsible for letting the warmth come in. 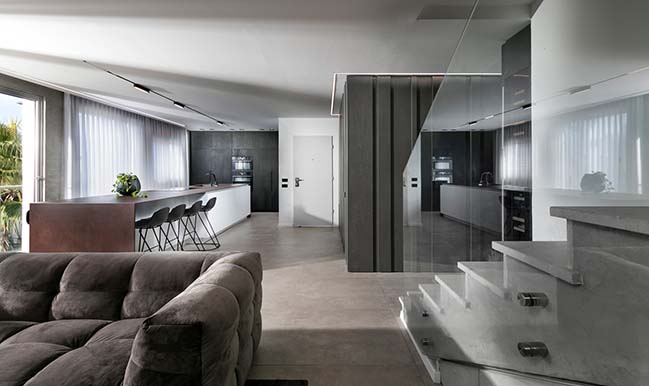 The challenge was completed with great success, we created a space that looked like a minimalist sculpture in which each of the functions stood on its own and was assimilated into a monochromatic harmony with a warm feeling. 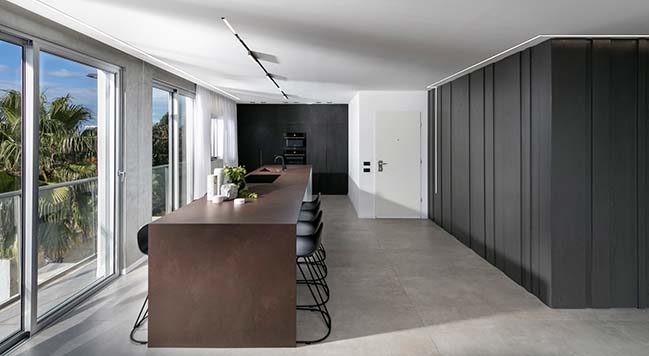 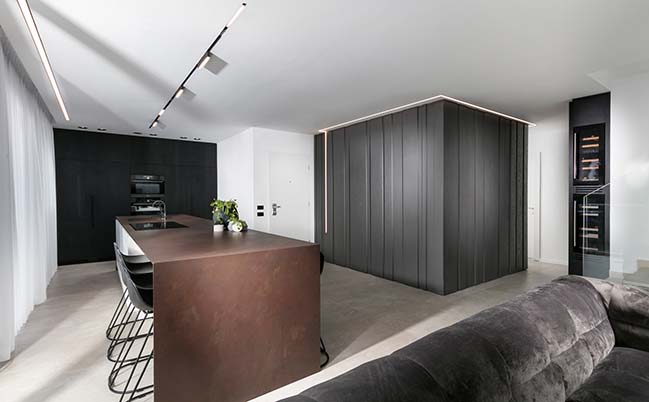 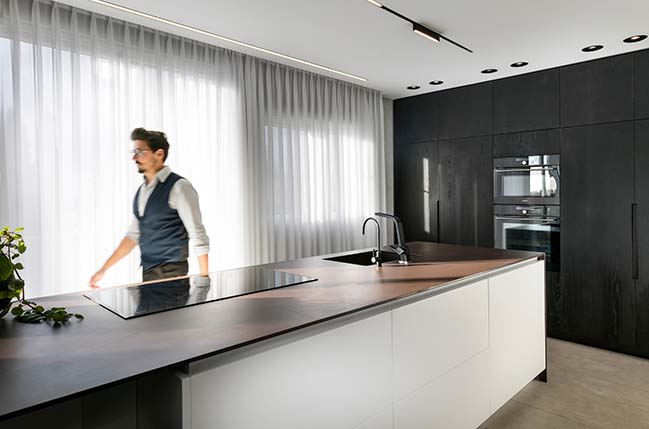 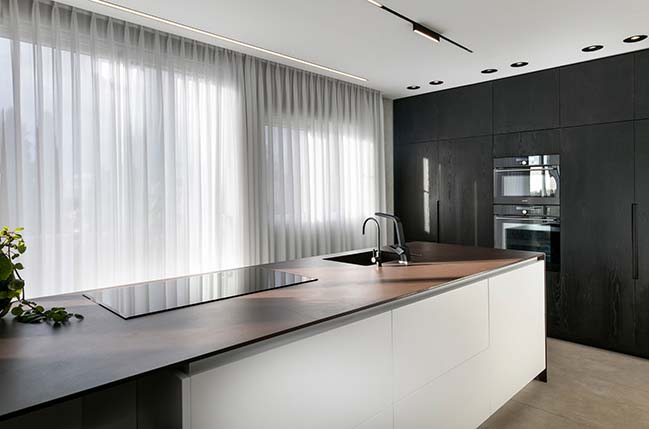 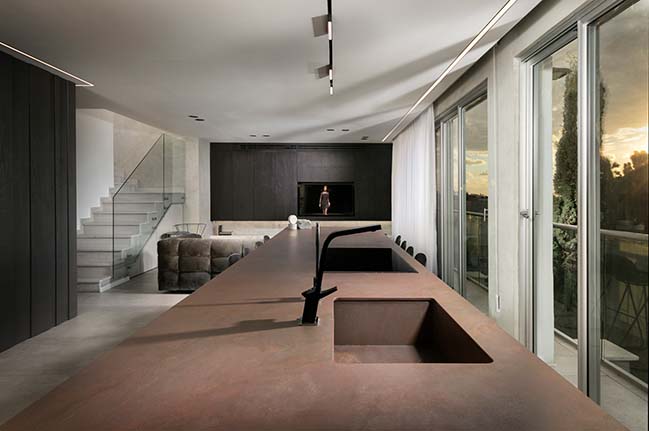 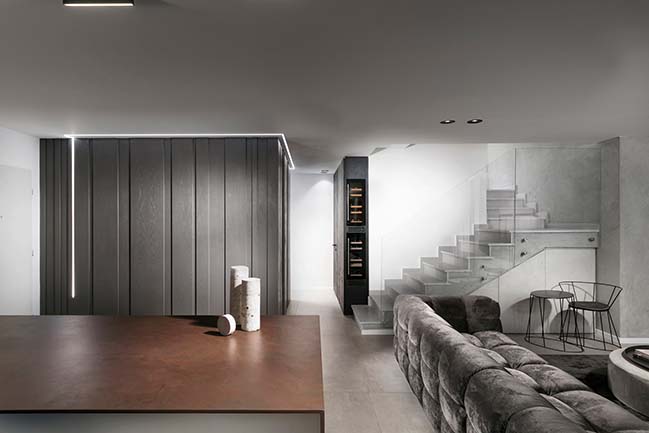 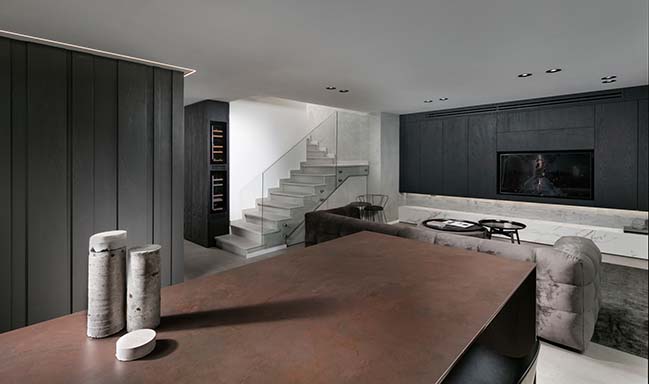 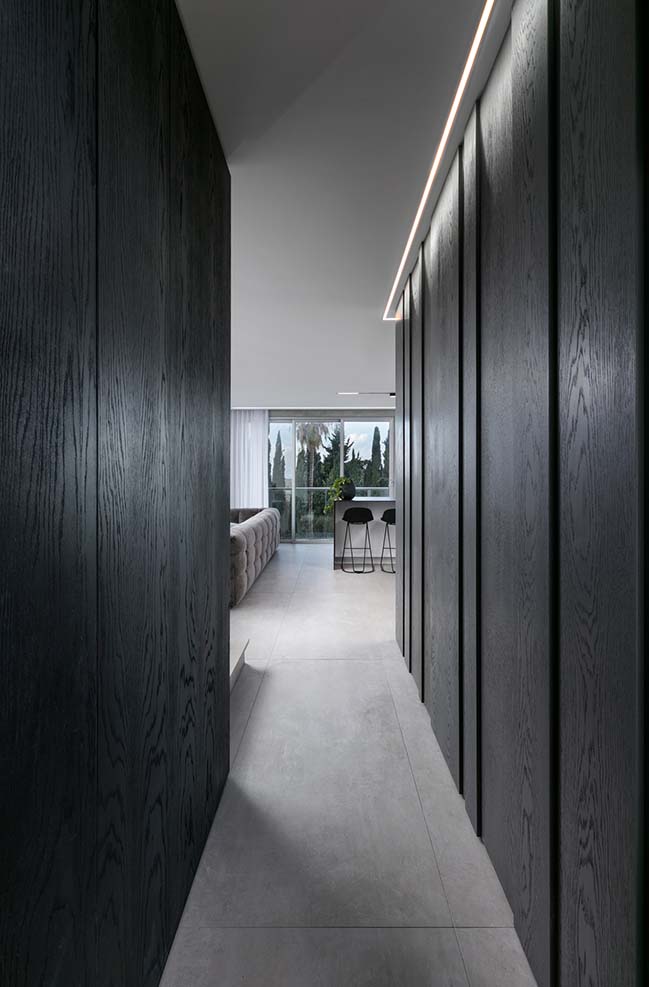 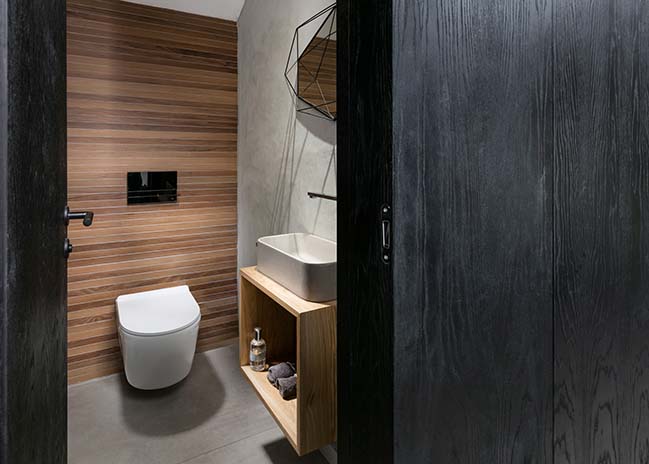 02 / 12 / 2018 The penthouse in Ramat Hasharon presented us with a serious challenge - the terrain and structure details were problematic... 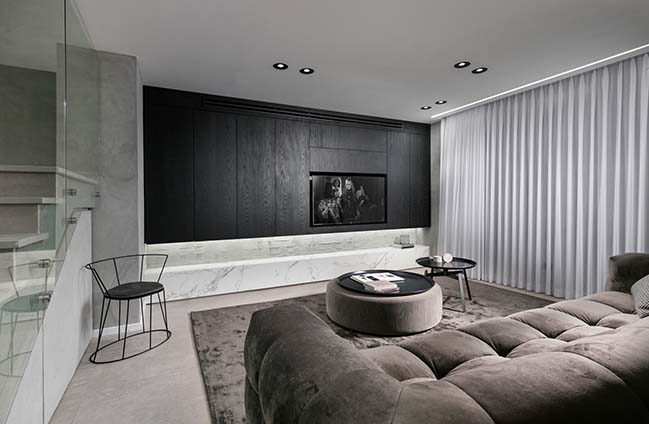