From the architects: The house grew out of its formidable site, inspired by the Illawarra Escarpment to the far west and north, and to its east the tidal ocean rock shelf and ocean beyond. Our aim was to create a ‘safe harbour’ for living; to borrow and imbed the ocean-scape within the house views and to make a home of beauty and craftsmanship. 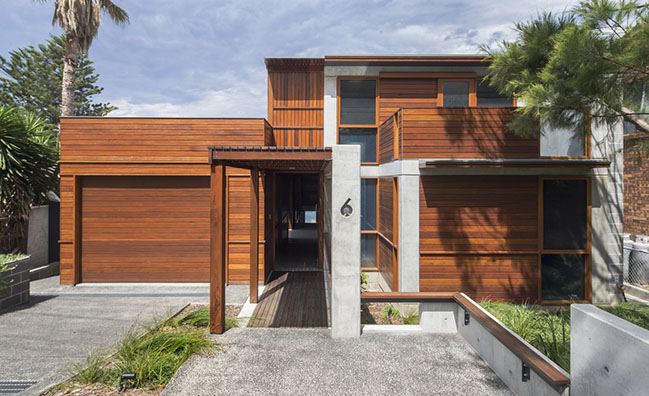 The clients have a love for boats, concrete and all things Japanese. Their new house reads from the street as a timber house, massed as a series of boxes in reference to the coastal shacks that previously stood in the street. The ‘low mass’ relates to adjoining neighbours in height & scale. 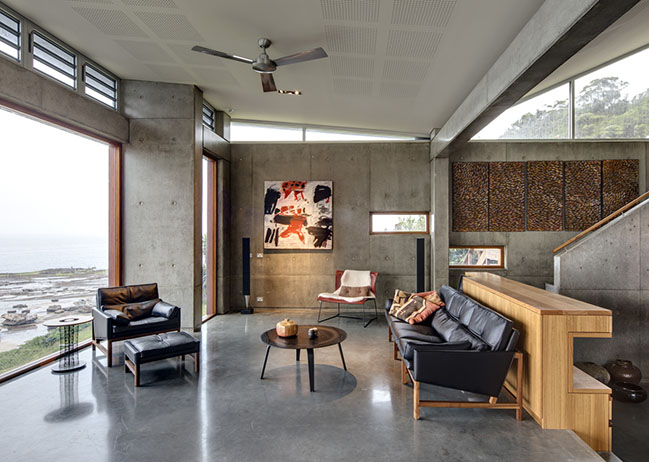 On the interior, a concrete house is revealed. Arrival into the house is through the northern breezeway that links all levels of the house externally. A mosquito screened ‘lung’ of the house, it allows the inner core to open up, extending areas and views. Its recycled ‘post and beam’ Spotted gum hardwood structure, is a counterpoint to the concrete ‘post and beam’ inner structure. This 'post and beam' structural system allows greater flexibility between inside and outside and between internal spaces. 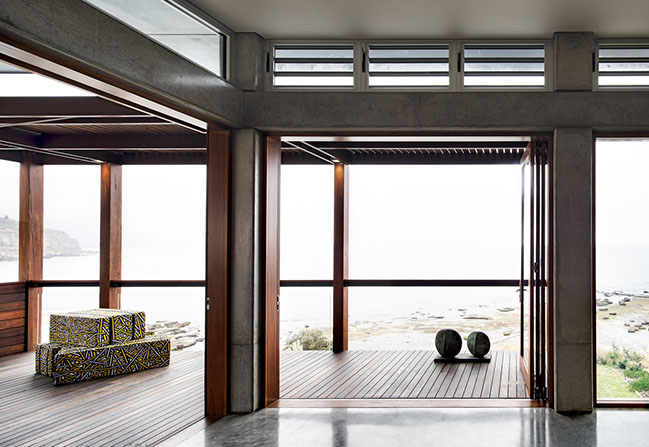 The site has its long section facing north, stimulating an architectural response of ‘partnered’ indoor-outdoor rooms.

At main ground floor level, the kitchen opens to a sheltered central courtyard, which then connects to a terraced vegetable herb garden facing northeast, protected from southerly winds. The lounge area, four steps above the ground floor level, opens to its north, into a large roofed porch that can house 20 people around a family table. 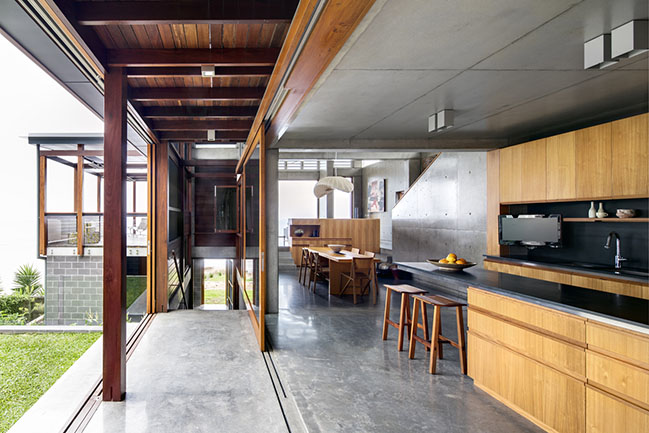 This porch has a northern coastal view of disappearing headlands and a panoramic ocean horizon view to the east and looking downwards a spectacularly detailed view of the rock platform below.

In this house the landscape, environmental, structural and lighting disciplines were critically linked to create a crafted whole. 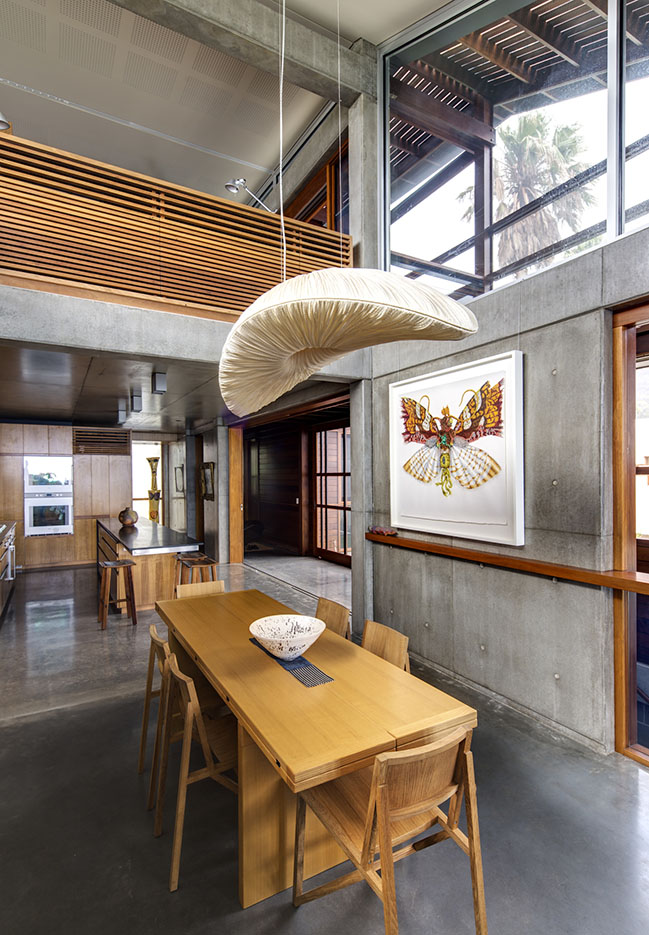 YOU MAY ALSO LIKE: Nerang House in Gold Coast by Alexandra Buchanan Architecture 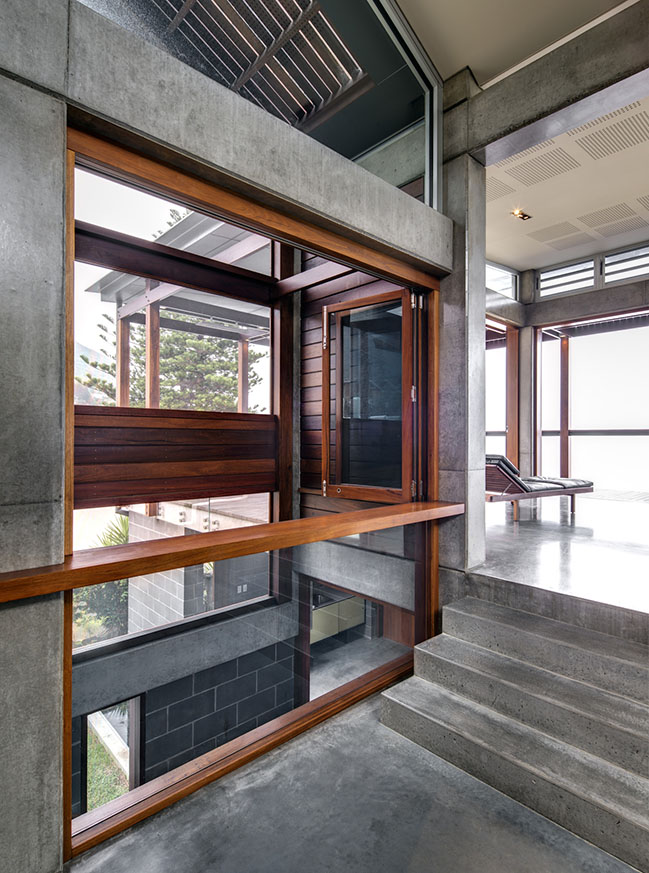 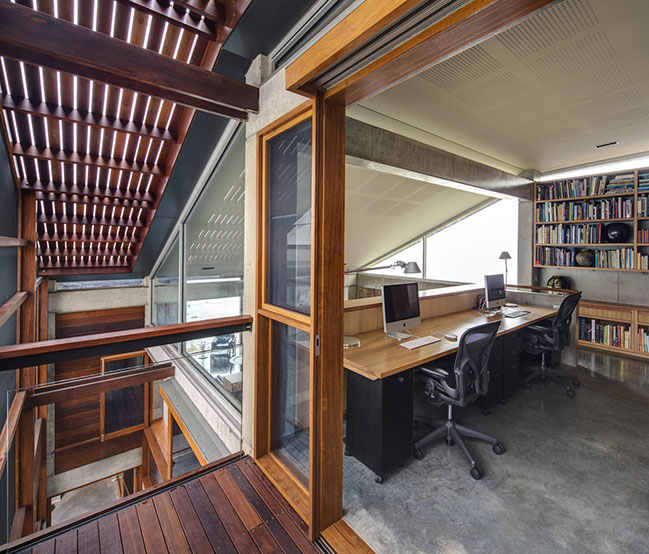 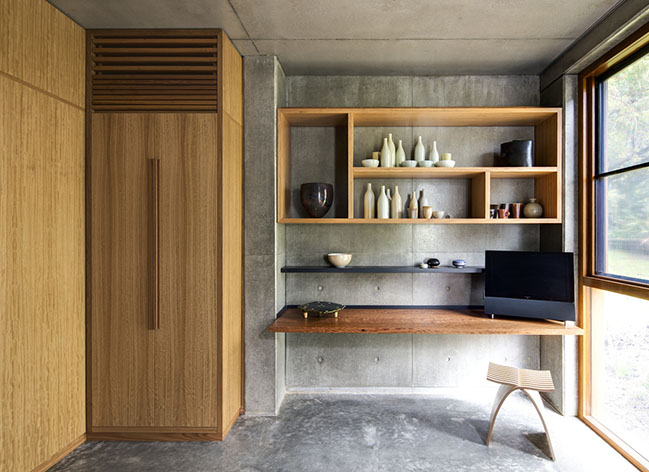 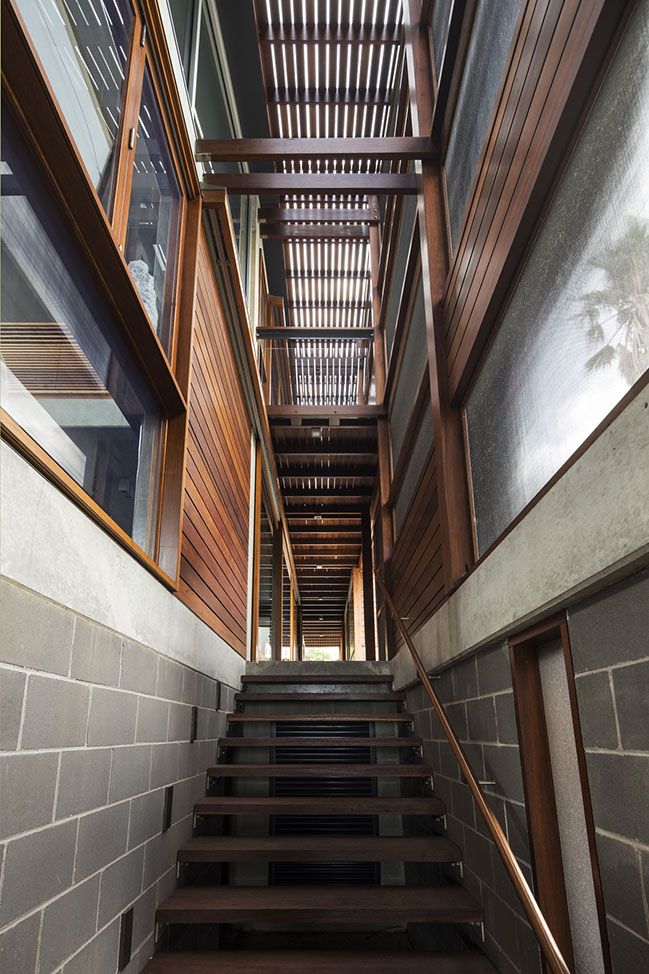 YOU MAY ALSO LIKE: Helensvale Haus in Gold Coast by Happy Haus 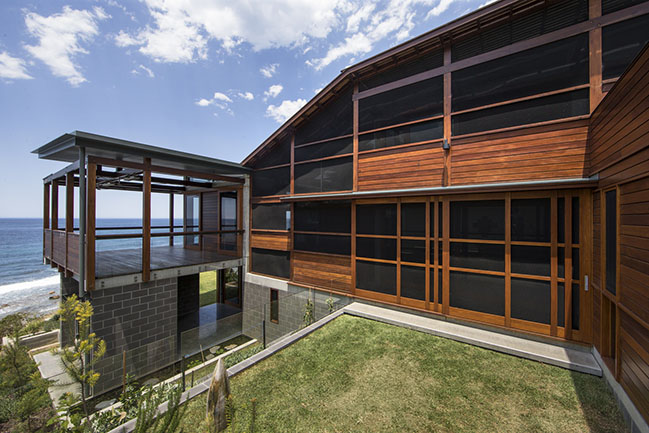 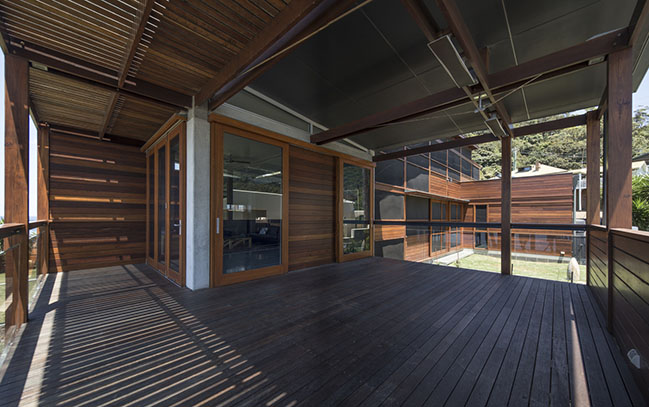 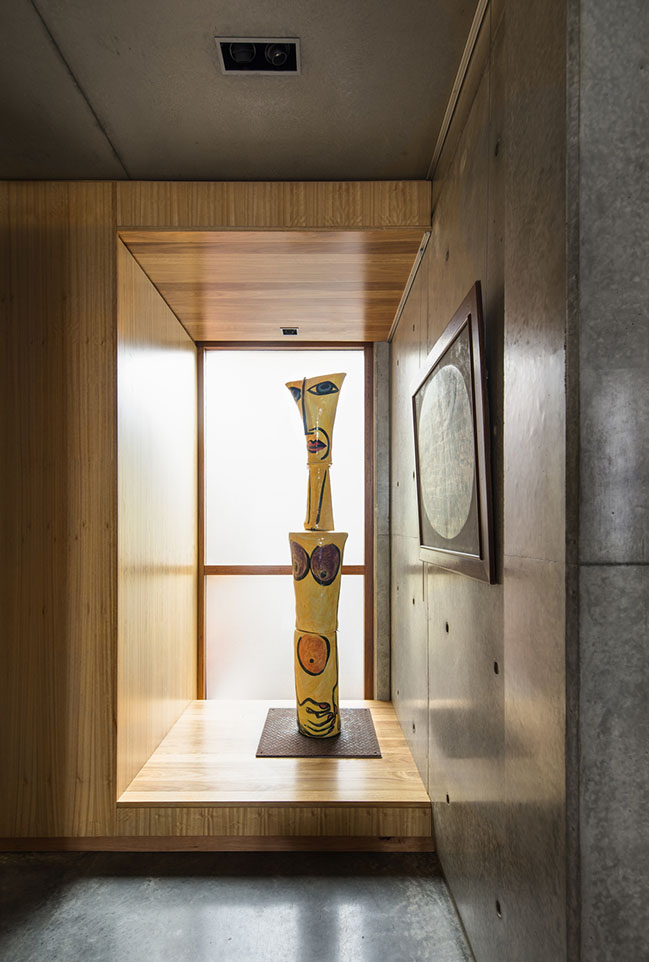 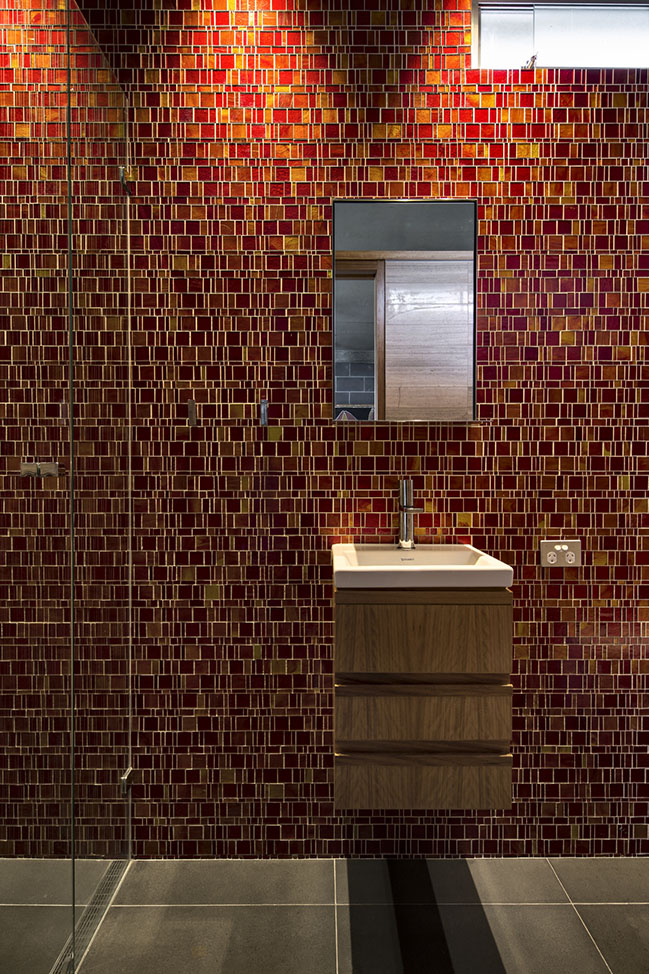 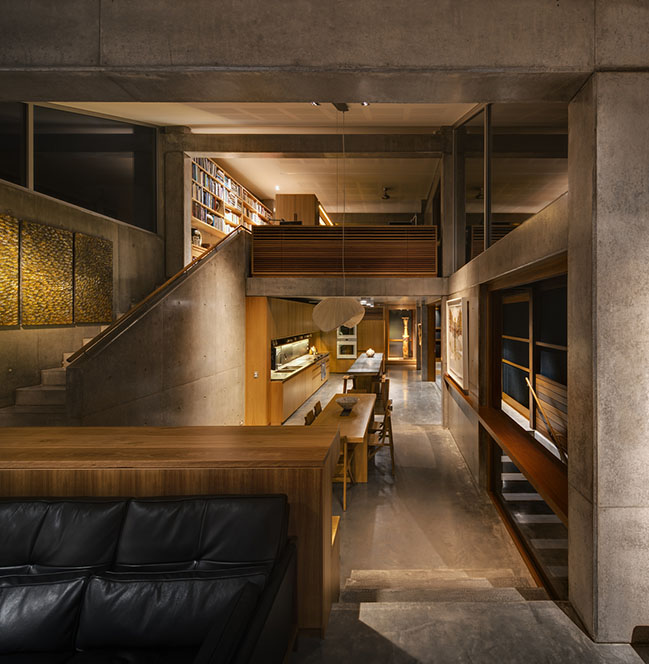 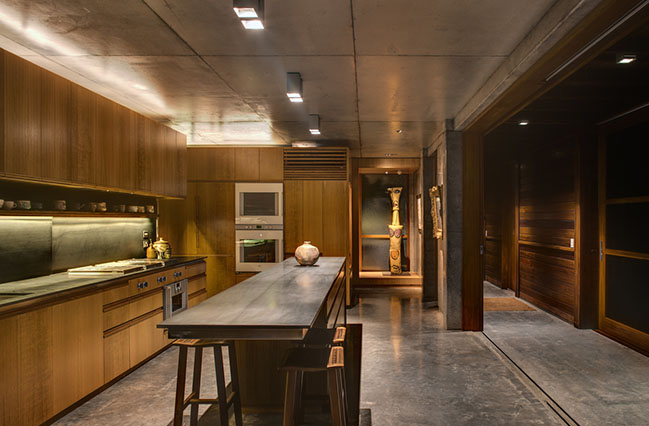 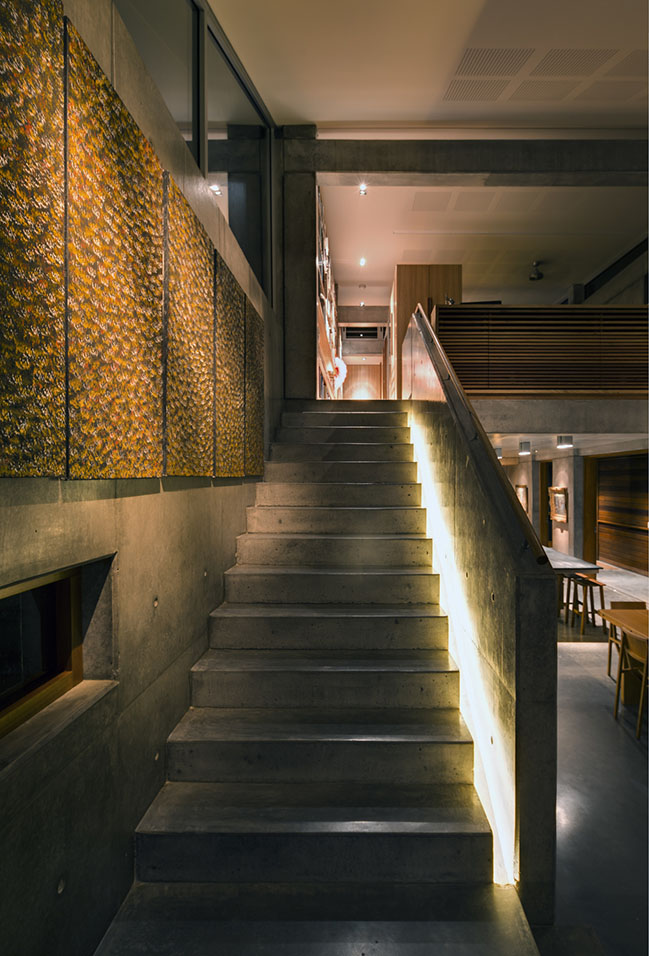 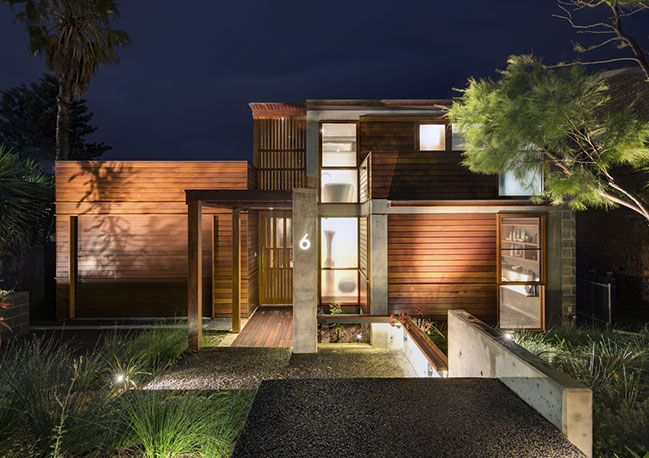 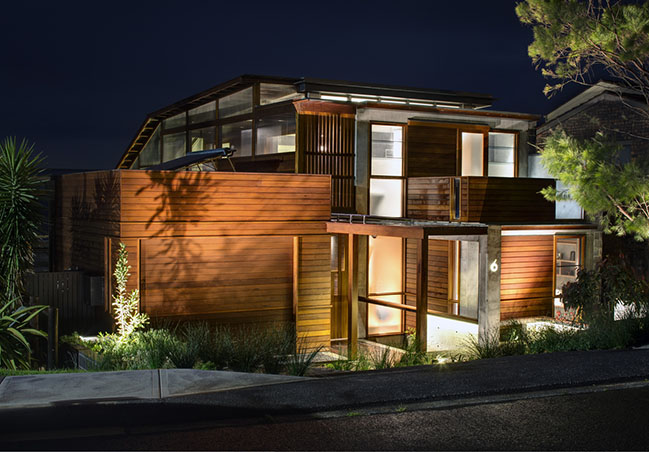 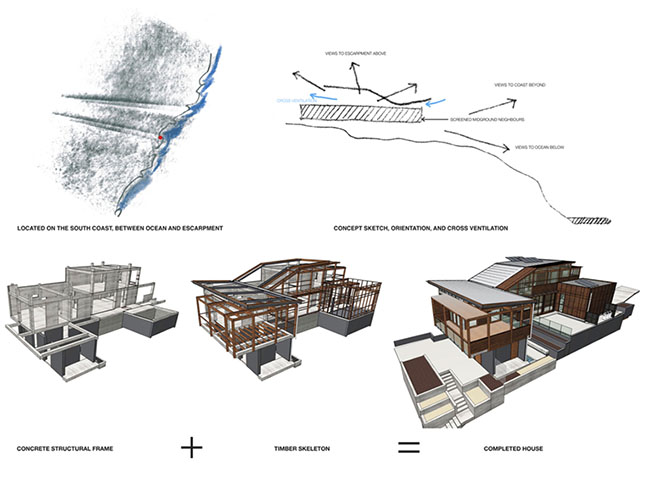 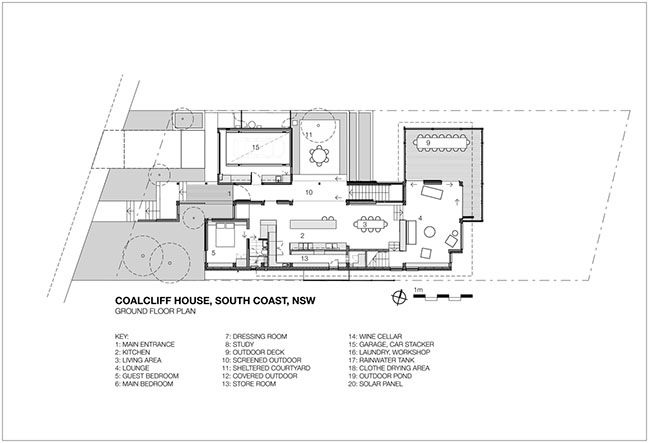 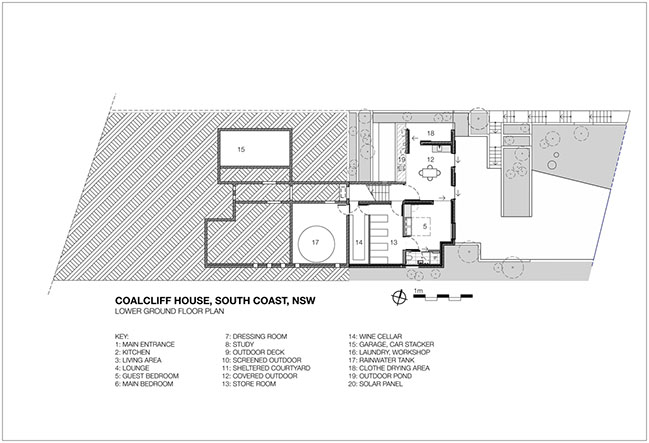 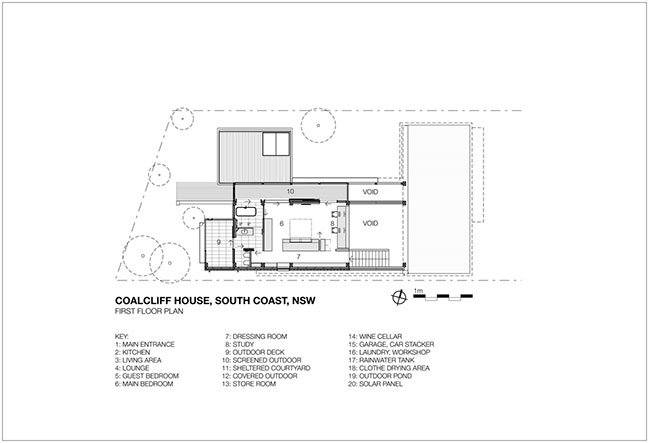 01 / 05 / 2021 The house grew out of its formidable site, inspired by the Illawarra Escarpment to the far west and north, and to its east the tidal ocean rock shelf and ocean beyond... 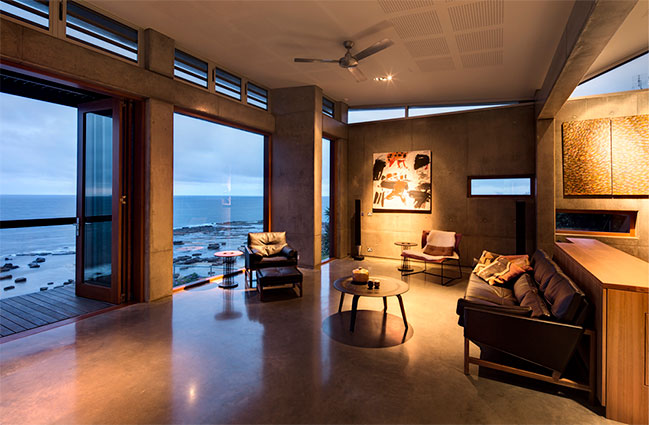