Designed by Rocco Borromini. The project stems from the need to create a home for a young couple on the Rhaetian side of the Valtellina Alps. The site on which the house stands is constituted by the roof slab of a basement garage that faces south with access to the garages and which extends west to a garden. The lot enjoys an excellent panoramic position from all fronts. 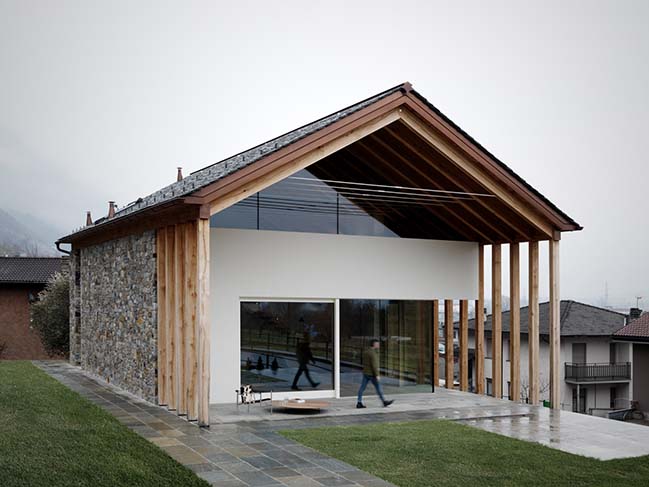 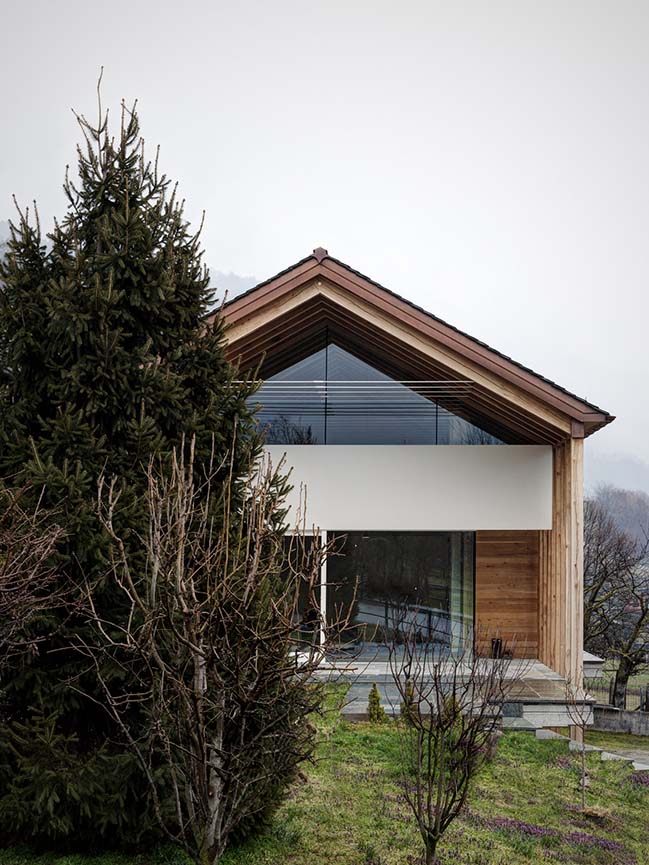 From the architect: The first formal theme was connect the new building to the pre-existing building, to meet this need we thought to create a structure that partly covered it and at the same time served as a supporting structure for the roof, on the south side some pillars on two levels support a succession of trusses. 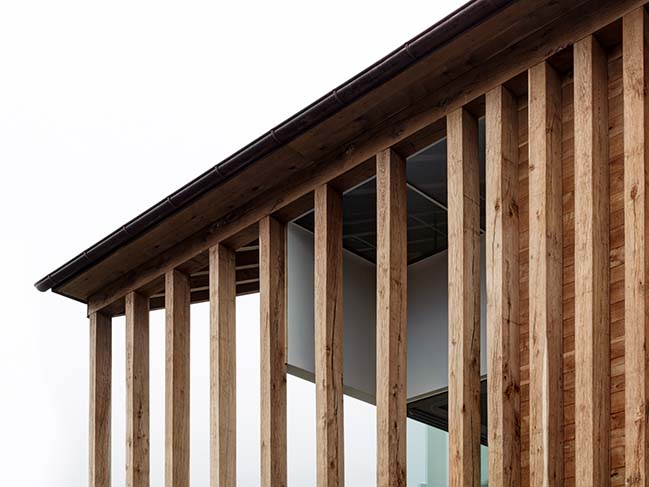 The warping is completely made of solid oak wood, this choice has increased the size of beams and pillars but gives the whole an exceptional materiality. The east and north fronts have been clad in splitted local stone as well as the pre-existing part of the southern front. 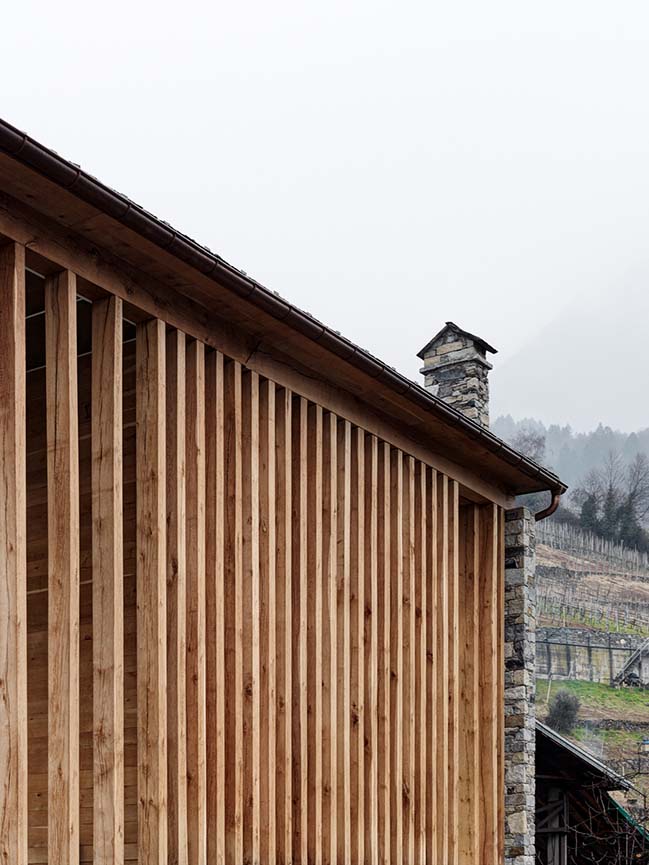 The space between the south-west pillars ensures a penetration of light and shade in the winter months for most of the living area. The use of the roof trusses allowed the tympanum, supporting itself, could be completely emptied giving space to large windows that frame beautiful views of the surrounding mountains. 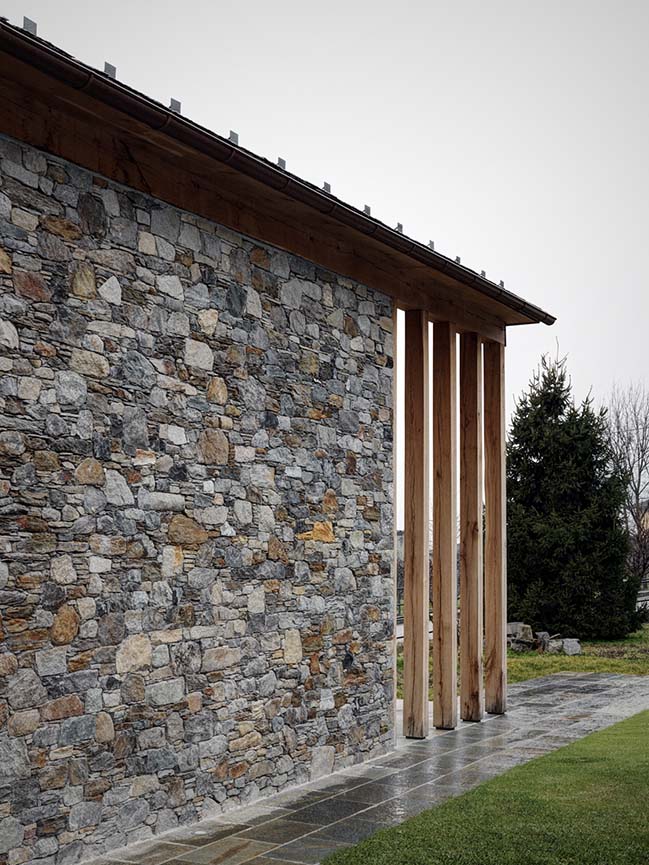 Entering from the garden the dining and living area has a double height and extends above the mezzanine, below this there is a kitchen, a bedroom and a bathroom. The few internal divisions allow you to have different viewing angles on the large panoramic windows. 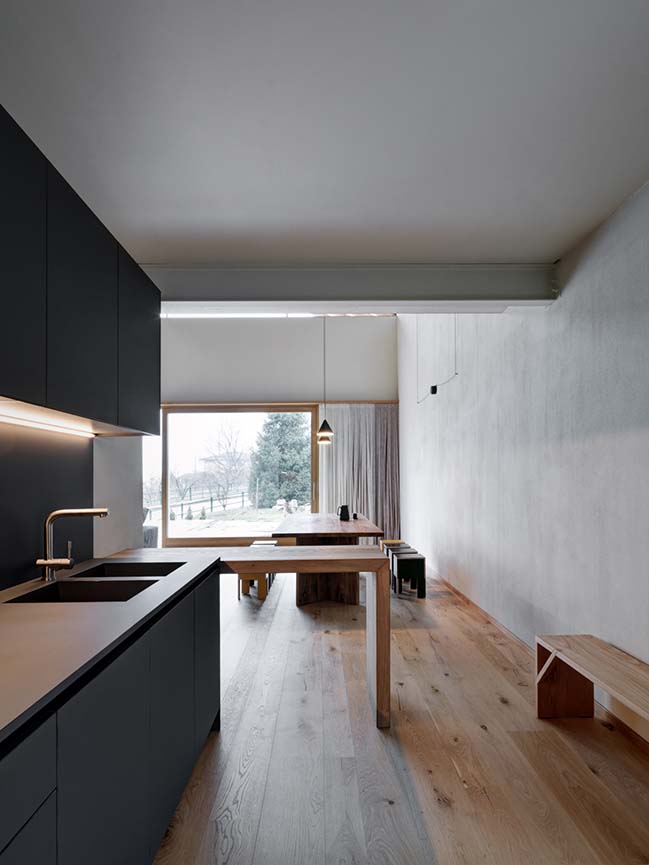 The interior theme is a very clean and bright space characterized by the alternation of solid wood and white walls. The compositional theme is formally inspired by a typical architecture of the Alpine arc as well as the reuse of traditional materials. 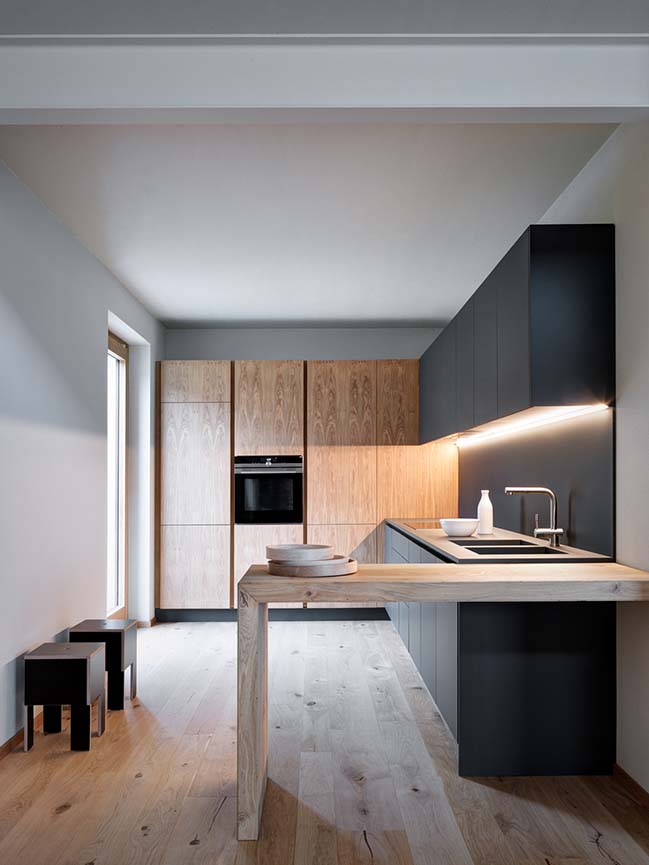 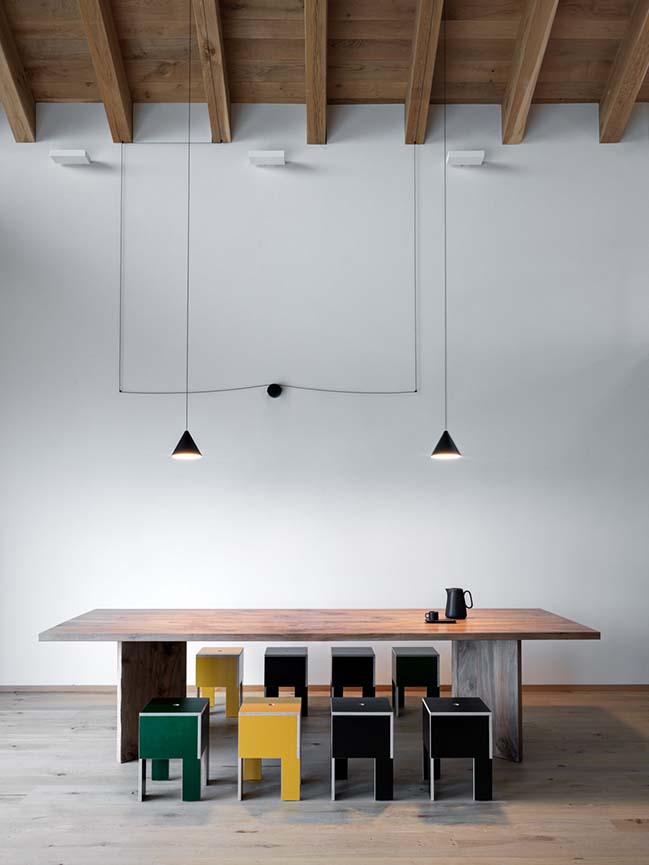 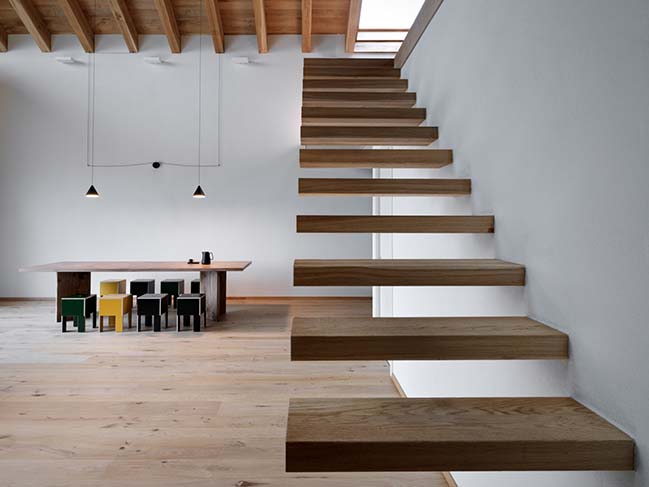 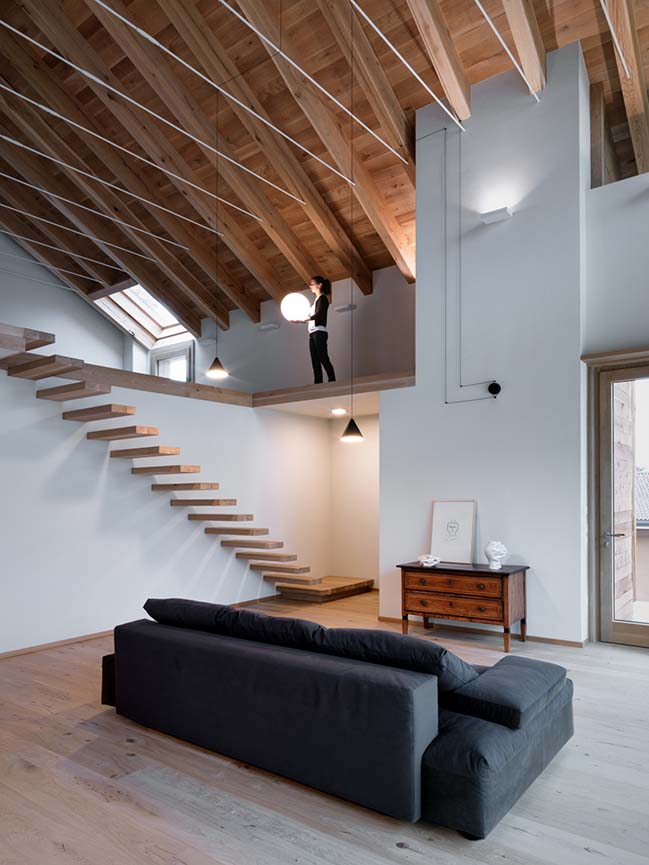 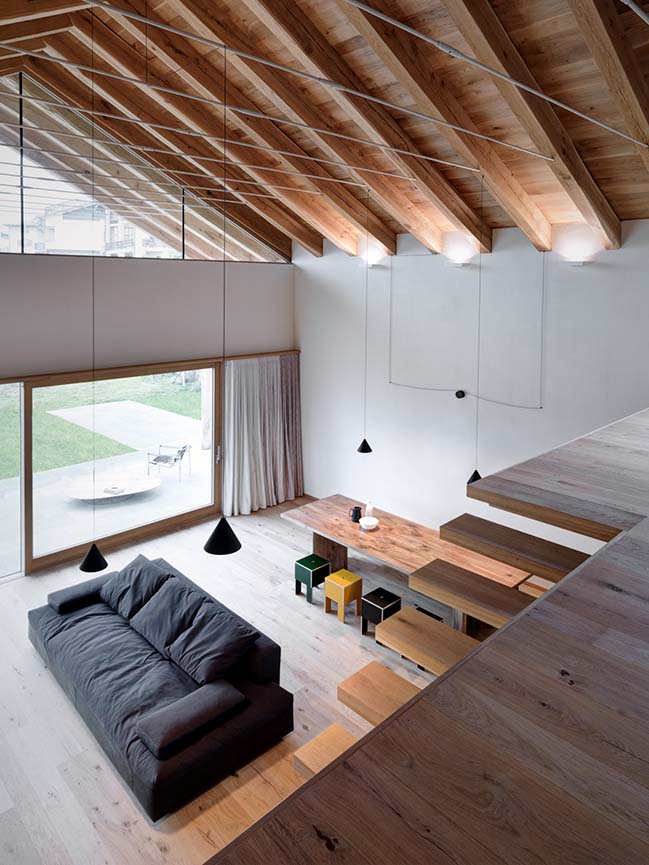 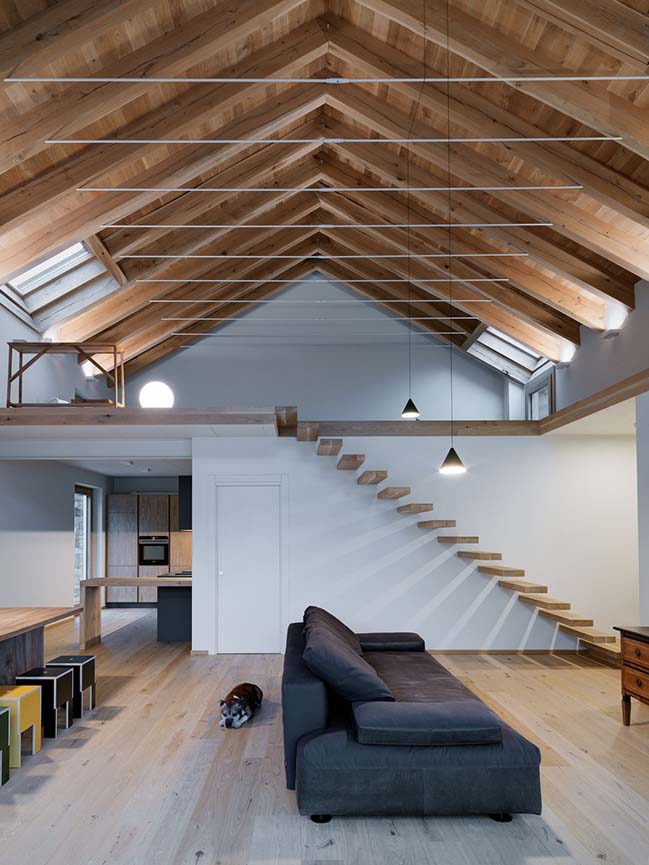 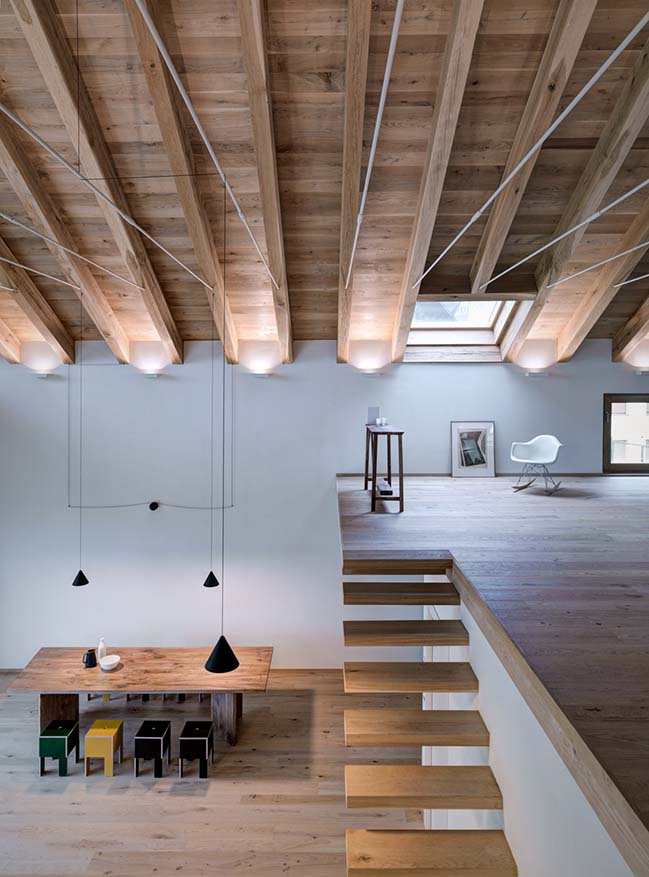 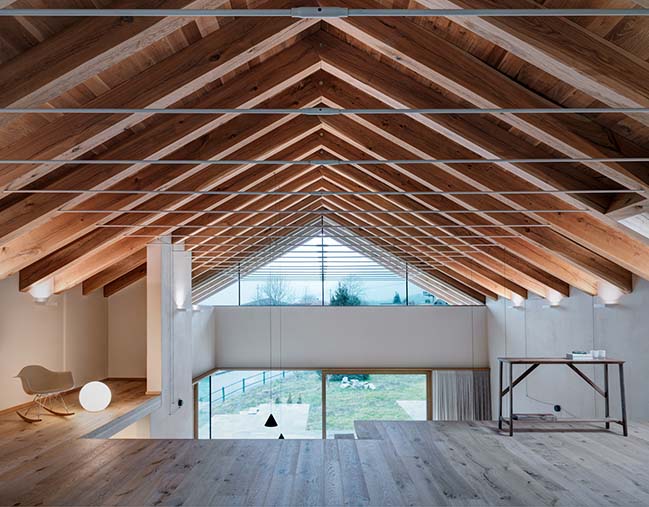 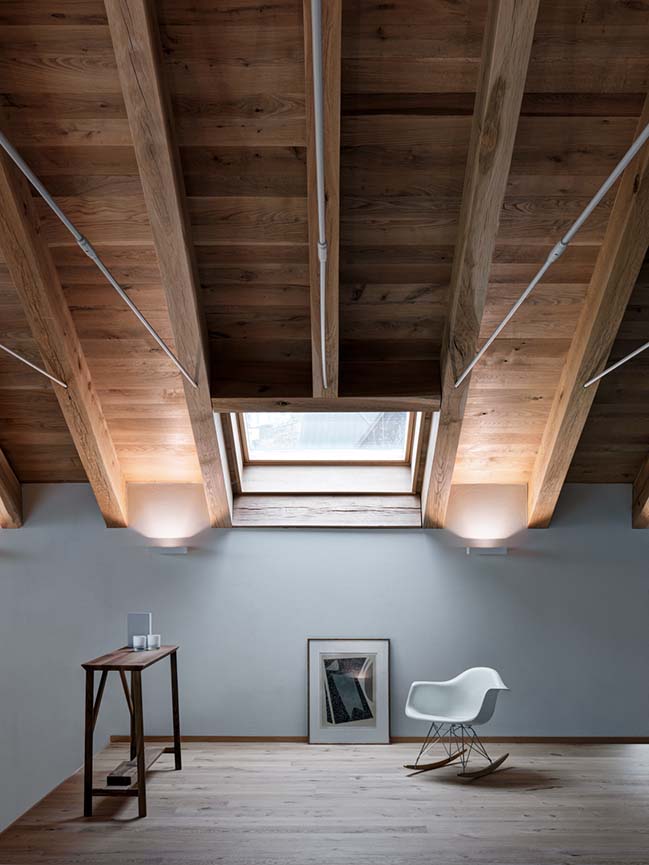 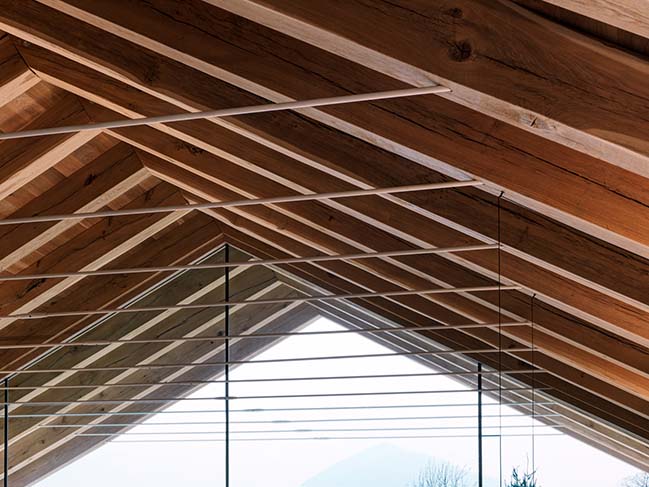 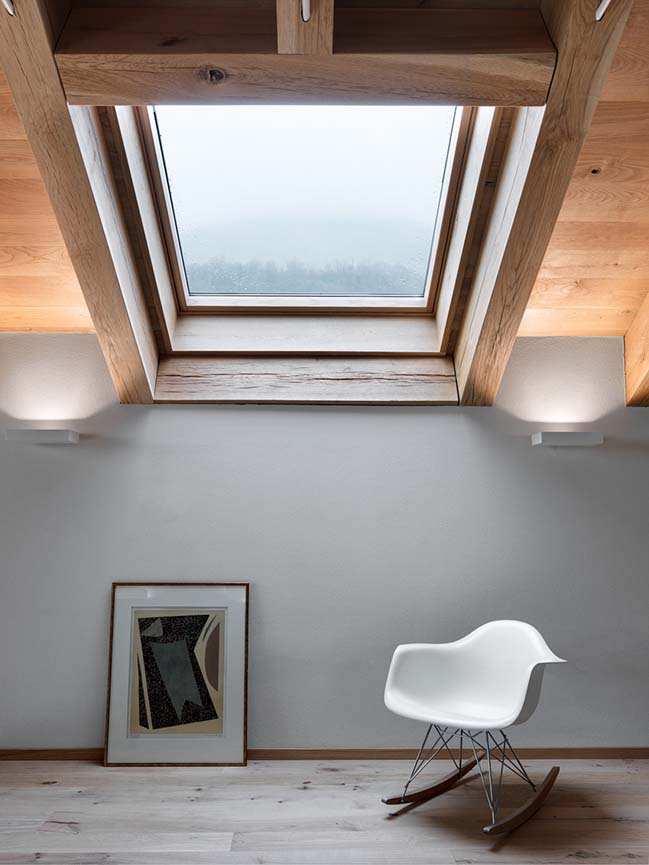 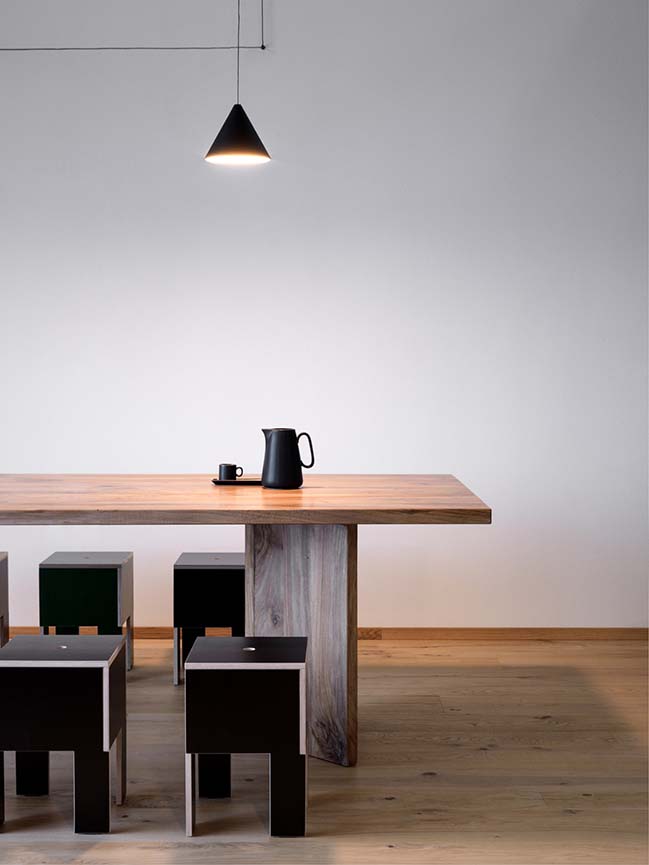 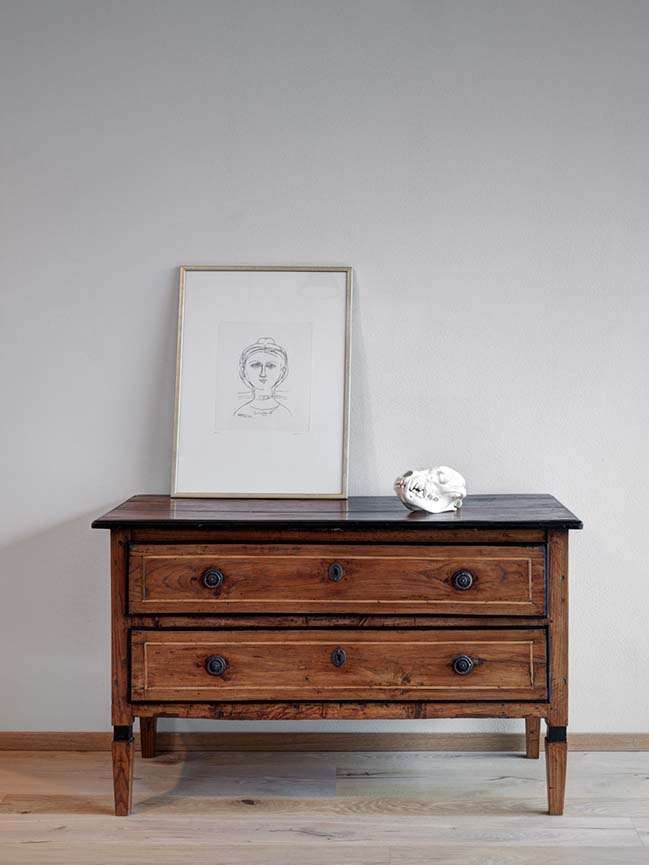 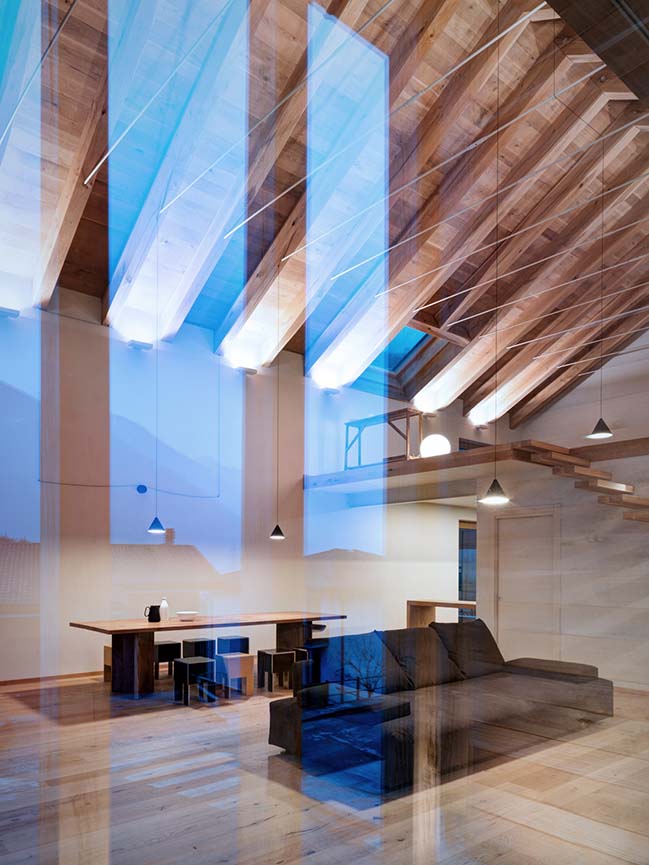 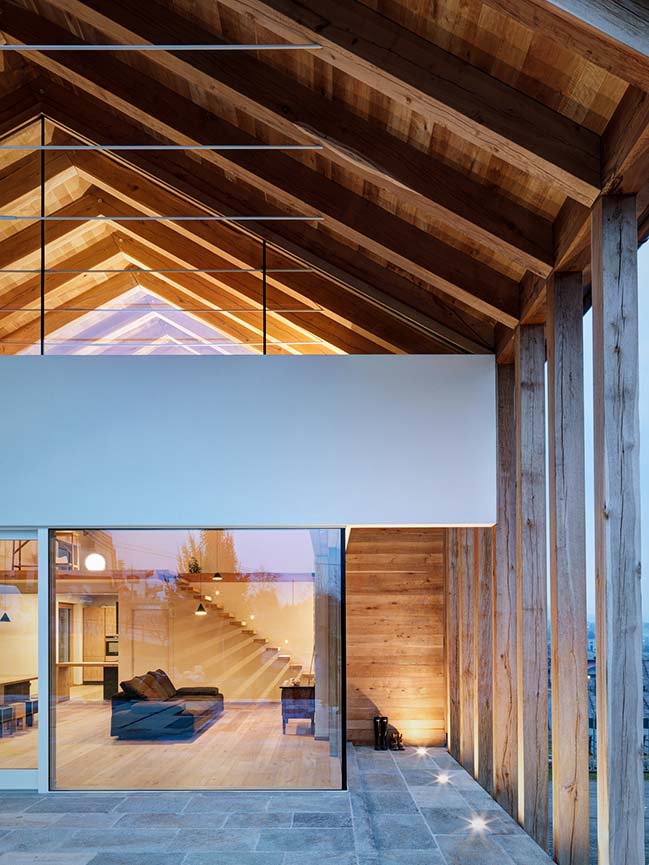 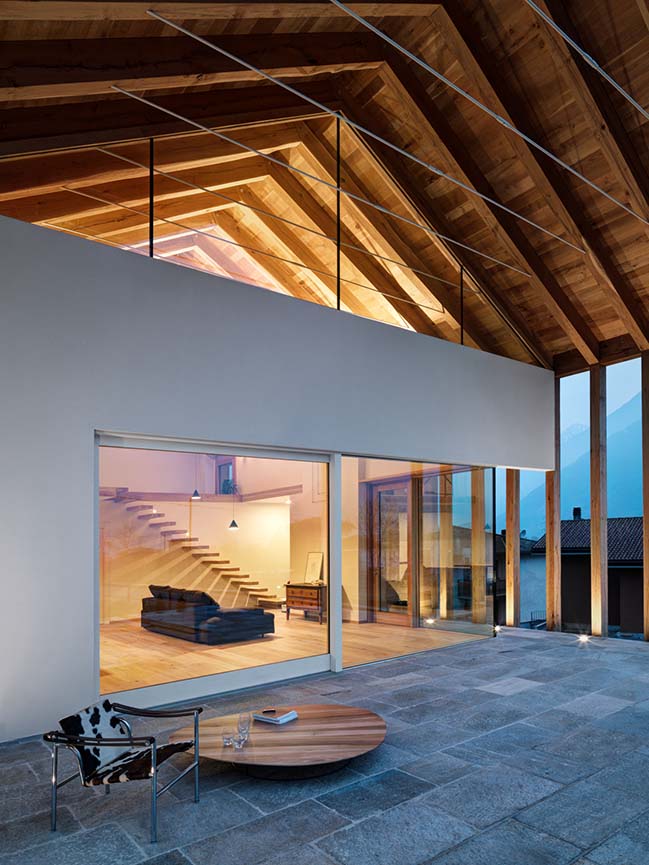 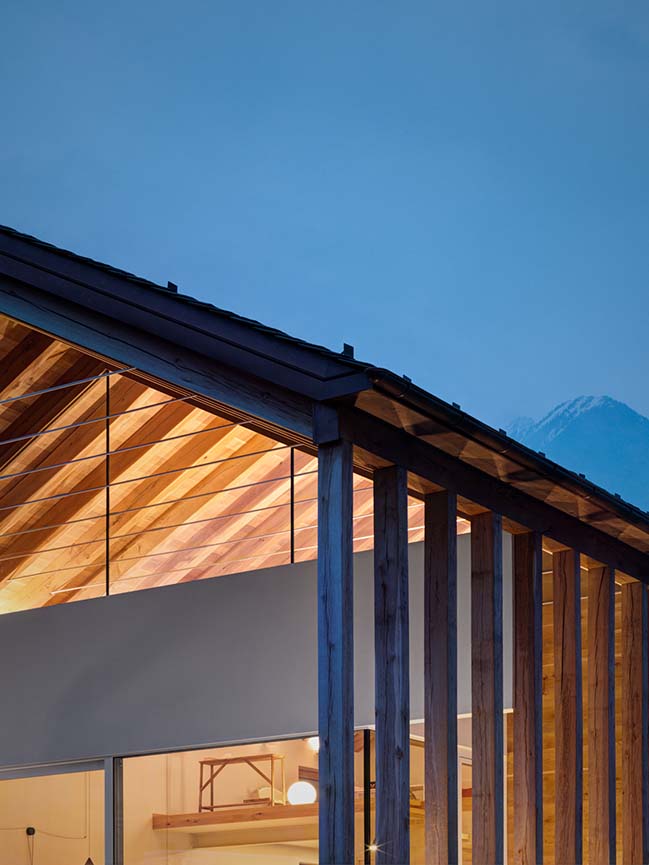 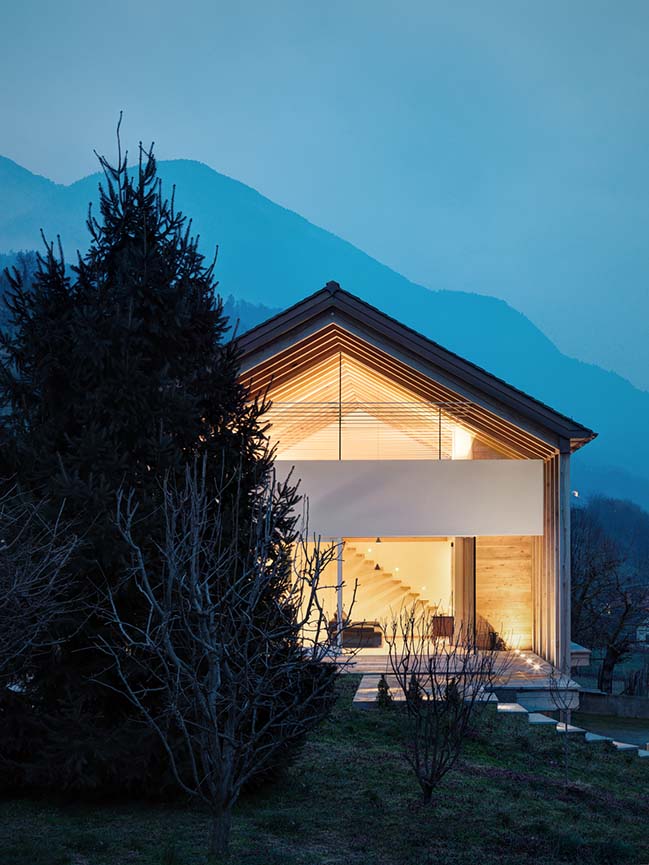 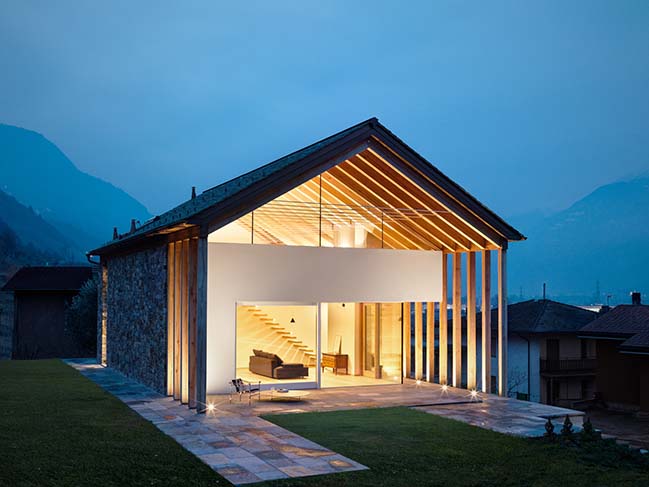 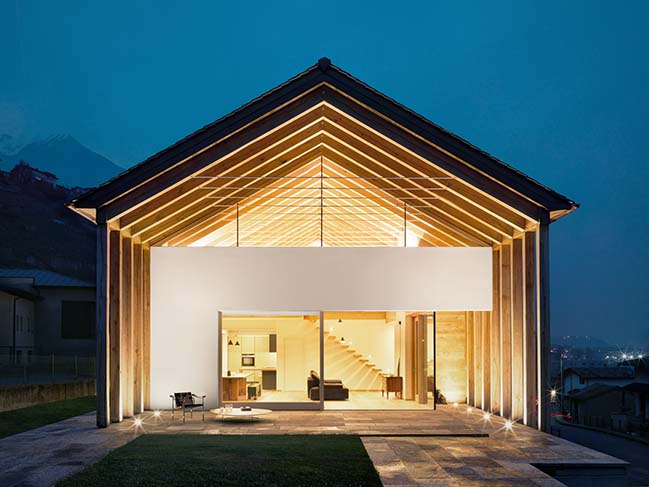 > A-Type Penthouse in Rome by LAD
> Villas Parco Campana by ANK architects
> Estate in Etruria: postcard from an interior by NA3 Architetti

03 / 22 / 2018 Designed by Rocco Borromini. The project stems from the need to create a home for a young couple on the Rhaetian side of the Valtellina Alps