Completed by Atelier Pelpell. The project is the global design of a flat that was bought bare concrete, from a former garage turned into apartments. 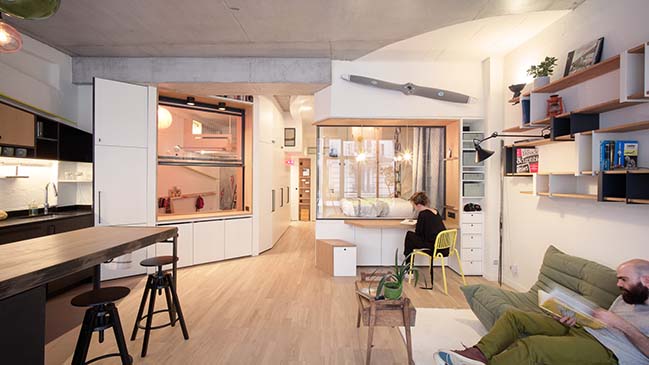 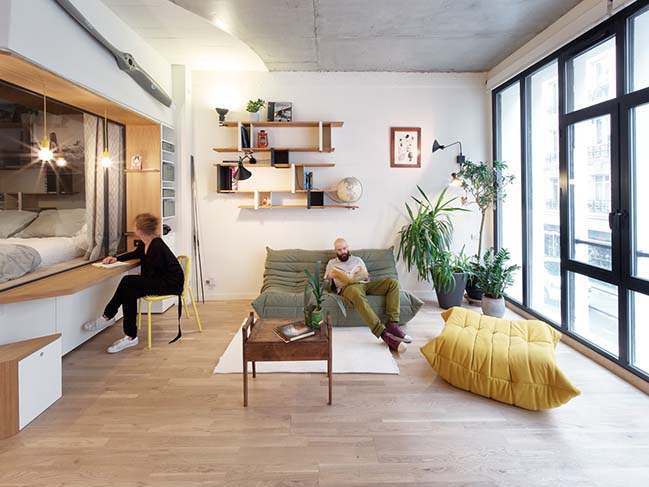 From the architect: Clients are a family with 2 children, wanting to live in the flat for a short term (±5 years). They asked Atelier Pelpell to do first drawings before buying it, to make sure something nice could came out of this atypical space. 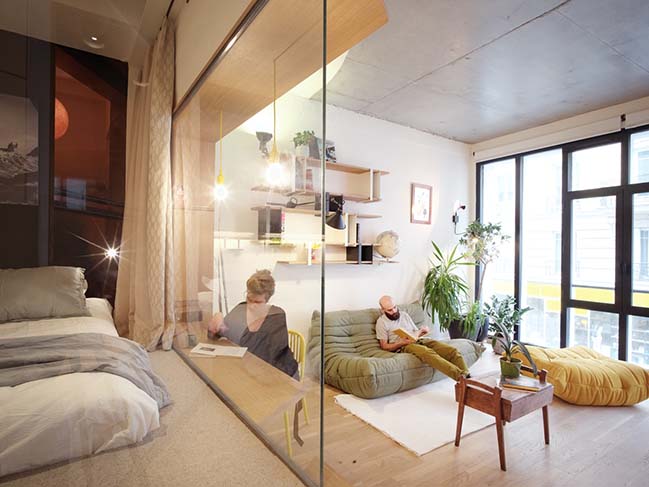 With only one window (which is the whole façade), the rooms are designed oriented to this natural light, with glass walls. Architectural elements from the former garage (beams, ramp, vaults) have been kept as both testimony and graphic lines of the apartment. 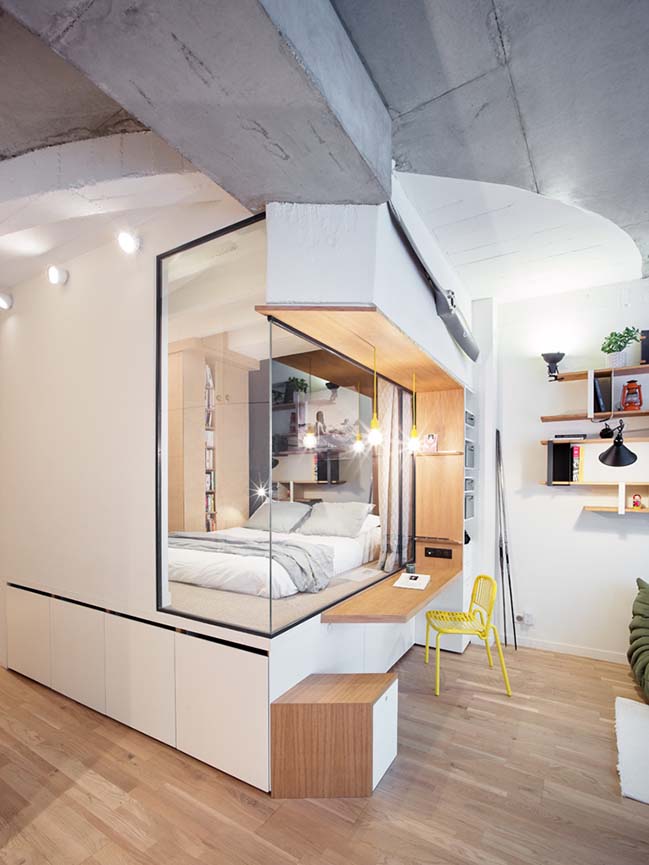 The rooms are designed mixing architecture and on-measure furniture to allow enjoying the space both horizontally and vertically, in a playful way.  A majority of the interior design has been created and built by Paris 11th district craftsmen. 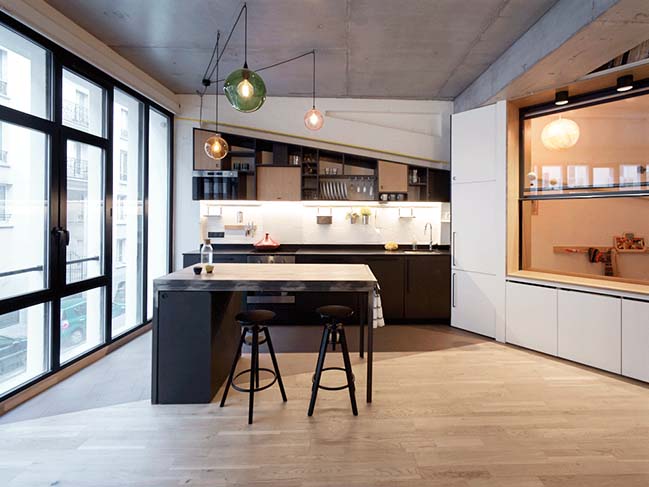 Eventually, as a typical « big city » issue, in this 66sqm flat, almost 70 closets have beenbuilt, hidden in the thickness of walls, floors, ceilings, to make it as functional as possible. 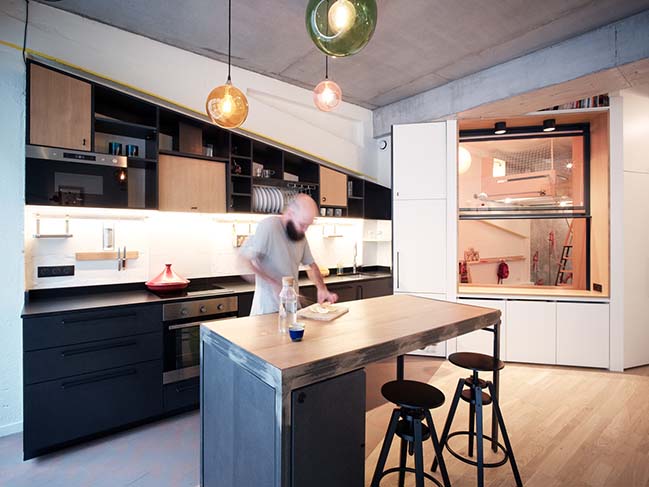 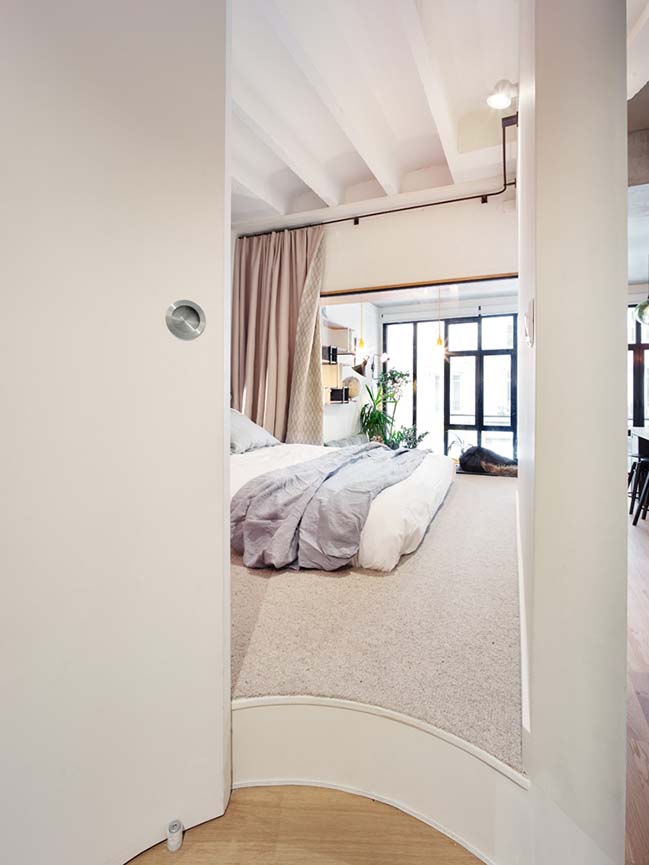 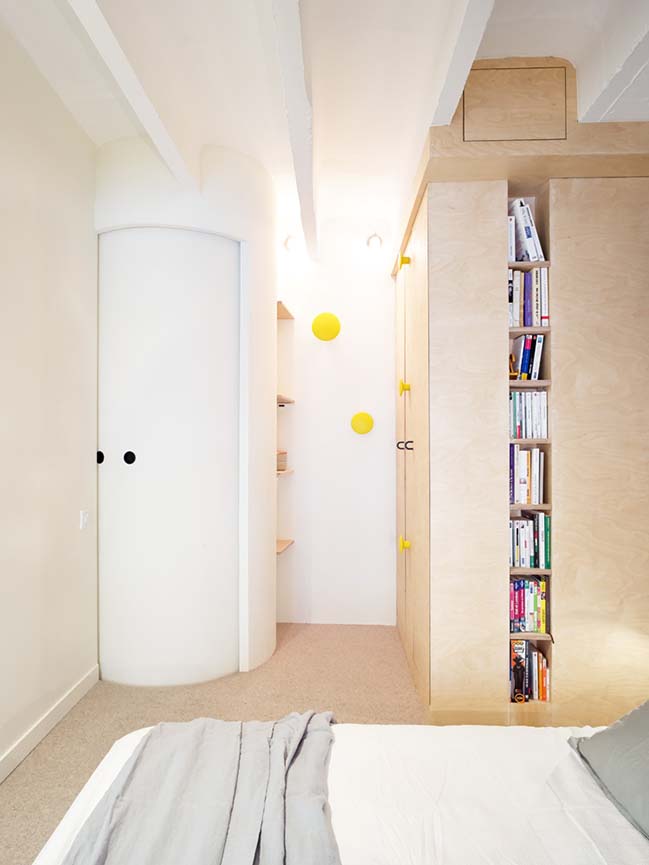 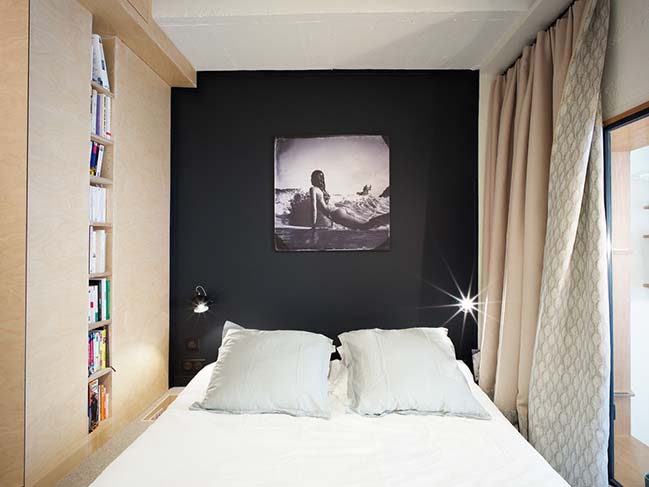 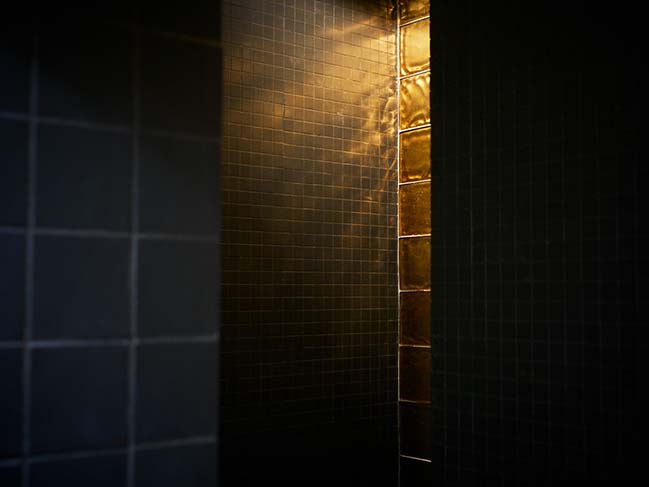 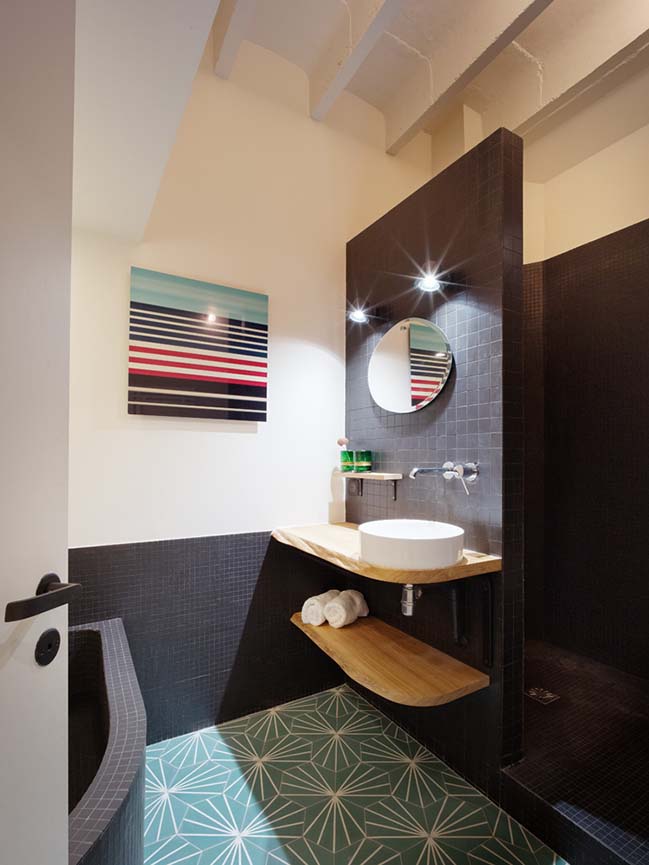 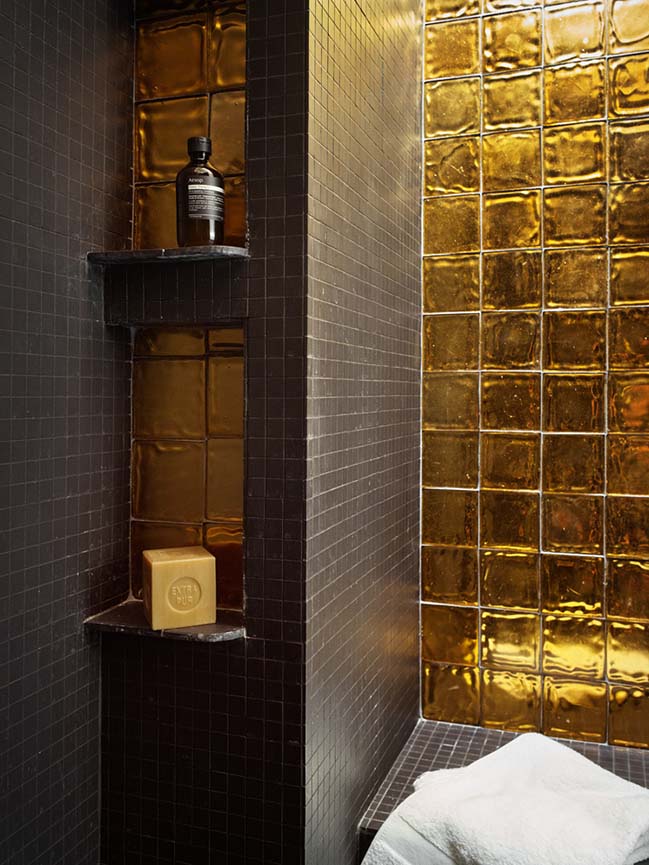 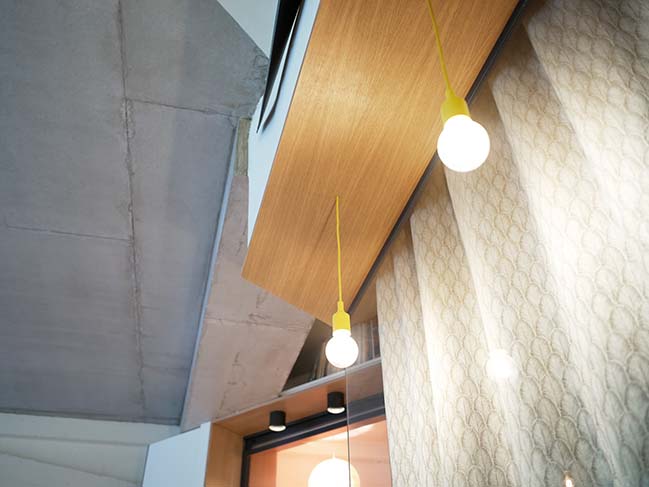 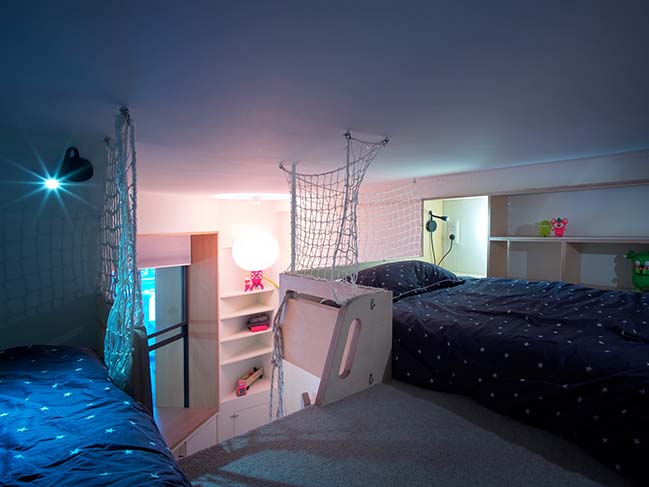 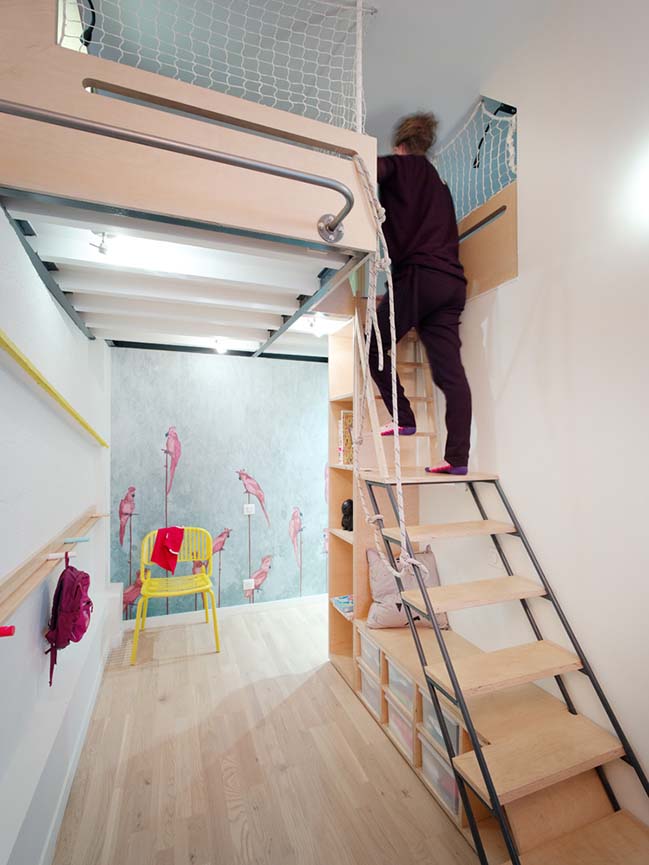 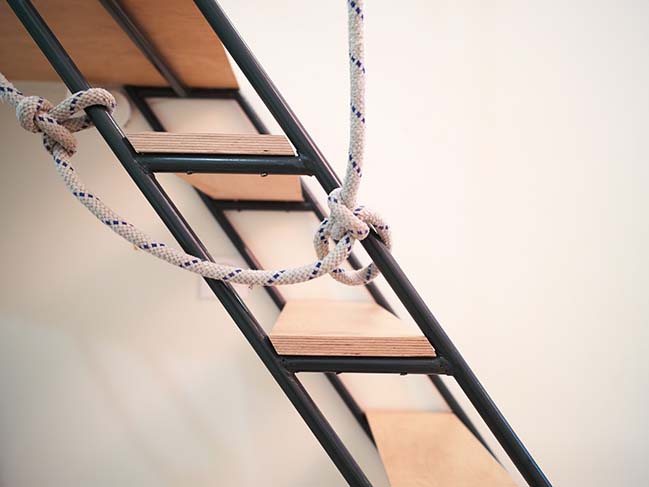 04 / 04 / 2018 Completed by Atelier Pelpell. The project is the global design of a flat that was bought bare concrete, from a former garage turned into apartments