Designed on a steep site, located just below the summit of Bellevue Hill, this substantial residence has been endowed with an eagle’s nest panorama. 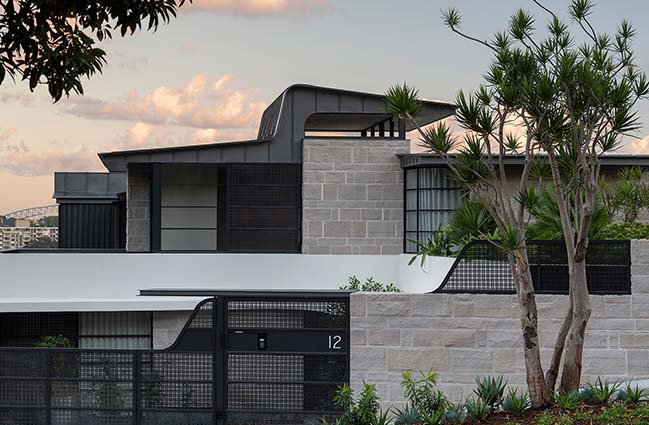 From the architect: The harbour is Sydney’s stage set and here on this hill we sit in the dress circle of this theatrical city, the stalls, with their restricted views, lie below in the flat and crowded areas of the town. 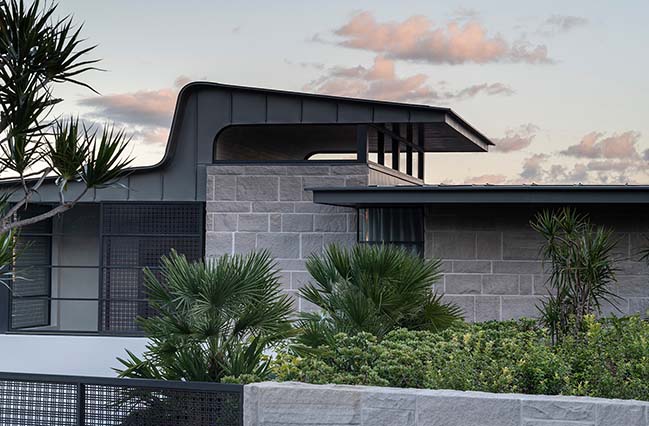 Sydney belongs to a family of towns, nestled on a rocky escarpment that rises over a water basin, much like Lisbon in Portugal, Lausanne in Switzerland and Rio de Janeiro in Brazil.  While the ancient Romans preferred flat land, where their rational street grids could be laid out undisturbed by changes in topography, the ancient Greeks, on the other hand, settled on high ground that provided great vistas and created more irregular and naturalistic street layouts. 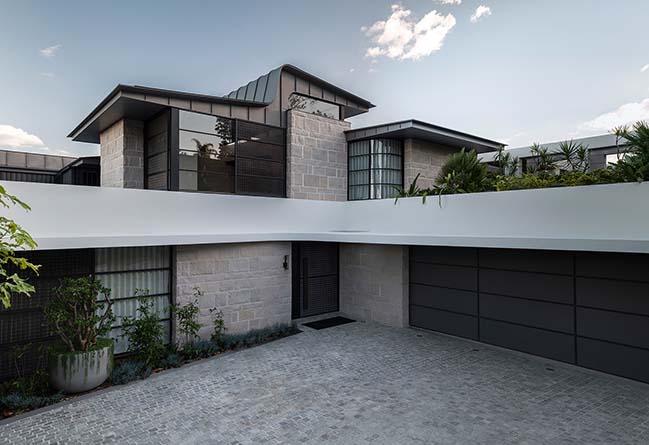 Sydney’s early European settlement was influenced by romanticism and its passion for the picturesque landscape.  Once Sydney town’s commercial heart was established in the flattest part of Port Jackson Harbour, the wealthiest settlers moved to the hills east of the town; to the suburbs of Potts Point, Darling Point, Point Piper and Bellevue Hill, where they fell quickly in love with their views of the harbour and its picturesque shores.  This love quickly became a possessive passion, and then a commodity.  These views are sold by the square metre, and the Councils and the courts spend the majority of their time on residential matters arbitrating on disputes over views. 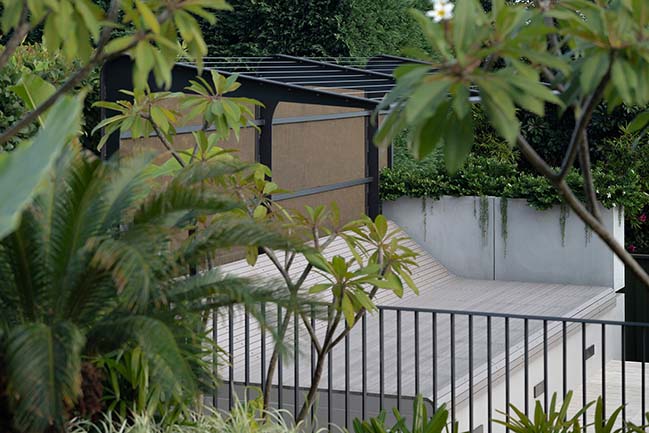 In Sydney, views have become an almost pathological obsession and when considering views one should recall a saying paraphrased from Proust: ‘Let us leave pretty views to those with no imagination’. 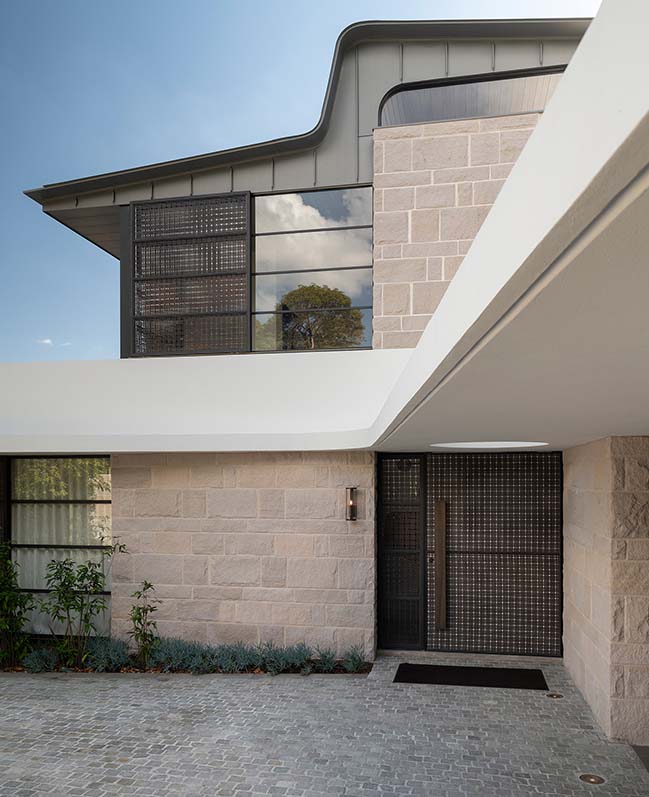 YOU MAY ALSO LIKE: Peppertree Villa by Luigi Rosselli Architects 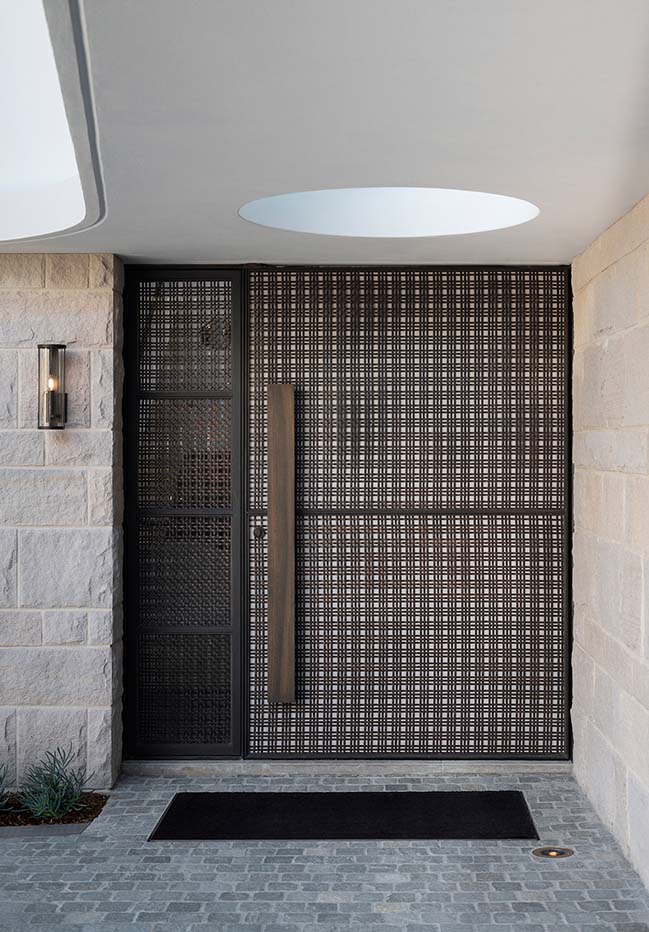 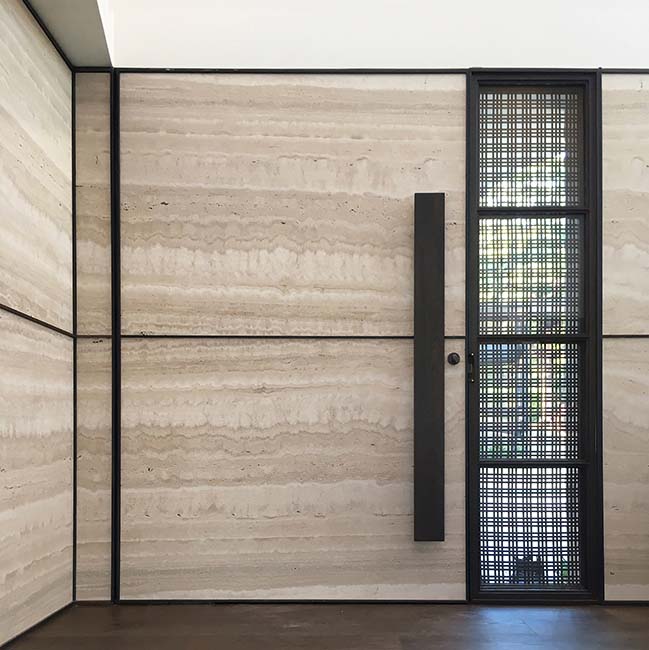 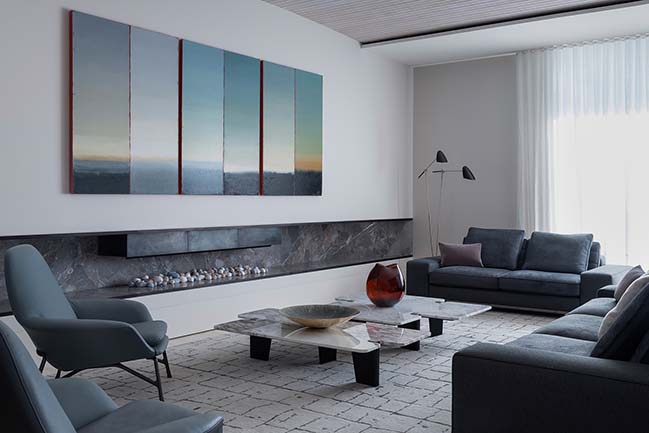 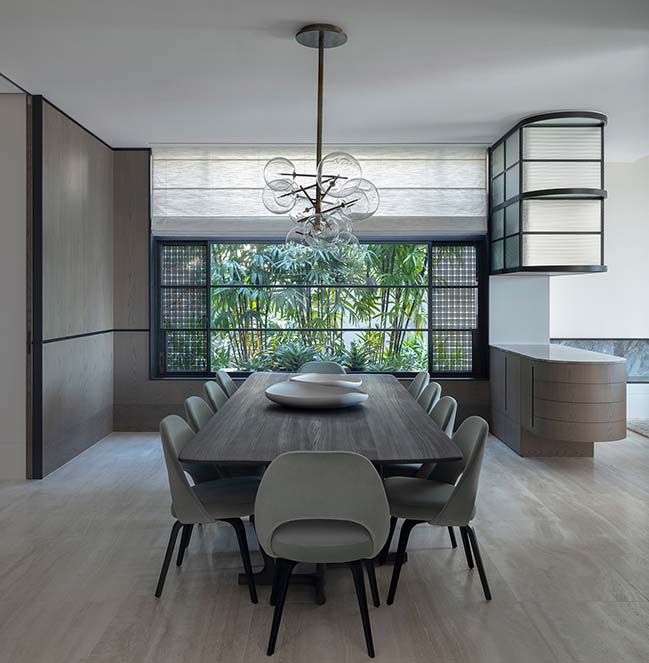 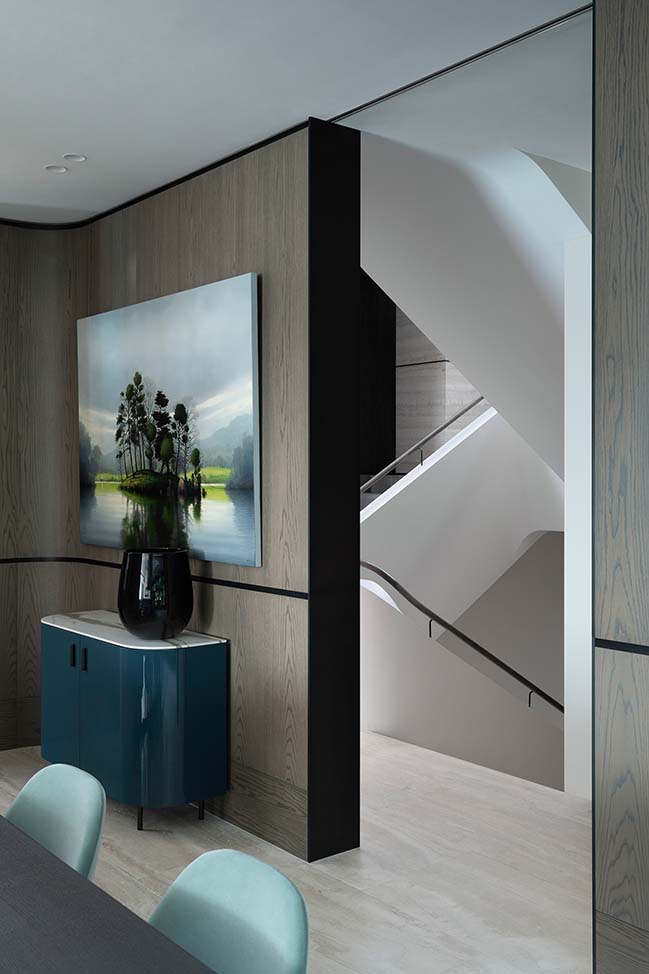 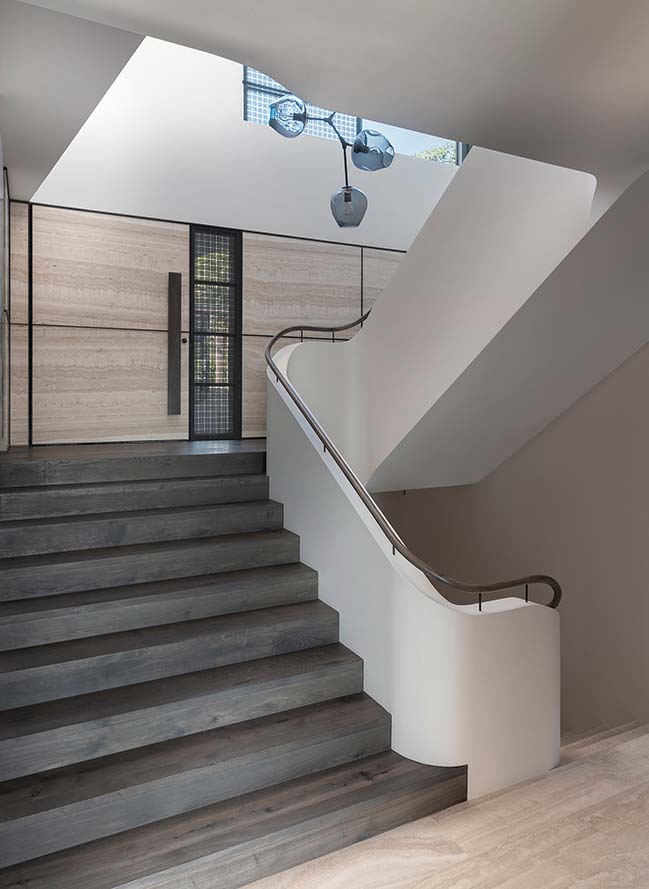 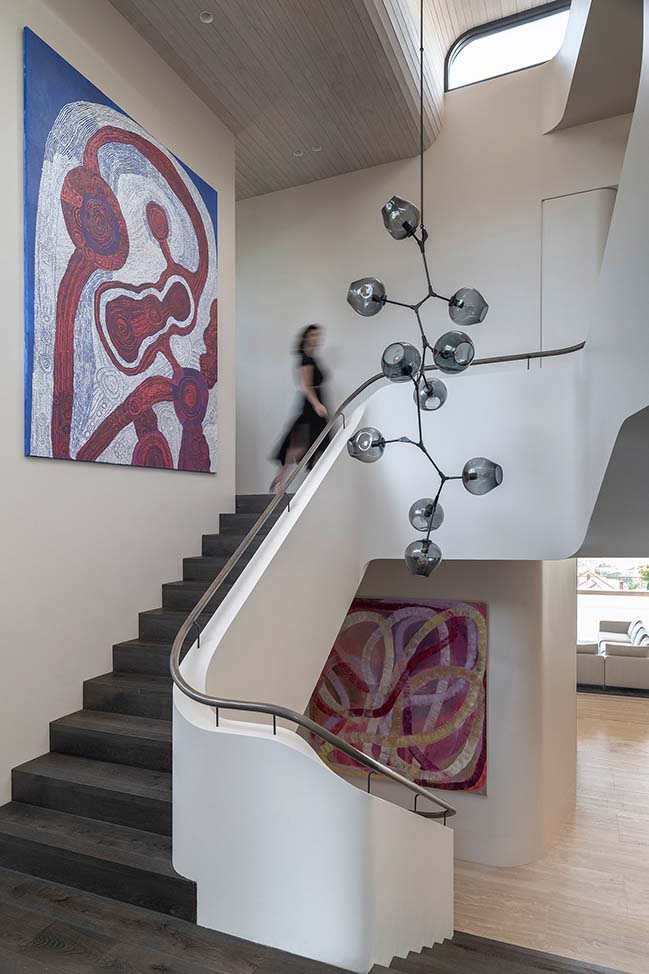 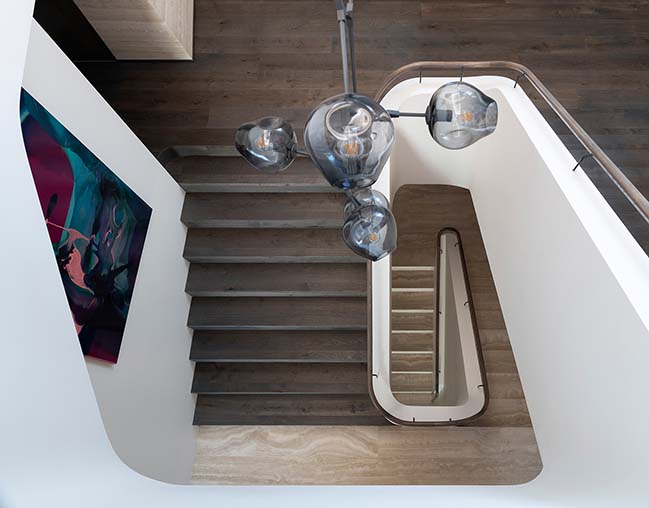 YOU MAY ALSO LIKE: Homage to Oscar by Luigi Rosselli Architects 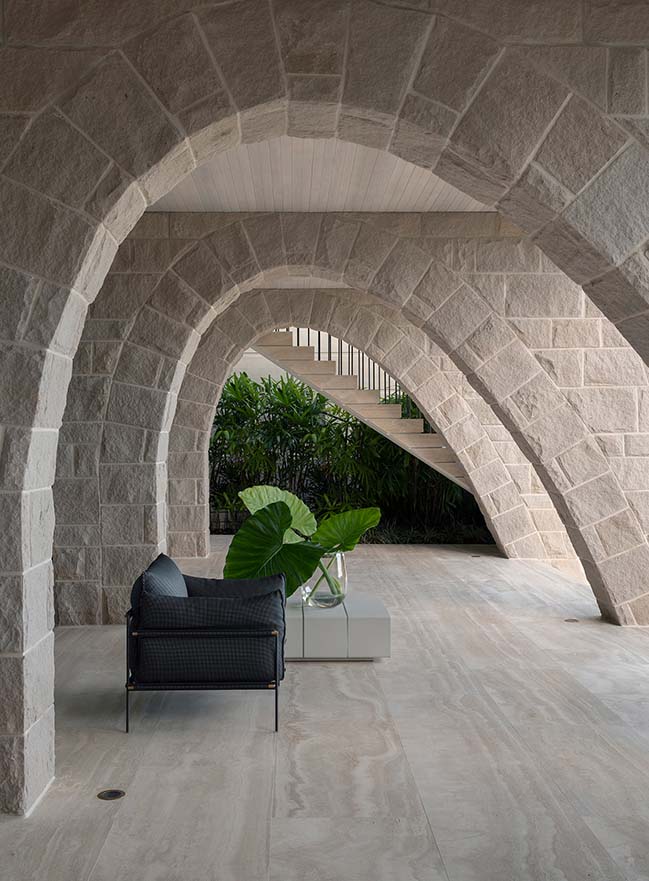 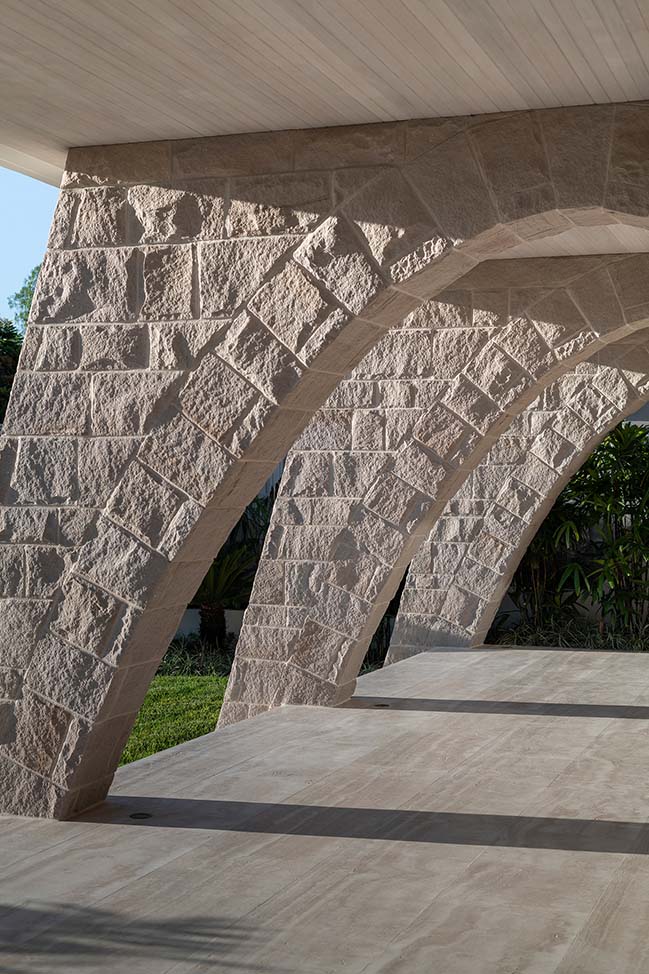 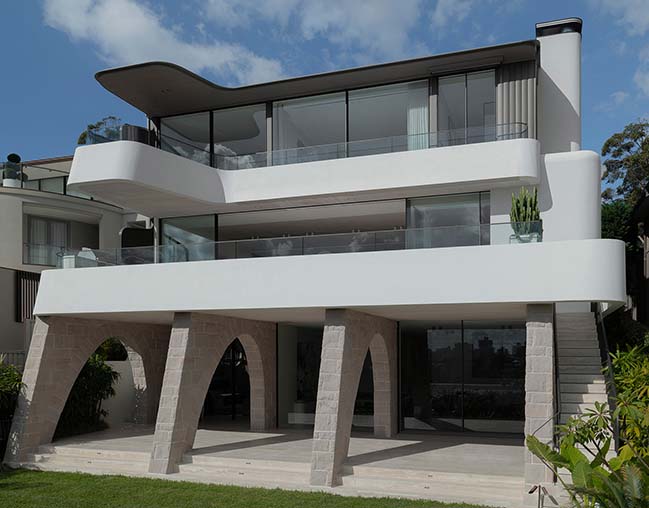 YOU MAY ALSO LIKE: Earth, Wind and Fire by Luigi Rosselli Architects 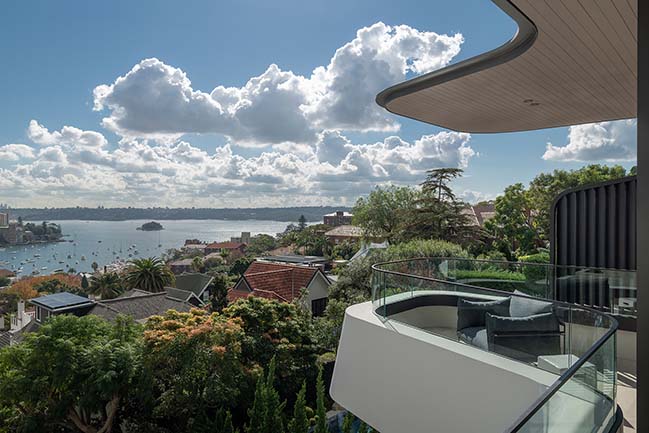 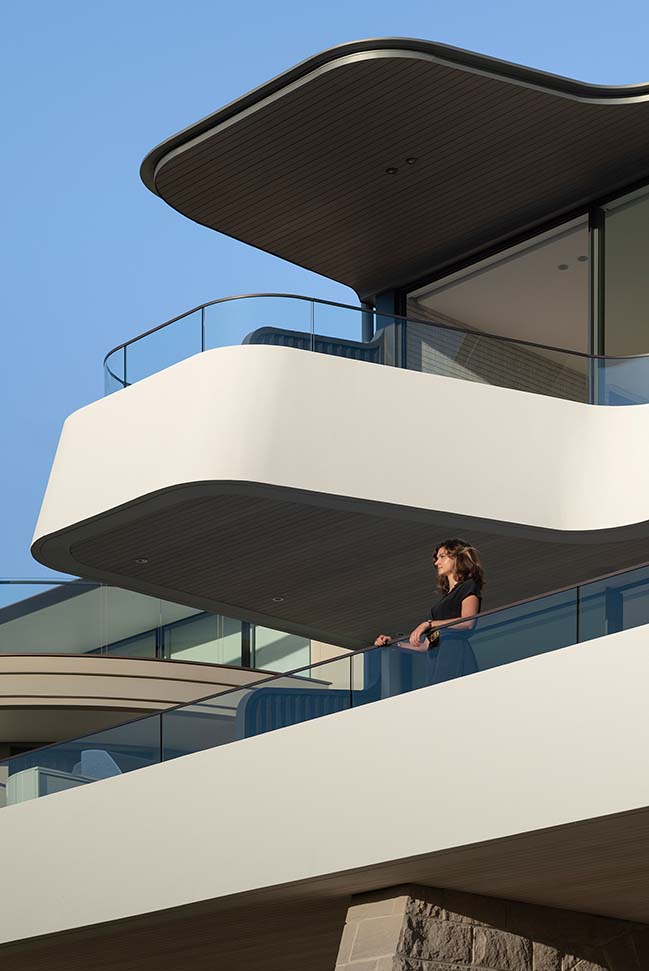 07 / 18 / 2019 Designed on a steep site, located just below the summit of Bellevue Hill, this substantial residence has been endowed with an eagle’s nest panorama