Four small tower houses are grouped around a common centre as one building. The house becomes a village: on the ground floor the small houses provide a place for communication and community. On the top floor a bridge connects the individual houses and their rooms, ensuring retreat and concentration. The lofty tower house leads to the terrace. The building is striking for its ambiguous play with the scale and with interior and exterior, which is reflected in the choice of material.  Heights and depths, wide and narrow spaces and the resulting outlooks and interplay of light define the house’s character and atmospheres. 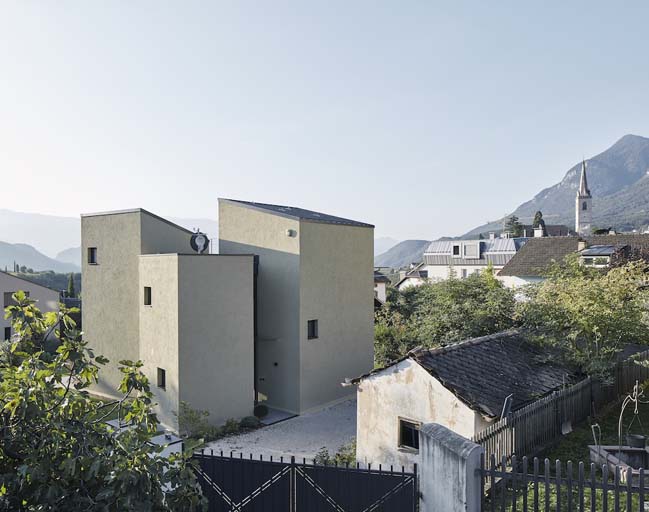 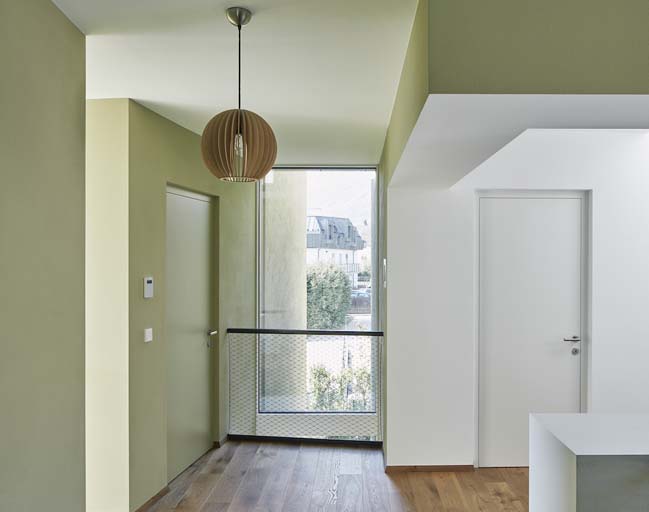 Project's description: In close proximity to the parental house and right next to the sister’s home, the younger brother also wanted to fulfill the dream of building his own four walls. In the end, however, a whole lot more than just four walls developed. feld72 had already realised designs for the two sisters, thereby having earned the full trust of the client and his family. Through their courage, it was possible to realise a most unusual concept that, despite the small size of the plot, met the task with an idea as unconventional as it was effective. 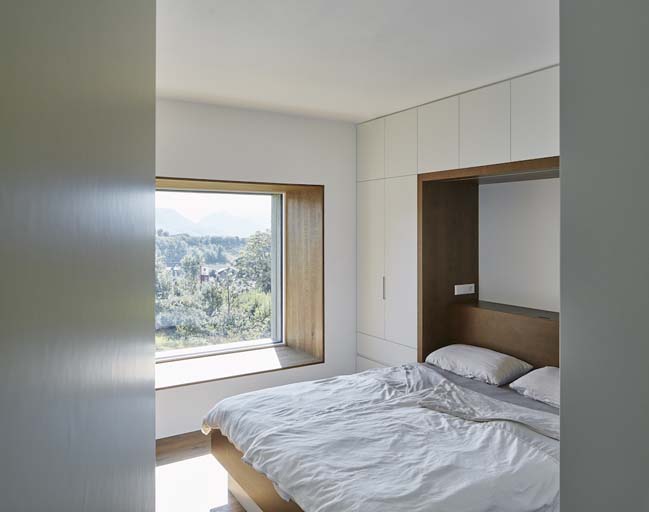 Four tower-like volumes, which to the outside appear relatively homogenous whilst distinctly displaying their varying functional characters to the inside, are arranged around a central piazza. For instance, the so-called water tower houses the wet rooms, another tower accommodates the staircase and, in two further towers, a number of bedrooms as well as the living spaces are located. 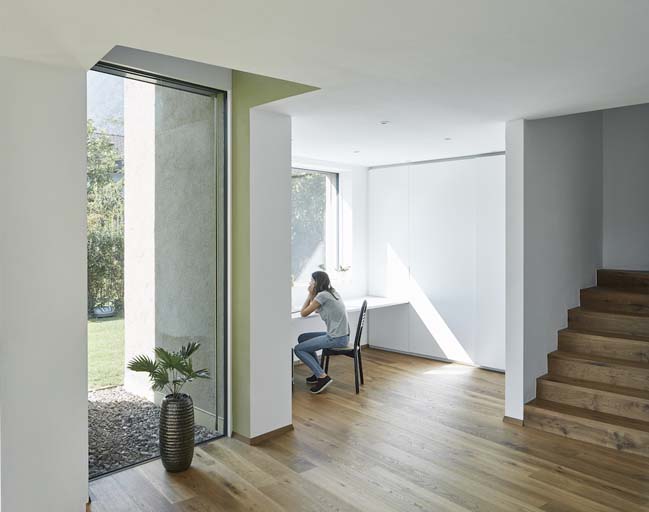 Bridge-like galleries create connecting paths between the individual buildings, in which room heights vary depending on the different functions, in this way allowing for exciting spatial situations. 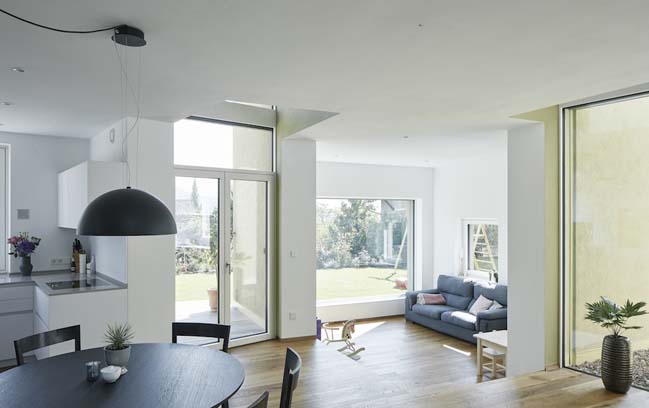 As is the case in a village, actual life in house D also happens in and around the buildings. One meets in the central piazza where the living spaces of the ground floor fluidly join together. 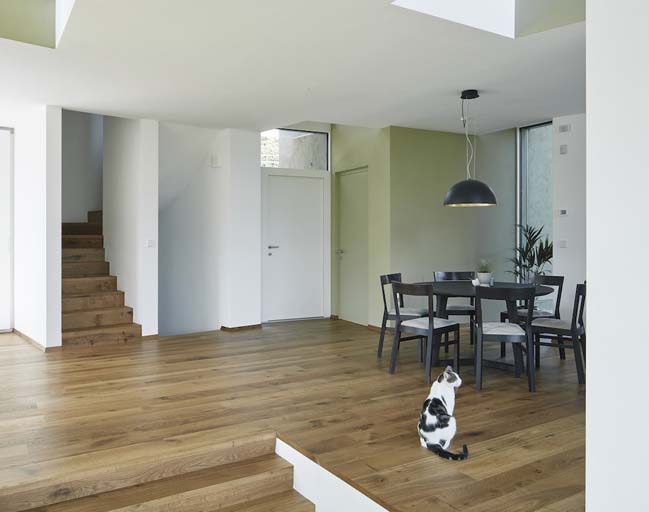 Voids allow for horizontal and vertical visual relationships right across the buildings, whereby the rooms’ intimacy is designed to increase vertically. 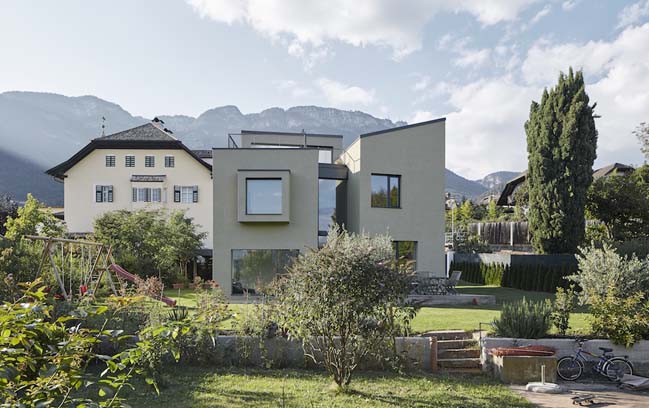 Via glassed fugues in the buildings, one is able to enjoy an almost 360° round view and daylight from all directions from the central living space. 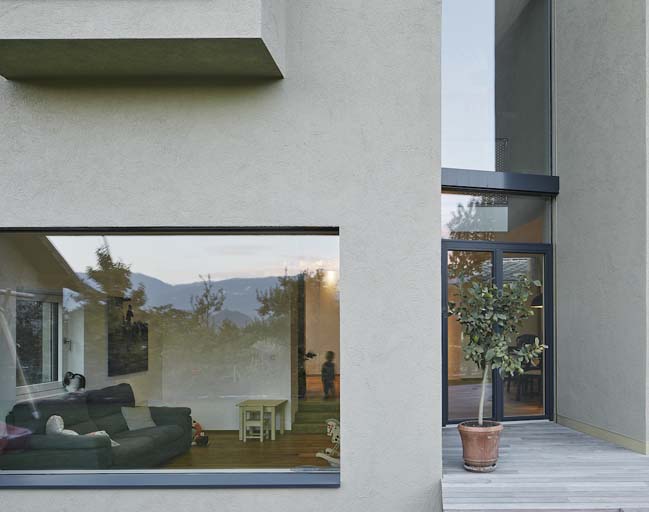 Inside and outside melt together, particularly where the pistachio tone of the facades, inspired by their natural surroundings, continues into the inside. Where exterior walls transform into interior ones, they at times develop into furnishings and other building features which complete the contour of the towers. 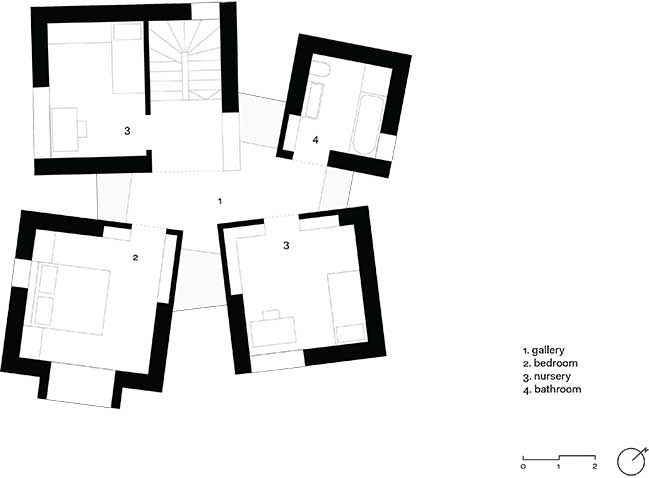 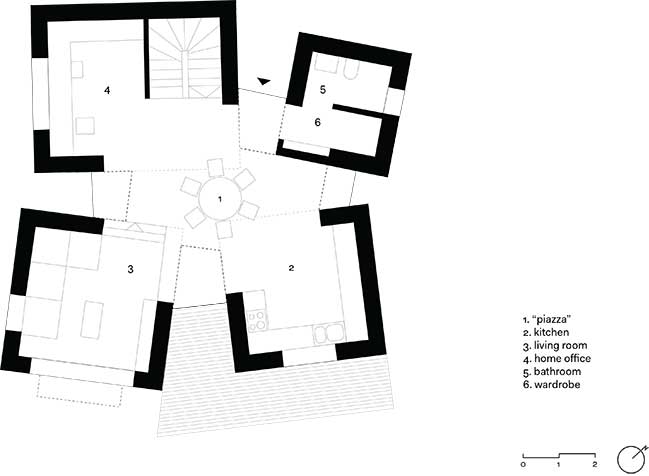 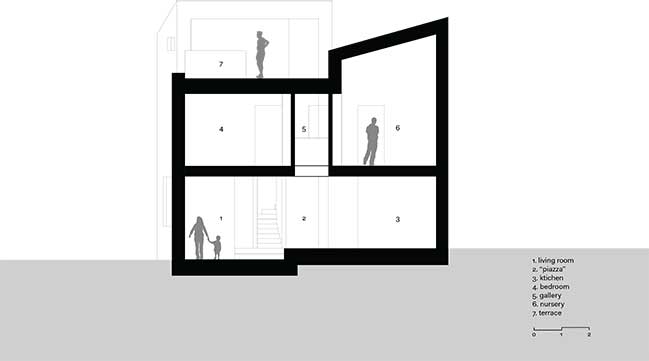 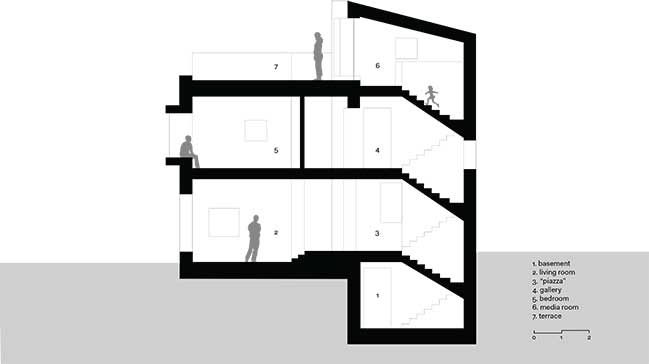 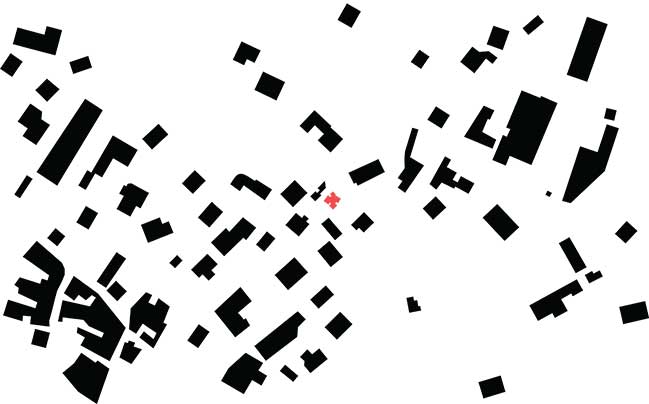 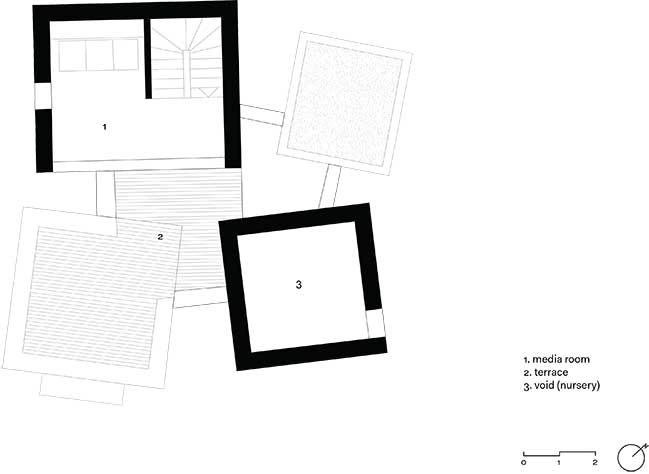 12 / 01 / 2017 Four small tower houses are grouped around a common centre as one building. The house becomes a village 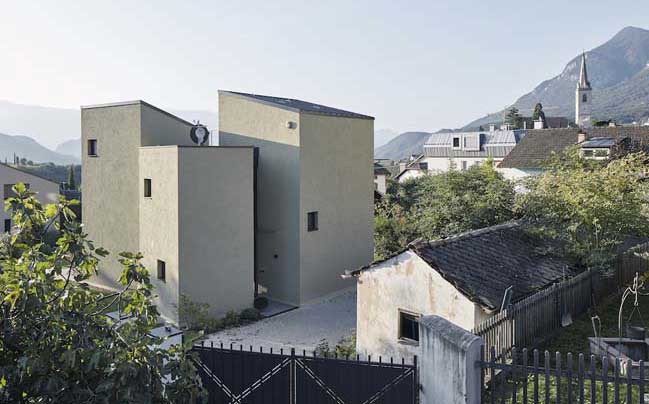