MVRDV, together with local neighbourhood organisations, has presented a plan to the city of The Hague which proposes to reopen the city’s 17th-century canals, which were filled-in during the 20th century. 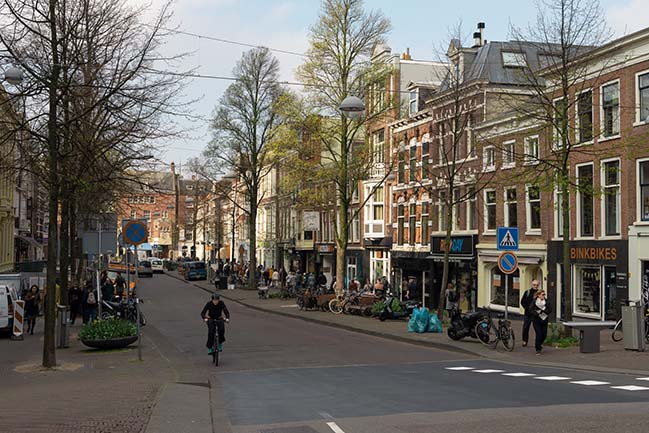 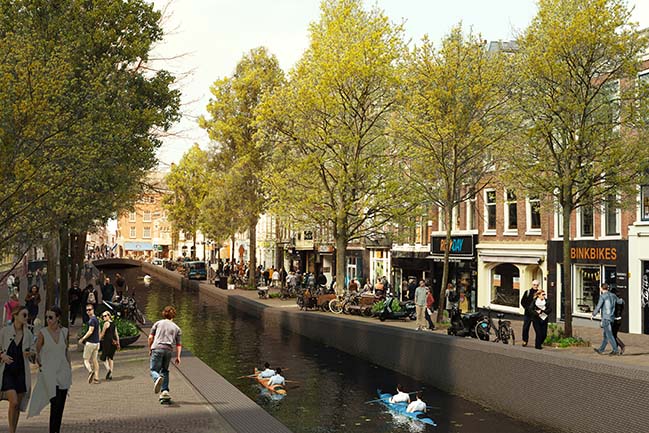 From the architect: The neighbourhood participation project aims to revive a run-down part of the historic centre of the government seat of the Netherlands. The vision, produced by MVRDV as a pro-bono project in collaboration with the various residents’ collectives, aims to improve the sustainability, economy, traffic, and water management of the area. 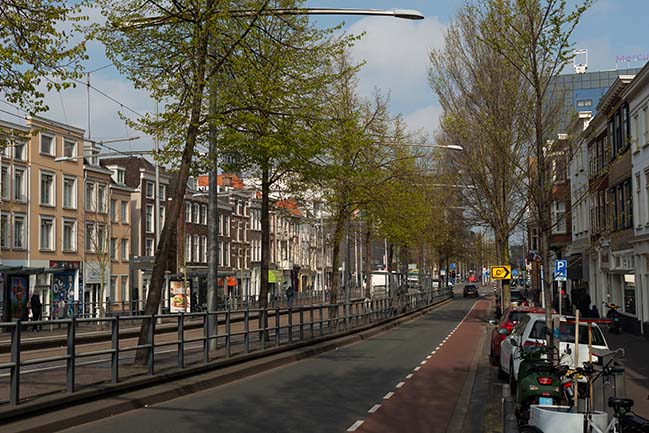 In contrast to other Dutch cities, trade relying on the city’s central canal network was never the main focus of The Hague, which was founded as a government centre. Consequently many of the canals were filled between 1910 and 1970 and, in the 1970s, part of the neighbourhood was almost demolished to make way for a motorway. Citizens took action and stopped the demolition process, but not before significant damage was done to the once-pristine canal area. 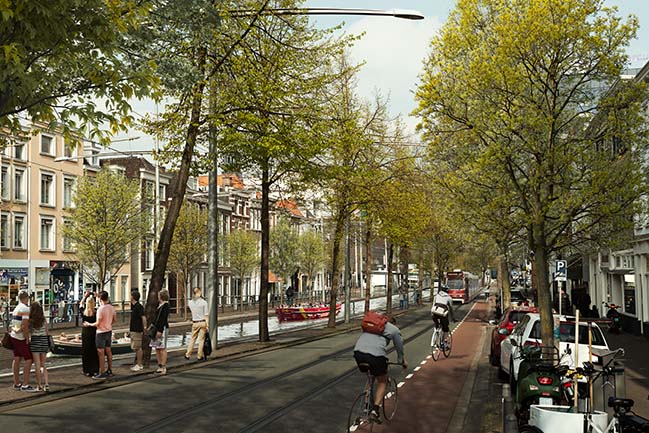 Recent years have seen a revival in community action. In 2018, a neighbourhood initiative demanded the closure of two red light district streets, which the city agreed upon and, boosted by this success, the inhabitants set the next goal: to reopen the lost canals and boost the area both ecologically and economically. 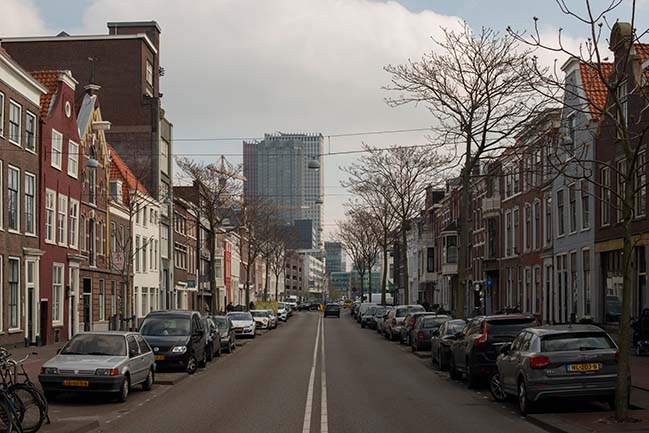 One of the driving forces behind the vision is local resident Shireen Poyck, who united the various neighbourhood initiatives and stakeholders in the ‘Grachten Open’ (Canals Open) initiative and, in 2018, called on her neighbour, MVRDV Partner Jan Knikker, to participate. MVRDV drew up a vision to reopen the canals, building upon the work of the inhabitants. 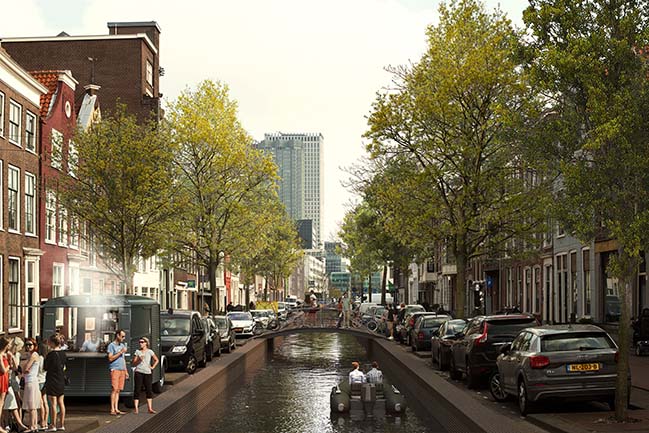 Based on a study of the historical canals by local firm BAU architects, MVRDV envisions the restoration of the main canals, and has drawn up plans for the minor canals which are either dead-ends or lost due to underground works or buildings. 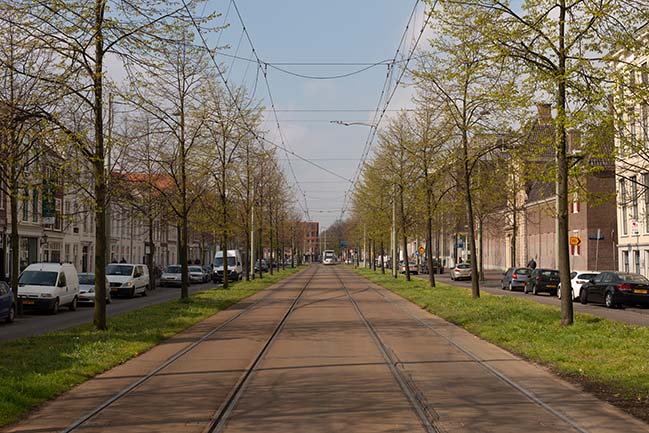 Each of these canal stubs needs to function as an urban activator, with proposals including swimming canals, koi carp canals, and even a surf canal which would actively support the ambition of The Hague as a sport city. MVRDV’s vision combines the canals with the ‘Spinoza Power 2.0’ vision, which was created by the local community and includes a gastronomy route, the removal and renovation of the red light district streets, and a new market hall which replaces an underperforming parking garage. 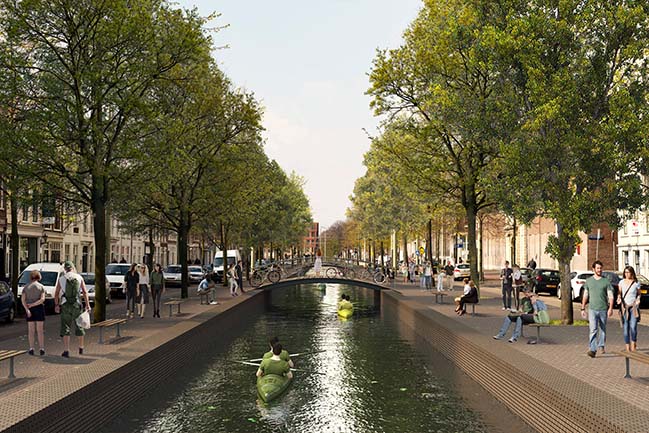 “All over the world, neighbourhoods like the old centre of The Hague form the backbone of tourism and provide an identity to a city, but in The Hague somehow this ancient and incredibly charming area was forgotten,” says Winy Maas, architect and co-founder of MVRDV. “The area offers the unique chance for an urban regeneration that will improve the local economy and make a leap forward in the city’s energy transition.” 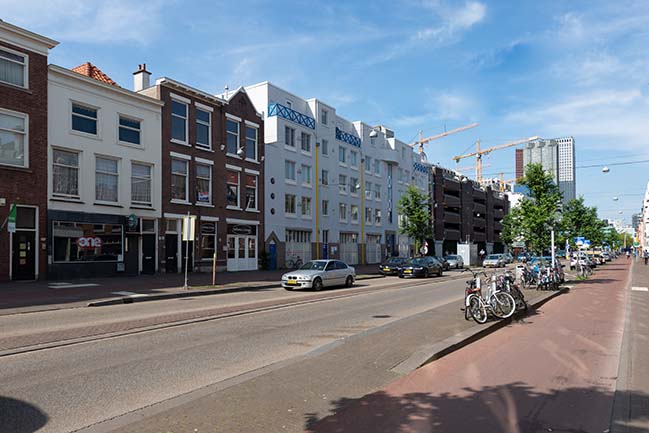 Special attention has been given to challenges such as tram lines and other infrastructure erected on the spaces which used to be canals. Like many other Dutch cities, The Hague already has some experience in bringing back its canals, restoring a small piece of canal and transforming parking space into a combination of parking, open water, and gastronomy. But overspending on this project caused by a complex underground car-park encouraged MVRDV and the local community to keep their plans simple and realistic. 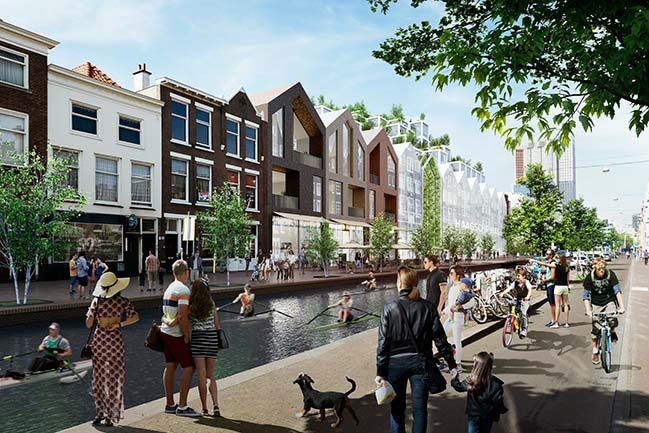 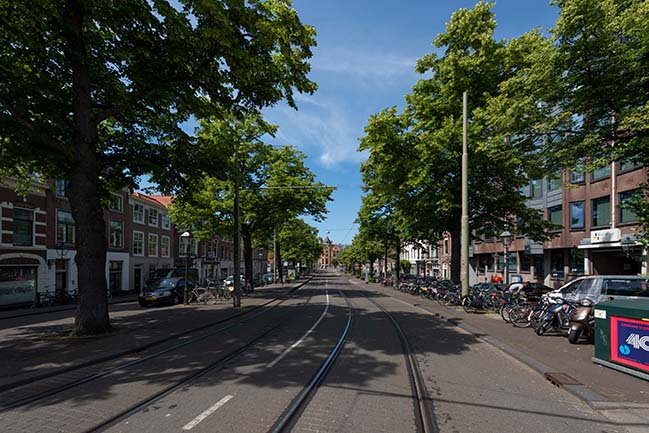 The Open Canal Vision is the third project in which MVRDV has participated on a non-profit basis with local communities. Also ongoing are a project to renovate an open sewer in New Delhi and an energy transition project for the Hoogkwartier in Rotterdam which also includes a mobility challenge. 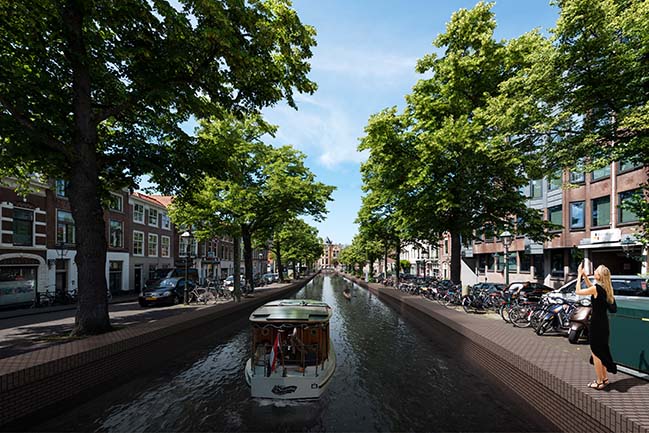 YOU MAY ALSO LIKE: MVRDV complete a creative industries office block in Amsterdam 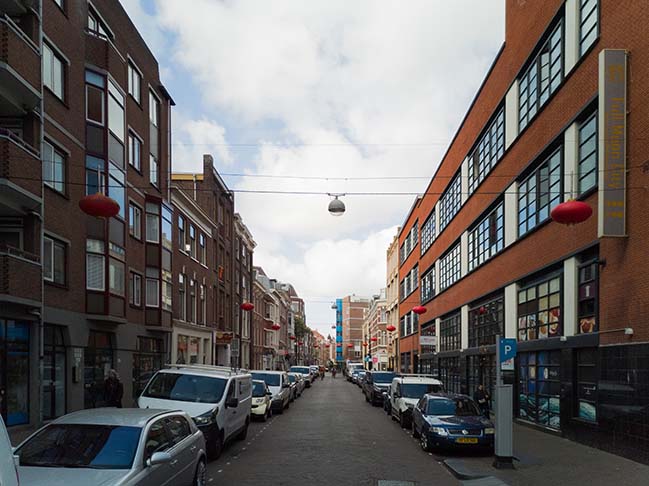 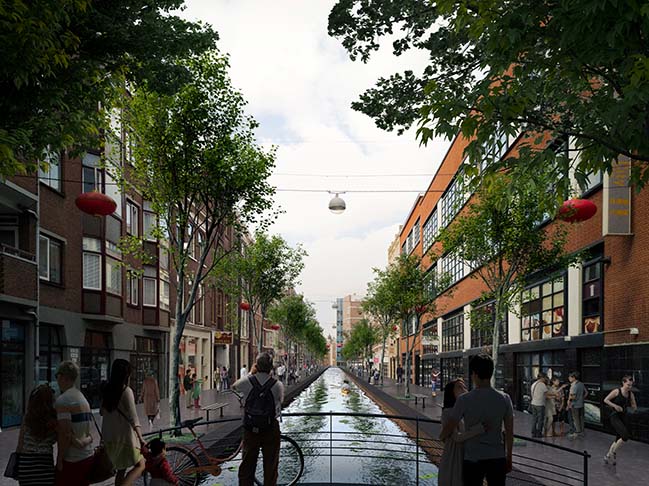 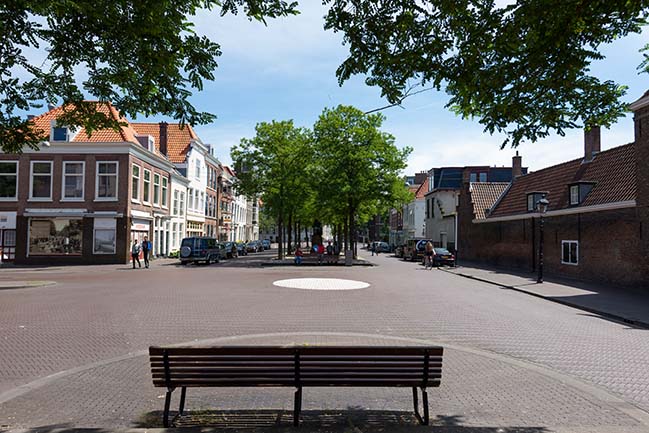 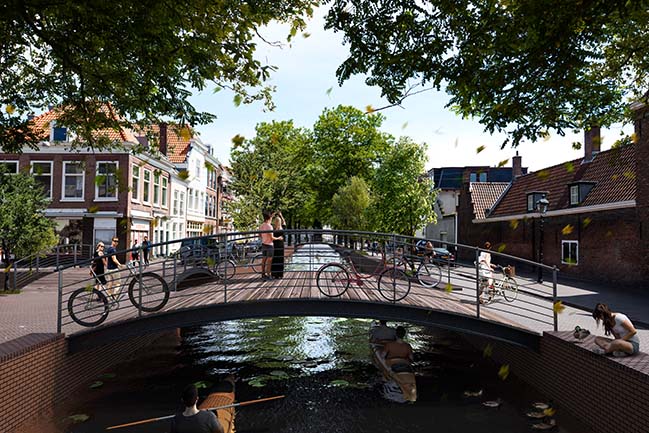 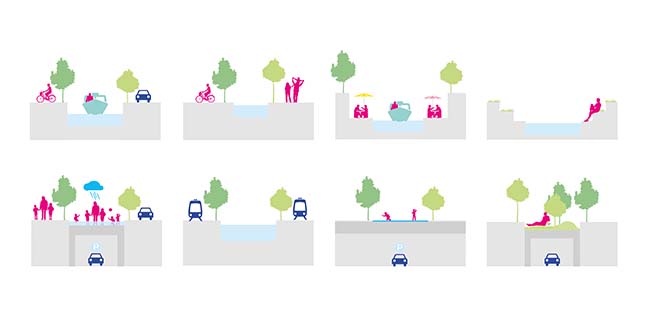 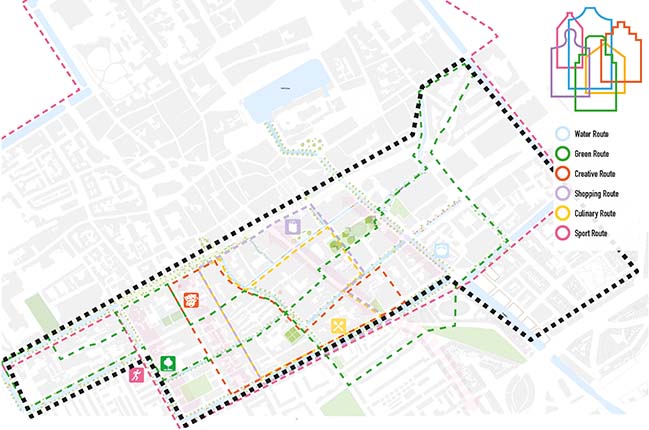 09 / 30 / 2019 MVRDV, together with local neighbourhood organisations, has presented a plan to the city of The Hague which proposes to reopen the city's 17th-century canals...