Completed by R79. This modern home located in a coast of Yucatán, it’s an exercise that has many conditioning factors, such as a lot with a small front located in the second row of houses in front of the sea, and a nourished vegetation represented by palm trees of diverse ages and heights. 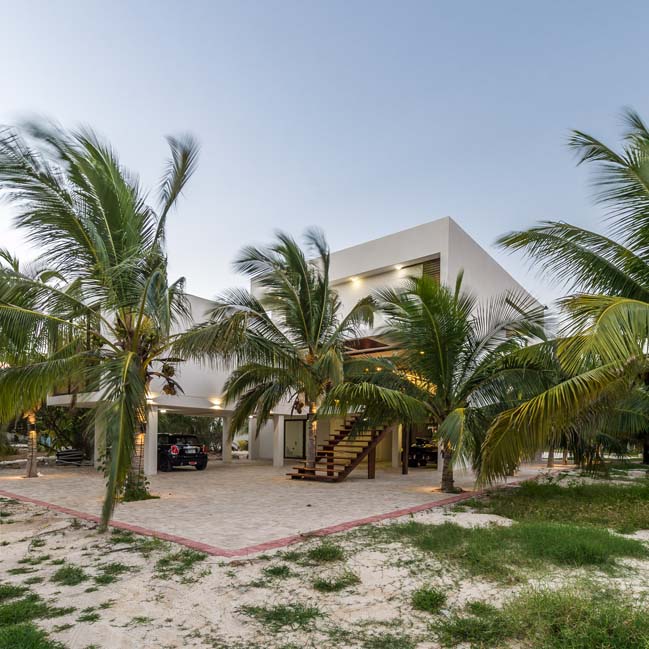 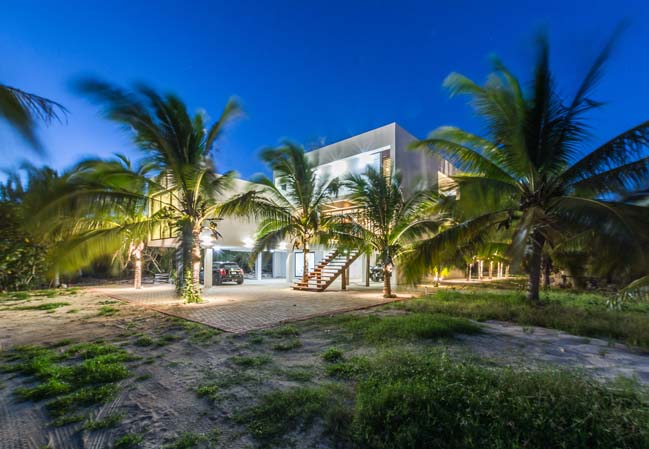 From the architects: The first decision was to locate this holiday village between the vegetation, accomplishing to merge its areas, surpassing the contemplative character they usually present, generating a close visual and spatial bond. 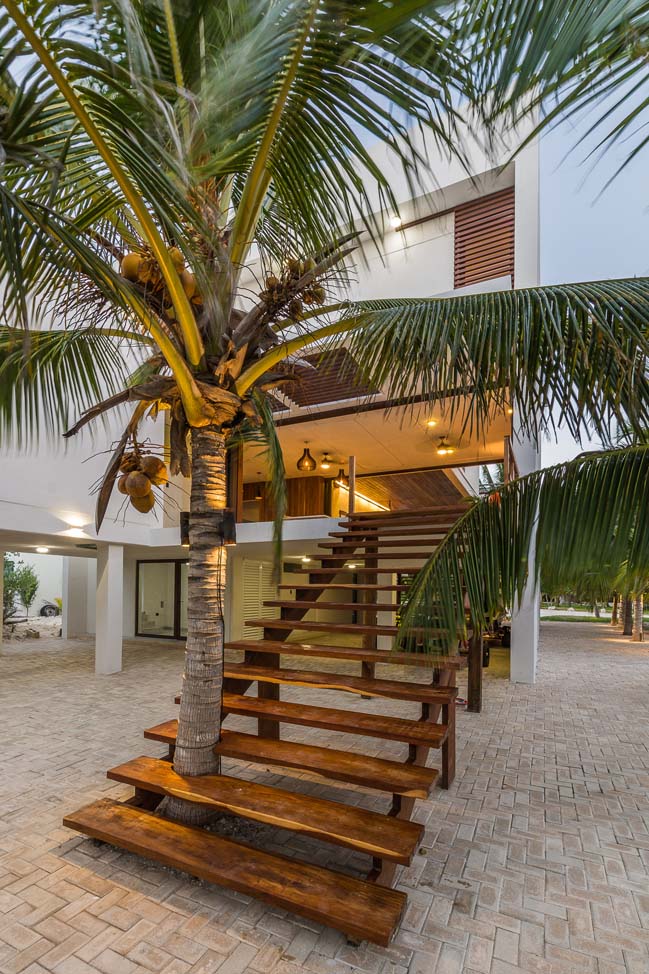 The second move made consisted in lifting up the whole lower level, leaving the area to the use of complementary services, emerging over the possible visual obstacles, generating a clear view to the sea, and emphasizing the green of the preexistences. 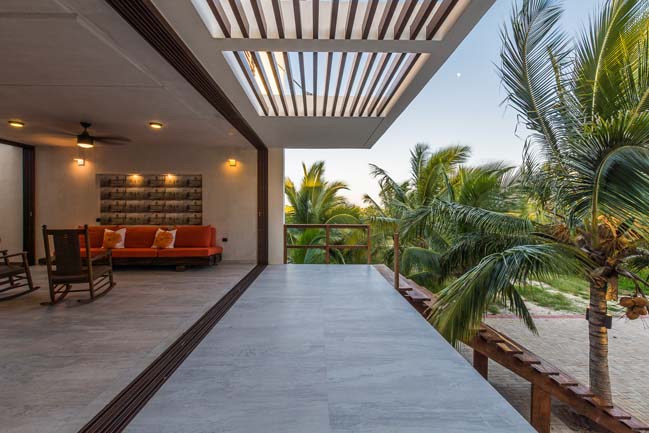 It takes you to the first level through very light wood stairs, where you can find the social areas as a single element, which through a wall-hidden system of doors the north and south limits disappear, achieving an absolute fluency from the highway to the ocean conferring the open terrace’s character to the social areas succession. 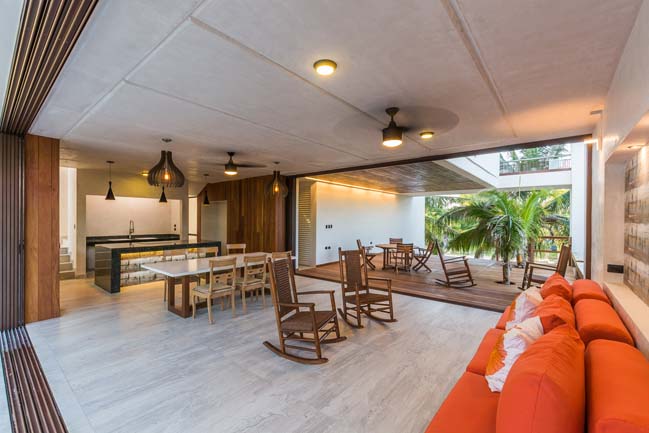 We can also find two rooms at this level which views are the palm trees in which the house has meticulously been inserted in between. The second and last level has three rooms articulated by the Family Room that looks south to a field of palm trees. By being a guest house, all the bedrooms follow the same program with different dimensions and no hierarchies. 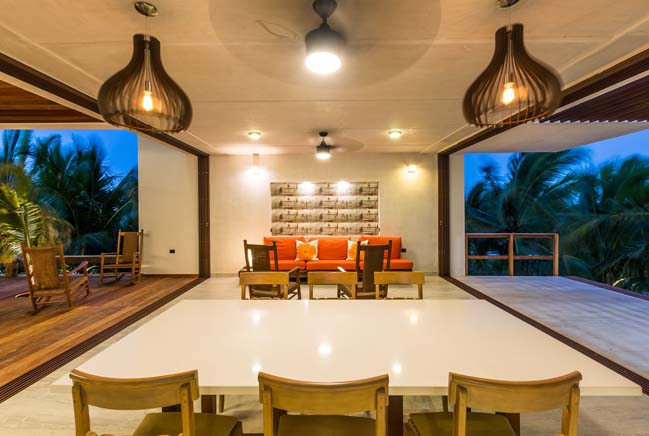 The material pallet was simple: concrete, wood and glass. Apparent pre-fabricated slabs dominate the horizontal elements, alternating with the wooded pergola and panel ceiling. The walls are white to the exterior but left in a grey almost apparent paste on the inside. Camarú panels harmonize with the railings using the same chromatic color range. 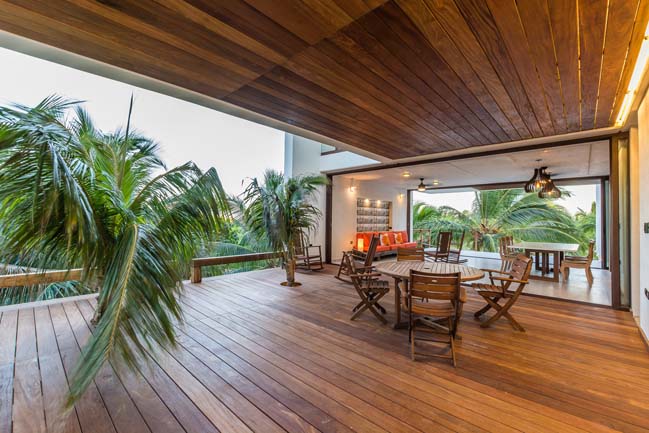 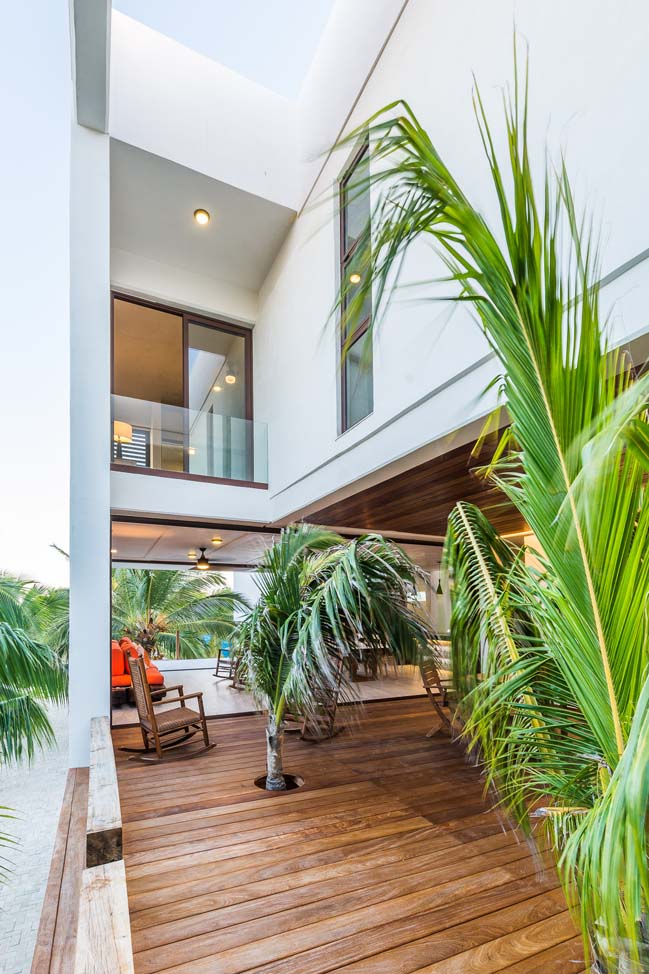 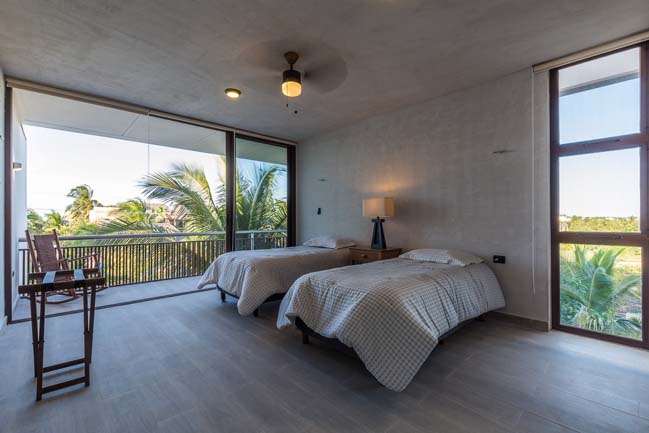 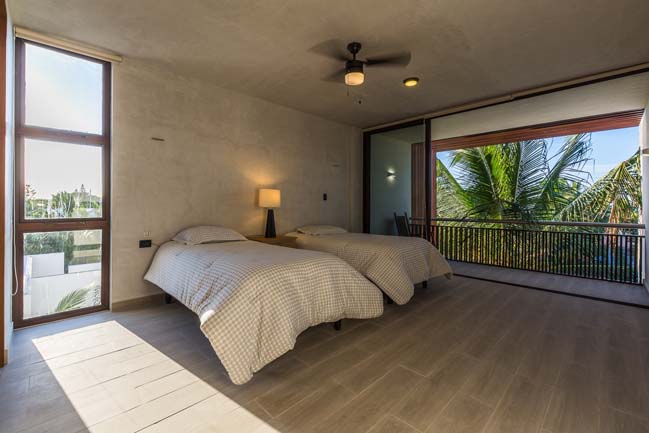 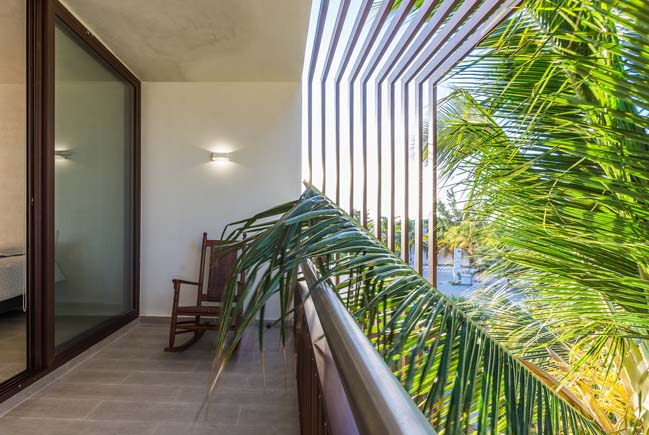 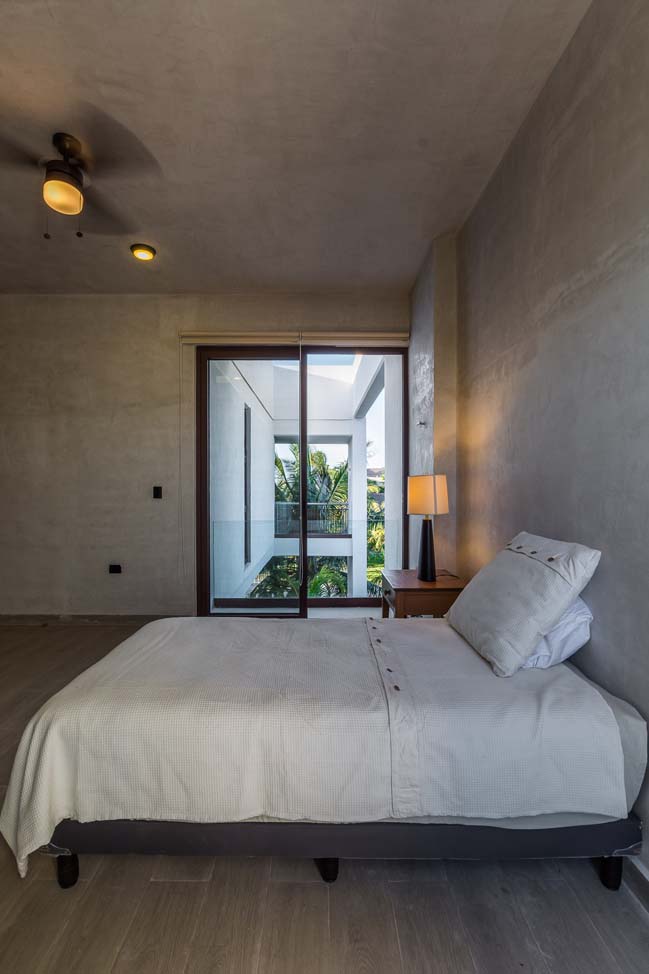 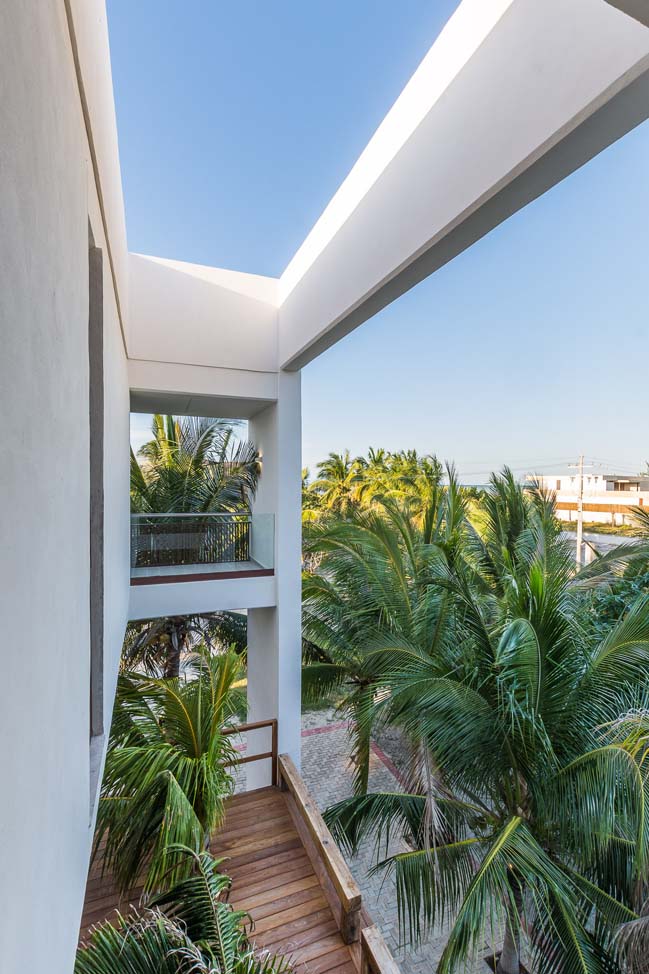 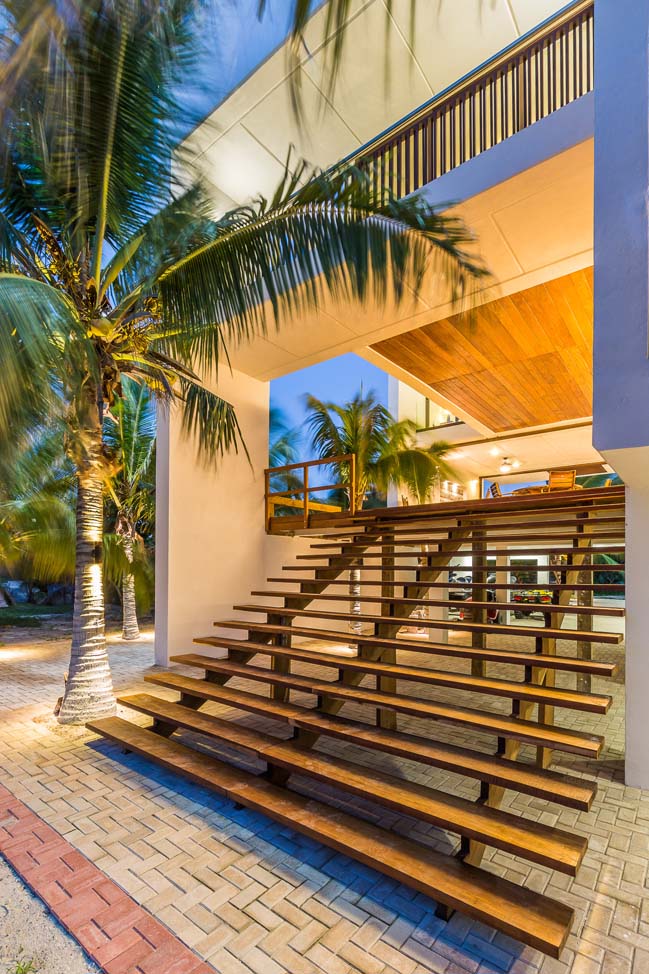 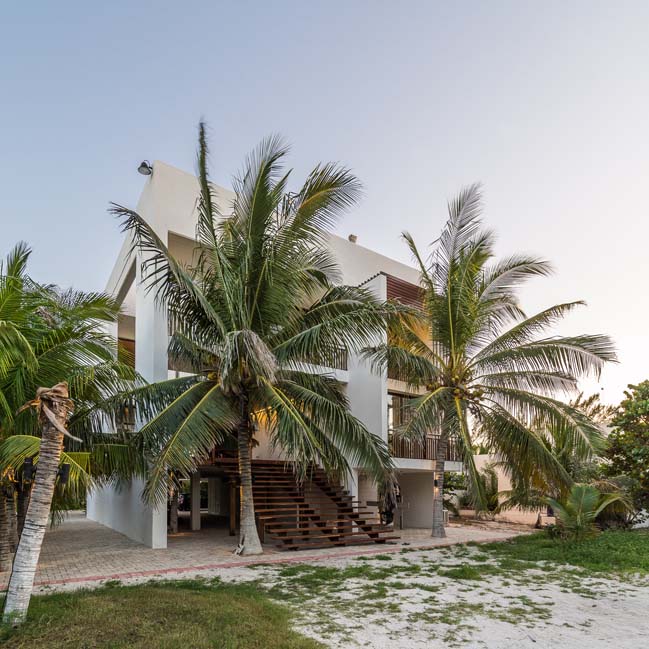 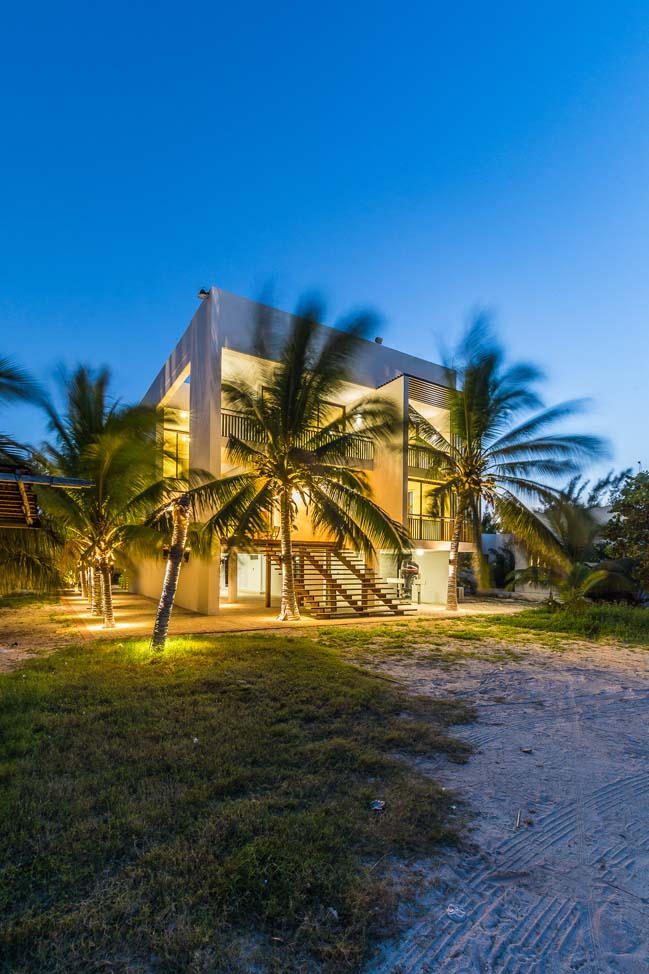 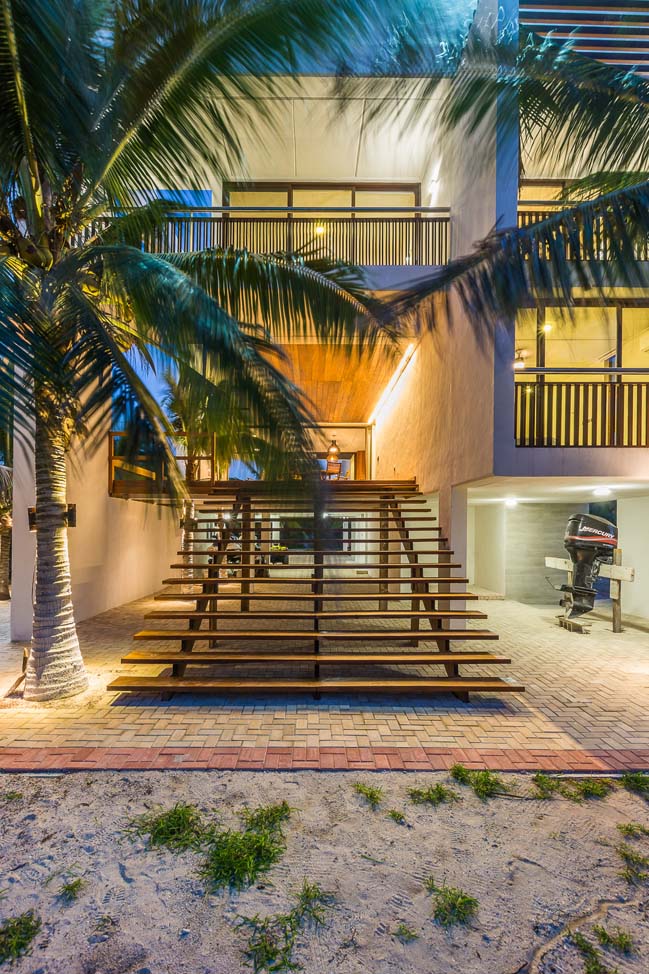 11 / 15 / 2017 Completed by R79. This modern home located in a coast of Yucatán, it’s an exercise that has many conditioning factors