Hyde Park in the Netherlands by MVRDV

The municipality of Haarlemmermeer approved MVRDV’s urban plan for the new district Hyde Park. Located right next to Hoofddorp station, from spring of 2019, it will be just four minutes by train from Amsterdam Airport Schiphol and twelve minutes from Amsterdam's business district in Zuidas. The outdated office estate Beukenhorst-West will be transformed into an attractive urban district. 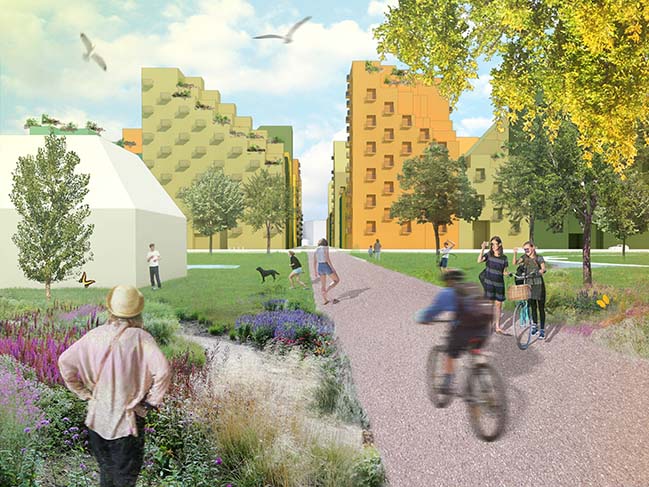 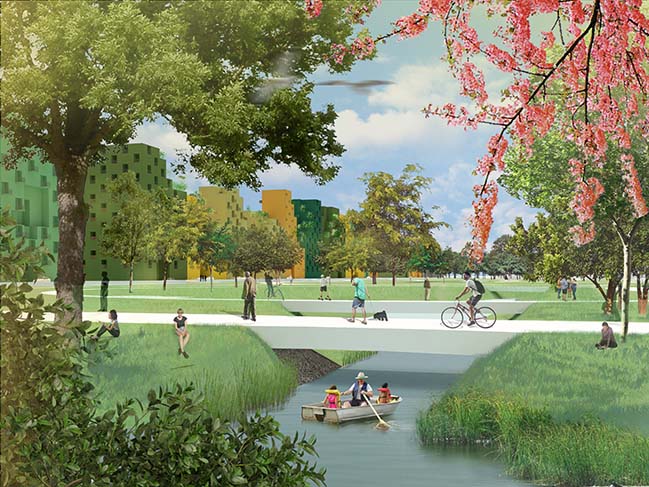 From the architect: By creating high-quality buildings with sound-proof indoor gardens, a sunny and new green city district is achieved. A key feature of MVRDV's vision for Hyde Park are the 'cuts' in the buildings which result in maximum sunlight and park views for residents. Diversity is further achieved by dividing building blocks into various 'Hoofddorp houses'. The masterplan contributes to upgrading Hoofddorp into a future-proof and vibrant city where work, living and recreation coexist. 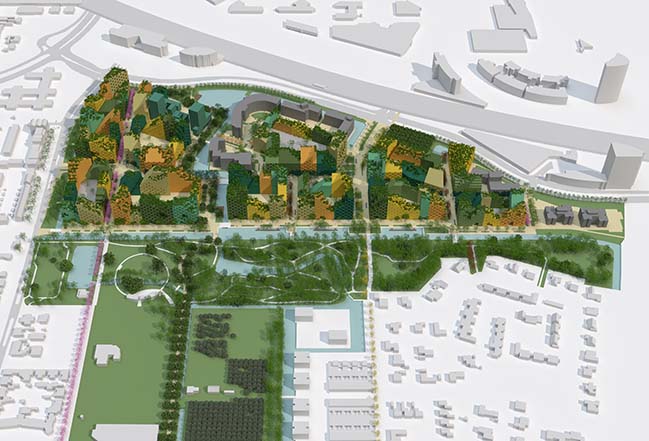 Hyde Park will be integrated into its surrounding and its original polder structure will be restored whilst shopping centre lines extended to aid walking and cycling routes between the shopping centre, park and station. Each avenue will have its own character, whilst the main street is designed as a boulevard with wide tree-lined sidewalks and restaurants. Cycling, walking and socialising are a key feature of the ground areas, a car-free zone.

A group of architectural firms have been appointed for the development of the blocks, including Barcode, Team V, MVSA, Manuelle Gautrand and Studio Nine Dots. MVRDV will supervise the architecture as well as the public space design, in consultation with the municipality. MVRDV previously designed masterplans for Barcode Oslo, Almere Floriade, and the urban plan and an apartment complex in Bastide Niel Bordeaux, which is currently under construction. Hyde Park is a joint venture of Snippe Projecten B.V. and IC Netherlands B.V 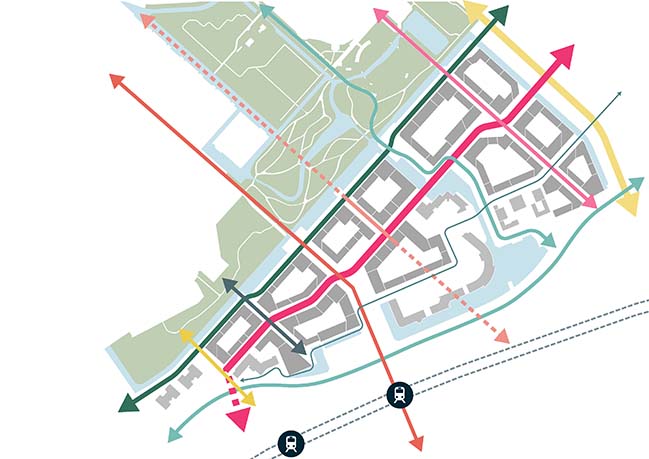 Hyde Park in the Netherlands by MVRDV

07 / 24 / 2018 The municipality of Haarlemmermeer approved MVRDV urban plan for the new district Hyde Park. Located right next to Hoofddorp station, from spring of 2019 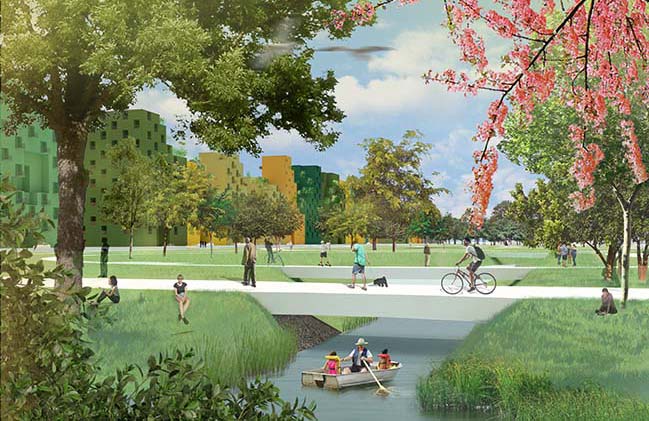