Surfmist House is an addition and renovation to a 1970s house in City Beach, Western Australia. Why 'Surfmist House'? The appearance of the home was transformed by painting its formerly brown walls “surfmist” – and of course the home’s location by the beach. 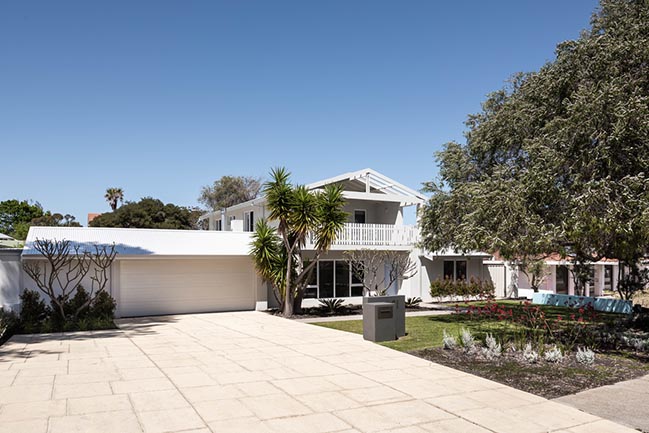 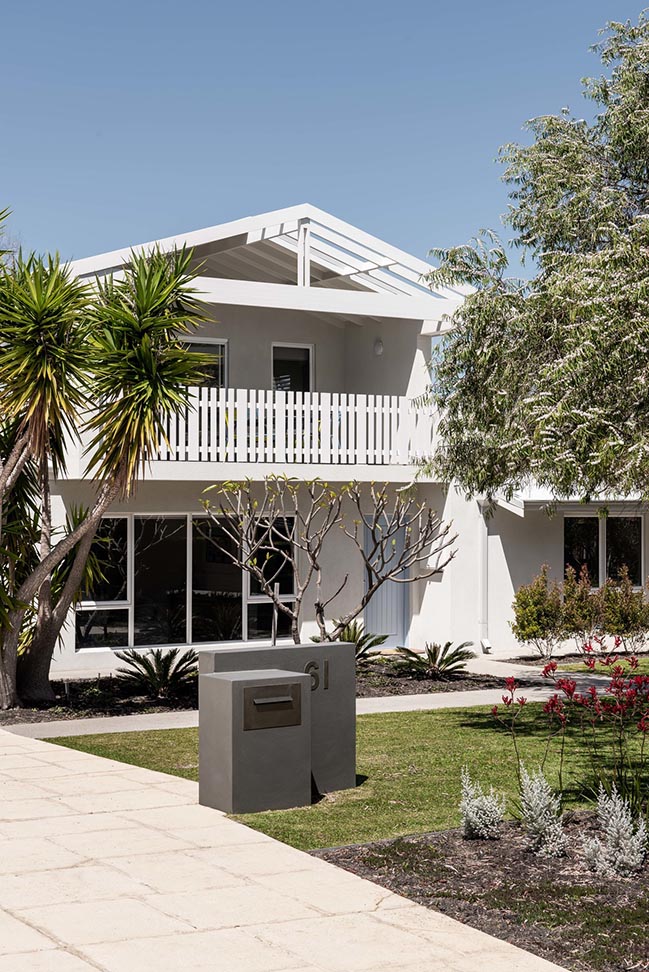 From the architect: The original house was characteristic of the suburb in which it is located, constructed in the 1970s and having undergone a series of renovations over the following decades. While the plan of the house worked well for the family of five (with 4 bedrooms, 3 bathrooms and 3 separate living spaces), there were a number of design challenges to be addressed. 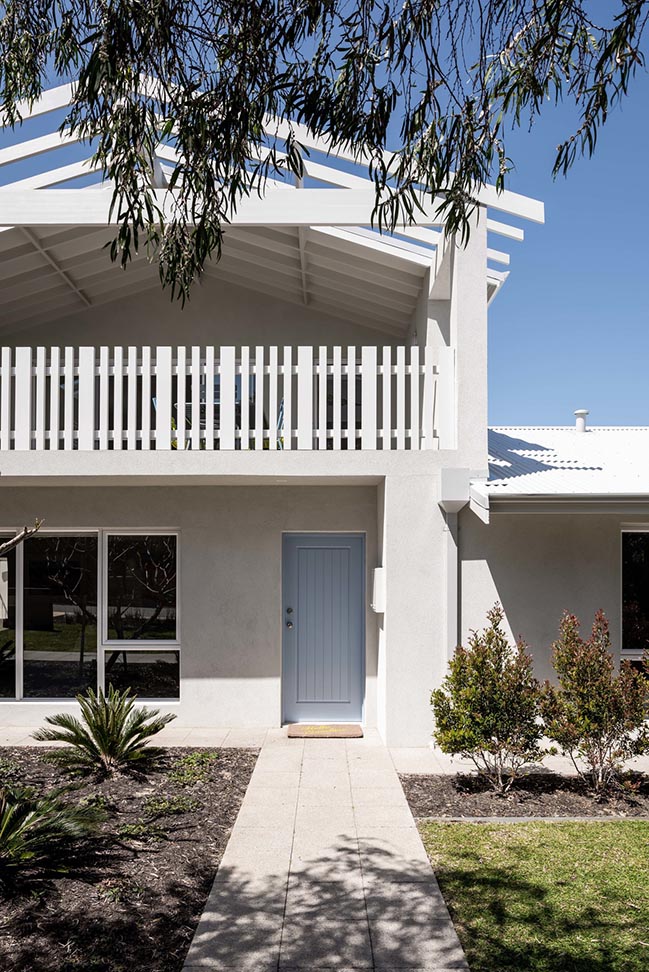 First, the street appearance of the original house let it down - the owner calling it “City Beach meets Spanish mission style”, and their friends remarking that they were brave to buy it. Second, while located only a few houses from the beach, the original house did not take advantage of the potential views. 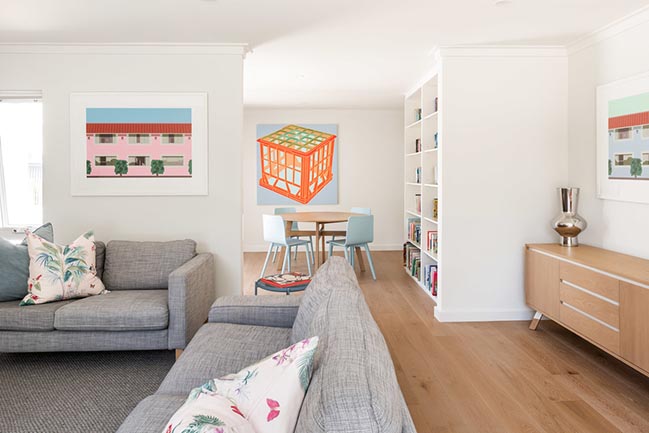 To address these issues, a generous deck was added to the front of the house. The addition of the deck not only enables the owners to enjoy the ocean view, but has completely transformed the appearance of the house - making it look more at home in its beach side location. 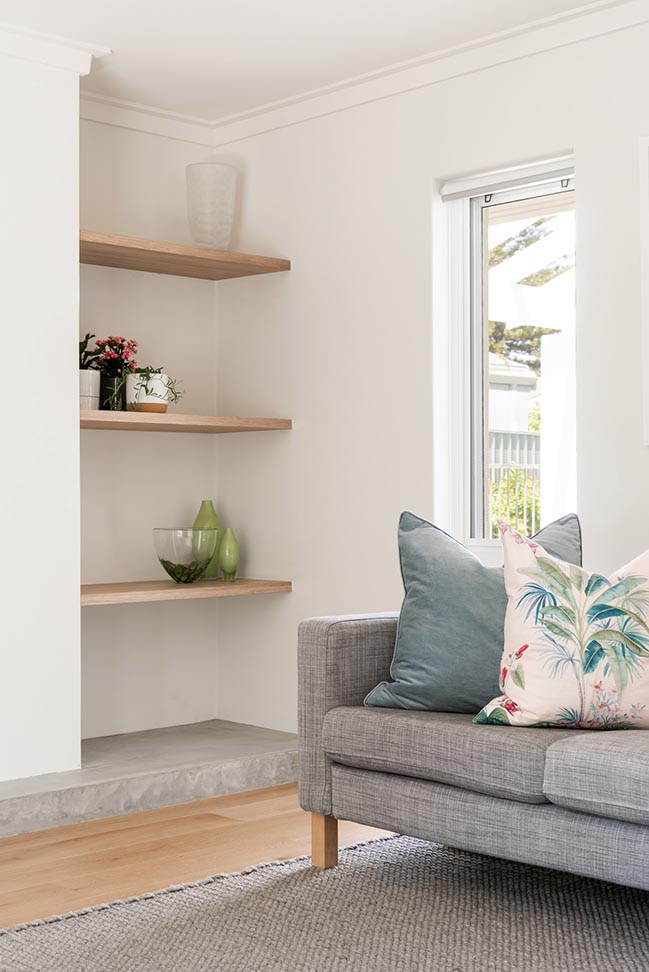 With south facing rear, the third design challenge was to bring light into the existing living and kitchen spaces which were previously dark and gloomy. This was achieved by demolishing the original front portico, which was screening northern light, and creating larger openings between living areas. 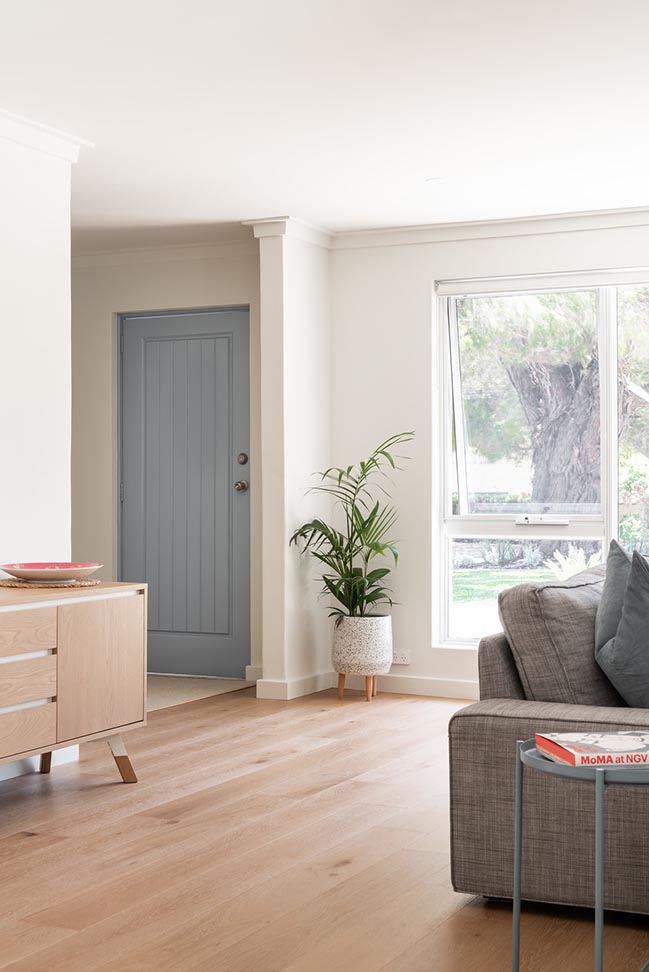 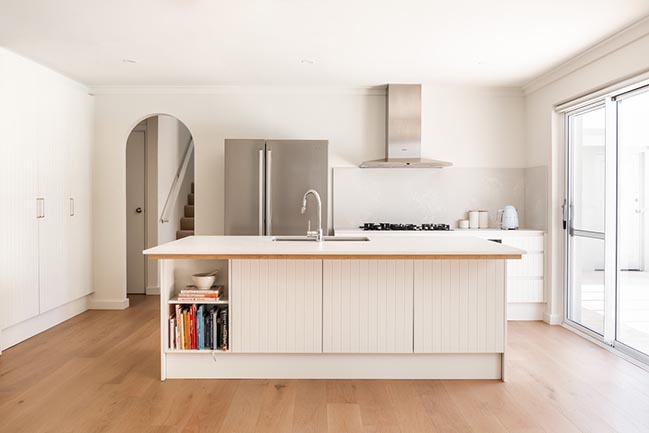 The final design challenge was to increase the connection with the garden and pool. Despite the beautiful backyard and leafy suburb, the original house was completely cut off from the rear garden. Simply inserting a large new window in the rear living space means you can now see the backyard from the kitchen, dining and living areas of the home. A new window in the kitchen also enables a view to the pool. 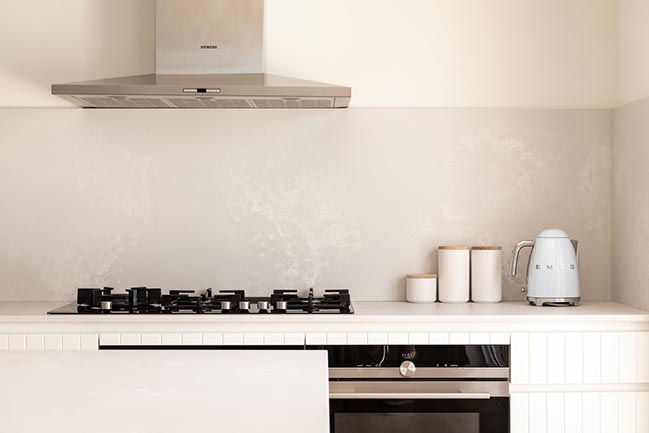 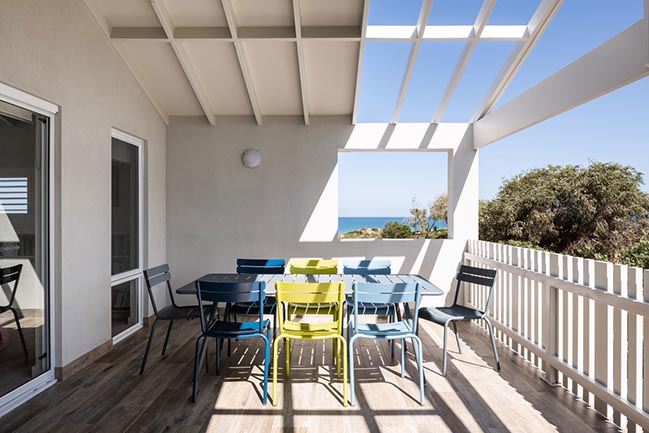 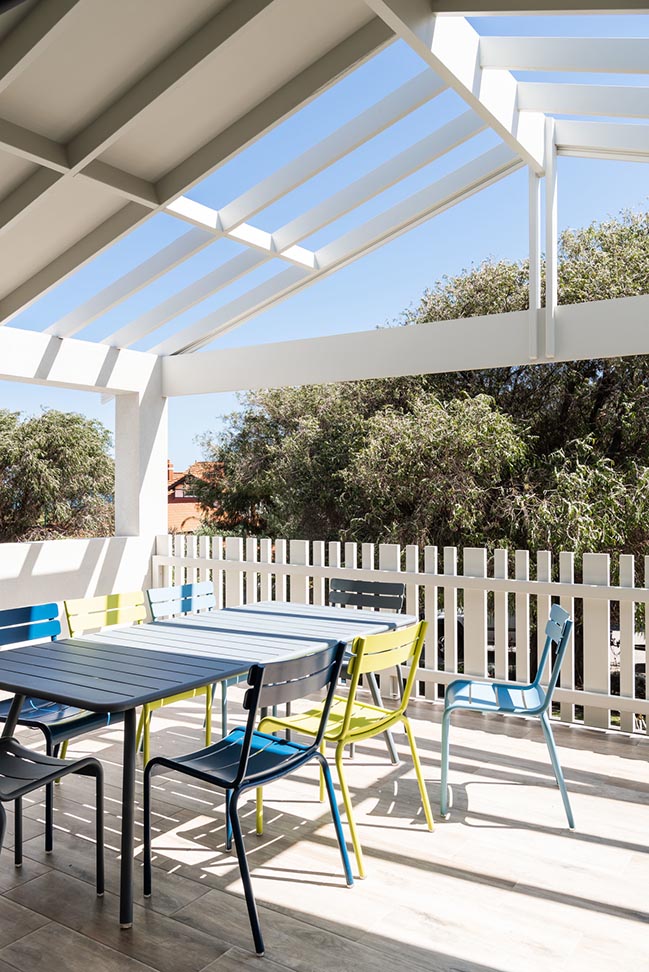 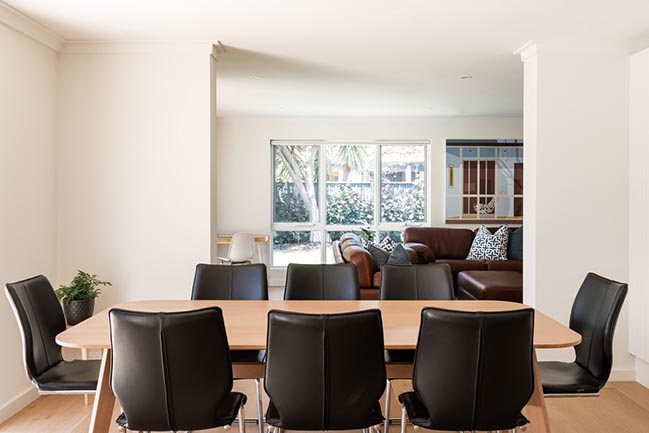 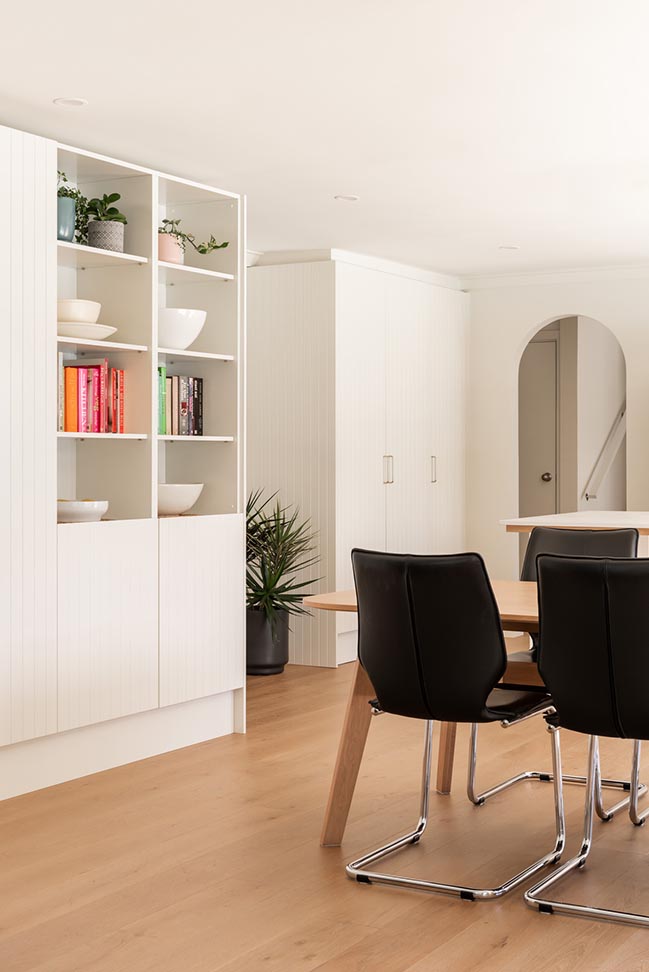 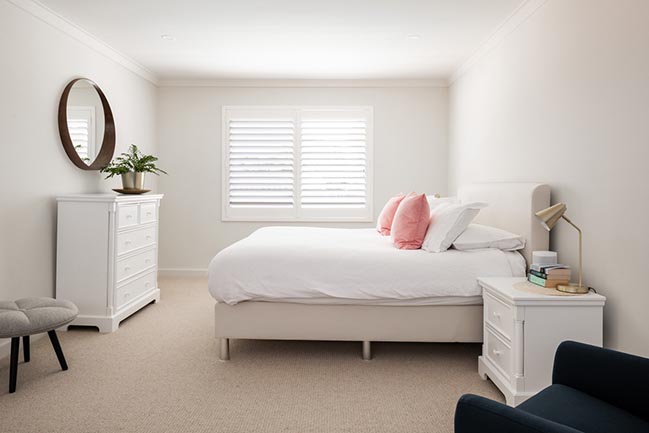 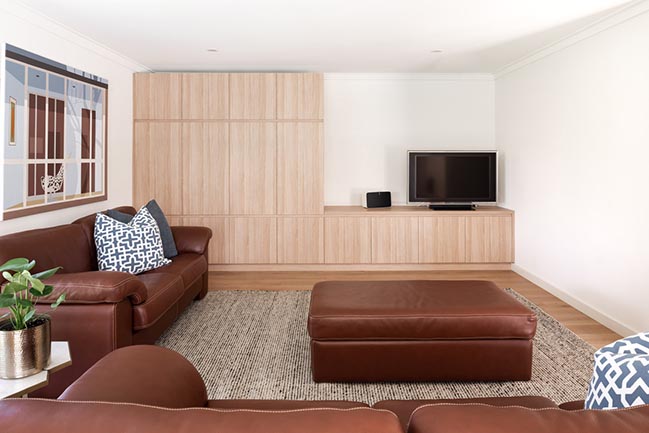 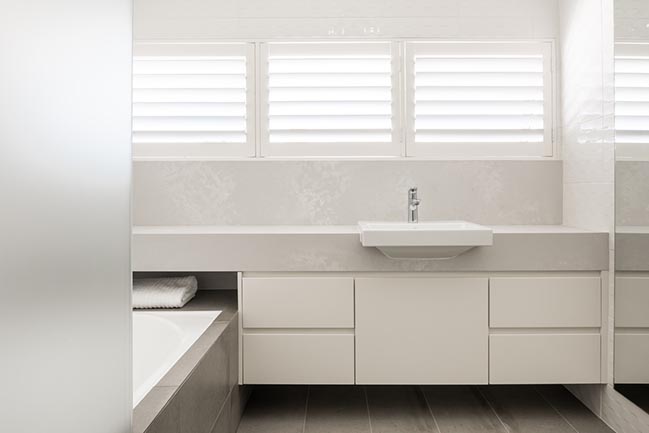 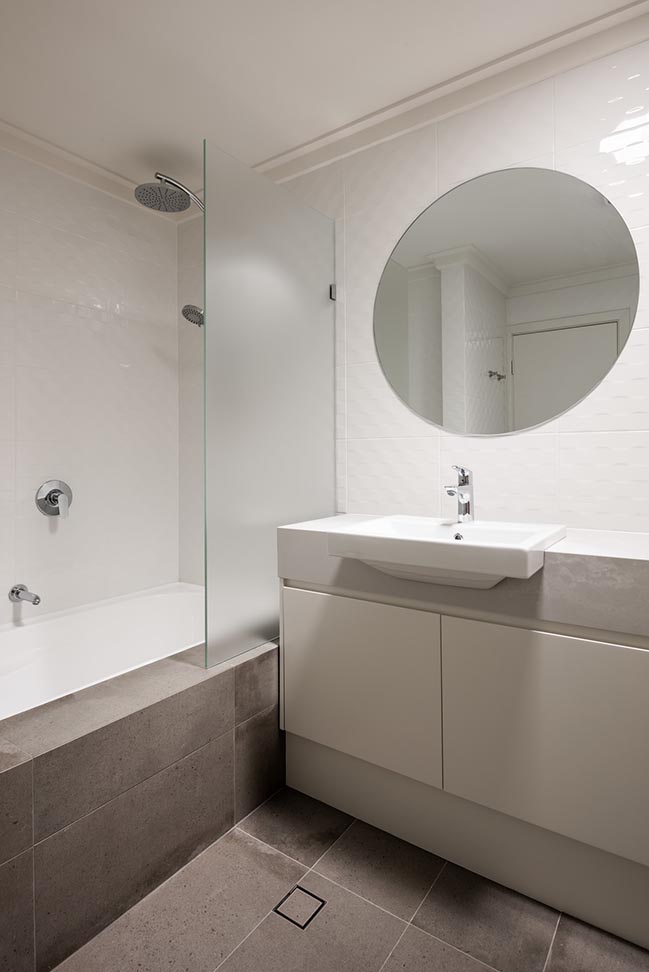 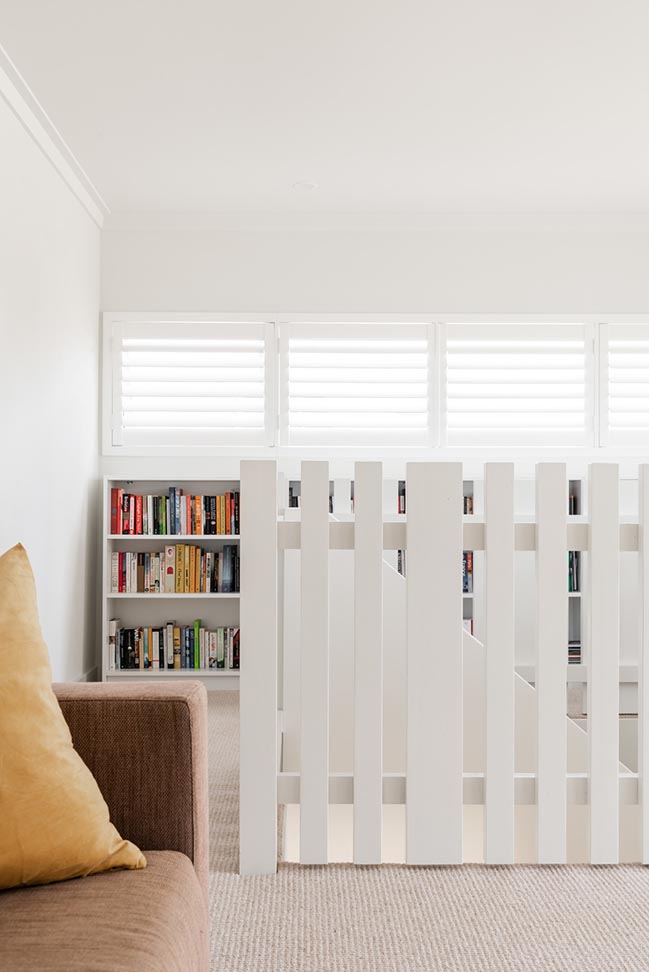 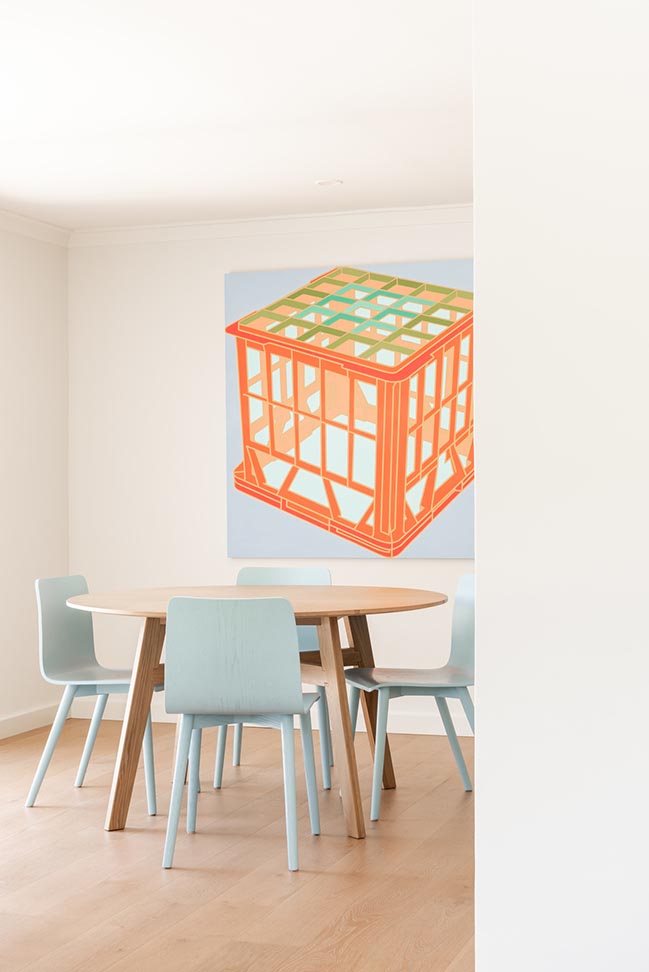 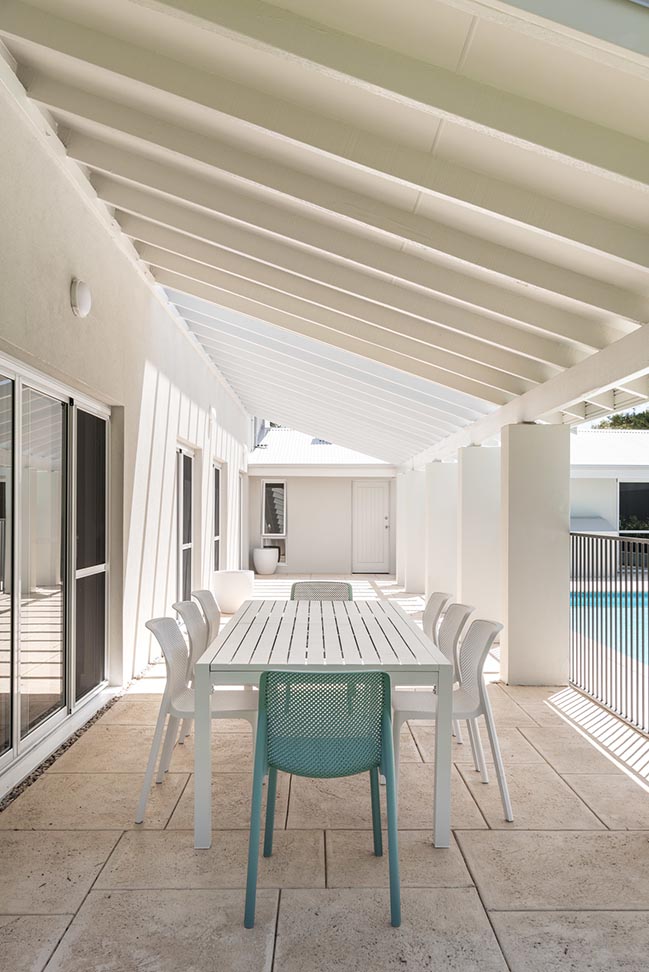 01 / 13 / 2019 Surfmist House is an addition and renovation to a 1970s house in City Beach, Western Australia. The project was completed by Sandy Anghie Architect