Beulah International today announced that 'Green Spine', the design proposal submitted by UNStudio with Cox Architecture has been selected as the winning design for their latest project, Southbank by Beulah, a more than $2 billion mixed-use tower which will be the tallest in Australia, located in the heart of Melbourne. 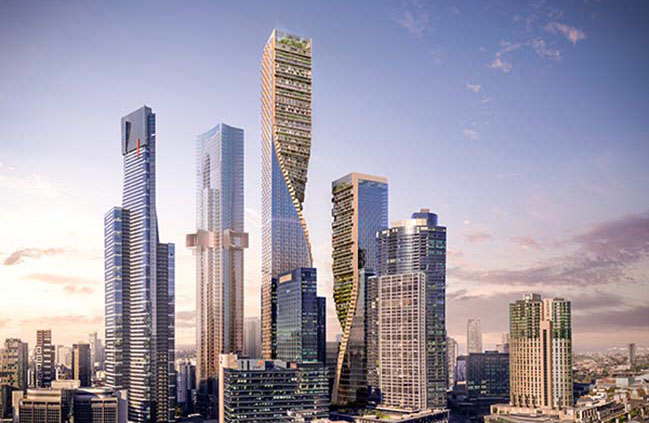 The winning proposal was selected by a seven-member jury. Other shortlisted teams included BIG, Coop Himmelb(l)au, MAD, MVRDV and OMA.

Ben van Berkel: "We are truly delighted that our design has been selected as the winning proposal for this very exciting project! For our proposal to be selected by Beulah - such a forward-focussed developer - and from entries by such an exceptional group of our peers is a true honour. From the outset we worked with a fantastic team of cultural placemakers, sustainability consultants, landscape designers, artists and engineers to achieve a fully integrated design. This truly is a great result for everybody involved!"

Beulah International Executive Director Adelene Teh: “The Green Spine showed work by a strong, multidisciplinary collaborative team that is a bold, yet thoroughly considered approach to creating a context driven landmark as an addition to Melbourne's skyline. In its details, the scheme displays a strong intent for well-considered public and private amenity, and at street level, the proposal displays qualities that will truly transform the public realm by eroding the hard edges that is prevalent in Southbank.” 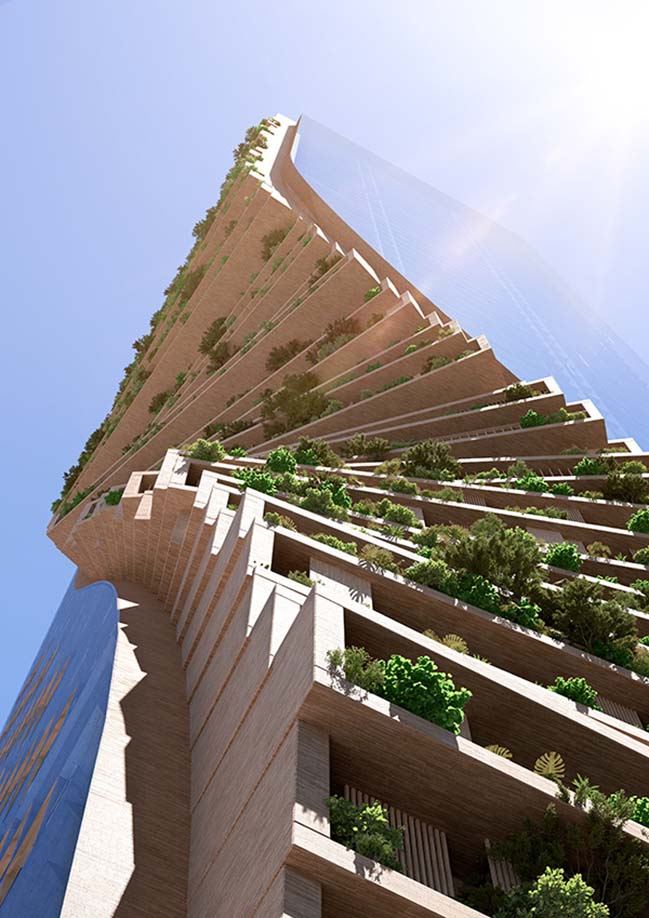 Caroline Bos: "I could not feel happier at this moment. The competition was incredibly inspiring; I would like to congratulate all architects on their fantastic designs and Beulah and all parties involved in running and judging the competition. On behalf of our whole team I would like to say a wholehearted thank you for the trust placed in us. We very much look forward to the next stages, and contributing to a better Southbank and wider Melbourne with our Green Spine." 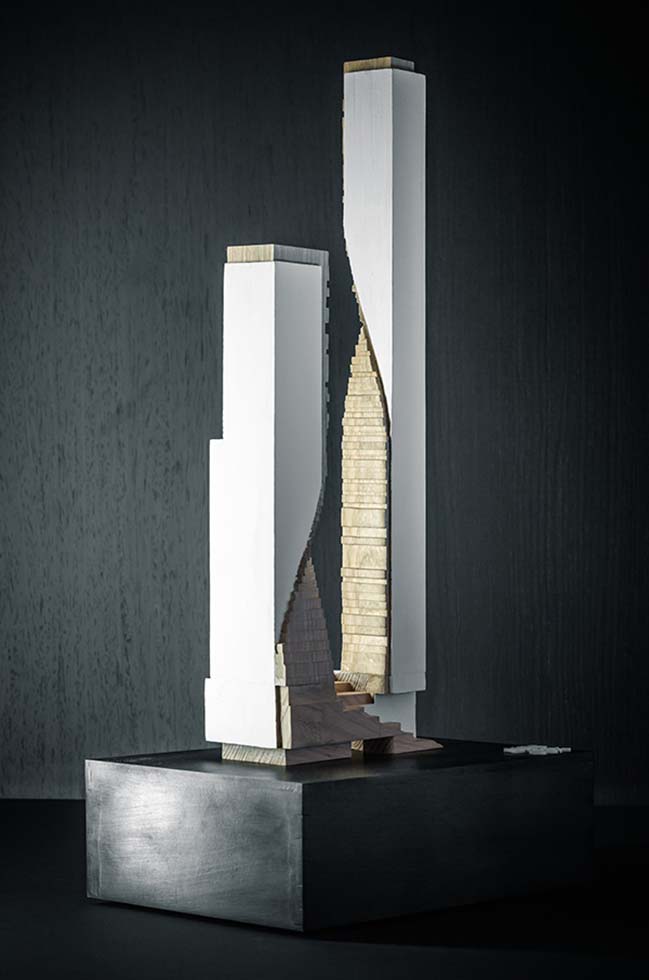 'Green Spine' - A City within a City

UNStudio's design proposal for Southbank by Beulah aims to establish a new destination for the Southbank area and Melbourne. The proposal is integrally organised by one Big Detail: a ‘Green Spine’ of vertically networked platforms, terraces and verandas. 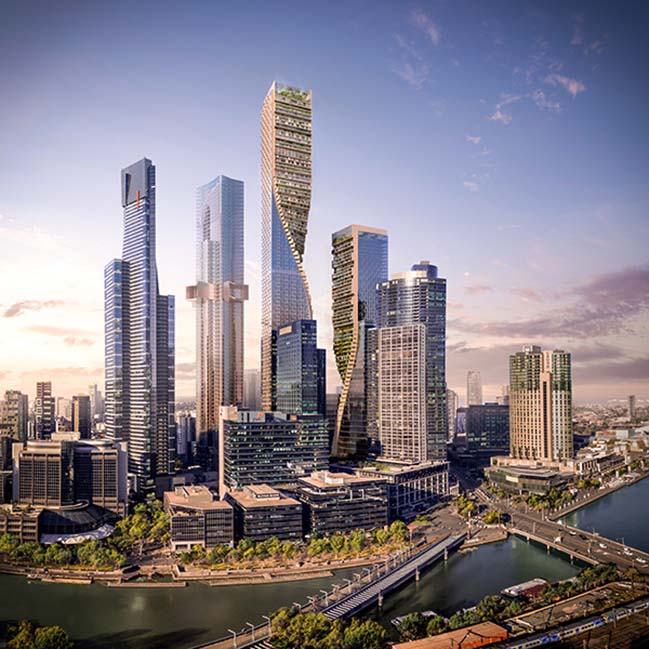 This multifaceted spine is created by the splitting open of the potential single mass at its core, thereby forming two separate high rise structures and causing them to reveal the almost geological strata of their core layers as they rise above a light-filled canyon. 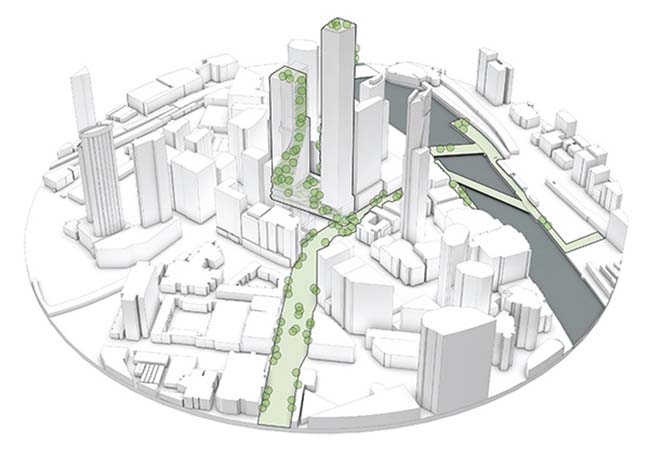 As a result of this design intervention, the towers that emerge on either side can enjoy porous city views and vastly improved contextual links, while the residences, offices and the hotel benefit from increased daylight and access to outdoor spaces.

The orientation of the Green Spine further enables an extension of the public realm on the podium, the continuation of green onto the towers and facilitates orientation to the CBD and the Botanical Garden at the top of the towers.

The taller of the two towers will be entirely residential and reach a height of 356.2 metres. This tower will house a publicly accessible garden at its top. The lower tower will be home to a hotel and commercial space and top out at 252.2 metres.

In addition to being fully integrated within the existing Melbourne network of cultural, entertainment, leisure and commercial venues on offer, with its variety of programmes and connectivities, the design further proposes a mixed-use building that is a city in itself. 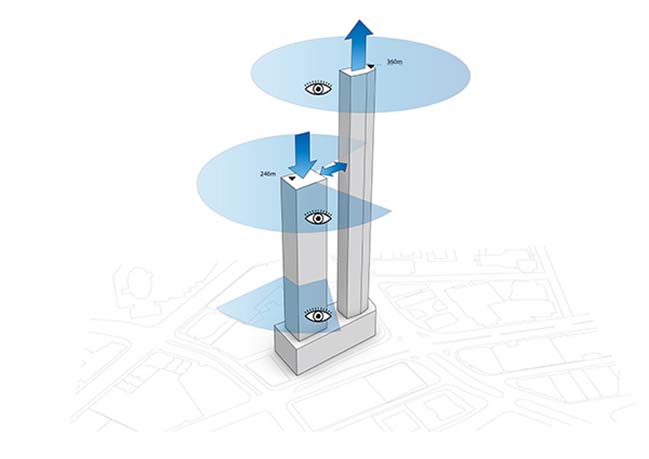 A host of programmes, including recreation, retail, offices, residential, hotel and exhibition spaces are integrated into the vertically stepped public infrastructure – an infrastructure that is formed by indoor-outdoor spatial frames that embed nature, public space and culture. 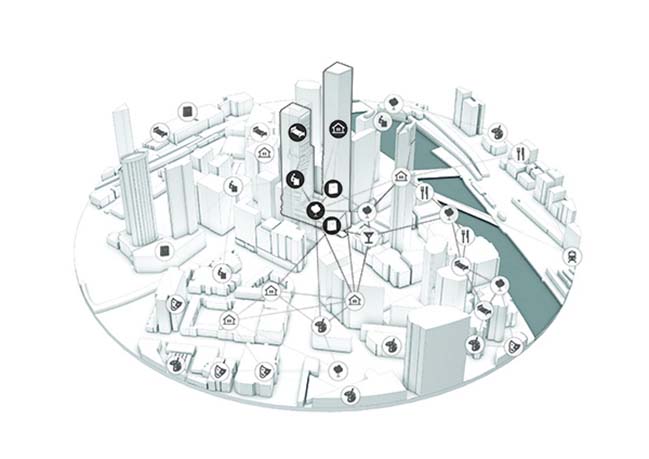 Ben van Berkel: "In addition to providing the towers with a twisting, sculptural silhouette, the Green Spine is an architectural element that incorporates a multitude of functions in one fluid gesture."

The spine extends the Southbank Boulevard upwards and acts as the key organisational element of the building with respect to programme, culture, landscape and sustainability. In addition to housing a variety of amenities, all programmes are linked to the Green Spine. 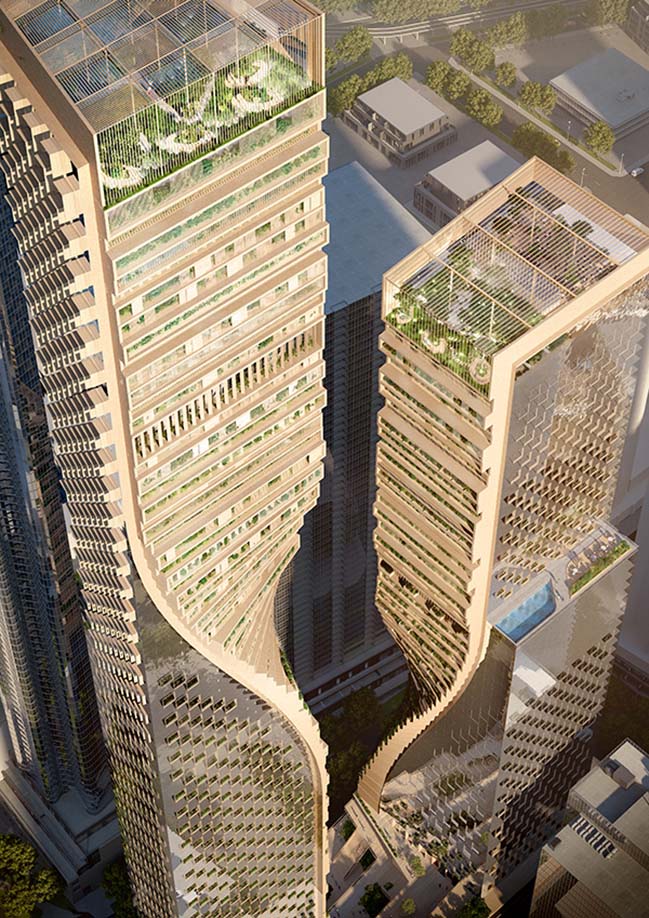 At ground level, this spine directly engages with Southbank Boulevard by bringing people up and into the building, thereby expanding the public realm vertically. From the public park at the top of the podium, the Spine continues to entwine itself around the two towers, where it culminates at the top of the residential tower in ‘Future Gardens’. 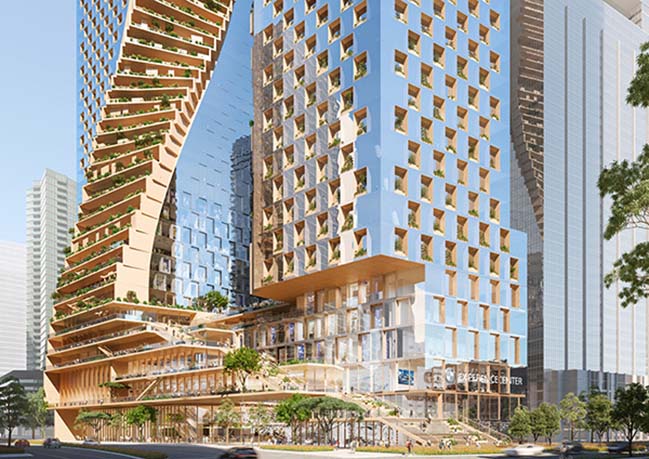 Our design proposal for Southbank by Beulah was motivated by the concepts of togetherness, joint ownership and open access for local residents and the wider community. We therefore created the space not only to be accessible and tailored to the users of the building, but also for the people of - and visitors to - Melbourne. To this end, the podium and its public rooftop park are reserved for public use. 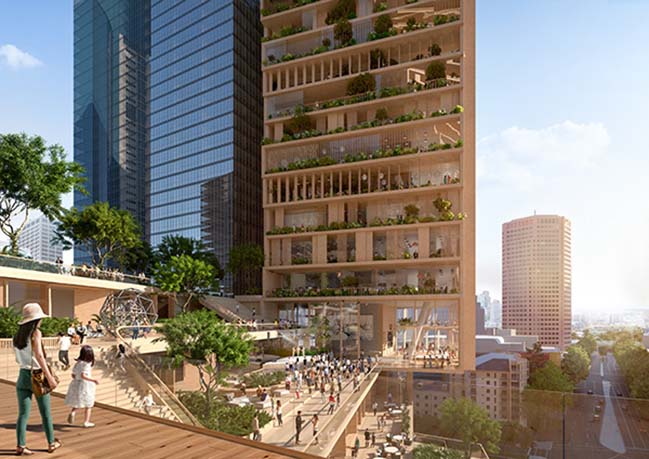 Within the podium a marketplace, retail and entertainment spaces and a @BMW experience centre are housed.

The Marketplace Entrance is a permeable open space that invites both visitors and residents. The retail spaces have their own unique access to balconies and terraces, allowing shoppers to engage with an environment that differs from that of typical retail mall or street.

The connection from ground level unfolds through stairs and platforms, leading the visitors up along the retail and entertainment programme and finally merges into the public garden at the top of the podium. 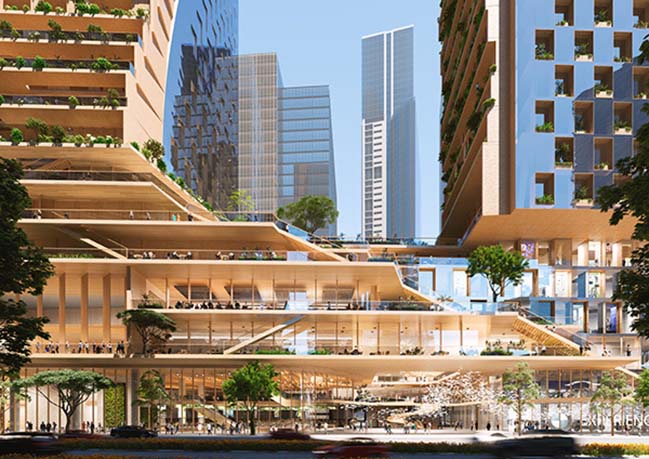