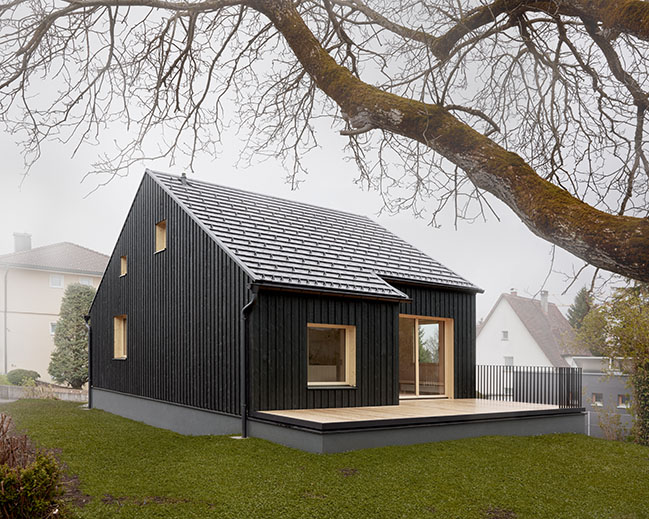 From the architect: The house made of spruce is a renovation with a partial replacement building. The original house was built in two stages. The basement was built before the Second World War. It was, in corresponding prosperity, designed for a large house and solidly built. The upper floors, the wooden structure, had to be built after the end of the war, much smaller and simpler than intended. Due to the poor structure of the wooden building, the decision was made to build a replacement building in the upper floors and to renovate the basement. The new building takes over the internal structure and load transfer of the original building and, due to urban planning requirements, also the external volume. 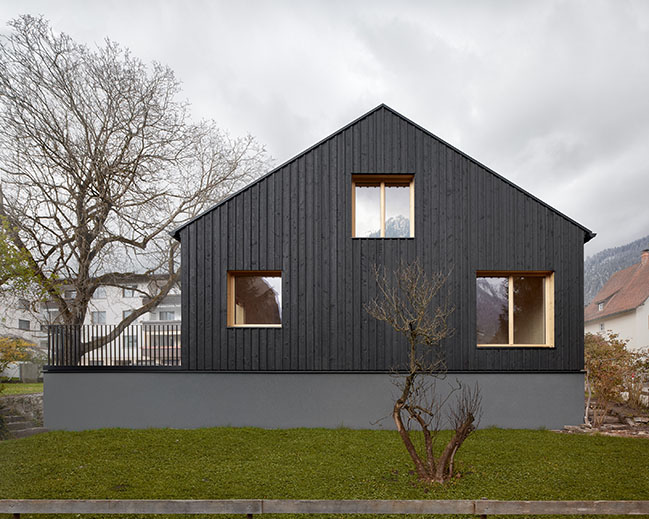 Formally, the building is based on the qualities of the existing building. The dark façade, the light window frames and the red shutters are reinterpreted. The interior, which was clad with a lot of wood in the existing building and was more reminiscent of an alpine hut than a residential house, is translated accordingly. 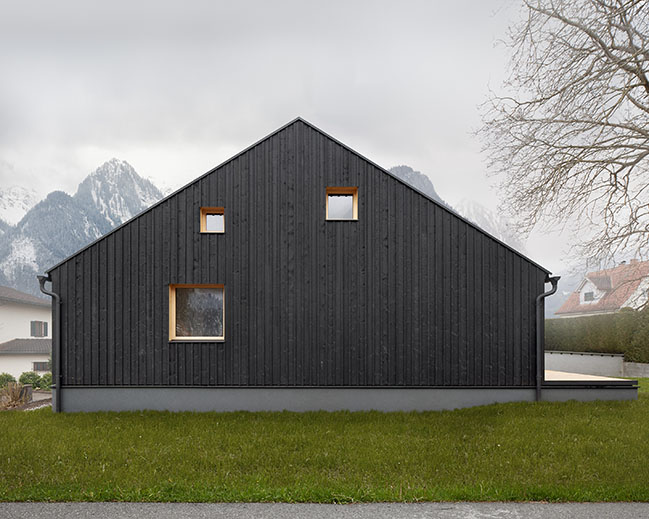 The simple construction of the existing building gave the basic idea for a simple, economical and economic construction. The wall construction consists of a back-ventilated cover strip facade made of spruce followed by a wood frame construction filled with cellulose. This is already followed by the inner, structural as well as architectural, skin consisting of spruce panels. The floor structure is a beam layer with insulating fill, also planked with spruce boards. The wood materials, including the windows, are all spruce and untreated. 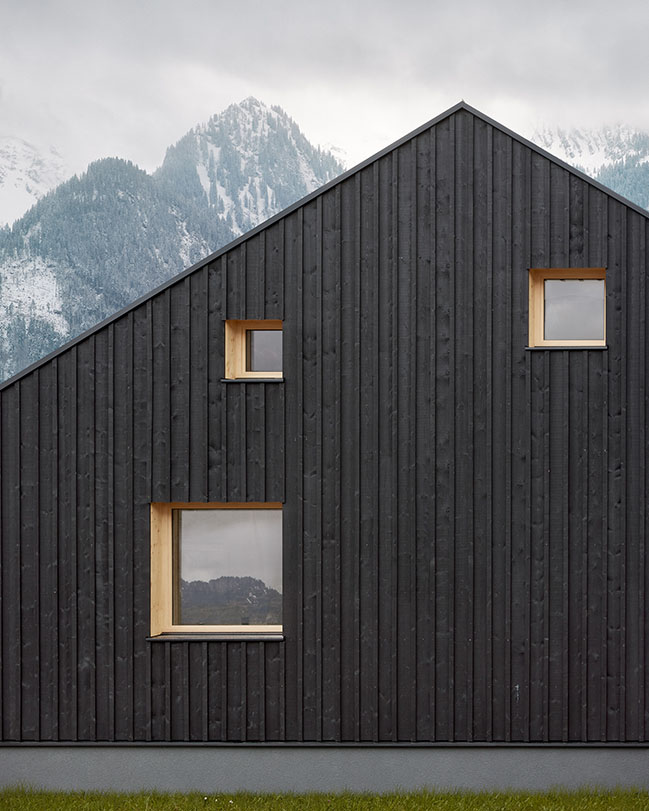 The robust, black facade interacts with the light windows which allow views into the warm interior. Inside, the uniform surface design and the materials, carefully joined by the contractors, create a sculptural interior. The interior, restrained with contrasts, forms an ideal canvas for play and use by its inhabitants. The traces of use on the untreated wood are desired and continue to write the history of the house. 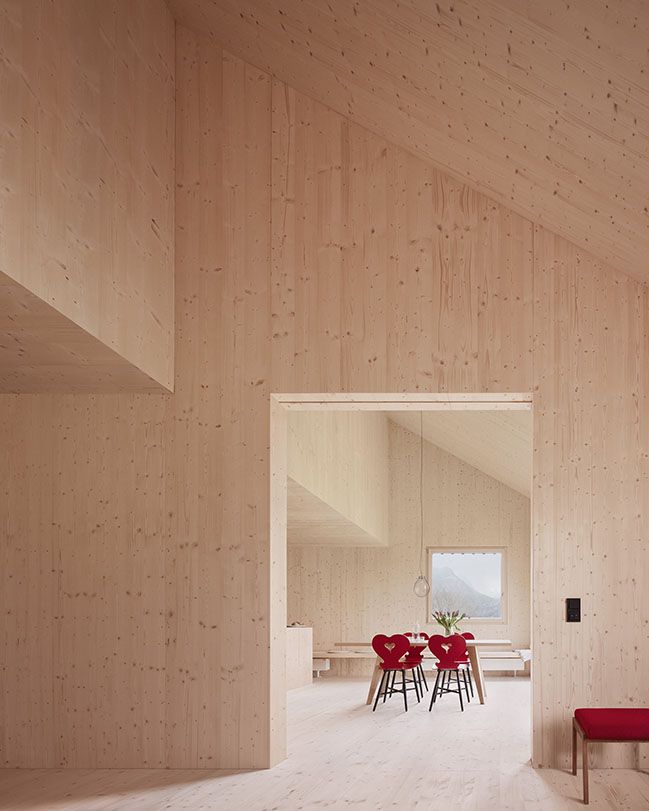 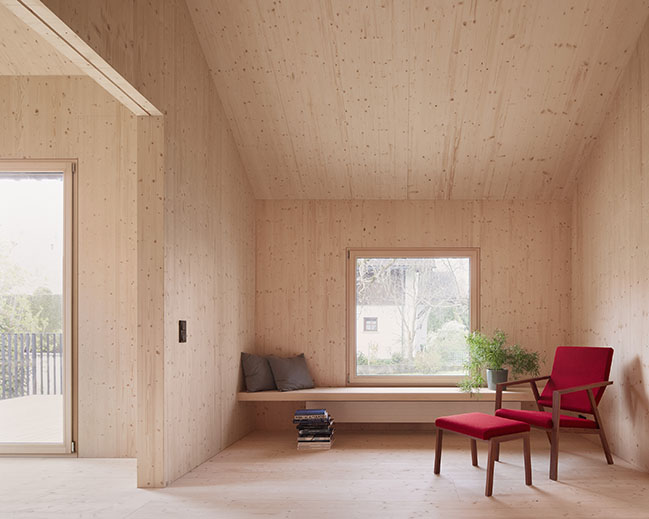 YOU MAY ALSO LIKE: Semi detached house on a hollside by MWArchitekten 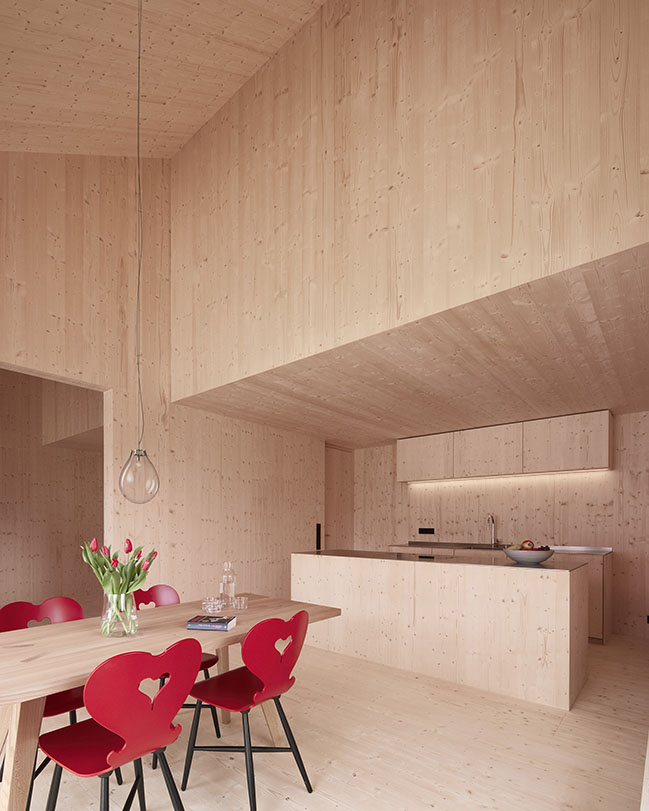 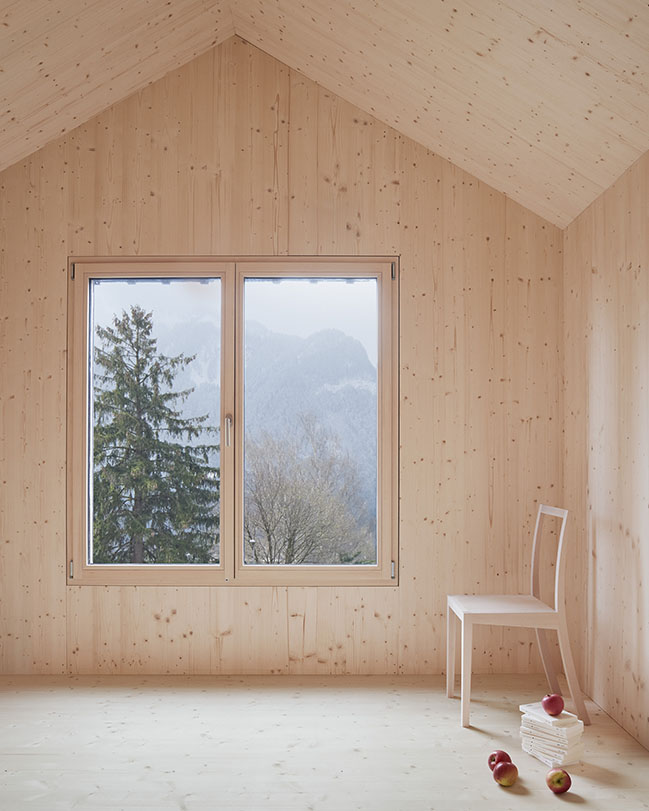 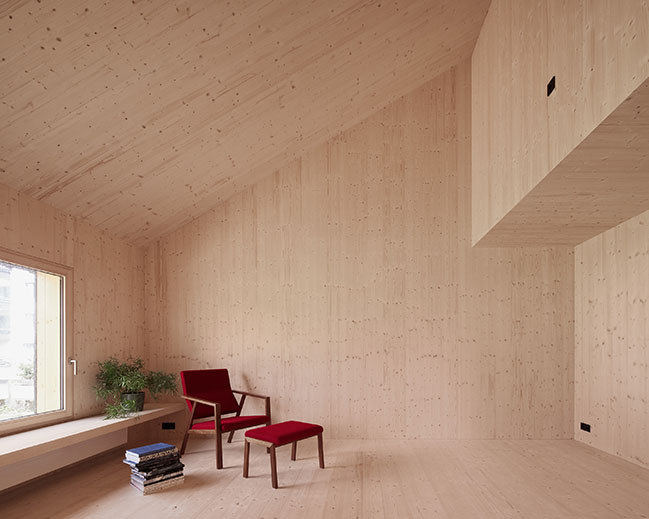 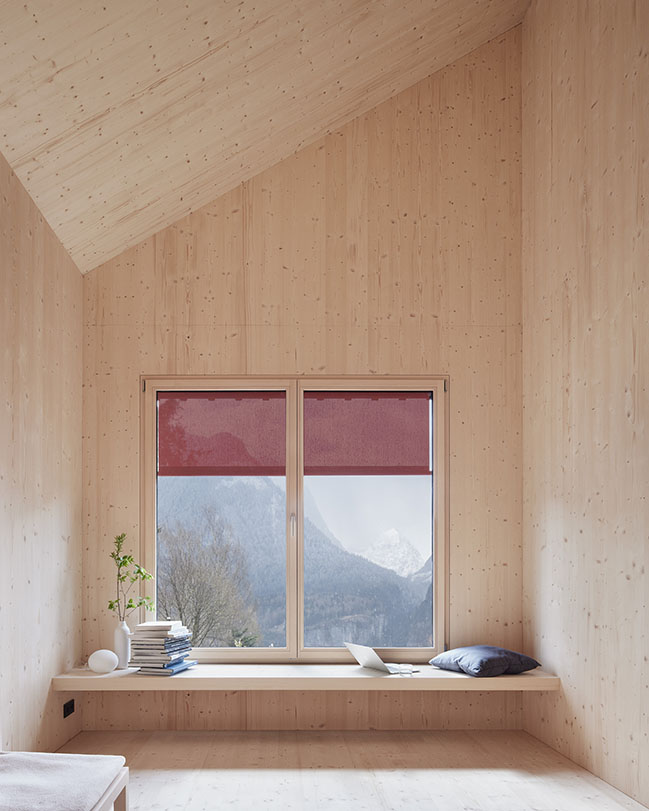 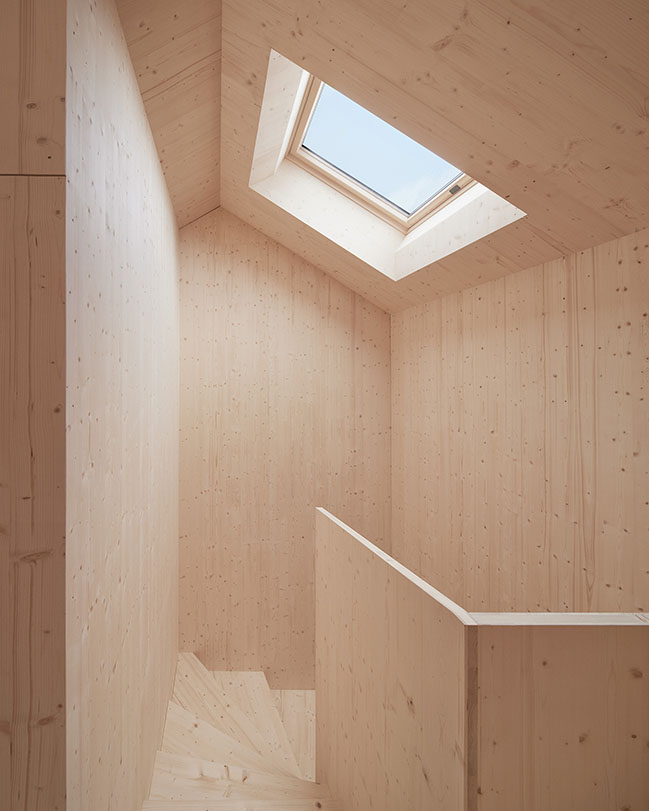 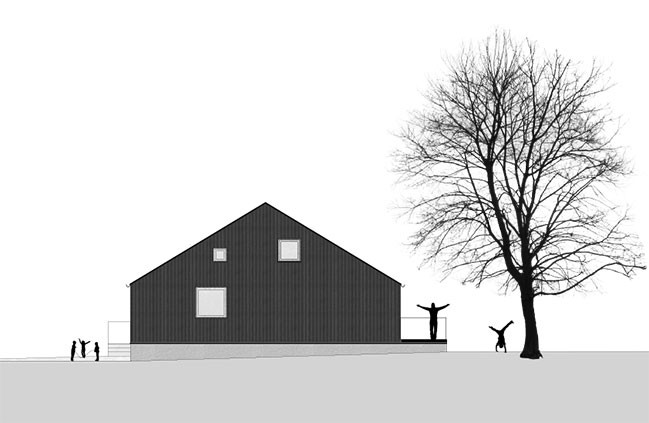 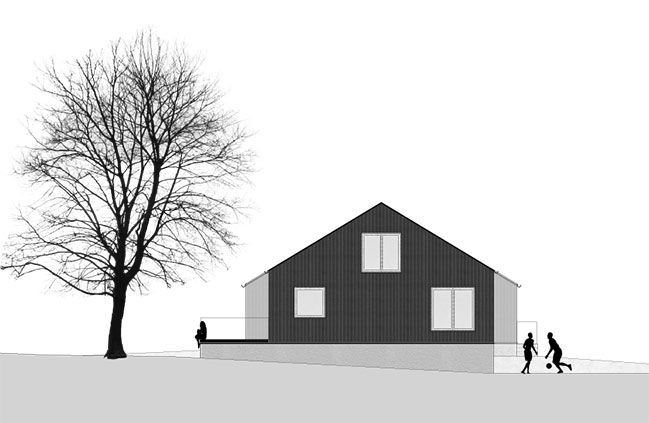 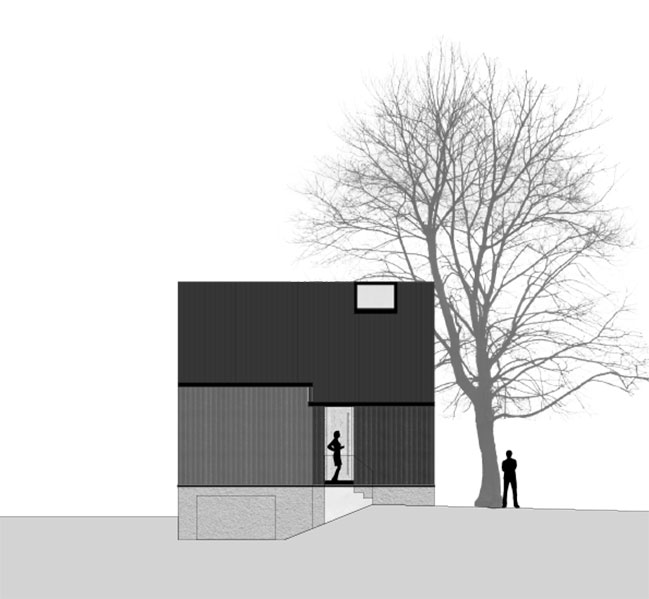 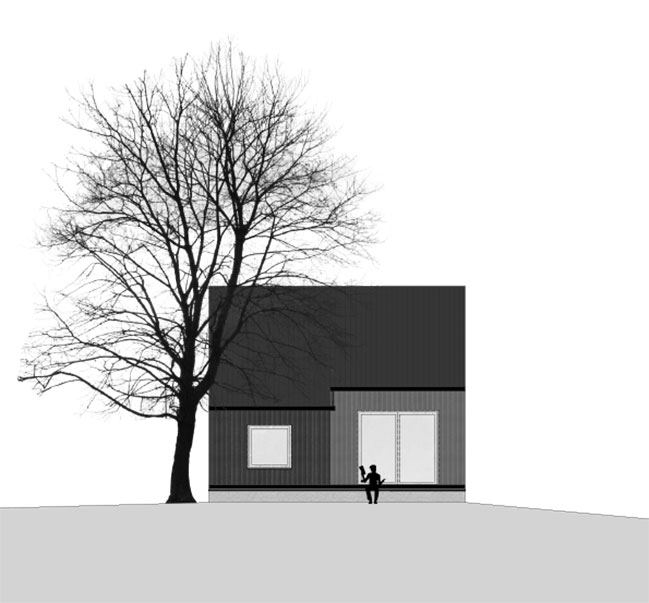 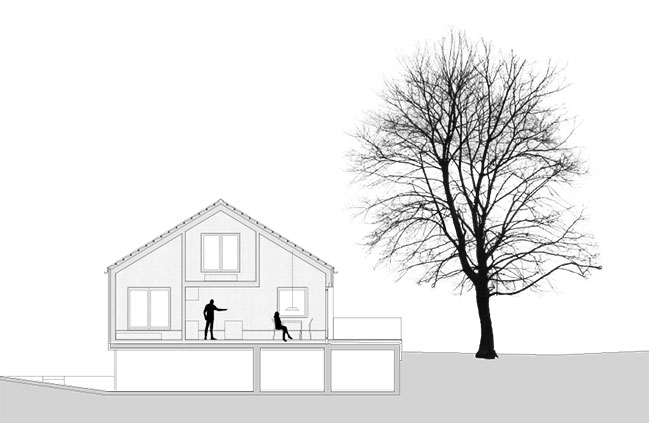 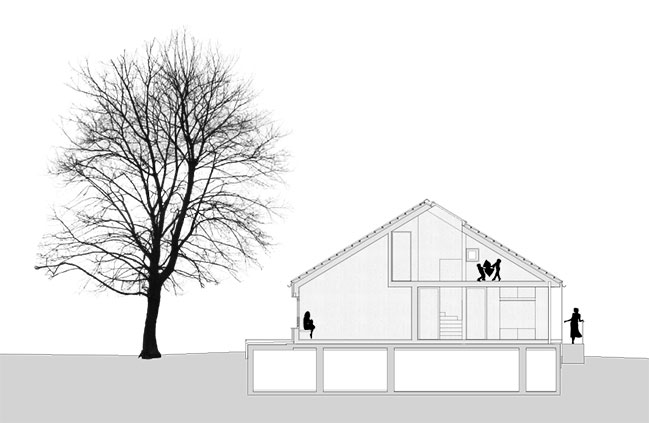 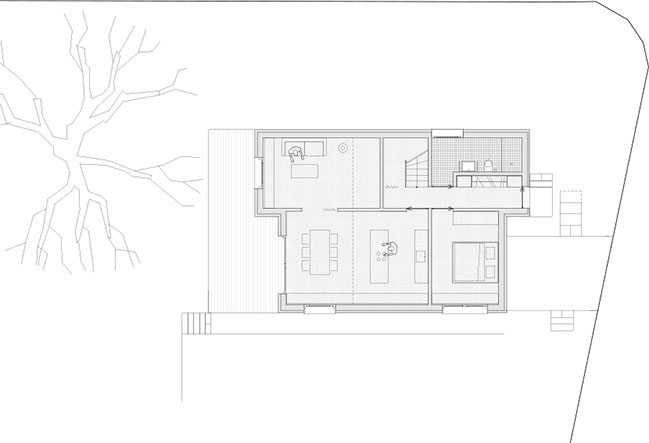 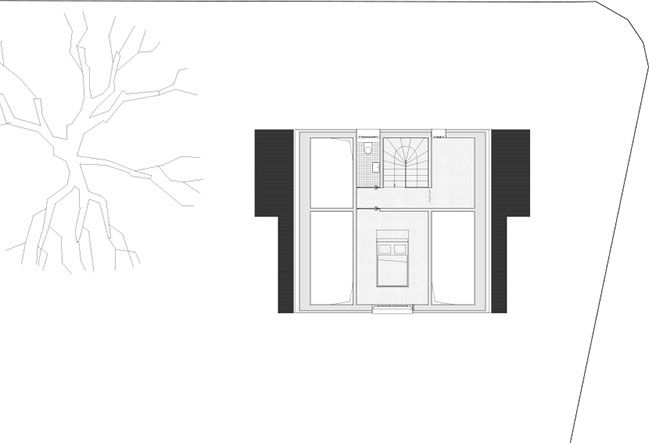 05 / 27 / 2021 The house made of spruce is a renovation with a partial replacement building. The original house was built in two stages...